BACK TO ALL OPINION BLOGS
Currently reading: Is there ever a right time to sell a treasured car?
UP NEXT
Opinion: Vandoorne back on form as Formula E hit Monaco

Is there ever a right time to sell a treasured car?

You’ll have seen all the reports about semiconductor shortages and used car prices going through the roof. Many people have chopped in, cashing in on the used bonanza and making the most of the buoyancy while it’s around. Including our own John Evans with his Mazda MX-5.

And why not? When was the last time car owners were quids in when it comes to retained values?

So in among all this, I decided to sell my pride and joy. It’s an Audi S1 - the hot hatch, not the ’80s icon - and it’s the first car I ever bought from new. I drove a couple when they were launched and vowed to own one one day. To me, it was and still is the perfect hot hatch: entertaining enough to make every journey exciting, with just the right mix of cheek and sensibility to fit in with 21st century life.

Crucially, it fits on our crowded isle. With 228bhp, it’s not so powerful that you’re in danger of crashing into the horizon, but it’s got enough oomph to keep the expensive multi-link suspension set-up on its toes.

So it was that I got in touch with an online auction site, because I thought the S1 might appeal to the sort of people who frequent it. Pick your audience, I reasoned, and hopefully it might add a thousand or two to the value. 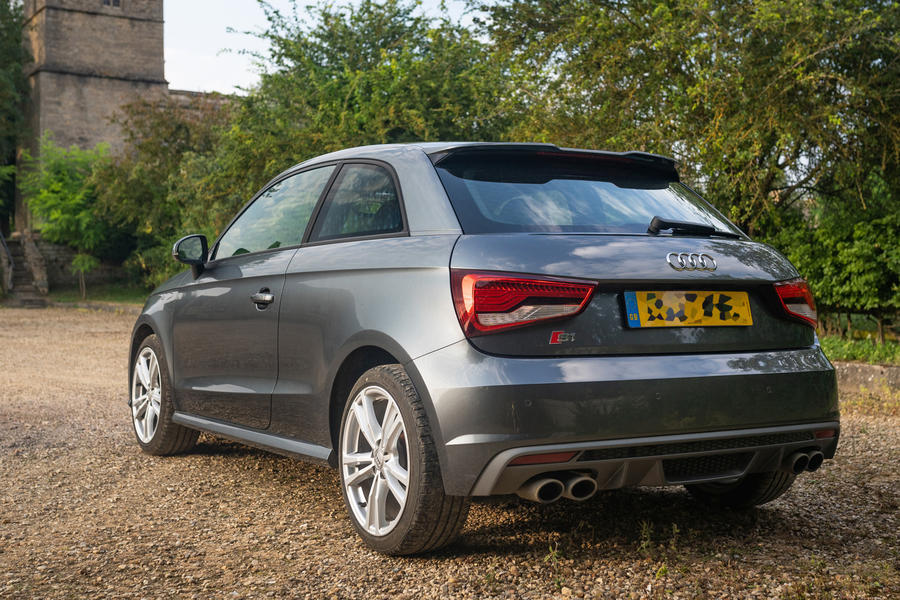 The cold hard maths made sense. I bought the S1 under a PCP scheme, so thanks to a healthy discount when new, my total bill over the three years, including the balloon payment at the end, was a nudge over £20k.

I’d provisionally set the reserve at the high teens and was hoping to get it closer to £19k or £20k by the time the virtual gavel fell. Four year’s ownership for four grand felt like a good deal.

And then came the fatal error. I drove it. The car has been SORNed since December in a shed at my folks’s place so I had to shuttle it back to get all the pictures done for the online auction. An hour’s trip, over some fairly ordinary roads. Nothing spectacular, but enough to get the engine warmed up.

And now I’m hooked again. It feels too good and too right to sell. Maths versus emotions.

Am I mad? Almost certainly. If the car-buying history of my family is anything to go by, I’ll probably end up with a dud that costs a fortune to run and rarely gets used.

Do I care right now? Not at all. There’s something about this S1, with its understated styling and last-of-the-line feel, that makes me think it’ll be the 2028 equivalent of how we all now look at the Peugeot 205 GTi or 106 Rallye.

Only time will tell. But it will be an enjoyable time.

I can understand the ..not letting go...I stuck to the idea I'll buy it, run it for six months, only drive it about two hundred miles a week, I know I'll lose a fair about of cash come trade time, but I didn't care, every time I drove it, a big smile went across my Face, the World didn't matter, I was having a great time, as you can read, I'm still talking about it fourteen years on, sigh!

My family have said why don't I sell my Golf 7R and put all the money in the bank as it's appreciated in value. I drive another car for work (when we used to travel round the country) and hence the Golf is not used much but I am absolutely 100% not selling it! It's of a similar mould to the S1 in some ways and it's great fun to drive. If I were Piers, I would not sell the S1 - there'll be instant regret!

At the moment with the Pandemic my Wife's Car in past year has only done about a thousand miles, it damaging it just by not driving, the C converter got choked so had a drive to clear, now the Turbo needs fettling, so, I can relate to this story in a way.