From £26,3856
Volvo’s first three-pot motor and standard suspension settings aren’t so flattering in a car that's markedly better to drive in other forms
Open gallery
Close

The entry-level petrol version (T3) is one of three new motors just added to the XC40 range, alongside the 148bhp diesel (D3) and 187bhp petrol (T4). It’s the first three-cylinder Volvo engine offered in the company’s near-century of manufacturing history.

The 1.5-litre, directly injected turbo petrol engine is Volvo’s three-pot extension of its Drive-E modular engine family. Producing 154bhp and 195lb ft of torque, it puts the entry-level XC40 in a fairly strong position on paper, in terms of peak power and torque outputs, compared with its nearest rivals.

But apart from one version of the D3, the T3 is also the only XC40 currently available for a list price of less than £30,000; and that’s partly because, alongside the new engines, Volvo has also fleshed out the range to include the lower-end Momentum and Inscription trim levels.

For now, the T3 is only available in combination with front-wheel drive and a six-speed manual gearbox, although an eight-speed automatic transmission will be offered later. On-demand four-wheel drive is available as an option on D3 and comes as standard on the D4, T4 and T5. 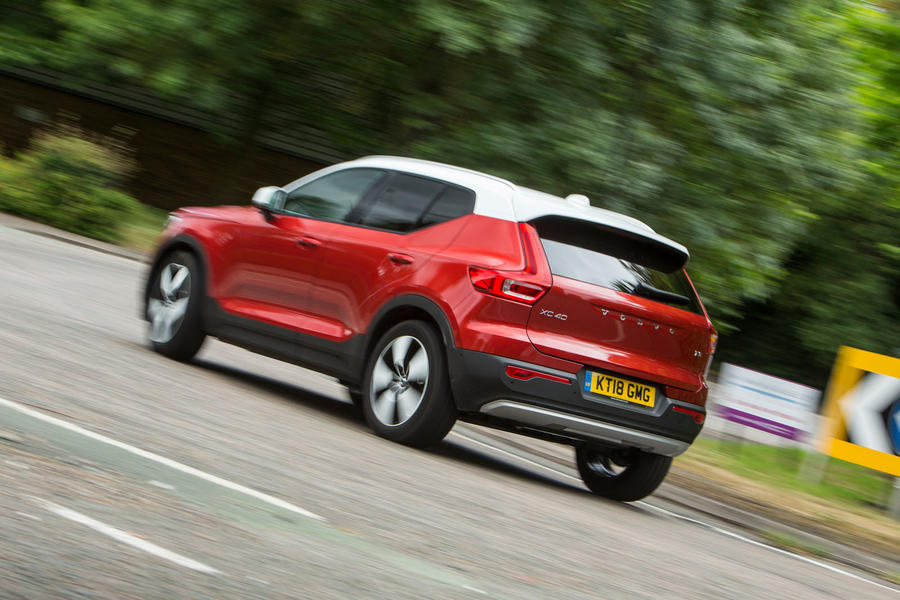 It takes a dip of your toe and a rev of that three-cylinder motor to audibly discern its cylinder count; this speaks highly of the job that Volvo has done to smooth out its vibrations at idle. The engine is quiet and smooth at cruising crank speeds, too, coming up with a likeable and enigmatic three-cylinder thrum under load and above 3500rpm.

This is an engine you’ll be working fairly hard fairly regularly, however, since it doesn’t create the sort of torque that effortlessly hauls the XC40 along in the higher gears. The car’s performance feels more than adequate around town and until you hit fifth gear.

It’s no chore to work it hard it, since the engine makes what torque it produces available across a broad range of revs; it stays keen even at high crank speeds, while the shift quality of the car’s six-speed manual 'box is weighty and well-defined. But making brisk progress on the motorway, and overtaking on an A-road, certainly requires more effort and forward planning than in other Volvo XC40s.

The need to work an engine this hard brings an inevitable and familiar compromise on real-world fuel economy — and a mildly concerning one, considering that this will be the powerplant adapted to work in Volvo’s smaller forthcoming ‘twin engine’ plug-in hybrid models. Be gentle with the accelerator and moderate with your cruising speed and you’ll see fuel economy of 37-38mpg from this car; if you’re hurrying and using the rev range to its fullest, it can quite easily dip under 30mpg. Which is more like the sort of efficiency we expect from a modern, medium-level hot hatchback than a compact SUV.

A pity that the XC40’s ride and handling are less comparable on the same terms. So far, all of our testing of the model has involved R Design and First Edition trims on sport suspension, which impressed with their creditable balance of compliance, body control and handling poise. Buy a Momentum or Inscription XC40, however, and you get regular springs and passive dampers as standard, with Four-C adaptive dampers available as an option — but not fitted to our test car.

On standard suspension, the XC40 doesn’t quite hit the same sweet dynamic compromise as some of its range mates. Body control, although adequate at town speeds, comes up notably short on the motorway and out of town, where it allows the car to roll to angles bordering on the uncomfortable during faster cornering. More disappointingly, the dampers-controlled suspension rebounds quite poorly, allowing the XC40 to pogo a little over rougher surfaces and also suffer from more head toss than in other derivatives.

The XC40’s interior remains an inviting and upmarket one, even at a lower trim level. Our test car (which, admittedly, had optional leather upholstery, the IntelliSafe Pro pack and panoramic sunroof fitted) impressed with its equipment level and its perceived quality, although it was a bit disappointing to find that some of the nicer materials you find in the front aren’t carried through into the rear.

Practicality levels are decent by compact SUV class standards, but not quite outstanding; those back seats could certainly be more accommodating. 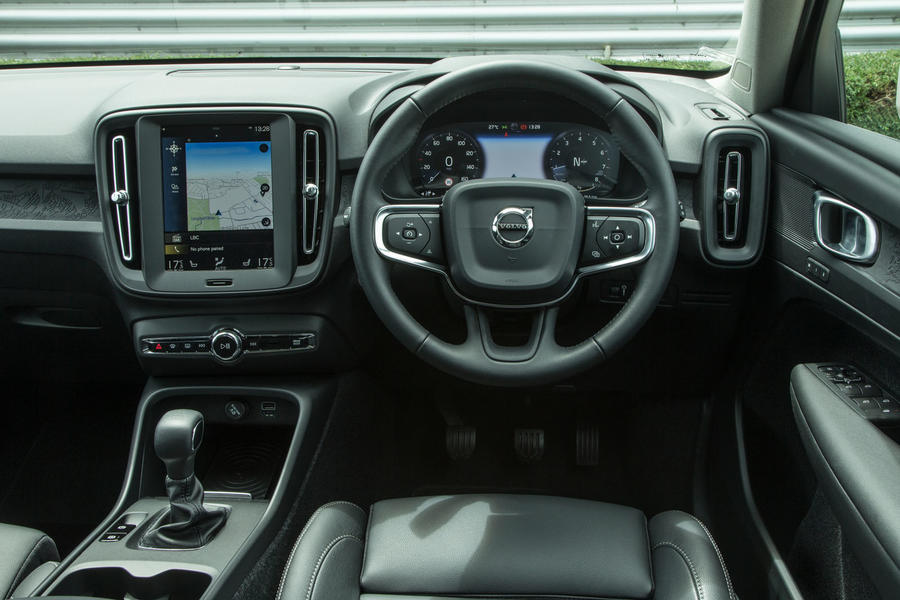 It’s too early to say exactly where this engine will rank among our favourite XC40s, given we have yet to try either a D3 or T4 variant — and also because both all-electric and plug-in hybrid derivatives are in the pipeline. But, on this evidence, the T3 is unlikely to be up there at the sharp end; there’s not quite enough efficiency and simple drivability here for that.

Potential owners should note, however, that you could address our test car’s ride and handling shortcomings by plumping for R-Design trim, with its ‘sport chassis’ as standard; and if wedded to three-pot petrol power, we’d do exactly that. 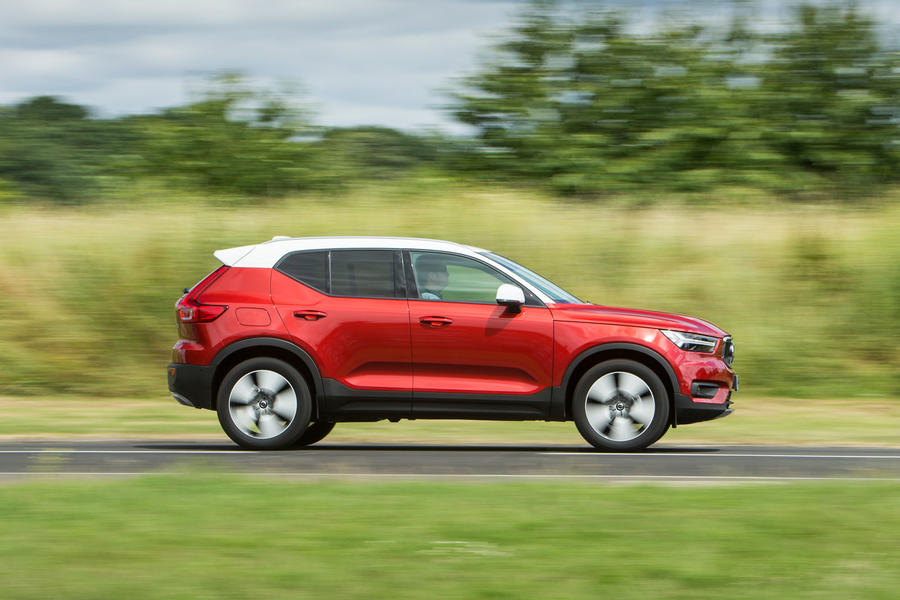 Always got the impression the XC40 was being a tad overrated (Car of the year winner, darling of the motoring press etc), and I guess here is a sign that maybe it isn't quite the second coming. Kudos to Autocar for calling it as they see it.....at least this time round anyway.