From £21,4458
Share review
Volkswagen's has high aspirations for its new crossover be the best in class and then some. We've driven the 1.0 TSI T-Roc out in the UK to see if it's as good as Wolfsburg says
Share
Open gallery
Close

Volkswagen is so confident in its new T-Roc that it doesn’t just expect to challenge for class honours; it reckons the crossover could be one of Britain’s best-selling vehicles.

The Volkswagen T-Roc 1.0 TSI SE you see here is predicted to be in heaviest demand, and for good reason; this is a brand with an enviable reach and dealer network, so flogging a mid-spec crossover - the nation’s best-selling type of car - should be easy.

However, the T-Roc will still have its work cut out. It faces a very strong list of rivals, including cars from its own stable, the Skoda Karoq and Seat Ateca, which, on paper at least, look like better propositions, because although they share the Volkswagen Group’s MQB underpinnings and a whole host of parts, the Czech and Spanish models are slightly larger and cheaper to buy.

To set the T-Roc apart, Volkswagen has given it a more premium, funky design while also engineering it to have a youthful character. Chassis development boss Karsten Schebsdat, the man who signed off the playful settings of the Golf GTI Clubsport and encouraged a more adjustable Polo GTI, believes higher-end versions of the T-Roc are the “most agile” in their class.

For today’s test, we want to find out if that statement stands true for the UK’s predicted volume-seller, which is fitted with a turbocharged 1.0-litre three-cylinder that produces a modest 113bhp and 148lb ft. Will crossover buyers be tempted by the T-Roc's trendy image, or will they be unable to ignore the value for money offered elsewhere? 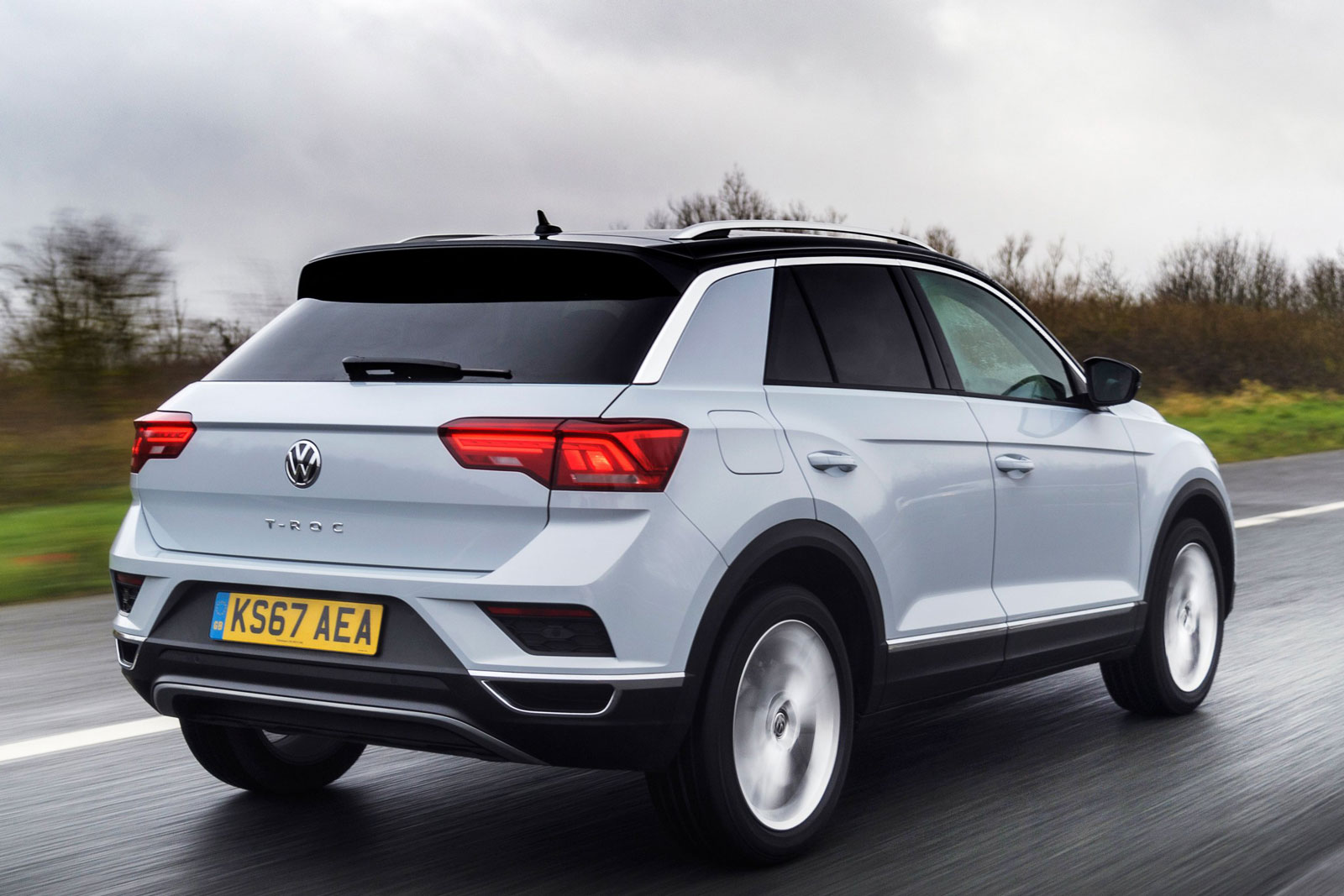 Compared to the rest of Volkswagen’s range, the T-Roc’s exterior styling is rather distinctive. It features quirky additions such as indicator lights that circle the fog light clusters and more boxy dimensions, along with a gently swooping roofline and angular lines.

You might expect this theme to carry across to the inside, but unless you opt for the more vibrant Design trim level, the interior's finish is comparably conservative – brushed aluminium-effect trim is about as exciting as it gets and the plastics feel tough rather than premium. That said, the dashboard design is tidy and contains an 8.0in infotainment touchscreen with key features such as Apple CarPlay and Android Auto smartphone mirroring. There’s no sat-nav in the SE, however. As standard, there's also no digital Active Information Display in place of the dials, although our test car (pictured) had this option added.

It’s easy to get comfortable in the T-Roc, thanks to a driver's seat that offers a wide range of adjustments and a steering wheel that can be pulled close. This leaves the T-Roc feeling only slightly taller than the Golf, but its 81mm-higher roofline ensures improved head room and better visibility.

On the move, the 1.0 TSI engine provides punchy mid-range grunt and a vigorous three-cylinder tone that, while being low in volume, gives off the aura of a lukewarm hatchback powerplant. Mated to a slick six-speed manual gearbox, it makes the T-Roc, even in this base petrol form, feel somewhat sporty.

Chassis guru Schebsdat hasn’t fallen short on his promise for a good handling car - the T-Roc rides and steers in the manner of a large hatchback rather than SUV. The front wheels are quick to respond to steering inputs and the damping is effective at eliminating wobbles or excessive body movement. Yet the car still has a supple ride on its 17in wheels, meaning you can make good progress along a B-road without fear of unsettling it.

There is, however, quite a lot of road noise on coarse surfaces, and the large wing mirrors can generate a fair amount of wind noise at motorway pace. But at no point does it become annoying or overly intrusive and, from the inside, the T-Roc feels rather Golf-like, which is a compliment.

For those in the back, there’s good enough leg room, but squeezing three adults on the back bench (which folds with a 60/40 split) will be a challenge. The middle seat is elevated by a few centimetres due to the transmission tunnel beneath - a compromise of the highly flexible MQB underpinnings – so head room there will be tight for anyone over 5ft 10in. Rear passengers are provided with a separate 12V power supply and two cupholders if they lower a section of the middle seat.

The car’s boot features a spare wheel beneath the floor. Its fitment removes a large amount of storage space, but it does at least mean the boot floor is flat to the lip, making loading and unloading heavy items significantly easier. Rear passengers can also reach into the boot through a ski hatch in the middle seat. These features ensure the T-Roc is more versatile than the Golf. 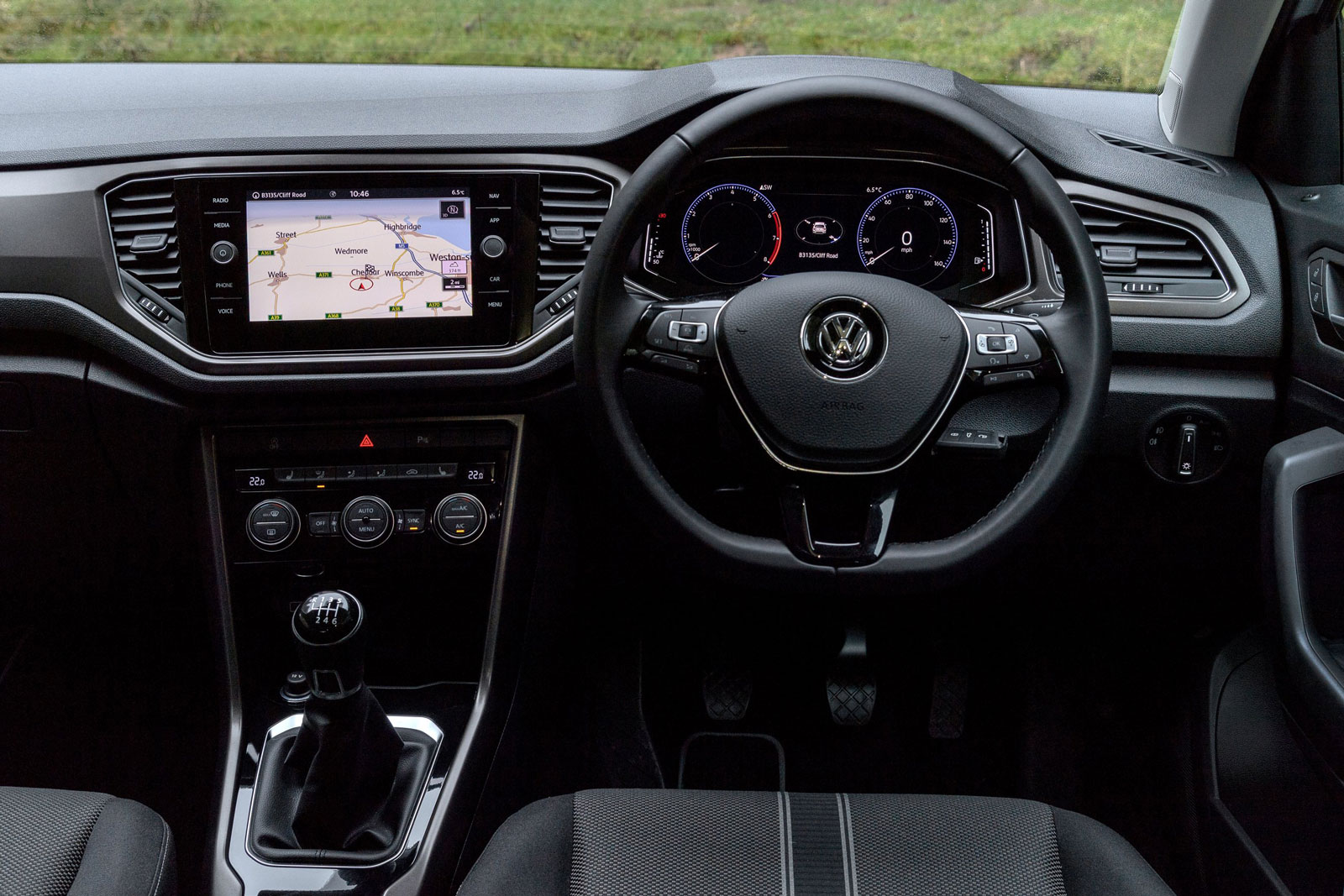 The T-Roc lacks answers for the class’s best when it comes to space, but the interior, while not the most original, is well put together and undeniably functional, and the whole car drives and rides like a quality product.

More importantly, even in low powered 1.0-litre guise, the T-Roc has a peppy and energetic character, flaunting on-road agility to worry lower-riding hatchbacks. And if we’re to see many more compact SUVs on the road, they might as well be ones that respond well to being driven enthusiastically. 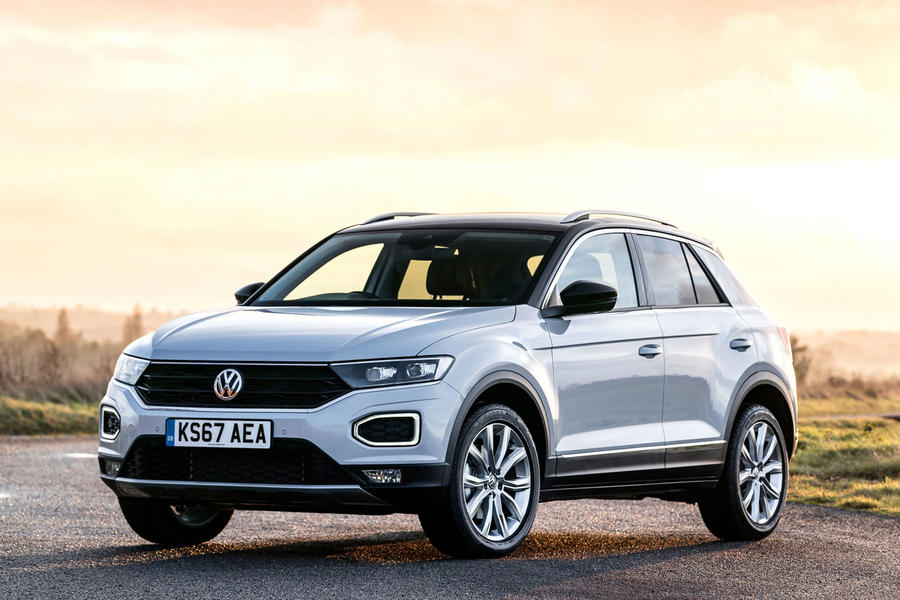 Love the styling but there are severe kangaroo symptoms when cold.

Readers should read the troc and other vw group forums prior to purchasing a 1.5 manual vw group car.

there are 100's of owners across the various forums with same problem.

This is so severe if I had known of the issue I would not have purchased the car.

I Am big fan of volkswagen and waithing for this one.

Do you think it will be good

Do you think it will be good for a family? I mean I have no doubts it's safe enough but essay writing service recommends verifying ergonomic effectiveness of the car.