From £38,2508
Urgent, easy and hassle-free to drive, and now with a more upmarket interior and upgraded digital equipment
Open gallery
Close

Sales of the first-generation Volkswagen T-Roc have exceeded expectations in many markets, including the UK. So it comes as no surprise that the changes made halfway through its planned eight-year life cycle are rather subtle.

With over one million deliveries worldwide since its launch in 2017, including more than 650,000 alone in European markets, Volkswagen clearly sees no need to radically alter what has, up to now, proven a very popular car. There are tweaks here and there, but there is nothing that fundamentally alters the appearance, performance or driving character of the high-riding five-door crossover-style hatchback and the more recently introduced two-door Volkswagen T-Roc Cabriolet sibling in any great way.

A new-look front end is the key exterior design change. It includes lightly reworked LED headlamps (optional with IQ Light matrix projectors with adaptive functionality), a revised grille with a more heavily structured black plastic insert and a light band either side of a larger Volkswagen badge, together with a redesigned bumper with new-look cooling ducts and daytime-running lights.

At the rear, there are lightly revised tail-lights with new LED graphics as well as a reprofiled bumper. The 2022-model-year T-Roc also comes with a revised set of alloy wheels, ranging from 16in to 19in in diametre. Alongside the standard model, buyers can also choose both Life and Style exterior design lines, with a choice of a two-tone exterior colour scheme and either aluminium look or black detailing.

There is also a new look R-Line exterior design line, as featured on the turbocharged 2.0-litre four-cylinder 2.0 TSI 4Motion model we drive here. It leans heavily on the look of the reworked range-topping Volkswagen T-Roc R with its own uniquely styled front bumper with high gloss black highlights, vertically stacked LED daytime-running lights mirroring the look of those seen on the latest Golf R and larger air ducts. 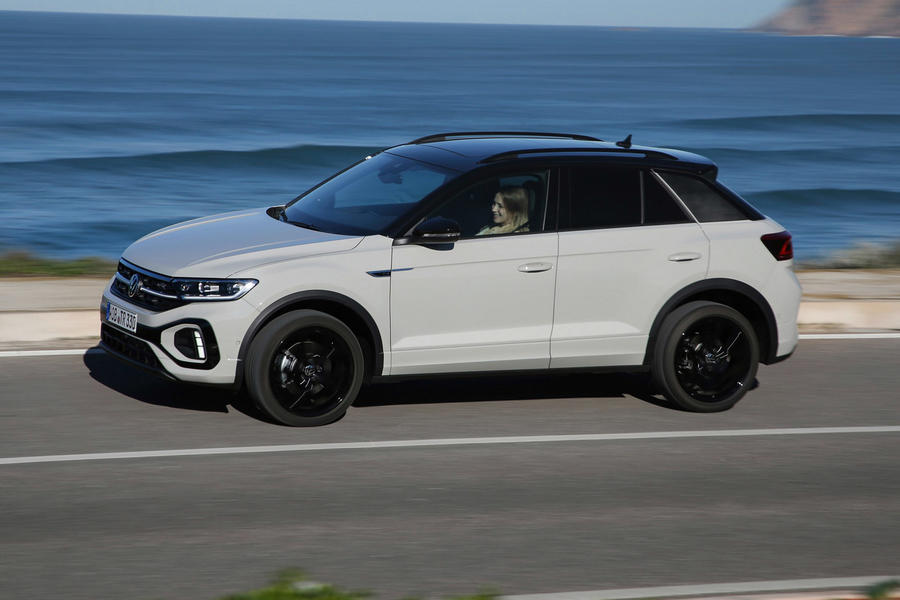 On the road, the T-Roc 2.0 4Motion is agreeably responsive with lots of usable performance. Its turbocharged 2.0-litre petrol engine displays smooth and willing properties on the way to its 6500rpm redline, providing impressive low-end flexibility for comfortable cruising traits and a good deal of mid-range urge under acceleration.

The firm claims a 0-62mph time of 6.8sec, so not far off the Volkswagen Golf GTI for overall accelerative ability. Top speed is put at 135mph.

Drive in the most powerful of the standard T-Roc models is sent through a standard seven-speed dual-clutch gearbox and fifth-generation 4Motion four-wheel drive system offering four main driving modes – Eco, Comfort, Normal and Sport – as well as an Individual setting that allows you to tailor the new Volkswagen to your liking.

There is an abundance of grip and traction, though the handling is short of true communication and the sort of interaction enthusiast drivers may seek. The steering – with a so-called progressive rack that varies assistance in any given driving situation, optionally fitted to our test car – is typically light but quite direct, if devoid of any real feel off centre.

With compact dimensions, the T-Roc is easy to manoeuvre in urban driving conditions and also satisfyingly precise in the way it turns into corners out on the open road. However, its raised ride height contributes to more body movement than in other more conventional hatchbacks. The ride is nicely composed on smooth roads, though it never feels as controlled as the Golf, with which it shares its MQB platform as well as its MacPherson strut (front) and multi-link (rear) suspension, even in combination with optional Dynamic Chassis Control, which brings adaptive damping properties.

Inside, the changes go deeper than those made to the exterior. Reacting to criticism of the hard plastic material of initial T-Roc models, Volkswagen has given the facelifted model a soft-touch dashboard as part of efforts to provide it with what officials described as “a more premium feel”. It retains the same basic design as before but now houses a new standard 8.0in Digital Cockpit instrument display and revised tablet-like 6.5in (or optional 8.0in and 9.2in) touchscreen infotainment display.

The facelifted T-Roc’s infotainment system receives new menus and graphics as part of a third-generation MIB (Modularen Infotainment Baukasten) upgrade, making it easier and more intuitive to operate than before, though the reaction time to swipes and other commands is still a little tardy compared with some rivals.

There is also a new selection of coloured trim elements, redesigned fabric door trims, revised switchgear, including touch-sensitive controls and a slider for the air conditioning within the centre console, as well as a multi-function steering wheel with capacitive controls from the latest Golf. 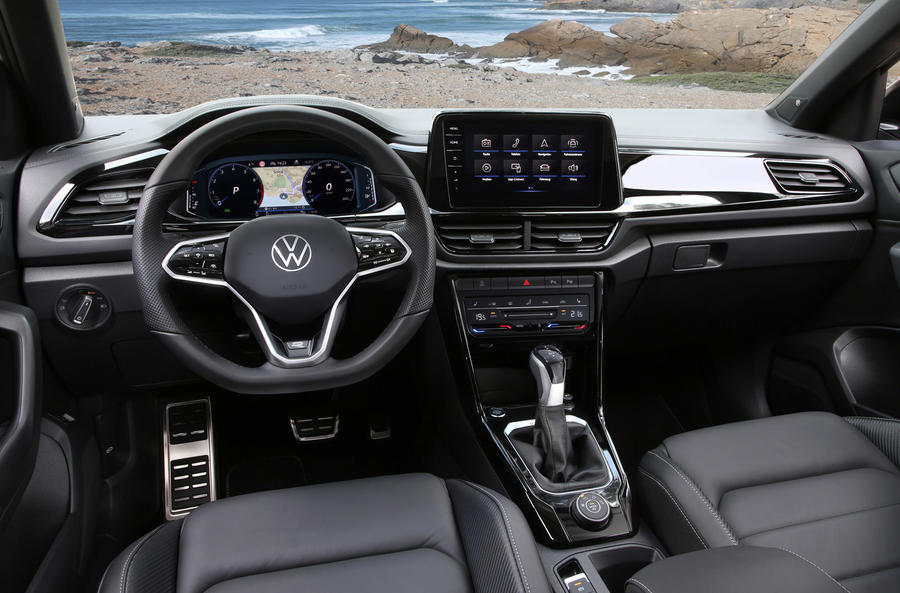 The T-Roc remains a hassle-free car with versatile qualities. The core character remains, but the changes, as subtle as they are, make the facelifted model more satisfying to live with than its predecessor.

Prices have risen in line with greater levels of standard equipment, though. It’s not exactly cheap.

Even so, expect it to prove just as popular as its predecessor, if not more so. 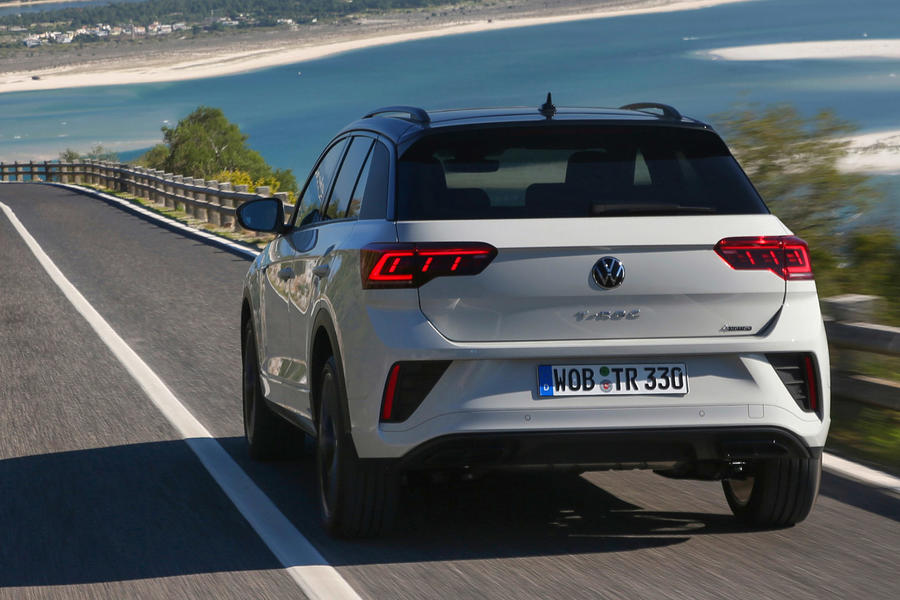 It's still got an interior with cheap plastics especially the top of the dash which is not as good as the Polo.