From £18,430
VW's 48V mild hybrid technology is still a few years away from production, but we’ve sampled a prototype Golf fitted with it and are suitably impressed
Open gallery
Close

Volkswagen’s Golf 1.5 TSI MHEVs (mild hybrid electric vehicles) are engineering prototypes equipped with the firm's new 48V electrical systems, which are likely to become commonplace in the next couple of years.

The 48V systems are simple, mainly because, unlike a full hybrid or plug-in hybrid, they operate at low voltage, making them relatively cheap and easy for manufacturers to install.

They consist of a belt-integrated starter generator (BISG) and 48V lithium ion battery that's about the size of a conventional 12V battery. The 12V battery is retained to drive the conventional electrics and is charged from the 48V system. The BISG can boost acceleration, recover energy and store it in the lithium ion battery when the car slows or the brakes are applied. It makes stop-start much faster and smoother because of the extra power compared to a 12V starter system.

We briefly tried two versions, the Golf MHEV and Golf MHEV Plus, at Volkswagen's Ehra-Lessien proving grounds. The first is a straightforward front-wheel-drive Golf MHEV powered by a 148bhp 1.5-litre TSI turbocharged petrol engine, equipped with an 8bhp BISG and a prototype of the all-new DQ381 seven-speed DSG automatic transmission. The MHEV Plus has an additional 34bhp electric motor driving its front axle.

The MHEV Plus we tried is one of two configurations – the second motor can also be used to drive the rear axle, effectively giving the car part-time all-wheel drive. In that guise, torque to the rear wheels is less than that of an engine-powered all-wheel drive system but still provides useful traction off-road, and engineers say it can be used to improve cornering balance on the road by neutralising understeer. 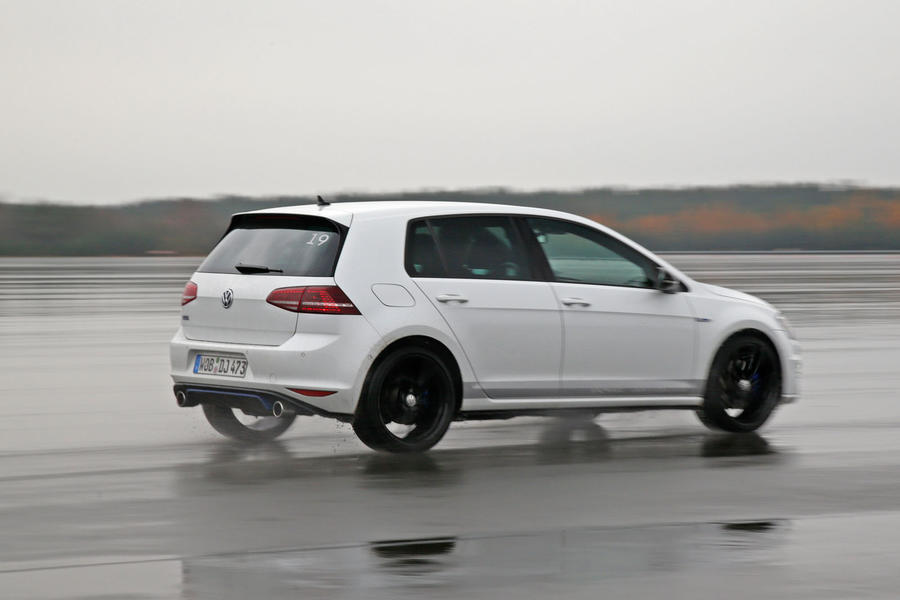 The regular MHEV feels fully integrated to drive and pretty much production-ready. Its power delivery is smooth and linear and stop-start events are as smooth as promised. The main difference between this and a conventional Golf is that the gearbox can decouple from the engine, allowing it to shut down so the car can coast to save fuel. That’s where the smooth restarts are of most benefit. When the car is slowing with the engine running, the BISG acts as a generator to charge the 48V battery.

The MHEV Plus is more noticeably a prototype, mainly because adding an additional motor creates a far more complex system. Bringing the second motor into and out of play and smoothly blending the torque between the two motors and the engine is extremely complex, so at this stage, slight steps are noticeable. Production versions will have fully refined software, making transitions seamless.

We weren’t able to drive the all-wheel-drive version but did observe an engineer extracting a Tiguan from deep, wet sand using it. In front-wheel-drive form, the SUV was stranded, but with the rear drive switched on, it managed to drive out of trouble with reasonable ease on winter tyres. In a similar demonstration, the Tiguan was driven up a steep slippery slope that it couldn’t manage in front-wheel-drive mode. 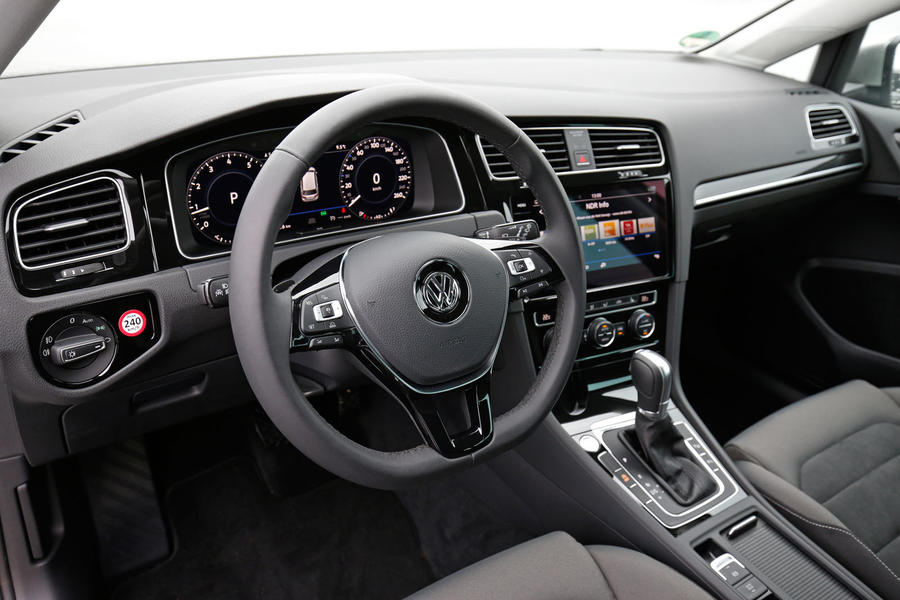 The likelihood is that in a few years time, you may not have much choice. Electrification of cars to recover and reuse kinetic energy through regenerative braking is the only way manufacturers will meet future CO2 and emissions regulations.

However, the good news is that MHEVs are even better to drive than standard cars. The electric boost neutralises turbo lag, sharpening response to the accelerator; the systems don’t add as much cost as a high-voltage PHEV or full hybrid system; and the fuel consumption benefits should be significant, as long as cars don’t become further bloated with even more heavy features.

Given the option, at the right price, an MHEV will be an all-round better choice than a standard combustion-engine car. 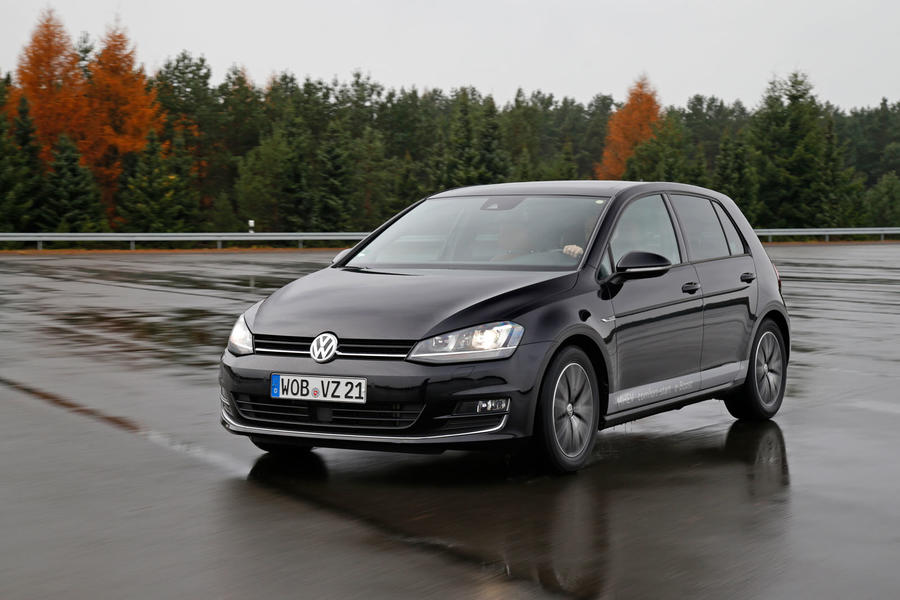 Its taking them time to work

Its taking them time to work out what is the smallest possible motor and battery they can get away with bolting on their stinky old engine to just about help it round the emission test so they can legally frig their ratings this time.

This sort of tech makes most sense when it can be used to provide reasonable proformance for a small capacity engine, partuicularly in relation to petrol engines. As small capacity turbo petrol can be fitted with a larger turbocharger where there is electric assistance to fill in any gaps in torque and turbo lag. A 1.0 litre MHEV should be able to provide similar performance to a 1.6 turbo petrol, especiually in terms of torque.

I for one am quite glad that

I for one am quite glad that Volkswagen are taking their time with this, in fact I'd encourage them to take even longer to develop it properly and forget these silly ideas of being "number one" all the time (unlikely I know..). We all know what happens when they get impatient and take short cuts.