6
This convertible crossover doesn't have any natural rivals, but does that make it a winner?
Open gallery
Close

Let’s be honest, this isn't your classic road-testing car: it’s just too easy to be cynical about a roof-less SUV. But then you look at the sales figures and it becomes clear why Volkswagen builds it.

In the year to the end of July, the Cabriolet made up 6.9% of Volkswagen T-Roc sales in the UK – not a bad return, but not a patch on Germany, where the proportion was 28.8%.

Before we go much further, it’s worth pointing out that the car you see in these images isn't the Design model on test. The pictures are of a car in R-Line trim, the major differences being the badging, deeper front and rear bumpers, rear spoiler, plus some of the jazzier interior elements, like the stitching on the R-Line sports seats and body-coloured decorative dashboard and door panels.

We’ve driven the 1.5-litre turbo petrol before, but this time it’s the turn of the 1.0-litre turbo petrol triple, in base trim, with just 109bhp and 148lb ft. In an era of increasing electrification, it’s fair to say that these numbers don’t represent the punchiest of potential, but for where this car is aimed (and 37% of UK buyers plump for the 1.0 TSI), they’re adequate.

Accelerating from 0-62mph takes 12.3sec, it’s strictly a front-wheel drive car, despite the looks and the transversely mounted engine sits within a slightly longer wheelbase than the regular T-Roc. The Cabriolet still rides on the Volkswagen Group’s MQB platform, but it benefits from extra strengthening around the A-pillars and windscreen, as well as reinforcement to the underbody to aid rigidity.

The roof folds easily and automatically in just 15sec and drops straight into a space above the boot. There’s no need to raise or lower any dividing shelves within the boot, as the canvas just folds straight into its own compartment, separate from everything else.

Inside, the interior is a generation behind the latest Volkswagen products, so there are more physical buttons for the climate control and radio. Our car came with grey-and-beige leather seats, which probably wouldn’t be my first choice, but they do at least help to lift what is otherwise quite a black, if well-made, interior.

The T-Roc Cabriolet is a genuine four-seater, with enough space in the rear for two adults of average height, even if they do have to fold themselves past the front seats to get there. Unlike the regular T-Roc, it's a three-door. 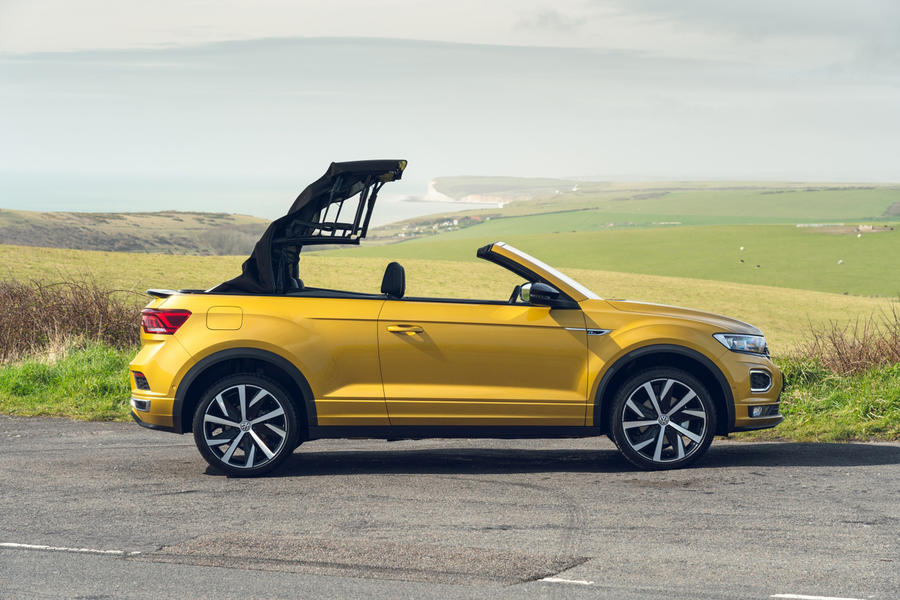 This isn't a car to rush around in. It’s not the zingiest of powertrains, but the 1.0-litre engine has a nice thrummy engine note, typical of small triples, and is refined.

Because the peak torque doesn’t come in until 2000rpm, this isn’t the sort of car where you can leave it in a high gear and let the torque do all the work. It’s only once you hit 2000rpm that the turbocharger starts to spool up properly – and with a sudden dollop of punch, too. It’s quite an elastic power delivery.

But for gentle roof-down motoring, it’s perfectly acceptable. You just need to work the gearbox more than is ideal. The six-speed manual has a decent short throw but, like a lot of Volkswagen manual ‘boxes, is a bit notchy as it moves across the gate.

Despite the additional strengthening in the chassis, there’s still an element of scuttle shake across rougher surfaces. The ride of our Design wasn’t quite as firm as that of the R-Line, thanks in part to smaller wheels and lack of lowered sports suspension; but when it hits a pothole, you still definitely know about it. It’s one of the few elements of the car that feels slightly out of kilter with the overall brief of relaxed driving. 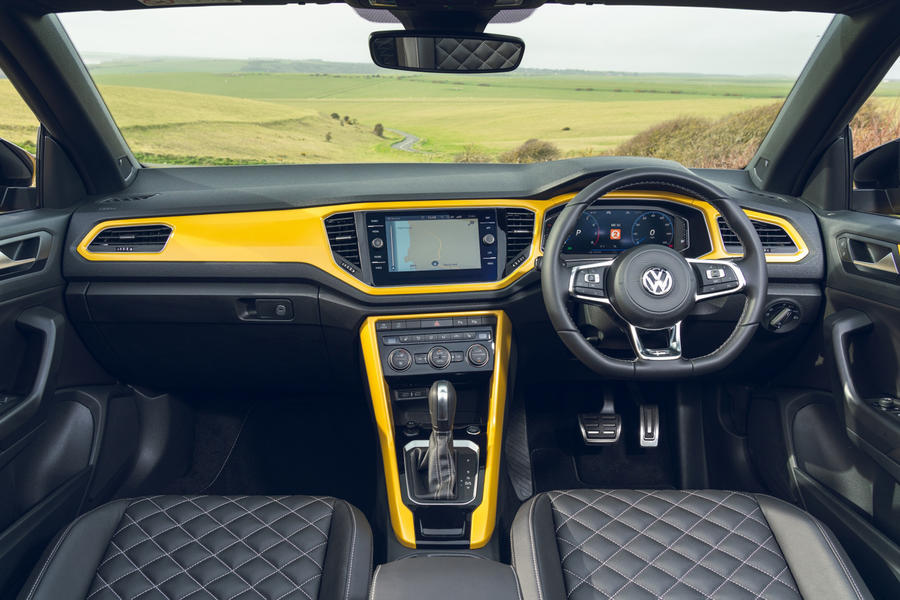 Truth is, there aren’t many rivals for this car, even if you ignore the rare-groove SUV-without-a-roof niche that it sits in. Manufacturers just don’t build many convertibles any more.

So if that’s what you’re looking for, then it works well. The 1.0 TSI doesn’t solve the shortcomings of the 1.5 TSI, but it is £3835 cheaper, and it’s easy-going nature makes more sense in this type of car. The T-Roc Cabriolet isn’t the last word in dynamics, but it's one of the few ways for the wind-in-your-hair cliché. 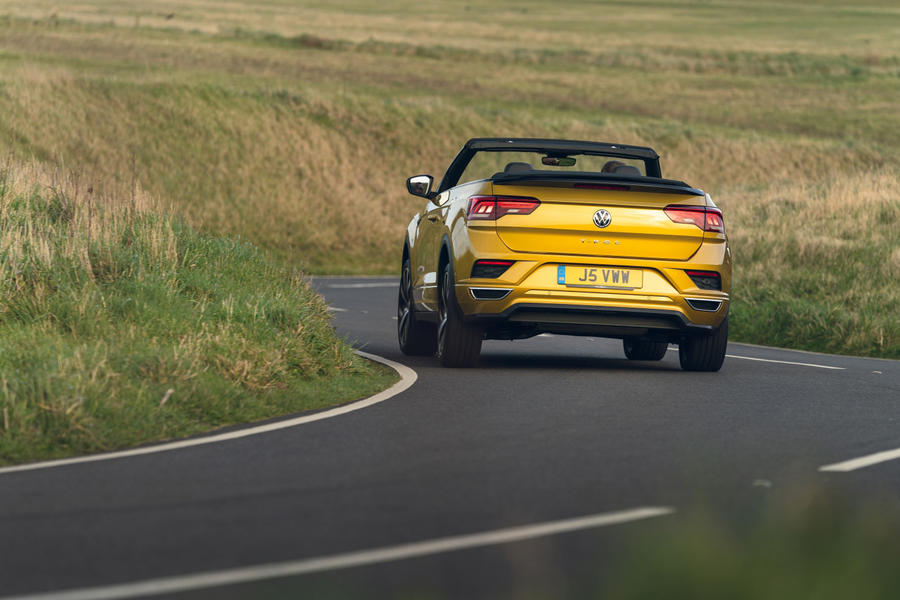 Log in or register to post comments
TS7 8 September 2021
I'm not sure why Autocar, and they're possibly not the only guilty party, can't photograph the car they are actually testing.
Bob Cholmondeley 7 September 2021

Convertibles should be stylish, it used to be a key part of the appeal. This is as stylish as a skip unfortunately, like many any other chopped hatches before it.

Suddenly the PT Cruiser Convertible isnt the most pointless car ever built, and the Evoque Convertible was possibly not so stupid after all, then again, I could be wrong because its bloody horrible.