From £36,3248
Share review
If you have a lifestyle where you need the flexibility of a multi-purpose vehicle, look no further
Open gallery
Close

Don’t worry if you’ve just had to do a double take. Yes, you are still reading Autocar, and yes, we are reviewing a van.

But before you think we’ve gone completely off the rails, let us do some explaining. You see, at its core, the Volkswagen Caravelle may be based on the Transporter T6 van platform, but look beneath the slab-sided bodywork and it quickly becomes apparent that it's far more than just a commercial vehicle with seats and windows.

Indeed, the Caravelle’s mission, ever since it was introduced alongside the third-generation Transporter, has been to combine the material and dynamic refinements of a passenger car with a level of practicality that goes far beyond what is available from a seven-seat SUV, and this new T6.1 model continues that tradition.

So, in addition to a number of exterior tweaks that include a larger front grille, revised LED lights and a range of new colours, inside you’ll find a heavily revised dashboard, a digital instrument cluster and plethora of new assistance and safety systems. 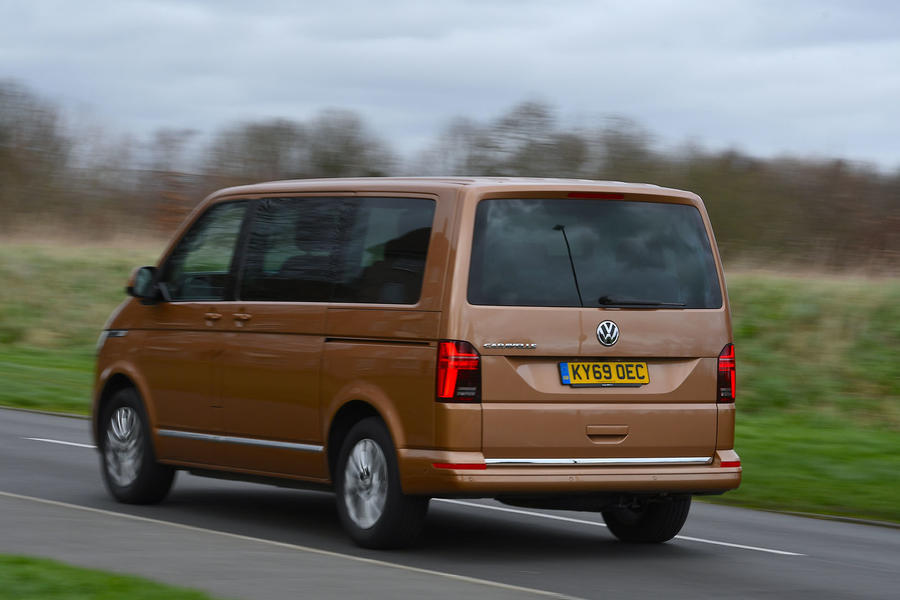 The changes Volkswagen has made are surprisingly effective. Climb up and into the Caravelle’s high-set cabin and automatically you expect to be surrounded by a decidedly commercial-looking environment, but instead you’re greeted by a luxurious leather multifunction steering wheel (borrowed from the new Mk8 Golf), a plethora of solid feeling materials and a huge 9.2in touchscreen (a smaller 8.0in system is also available).

The latter not only helps to give the cabin a slicker look, but the way it works seamlessly with Volkswagen's fantastic digital dials (optional on SE trim and standard on Executive) is impressive.

Sitting up front isn’t necessarily the best seat in the house, however. As standard, the middle row is made up of two captain's chairs that can pivot around to face the three-seat third-row bench (perfect for on-the-go business meetings), while there’s a multifunction table between the two middle seats that can move in multiple orientations. And of course, because the Caravelle is based on a van, all the seats can be removed, leaving you with a load bay that makes the BMW X7’s boot look pokey.

You can also rest assured that whatever you decide to throw in the back, be that some camping equipment or a motorcycle, it isn’t going to blunt the Caravelle’s straight-line performance. In T6.1 specification, buyers get the choice of either a 148bhp 2.0-litre diesel engine or a twin-turbocharged version of the same unit that puts out a whopping 196bhp.

We tested the latter in front-wheel-drive configuration (four-wheel drive is available for those who need it), and while the Caravelle’s performance isn’t exactly scintillating, it’s surprising just how easily it hauls up to motorway speeds even when fully loaded. The engine also remains relatively hushed when revving hard, and at no point does it make significantly more fuss than an equivalent four-cylinder diesel SUV.

Even the dual-clutch automatic gearbox is impressively snappy, although we do wish it would engage with a bit more delicacy from a standstill; it can be all too easy to spin the fronts, even on half-throttle.

Handling is better than you would expect from a high-sided vehicle, with the new electromechanical steering allowing you to place the front end accurately on the road, while there's plenty of grip and a manageable amount of body roll.

However, it’s disappointing that Volkswagen hasn’t taken more time to tune the ride, with sharp abrasions sending significant shudders through the cabin. It's a surprising oversight, as ride quality is one area where seven-seat SUVs have truly moved the game on in the last few years, with models like the X7 providing passengers with luxury-limousine levels of pliancy. 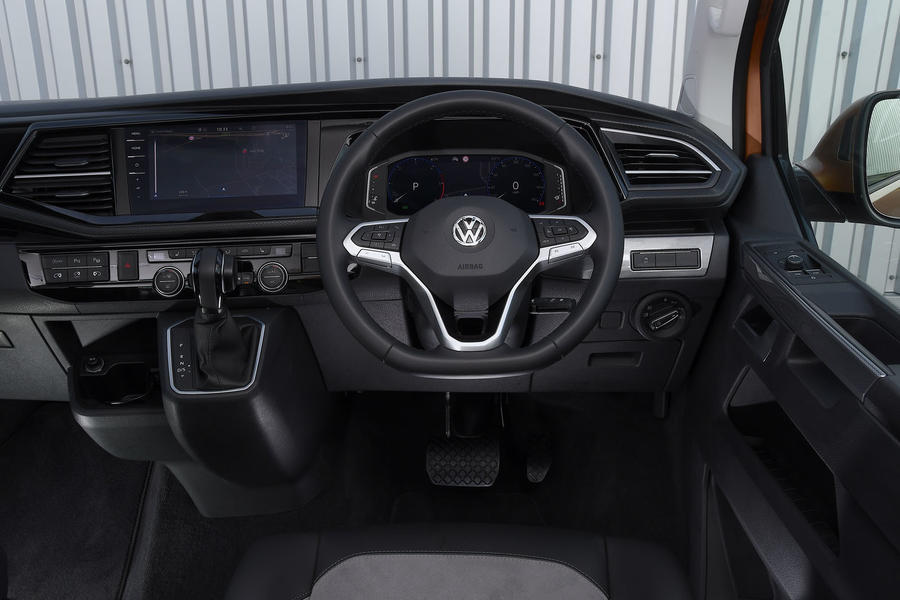 Which brings us neatly to the all-important question. With a wealth of brilliant seven-seat SUVs populating the market, does the Caravelle still represent a convincing do-it-all alternative in 2020? The answer, for us at least, is a resolute yes.

Over the past decade, seven-seat SUVs might have become plusher, sharper to drive and more desirable, but if you need one vehicle to do it all, including eat, sleep, work and play, they don’t get close. Put simply, the Caravelle still represents the ultimate lifestyle vehicle, and long may it continue to do so. 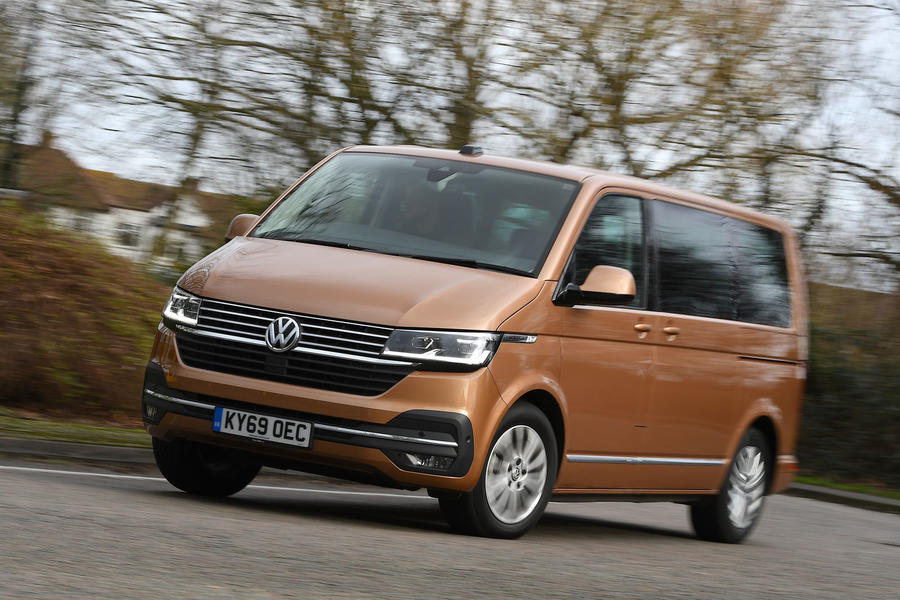 I was in the market for an 8

I was in the market for an 8 seater, so straight away, the Caravelle is a non starter. Seems ridiculous they do not do an 8 seat version as their rivals do.
jer 12 June 2020

agree another van and think the other vans

have caught up such as Ford and Peugeot.  I know a few people with them though and they make the statment; large family, propserous, outdoor sports. Personally I think the should be priced as a van with seats.

Save a shed-load and get a

Save a shed-load and get a better to drive Peugeot Traveller. Vans like this are seriously handy to have. Ours goes back in September and is sure to be replaced by another.