If not from the blue paint then by the rakish looks you will be able to tell that this is a fast Volkswagen. An Arteon estate, or Shooting Brake, as they prefer to call it, which is a big wagony thing that steals all the thunder of the Passat and, in its standard form, is a car I have a rather lot of time for.

And in this colour, and with this stance, and on the 20in alloys pictured (19s are standard in the UK), this is the Arteon R. If you had to guess what this meant, because it’s a fast big VW you might take a punt on it having a tuned 2.0 EA888 engine like the one in the Golf R, mated to a dual clutch gearbox and driving all four wheels.

And you’d be right. It’s basically the same drivetrain, with 316bhp and a seven speed ‘box and, although no more than 50% of the torque ever goes to the rear, up to 100% of that rearward torque can be diverted to an individual rear wheel, to tighten the car’s line particularly on the way out of a corner, to make it turn better and be more dynamically engaging. To an extent, anyway, but we’ll come to that.

Inside, the Arteon R gets a few highlights to suggest that it’s sporty, such as mock carbon inserts, blue stitching, grippy seat trim and, on the overburdened infotainment, if you personalise your own drive mode you can pick from 15 different states for your dampers. Yes, that is too many. 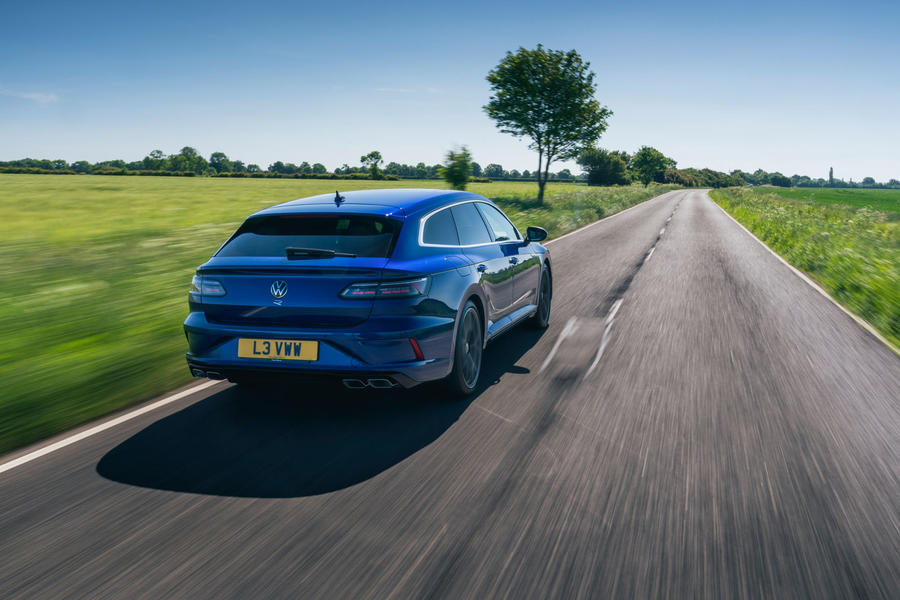 It remains, though, an extremely practical car. The driving position is brilliantly true and widely adjustable, and the ergonomics while good, not as bad as a VW Golf 8, are not quite as brill as a VW should be.

On the road the Arteon R is agreeably habitable, although I suspect it would be more so again on the 18alloys that are standard overseas, but we like big alloys here despite our terrible roads. But if you had to spend all day at the wheel, and I pretty much did, the odd thunk aside it’s quiet, comfortable and easy, with moderately weighted and responsive controls.

That chilled demeanour extends to the handling. Volkswagens, even fast ones, tend to have a safe, approachable, friendly dynamics that sets them apart from the sportiest Fords or Renaults, which tuck-in on the way into a corner and feel extremely mobile.

VWs don’t tend to do that, even in their most extreme form when its engineers are removing the rear seats from a Golf and haring it around the Nurburgring.

So you can imagine that they definitely don’t in a 4.9 metre long estate car, which is fine. It steers accurately and keenly, there’s just enough in the way of body movements to remind you of the kind of car you’re driving, and it has grip and traction to spare; the 4wd is at its most noticeable if, say, turning onto a faster road in a hurry. No slip, no scrabble. Just fast, drama-free, impressive progress, and quite enjoyable too. Which rather sums up the whole experience. 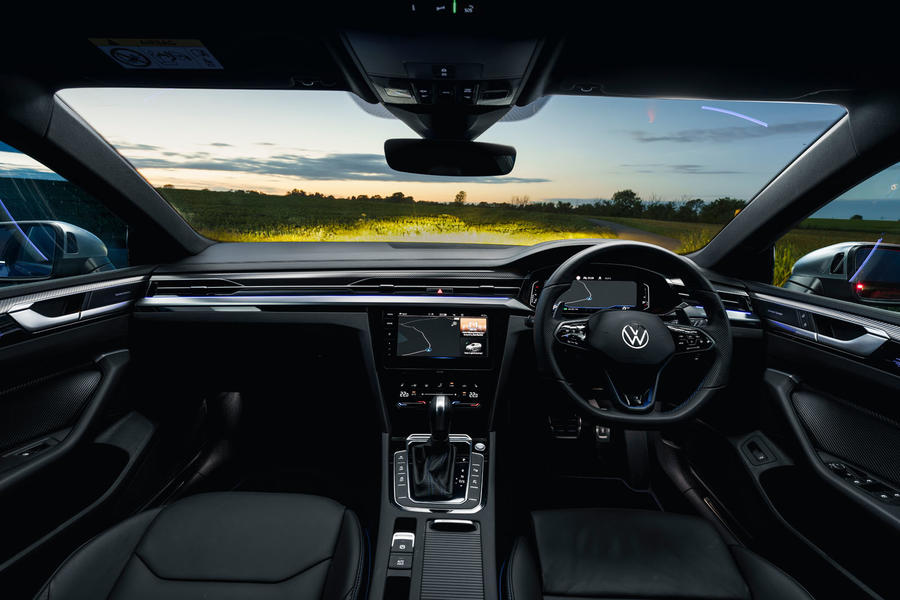 And I rather like that. This has the vibe of being a lovely car to live with. I suppose you could have a Golf R estate (which has a bigger boot) but this is more accommodating in the back seats and, to me, better looking.

It is, mind, also not entirely cheap, at £52,435 before options (the hatch, also available, is £51,615). That leaves it pretty much on the money with plug-in fast estates like the Peugeot 508 PSE, Volvo V60 Polestar Engineered and BMW 330e Touring (with their sometime-zero-emission advantage) and quite a lot of other quick wagons too. But still, this is easy to recommend. 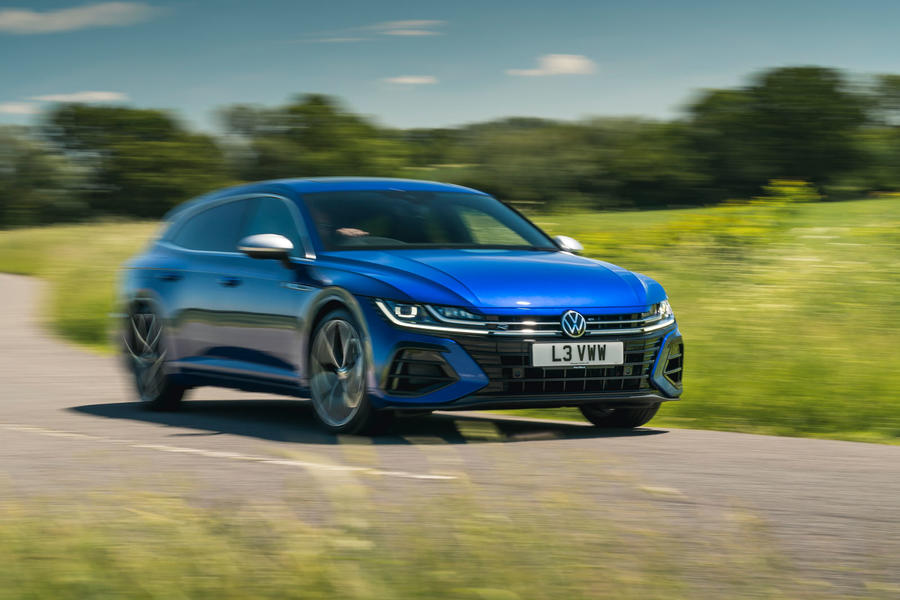 How many cars are VW going to put the same 'R' drivetrain in? It's just boring and predicatable. And I don't really see the point in this. So many other more interesting competitors. If you want this drivetrain and lots of space from a VAG car, a Skoda Superb Sportline 280 is £10k cheaper, or if you want power and luxury a BMW M340i or 540i Touring offer a 6 cylinder engine for not much more money.

The VW Arteon doesn't sell well and also deprecates more heavily than other VW Group cars. Therefore this Arteon R Shooting Brake will be a used car bargain in 3 to 4 years time.

@LLMaybern: Why not? VWs are as well put together as premium brands. The difference between high end VW and Audi in terms of material quality is paper thin.