From £22,0349
With minor chassis revisions, Toyota's latest GT86 improves what was already one of the most rewarding rear-wheel-drive coupés on sale
Open gallery
Close

When Toyota first unveiled the FT-86 concept back in 2009, the automotive community went into a collective frenzy. Finally, a manufacturer had summoned the courage to give driving enthusiasts what they’d long been calling out for: a low-cost, low-weight, rear-wheel drive sports coupé.

However, the long road of taking a car from concept to production can often be a perilous one, with focus groups and dispassionate accountants often corrupting the designer’s original vision. Thankfully, project leader Yoshio Hirakawa (the man responsible for the development, testing and production of both the GT86 and Subaru BRZ) ensured that the production cars lost none of the purity that made the initial concept so enticing.

The key ingredients were compelling: a lightweight chassis, a naturally aspirated 2.0-litre flat-four engine and a centre of gravity lower than a Ferrari 458’s. It sounded like a purist’s dream, and for the most part, it was. But as with all cars, there were areas of the GT86 that we thought could be improved - areas that Toyota claim to have addressed with this mid-life update. 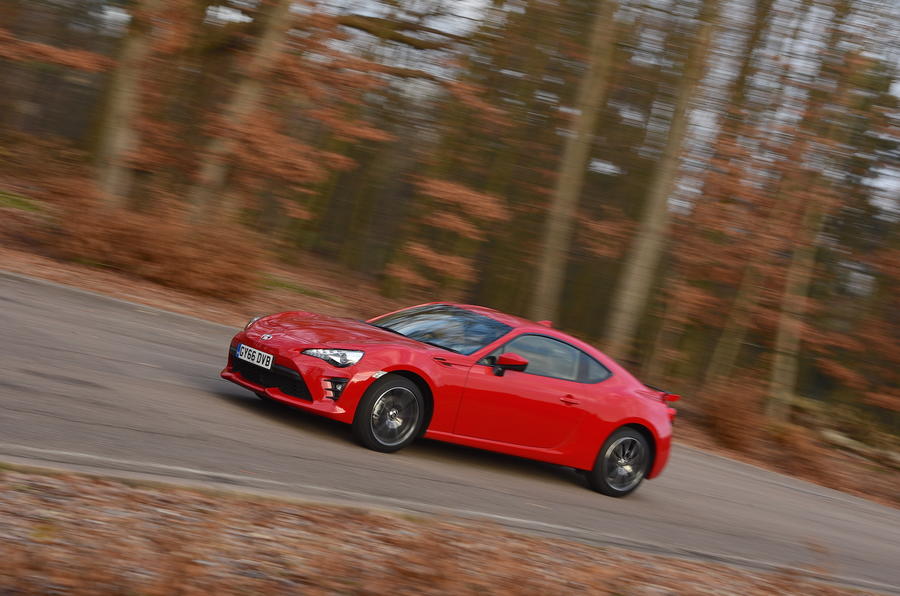 The relatively soft suspension has been stiffened, the cheap looking interior has been reupholstered and the ageing exterior has been treated to a whole host of changes - including LED headlamps, an all-new bumper design and more prominent aero. So, it’s a rather minor facelift, then, but one that Toyota claims will make the car more responsive, as well as more liveable.

But what about the engine I hear you cry? Well, those craving straight-line speed are set to be disappointed, as Toyota has not seen fit to add more power - meaning that the car’s 2.0-litre four-cylinder boxer engine still produces 197bhp and 151lb ft of torque. As a result, the 0-62mph time remains the same 7.6sec and the car's top speed is still a rather paltry 140mph. But as we came to find with the first generation car, power is not everything.

Unsurprisingly, with such minor modifications, the new GT86 feels very similar to the car it replaces – and by that we mean it’s certainly not fast in a conventional sense. Peak torque – a rather weak 151lb ft - comes in at a heady 6400rpm, but thanks to direct injection and a Toyota-derived cylinder head, the four-cylinder boxer motor loves to rev. That means quick progress demands fast gearchanges and clever footwork, but it rewards with exhilaration, giving you the sense that driver’s skill makes a real difference.

Turn in to a quick corner and there is still some initial body roll, but it’s well contained and doesn’t upset the balance of the car. More noticeable, however, is the revised steering, which immediately feels sharper and more direct. We suspect that the biggest contributing factor to this new found dartiness is the smaller diameter steering wheel - the smallest the brand has ever used - but the various chassis modifications and the tweaked electric steering have also contributed to increased communication through the rim.

By tweaking the dampers and stiffening the suspension, the new GT86 also feels noticeably more progressive up to, and over the limit. On a constant throttle, where the old car would push on, the new model holds its line valiantly, with the rear end stepping out in an easily controllable manner. On the right roads and in the right conditions, it’s without a doubt one of the most grin-enduring cars currently on sale. 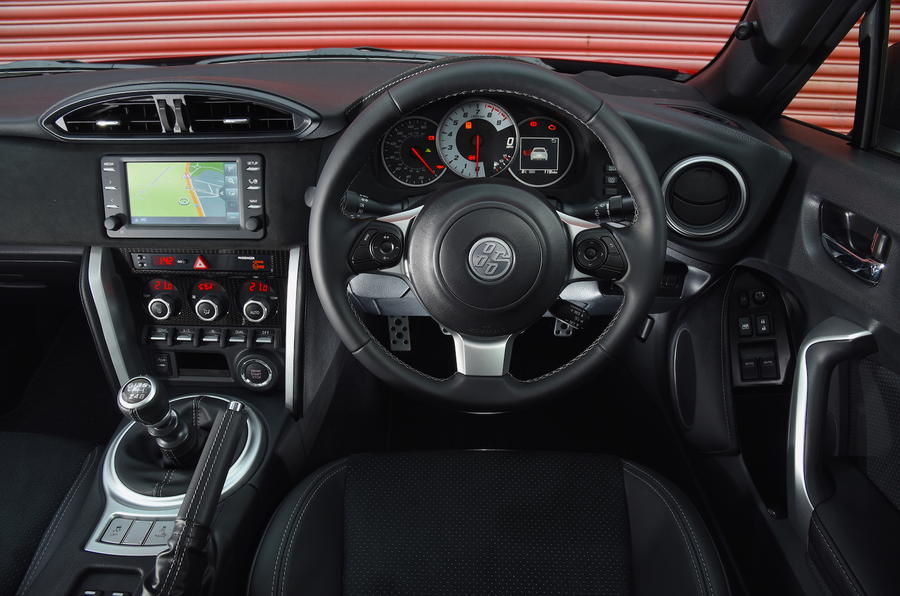 When you do eventually back off, however, it’s unlikely that you’re going to be as enthralled by the GT86s updated interior. For 2017, the cabin gets a new infotainment system, a small TFT instrument display and some nicer materials. And on first inspection, it’s certainly an improvement, with audio controls on the new steering wheel a welcome addition. But if we’re honest, it’s simply not enough to lift an interior that wouldn’t have felt out of place in the 1990s.

Despite the interior updates, the GT86 is still no easier to live with. Its stiffer suspension patters over small undulations, the engine drones away at low rpm and it’s genuinely difficult to ignore the fact that you can buy a number of faster machines for similar money. But get the GT86 on the right road, and you quickly forget about all of that.

Back in 2012, we wrote that there was nothing on the market that offered the same level of “poise, balance and, crucially, accessibility” as the Toyota, and the same remains true today. Ultimately, the decision to buy one has never been easier.

A pal and I took out one of these for a test drive a few years ago, what a lovely drive !, it can carry 4 people if needed,the sales guy was 6'5" and actually got in the back ! the steering feel was superb, fit and finish usual excellent Toyota, enough urge, only real problem is that we live in the days of pigeon holing everything.. there's nothing quite like it.
michael knight 27 December 2016

missed a trick to update the

missed a trick to update the interior: it's a hard-plastic nasty-fest in there. Toyota's interiors are minging at the moment.
rdsreference 22 December 2016

With 151 lb ft on tap it would be difficult to appreciate this car. Like all Japaneese sports cars they seem to lack this key ingredient. I dont care how good it is on a b road it would be a difficult car to drive everyday for the enthusiast driver as you constantly have to wind it up everytime.Hills will be a pain. This is a hiddious decision to not offer a bit more torque, it doesnt need anymore power imo. Its needs 180 lb ft that would transform the car. Maybe a TRD version with 220 hp and 185lb ft. C mon Toyota not everyone wants a screamer!
Zeddy 24 December 2016

Let revs be your friend

I dont care how good it is on a b road it would be a difficult car to drive everyday for the enthusiast driver as you constantly have to wind it up everytime.