Why we’re running it: To find out if this plug-in hybrid SUV can eclipse its higher-profile donor model 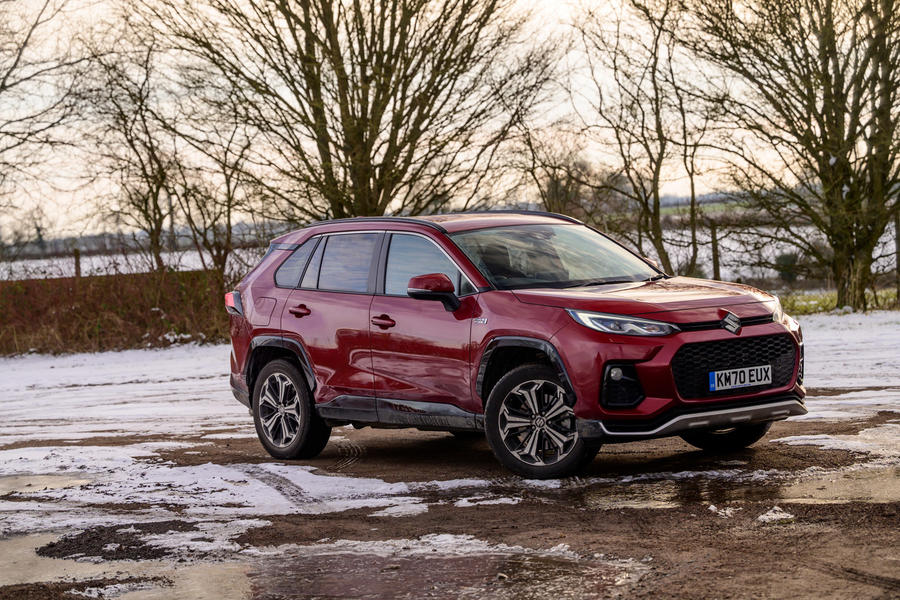 Life with a Suzuki Across: Month 3

One big difference between the Suzuki Across and its Toyota RAV4 PHEV sibling is in their charging. The Toyota can take up to 6.6kW to top its battery up in 2.5hrs, whereas the Suzuki is rated at 3.3kW. So with the standard three-pin cable, it takes at least six hours to fill up the battery. Or five-and-a-half hours if you pay £250 for the seven-pin cable. 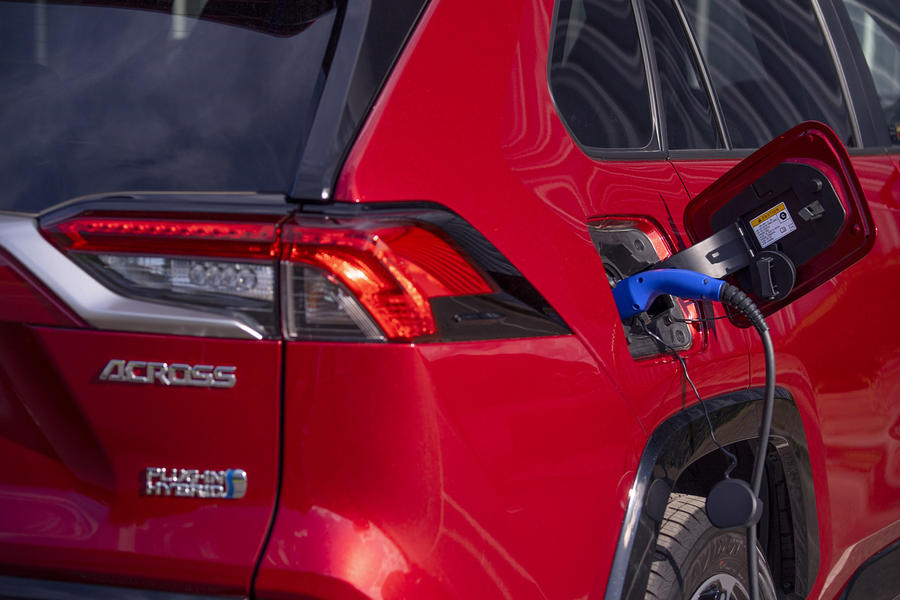 Our plug-in hybrid SUV is impressing with its electric range... - 7 April 2021

Borrowing the Across for this an Autocar road test was an interesting experience. For the first time (£139,000 Polestar 1 grand tourer aside), here was a plug- in hybrid that actually did what it said on the tin with regards to how far you can drive it on a full charge.

Suzuki claims that the Across can travel as far as 47 miles on nothing but electrons before you will need to plug it back into the mains, so I was impressed when I found that I was able to cover 48 miles before its petrol engine sparked into life.

That figure wasn’t achieved entirely in the sorts of stop-start, low- speed urban environments where EVs tend to perform best, either. My test route took me from my flat in Acton out along the A40 and M40 to the M25, then around to the M4 and back into London. From Chiswick,I wound down to Twickenham before darting across to Putney and back up to Acton. That’s a fair route, I reckon.

I still find PHEVs a slightly iffy concept, at least from a tax-related legislative perspective, but the Across is slowly bringing me round, being a very impressive example of the breed. If only they were all so competent.

Life with a Suzuki Across: Month 2

I lent the Across to the road testers for a few days so that they could assess its performance at Millbrook. I wasn’t entirely surprised to hear that they really quite liked the no-nonsense way it goes about its business: it’s a decent plug-in hybrid, this. That said, they were less impressed with the mess I had left for them inside. Sorry, guys.

I think the slightly milder temperatures we’ve seen recently have boosted the Suzuki’s electric range. Initially, I was getting about 36 miles from a charge, which isn’t a bad effort at all by PHEV standards. Now, the car’s indicated range has jumped up above 40 miles. Yet another sign that winter is coming to a close, I guess. 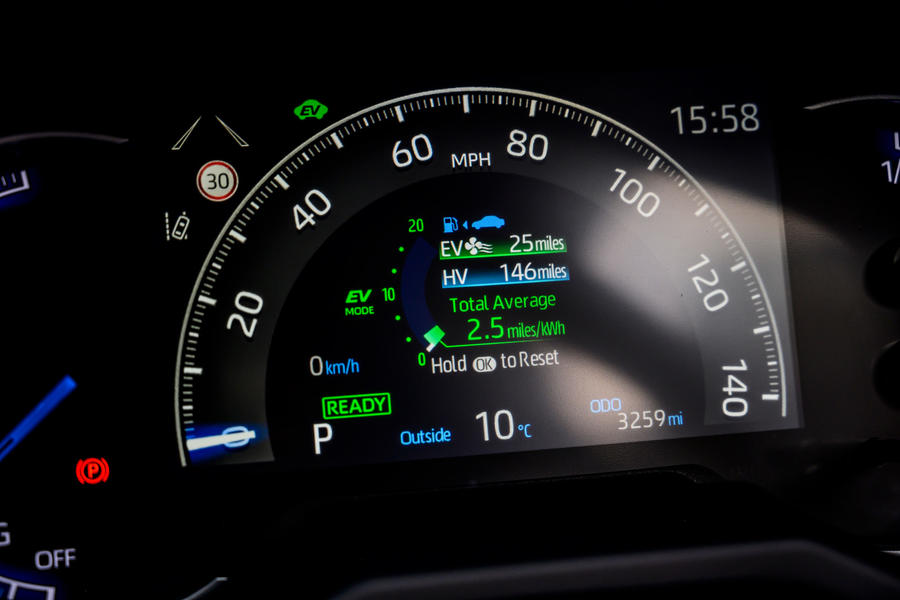 Life with a Suzuki Across: Month 1

We should get this out of the way early, I suppose: despite the Suzuki badge on its nose and the Suzuki lettering across its tailgate, this latest addition to the Autocar long-term fleet isn’t actually a Suzuki at all.

It’s called the Across (seems like a strange name for a car, but there have been worse), and although it may have a new face and a different set of alloys, in reality, it’s nothing more than a rebadged Toyota RAV4 PHEV.

So what’s the logic here, then? Why does this car exist, and why would someone buy one of these instead of an own-brand RAV4? Well, we will be looking to find an answer, or answers, to that last question over the coming months. But we can at least have a go at the other two for the time being.

The Across is the first car to emerge out of an alliance that was struck between Toyota and Suzuki back in 2019. The two Japanese manufacturers each acquired a financial stake in the other’s business, with the goal being to work together to prepare for an electrified and increasingly autonomous future – all while remaining competitors.

So Suzuki gets access to Toyota’s hybrid technology on a global level, along with the RAV4-based Across and the Corolla Touring Sports-based Swace (another strange name) to bolster its European line-up’s environmental credentials against increasingly strict emissions regulations. Toyota, meanwhile, will build Suzuki’s compact vehicle engines in Poland for use in its European vehicles. And the pair will collaborate to develop hybrid cars for the Indian market, where Suzuki will also let Toyota sell rebadged versions of a couple of its compact models.

It’s quite a complex deal, but it does at least explain the Across’s origins. And for what it’s worth, I’m actually rather looking forward to getting to know this badge-engineered SUV over the coming months.

A good deal of this anticipation is down to the Across’s plug-in hybrid powertrain, which is, of course, exactly the same as that found in the new RAV4 PHEV. Curiously, the Toyota was released after the Suzuki, so the powertrain actually made its UK debut in the Across. 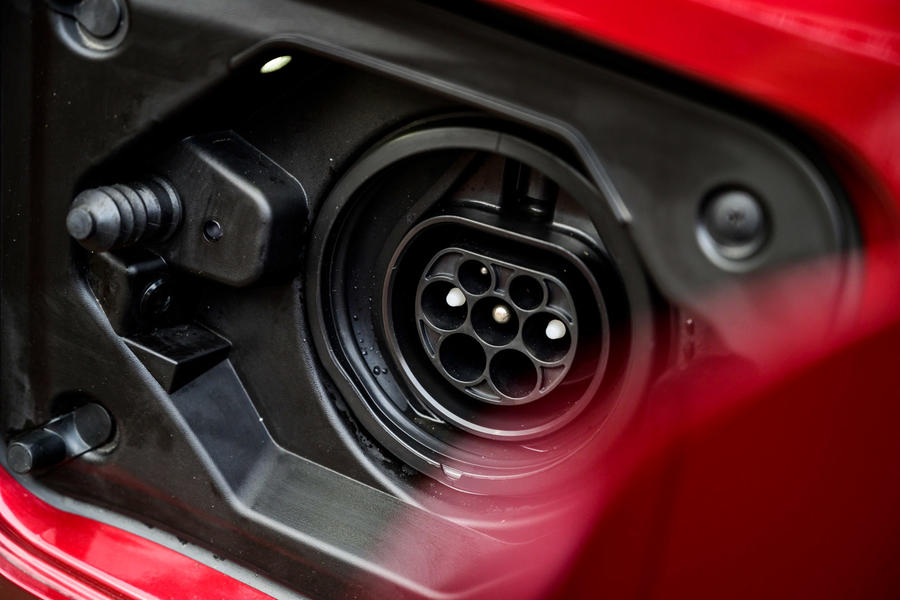 Up at the front, a 2.5-litre, four-cylinder petrol engine and an electric motor combine to drive the front wheels through an e-CVT, while further back, a smaller electric motor drives the rear axle. This mix of powerplants endows the Across with a system output of 302bhp – which is quite a bit more than the 178bhp made by the diesel Land Rover Discovery Sport I ran previously.

The baby Disco was certainly quiet enough at a cruise, but it wasn’t swift. In fact, its straight-line performance could be a bit tractor-like at times. The Toyo… I mean Suzuki, on the other hand, can hit 62mph from a standstill in 6.0sec, so it’s hot-hatch quick. This additional performance has been particularly handy in town driving, where the electric and petrol power sources combine to deliver not only greater thrust than was available in the Land Rover but also more immediate throttle response.

There’s an 18.1kWh battery beneath the floor, which is quite big by PHEV standards. It allows for an electric-only range of 46 miles on the WLTP test cycle (so it slots into the 6% BIK tax bracket), but I’m getting closer to 36 miles out in the real world. That’s not bad at all.

The charging time is 2.5 hours from a wallbox; I don’t have one of those at home, but a battery charge mode allows me to top up while I’m out driving. In fact, even when the battery has been flattened, the hybrid powertrain has still managed to tick over at around 45mpg. So far, it has proved to be impressively efficient.

I’m also a fan of the Across’s interior. It doesn’t look or feel as plush as that of the considerably more premium Discovery Sport, but it’s extremely functional and feels solidly built. There’s loads of passenger space, and the boot is big enough to swallow all of my photography kit with ease. The controls are all large, chunky and easy to find, which I far prefer to the occasionally fiddly touch-sensitive buttons found in the Land Rover and elsewhere. Usually it would be the British car that you would praise for having switches and dials that you could operate with gloves on, but here it’s the other way around. I really like that. 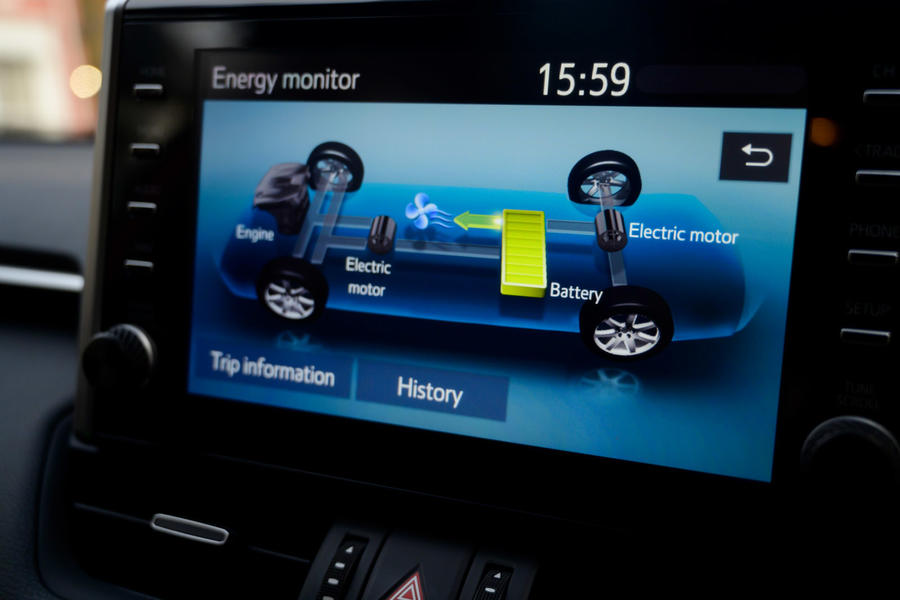 Standard equipment is generous, although you really would expect it to be when you consider that this standalone Suzuki model costs from £45,599. It comes with Apple CarPlay and Android Auto connectivity, a powered tailgate, 19in alloy wheels, heated seats, a heated steering wheel, a rear-view camera and more besides.

The only real scope you have for personalisation is the colour. It’s also interesting to note that the RAV4 PHEV starts from £47,395; I guess that’s one reason why you would opt for the Suzuki over the Toyota.

It’s still early days, but already I’ve been really quite impressed with the Across. The only thing that I’m not massively enamoured of is the slow-to-operate tailgate – and that’s pretty small fry in the grand scheme of things. I think we will get along just fine.

A 6% BIK rating will appeal to company car drivers, but I struggle with the Across’s price. It’s more than £7000 pricier than the poshest RAV4, and I’m not sure many private buyers will see the value in opting for the plug-in hybrid over the regular hybrid. It goes to show how the tax rules affect the appeal of these PHEVs

That's an insult to Suzuki.

And an extraordinary way to waste £45k.

Well not really model sharing among companies is common in Japan for instance the Subaru Justy is bought in from Daihatsu and over here we've had collaborations with Nissan and Suzuki with the Alto/Pixo and Ford badged both Mazda & Nissan models as the Maverick. For Suzuki bringing the Accross and the Swace into their range gives them two larger cars into the range without development costs,Suzuki did try to sell a larger car the Kizashi but it wasn't a sales success so if both models fail to sell it won't cost that much will it?

The Apprentice 8 March 2021
It was such a nonsense statement I ignored it, of course the PHEV is more expensive than the non-PHEV, the PHEV has a big expensive battery, extra controllers, uprated motors - or does the journalist think those items should be chucked in for free?
si73 8 March 2021
@Simon Davis, you say,
but I struggle with the Across’s price. It’s more than £7000 pricier than the poshest RAV4,

I do agree though that phevs are far too expensive and only likely to be bought as a company car for the tax benefit. Though it would be interesting to know how many phevs are privately owned.