From £35,2058
Minor facelift only improves what was, and is, one of the best estate cars out there. If you need to shift stuff in comfort, the E Class is the answer
Open gallery
Close

The Mercedes E Class is the cliché of estate cars. If anyone ever asks a motoring journalist ‘I have many things, what estate should I buy’, most reply with the big Merc. And this facelifted version does nothing to change that. Still want a massive boot and decent levels of comfort? Step this way, please.

Onto the details of what’s changed, then. The styling has been tweaked front and rear so that it lines up more closely with other, more recently launched Mercs. It’s definitely one of those hard-to-spot facelifts, especially on the Estate. The headlights are a bit more A Class in style and a bit stumpier, but it’s marginal stuff.

Under the skin, the overhauled electrical system means more advanced driver assistance systems, such as Active Speed Limit Assist, as well as 48V mild-hybrid technology across the range (although not this particular 400d).

The interior changes are more obvious. For the first time, the E Class gets the MBUX infotainment/navigation system, so the cockpit and screens feel a lot fresher. There are also digital instruments - again, very smart looking - while two 10.25-inch screens are now standard on all models. In our top-spec, and wordily-titled, AMG Line Night Edition Premium Plus, the screens are 12.3 inches. There’s also a new steering wheel design with a three-spoke, split-bar look, and featuring capacitive touch controls.

The middle screen is touchscreen but in truth you rarely bother as it’s easy to control - and safer - from the buttons and touchpad arrangement that sits in front of the centre armrest. It’s one of the better systems to program on the move, although still not as intuitive as BMW’s.

Or, you can control the infotainment from the touch control buttons on the steering wheel, which features a new three-spoke, split-bar design. There are certainly plenty of them, working a multitude of tasks, but they’re still fiddly. Fewer and physical for the new E, please.

Still, the design is cohesive overall and very Mercedes-Benz - you could only be sat in a three-pointed star. It lacks a bit of edge of Audi’s interiors, but is still a pleasant place to be.

Mercedes has wisely left the boot alone so it’s still vast. At either 640 or 1820 litres depending on how you’ve got the seats, it comfortably beats all the rivals. Happily, there are two handy seat releases towards the rear of the boot, so there’s no ungraceful clambering required to get the fully flat load floor. Cleverly, when you fold the rear seats, the front two chairs move forward slightly so the rears don’t get caught. A small thing, but no less welcome for it. 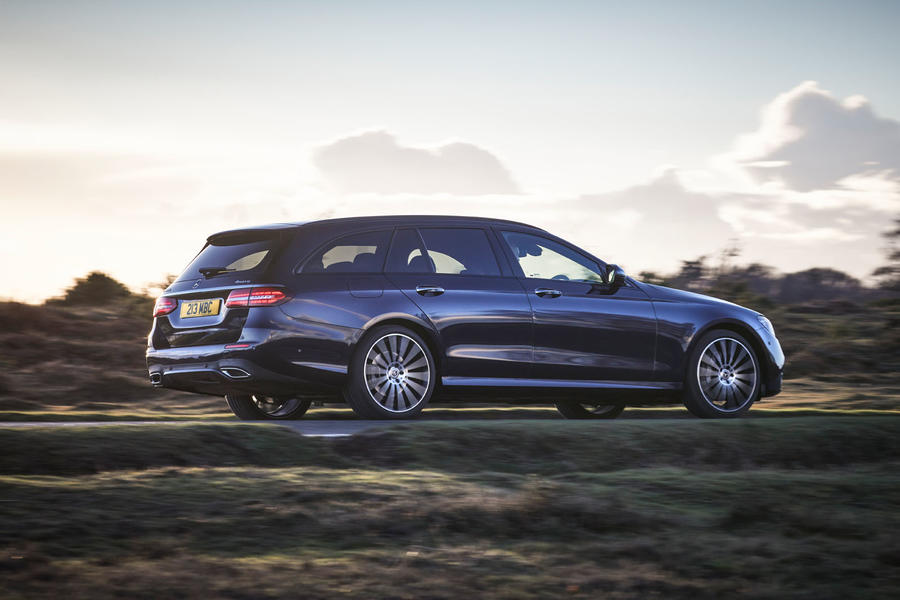 Our car is the 400 diesel engine, with 326bhp and 516lb ft. With those sorts of figures - comfortably outstripping rivals - it’s not surprising that 0-62mph takes just 5.1 seconds, a healthy half second up on the most powerful diesel A6 Avant. Fuel economy of around 39mpg (depending on options fitted) is competitive as well.

But it’s not the pace of the E that’s so impressive - it’s how quiet it is. There’s barely a rumble at start-up and it only gets smoother as you set off. Merc’s tend to be decently long-legged cars and this one is no different.

That’s helped by the ride quality. Despite our car sitting on 30 profile tyres (not entirely necessary on an estate car), the E Class is, for the most part, smooth and comfortable. It has a fluidity to the suspension and steering so that both work harmoniously together, even if the ultimate levels of handling are geared more towards long distance schleps rather than back road entertainment.

Where the car gets more ruffled is over a series of sharp bumps in quick succession, or if the suspension is under compression and hits a quick crest. That’s when it thumps through the cabin and disturbs the peace. Higher profile tyres would ease some of that. 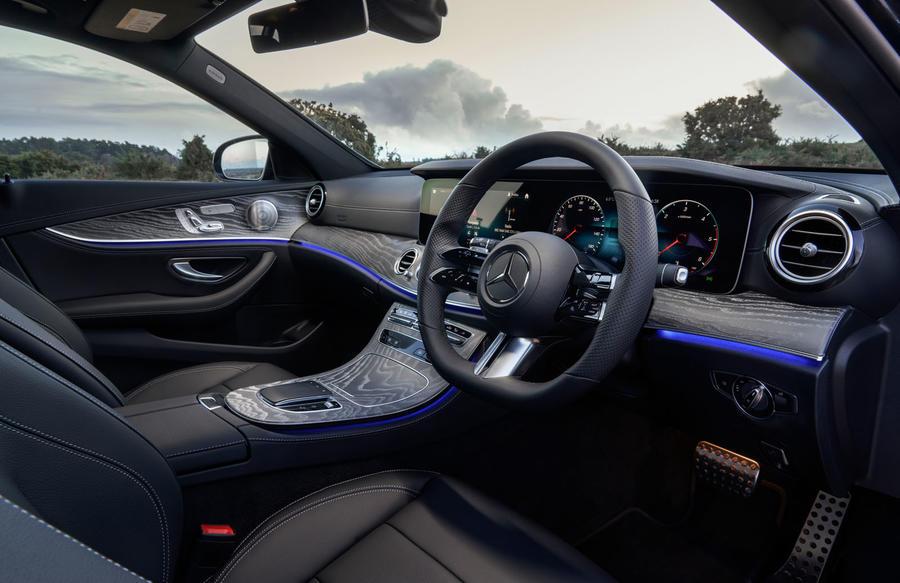 All of which means it still warrants the cliché we spoke about at the start. Massive boot, comfortable with it, stylish looks - there’s not a huge amount wrong with the big Mercedes.

The 5 Series Touring remains the dynamic choice, but for devouring big loads and massive miles, you can’t go far wrong with the three-pointed star. 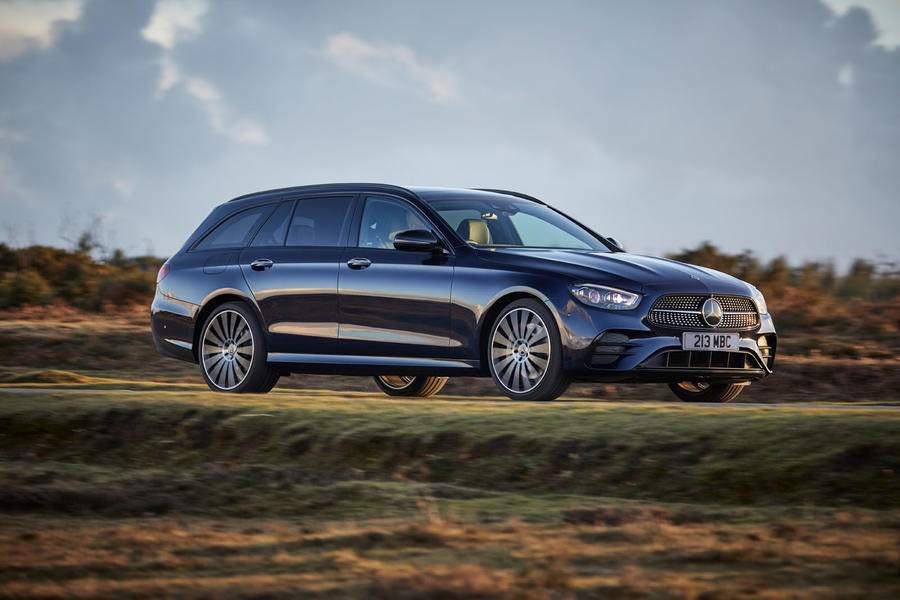 I would take with a pinch of salt that these ride as well as suggested. They dont handle broken road surfaces anything like you would expect. But I have to say I did not buy because it looks a bit like a exec taxi and it did not drive very well but the engines from Merc these days are top class.

Headline says from £35k, car as tested £65k That's just silly. You're not testing the range, just the E400 estate. So, why not give the price of the standard E400 estate and then add on what model variant was tested/options added.

Am I alone in lamenting the demise of the traditional Mercedes Benz grille? These wide grilles first appeared on the smaller models which was fair enough as a means of differentiating them from the premium E and S (and possibly the C) class premium models but I don't want any Mercedes Benz that I aspire to looks like a Citan (nee Renault Kangoo) van.

Ezra 8 February 2021
No, you're not alone. To me it simply looks cheap and blingy and is a reason I'll not be buying one. Otherwise, sounds like a good car.
Christian Galea 8 February 2021

The traditional grille (with the three pointed star on the bonnet) is still available on the E-Class (even the facelift), but for some reason is not offered in the UK. Given that, I wonder if one could change the grille (as an aftermarket modification)