The current generation of Mazda 2 dates back to 2014 and, with its age beginning to show, the Japanese firm has in recent years attempted to extend the supermini’s life with a series of relatively minor updates.

Mazda has made a relatively substantial change for 2020, albeit one that is, quite literally, mild: it’s fitted a mild hybrid belt-integrated starter generator to bring a dash of electrification to aid the 1.5-litre petrol engine (which has been the sole powertrain option since last year).

There are a number of other changes, albeit ones that are mild in terms of execution. There are tweaks to the dampers and steering, in a bid to boost the 2’s already well-regarded driving dynamics, plus a few styling flourishes to bring it closer in line with newer models such as the Mazda 3.

But are a hint of electric power and a few minor tweaks enough to keep the 2 competitive in a class that's packed with newer rivals, such as the Ford Fiesta, Peugeot 208, Renault Clio and Seat Ibiza? 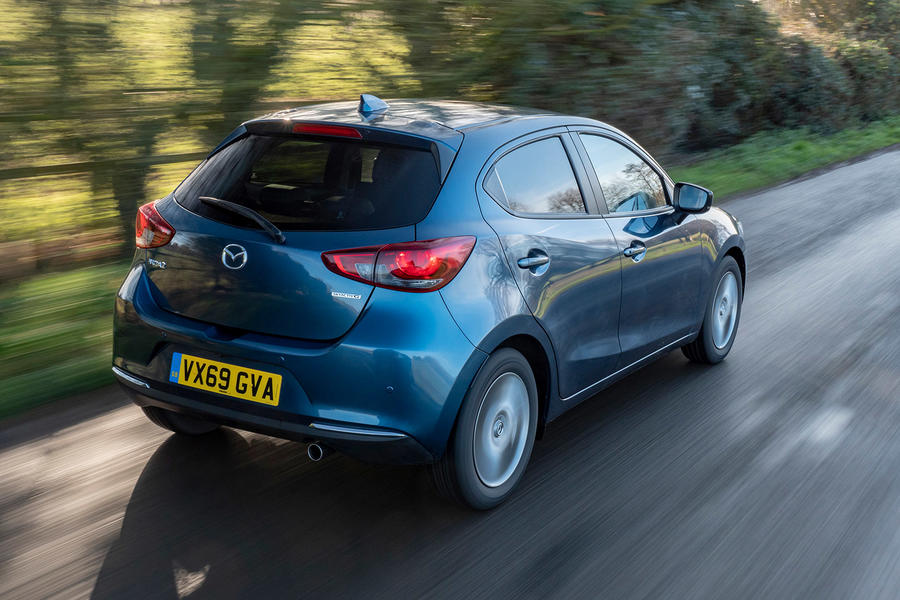 You wouldn’t exactly call the 2's restyling a radical reinvention, but that’s no bad thing to this tester’s eyes: it’s remains a pleasingly clean and clear design.

The descriptor 'clean and clear' can also be applied to the interior of our Sport Nav-spec test car. For those used to the larger touchscreens and ergonomic features of newer cars, there’s a slightly retro feel about it (the infotainment system still includes an actual CD player, for example), and that’s not actually a bad thing. The controls are well placed and easy to use, all-round visiblity is great and the interior is comfortable and relatively spacious.

The dashboard-mounted 7.0in touchscreen isn’t the largest in class, but the infotainment works well, and there’s Apple CarPlay and Android Auto compatibility, allowing those who forgot to pack their CD wallets to stream music through their smartphones and so on.

The Mazda M Hybrid system utilises a belt-integrated starter generator that can capture kinetic energy from regenerative braking, which is then used to boost the efficiency of the engine. Because it’s a small unit, the output of the 1.5-litre engine is unchanged, with either 74bhp or, as in the case of our test car, 89bhp.

The system doesn’t make a dramatic difference to the driving experience, with its influence mostly felt in quiet and smooth low-speed acceleration. It adds extra refinement to the engine, which offers decent performance in a car of this size. The main benefit is in fuel economy and emissions: Mazda cites WLTP figures of 53.5mpg and 94g/km CO2 emissions for the 89bhp engine. That seems realistic, because we averaged close to 50mpg during our test.

That said, the powerplant is somewhat hamstrung by the six-speed manual gearbox through which power is sent. Its gearing is so long that that frequent shifts are required to gain access to the engine’s power, and even on motorways there’s little need to trouble sixth; in fact, try to accelerate at A-road speeds and you’ll occasionally need to drop to fourth.

It’s a shame, because it makes it harder to both engage with the powertrain and, in turn, enjoy the decent ride and strong handling dynamics that the 2’s well-honed chassis continues to offer. 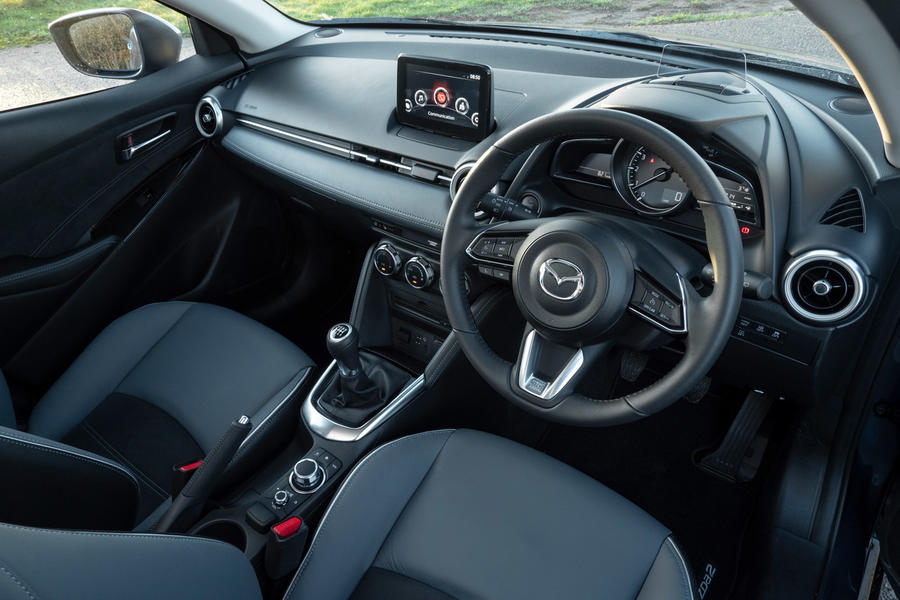 There's much to like about the 2. While it can’t match newer rivals for sheen, it’s unpretentious, likeable, immensely usable and refreshingly simple, while offering both decent handling and efficiency.

Unfortunately, the benefits of the mild hybrid engine are hamstrung by the gearbox to which it's attached, while the £17,495 list price of our test car is uncomfortably close to those of newer, more polished rivals. 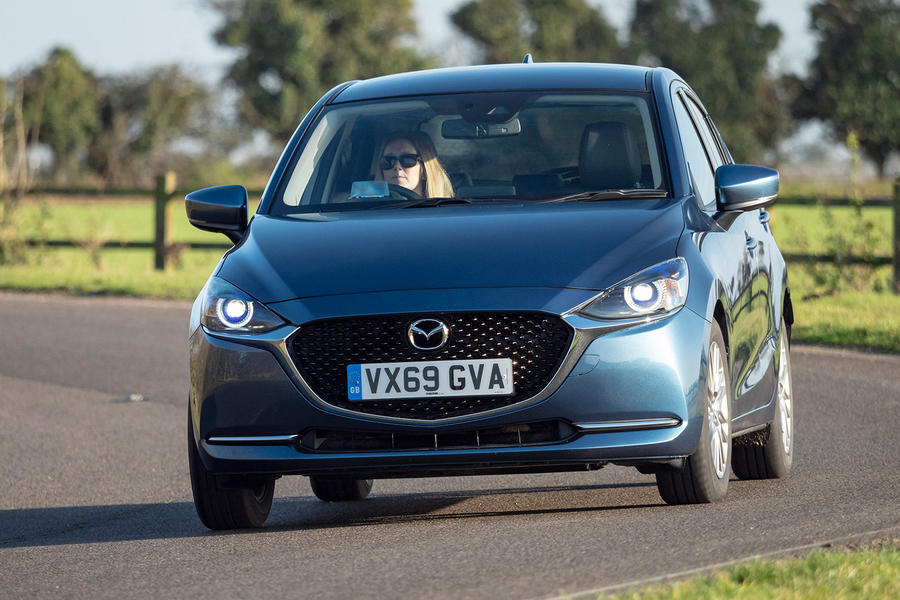 I have always fancied the

I have always fancied the 115bhp version, such a shame it has been dropped in the name of co2 targets. I also think that the face-lift is a backwards step as it's lost the sharp, sporty look and is now rather generic. Perhaps it looks better is a more vibrant colour.
Rich62 8 January 2020

Shame they dropped the 115

My 2 Sport Nav with the 115bhp engine is the first Mazda I ever owned and its brilliant with a roomy interior,  nice toys, great performance, handling and 50mpg.   Sadly now they have dropped the 115 it will be my last 2 if they dont create a Skyactive X for it.  I may consider the 3 skyactive X next time.

+1 for the previous GT model.