Comfortably the most exciting new car to wear the Lexus badge, now that the V10-powered LFA has gone into retirement, the flagship LC Coupé is also currently one of just two choices when it comes to naturally aspirated V8 engines here in the UK.

This limited-run special edition stands out even more than the standard car thanks to an exclusive dark green paint colour (Lexus calls it Terrane Khaki) and two-tone 21in alloy wheels. The interior also gets a full retrim in tan leather and Alcantara to add a more luxurious feel.

The chassis and powertrain remain untouched, with a free-breathing 5.0-litre V8 sending 467bhp exclusively to the rear wheels via a 10-speed torque-converter automatic transmission. Suspension continues to be by steel springs with adaptive dampers.

Straddling the line between fully fledged sports car and luxury grand tourer, the four-seat LC 500 competes with the Porsche 911 at one end and the BMW M850i at the other. 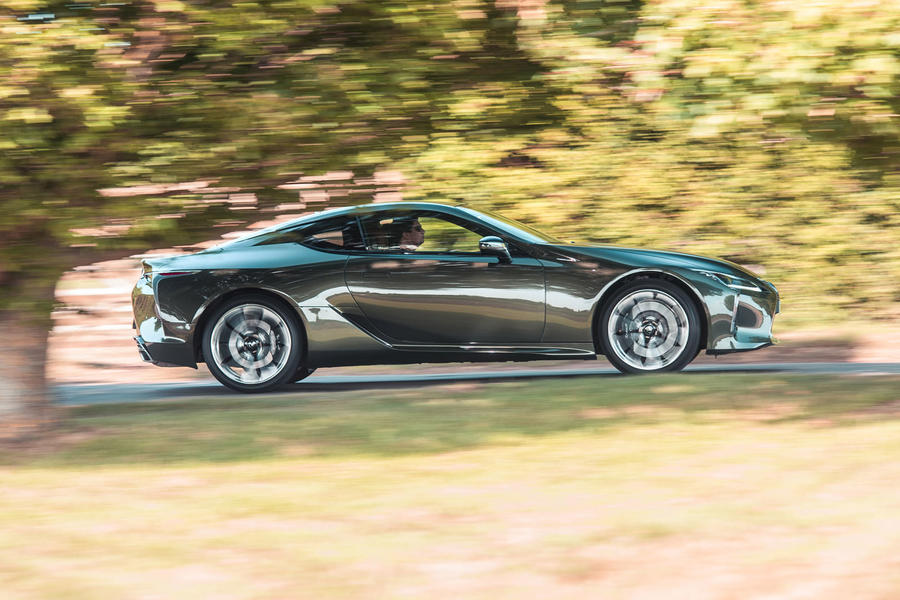 The LC is still the same intriguing dichotomy of concept car styling and old-world engineering, the V8 hidden behind an oversized grille and sharp lines that flow into wide arches and dramatic infinite-mirror tail-lights at the rear.

It’s a similar mix of old and new inside the cabin, with a digital instrument cluster borrowed from the LFA and colour heads-up display flanked by an abundance of physical buttons and switches. It’s signature Lexus but feels a little out of kilter with the expansive touchscreens found in rival cars. The sensitive touchpad controller and busy infotainment system make for a combination that’s difficult to use while on the move.

On the road, you get the sense that you're driving the last of a breed, with pace that isn’t explosively quick, because peak torque doesn’t arrive until you’re deep in the rev range and peak power isn’t delivered until you’re near the howling 7300rpm redline. But that just means more opportunity to appreciate the alluring engine note before reaching speeds that would put your licence at risk.

The automatic gearbox can get a little lost in its upper ratios when left to make its own decisions, so it's better to treat it as a six- or seven-speed ’box and use the paddle shifters or switch from Normal to Sport+, where those final few cogs aren’t used. It responds quickly enough to up- and downshifts although it is not as rapid-fire as a Porsche PDK dual-clutch gearbox. This is an area Lexus aims to address with a 2021-model-year update, due later this year, when it will revise the ratios and shift points to improve day-to-day driving.

The one reason to be grateful for the abundance of gear ratios is its ability to nudge over 30mpg on a motorway cruise, although the 21in wheels and run-flat tyres detract from the grand touring brief with a firm ride and more road noise than you’d expect from a luxury car. The fidgety suspension struggles over poor road surfaces, and while Comfort mode can mitigate it to a degree, it isn’t enough to match the best GTs over long distances.

And yet on more interesting roads, the LC reveals itself as an agile and well-balanced sports car that can entertain with its handling prowess. Without an abundance of torque, the rear end isn’t constantly trying to step out of line, although it can be coaxed under power in the sportier driving modes, and the variable-ratio steering and four-wheel steering system don’t blunt the feeling of control. Despite its considerable weight, the car is easily placed through faster-flowing corners and feels almost as dynamic as some mid-engined rivals. 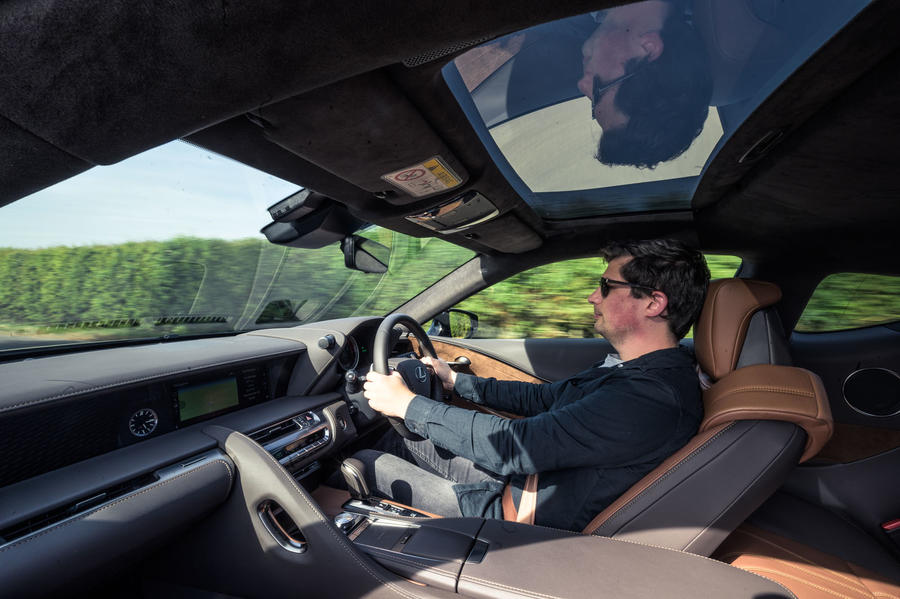 With the list of naturally aspirated V8s on sale in Britain now so limited, the LC 500’s choice of powertrain remains one of the key reasons to consider the car.

Dynamically, it may fall into a middle ground between true sports cars and grand tourers, but few can match the combination of concept car styling and that charismatic eight-cylinder howl.

That may change with the UK arrival of the mid-engined C8 Chevrolet Corvette next year, and there are more well-rounded rivals with fewer cylinders or turbochargers that would be easier to live with every day, but neither fact does anything to diminish the LC’s sense of occasion. 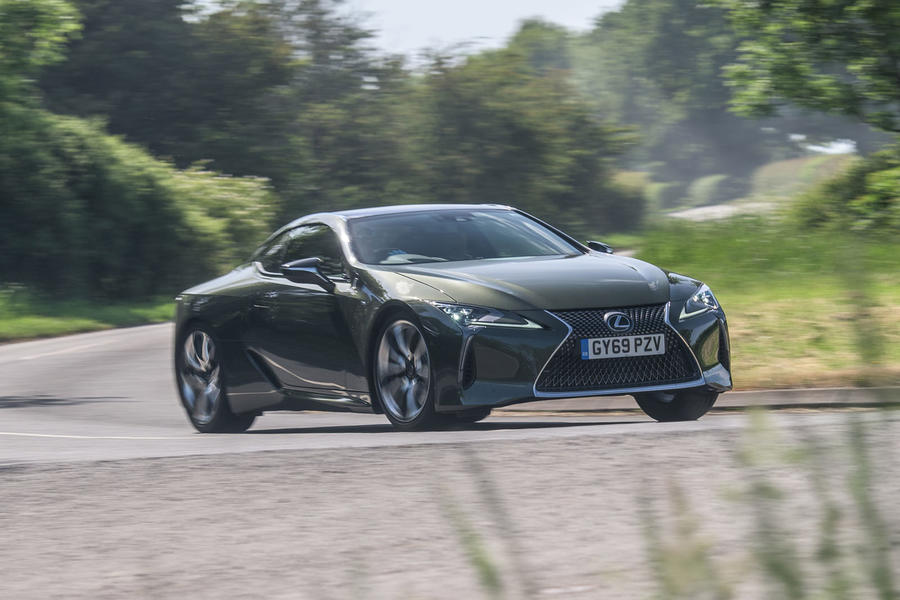 America, there the brand is still big, a must have after a Mercedes.

Looking at other "nicer" Asian cars, its takes one "Achoo" and the depreciation is up and running :-)

A pal and I drove one for the day, lovely car to drive, smooth slick steering, great sounds, hugely enjoyable, BMW owing pal really wanted to buy it ..but just out of his budget!
View all comments (20)