Kia may not actually have a Rio GT from which to borrow any of the Rio GT-Line's sportier elements from, but that hasn't stopped it following the same basic formula as Ford's popular ST-Line models.

That is to take a popular and practical supermini, give it a sportier-looking bodykit and dress the interior with lashings of metal and carbonfibre-effect trim but – importantly – leave performance and handling at levels that won’t make it impossible for young drivers to get insurance.

It’s an approach that has worked brilliantly for Ford, Peugeot, Volkswagen and others, and now the Rio has received a similar treatment - only the GT-Line also gets a power advantage over lesser variants. It features Kia's turbocharged three-cylinder petrol engine its highest state of tune, so instead of the usual 98bhp found in 2 and 3-grade models, here it produces 116bhp.

It was recently made available with a seven-speed dual-clutch automatic gearbox, but here we're testing it with a six-speed manual. 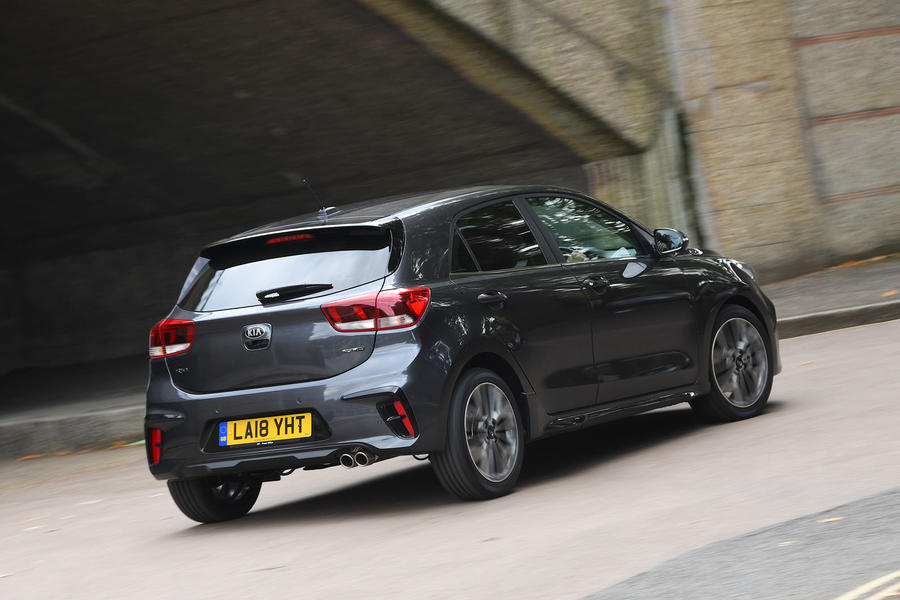 The GT-Line is certainly more distinct than a vanilla Rio, thanks to its chrome tiger-nose grille up front, twin exhaust tips and roof spoiler, as well as model-unique 17in alloys.

These aren’t transformative changes, however, and the five-door Rio just doesn’t look quite as purposeful as the three-door Fiesta ST-Line. It’s certainly more practical, with more boot space and a rear seat bench that can accommodate adults in reasonable comfort, although these features are unlikely to be priorities with the GT-Line’s younger target audience.

The interior goes some way to redress that balance, with carbonfibre trim on the dashboard, aluminium pedals and a three-spoke leather steering wheel giving a more sporty impression. It all looks more high-end than in a standard Rio, but the materials used aren’t quite up to the standard of the European competition.

The half-faux leather seats have the same stiff bolsters as the regular Rio's and provide the same relaxed, relatively low-slung driving position, which suits the GT-Line well.

Sat-nav is only available on the £1500-more-expensive GT-Line S trim, which also adds automatic climate control, rear LED lights, autonomous emergency braking and blindspot detection. As ever with Kia, there’s no mixing and matching with options and extras.

The GT-Line’s thrummy turbocharged three-pot is entertaining enough about town, delivering its boost early but encouraging you to keep the revs up to around 4000rpm. Push further still and it becomes strained, though, with a noise that lacks the character of some rivals.

The Rio’s light handling doesn’t really engage when pushed, either. Things tighten up at higher speeds for assured steering, but there's little feedback - certainly not to the extent that actively encourages exploring the small car’s limits. It doesn't hunker down in high-speed corners or sharpen up in places where the competition would otherwise come alive.

It rides well enough for its class, at least, absorbing bumps smoothly, even on 17in wheels. 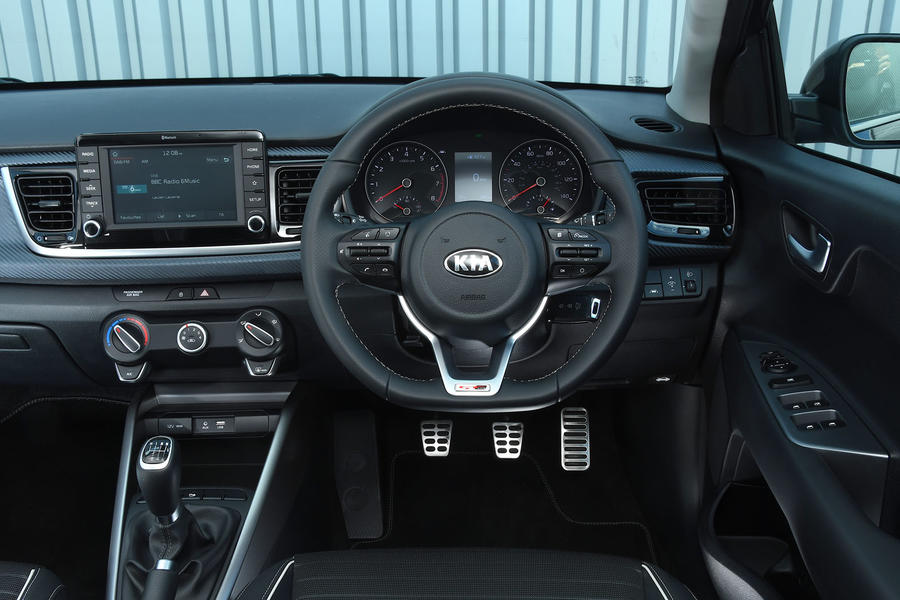 In its lower trim levels, the Rio is a competent and practical supermini that can accommodate rear passengers more comfortably than its major rivals. It just lacks a level of driver engagement to truly make it stand out.

The extra power and sharper looks of the GT-Line go a small way to addressing that, but with the rest of the package largely unchanged, it still feels a little outclassed against more entertaining competition - especially at a price that’s roughly on par with the Fiesta ST-Line.

The GT-Line may include a respectable amount of standard kit, but it doesn’t deliver the dynamic driving experience of a truly great supermini. 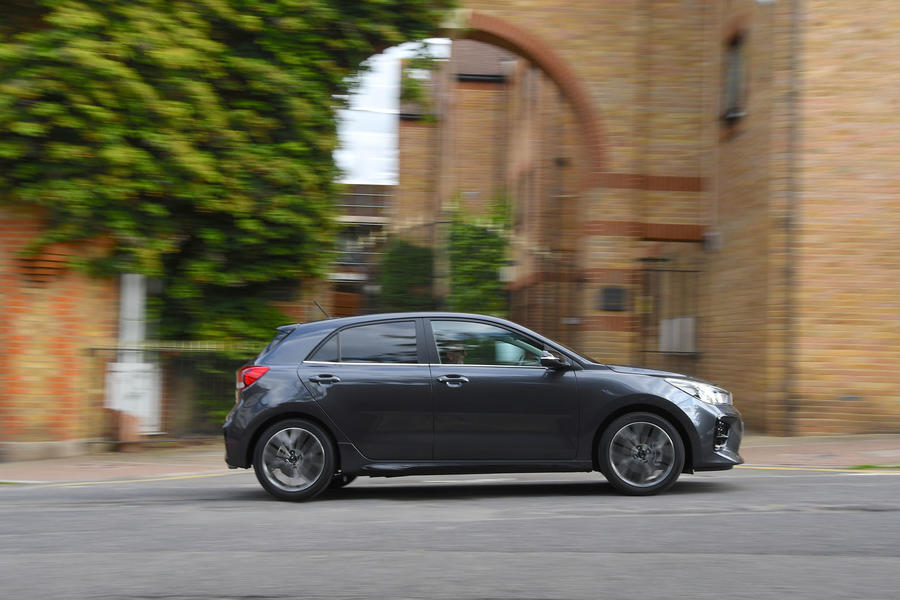 Plenty on the Roads...

used to be Fords and Vauxhall that we’re common, now it’s Kia, nothing wrong with them just there’s lots on the Roads....

used to be Fords and Vauxhall that were common, now it’s Kia, nothing wrong with them just there’s lots on the Roads....

Mercedes also seem rather keen on their artificial leather, on a £35000 C-Class  think its even more unacceptable.

Mercedes also seem rather keen on their artificial leather, on a £35000 C-Class  think its even more unacceptable.

Leather, PVC, "Artego", theyre all low end, wipe clean, non luxurious trim options, why anyone other than taxi drivers and people who have 4x4s and actually use them, want anything other than proper cloth trin I dont know.

Is a major let down. Much less appealing than the previous gen, and looks much more basic than the one in the Picanto.

Good luck with that.

Par for the course?

Actually the Kia costs the same as a 100 horsepower Fiesta ST-line 3dr, so it's in line with the competition. I daresay both will be discounted heavily, or maybe buyers just won't notice the selling price when they sign the PCP?