From £32,8458
Share review
Niro comes of age as an electric car with an excellent drivetrain and impressive real-world range
Share
Open gallery
Close

Electric cars may seem to dominate the mainstream media motoring coverage, but there really are not that many pure EVs you can buy yet in the UK, and even fewer with a ‘big’ range.

So the Kia e-Niro arrives at quite the opportune time, with electric cars – and the charging network to support them – gaining momentum with acceptance and awareness among the wider buying public beyond early adopters.

The Niro is a couple of years old now and launched as Kia’s dedicated eco-friendly model, promising hybrid, plug-in hybrid and, in time, all-electric drivetrains within the same range, and now the time has come for that electric version.

You’ll spot more than one or two similarities between the e-Niro and the Kona Electric from sister brand Hyundai. The drivetrain is common between the pair, consisting of an electric motor powered by a 64kWh lithium ion polymer battery.

While the Kona Electric offers a smaller battery, as does the e-Niro in Korea and in other markets, in the UK the e-Niro is set to be offered with just the larger battery, and a price that aims to come in below £30,000 when it launches early next year.

And that all-important range figure? Kia quoted 301 miles in its presentation, a very impressive figure. 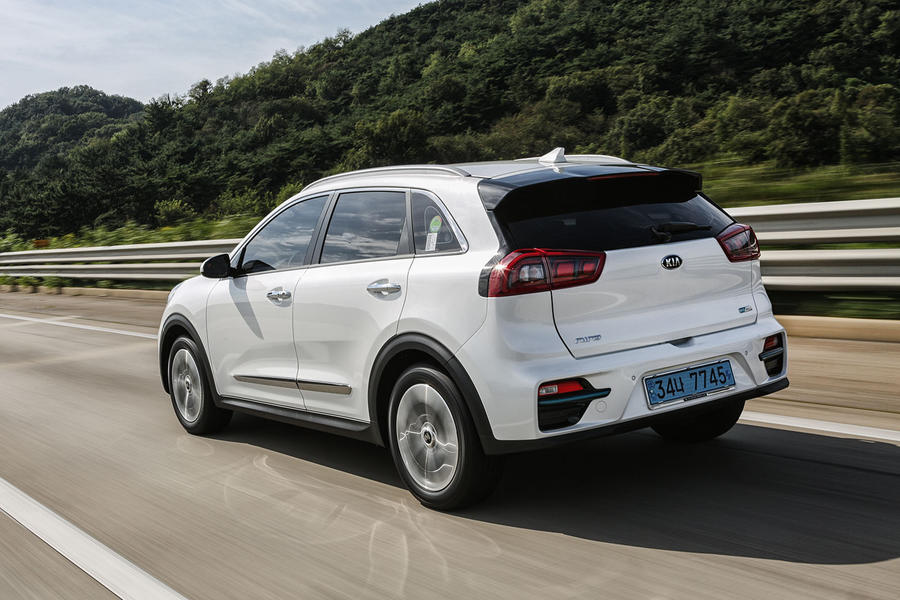 Our test e-Niro is a Korean-spec model driven on Korean roads, but while the odd bit of trim and optional extra may differ, this is the drivetrain and chassis we’ll be getting.

Some drivetrain it is too. My, the e-Niro is brisk. It feels far quicker than its 0-62mph time of 7.8sec suggests, and even more impressive is the way it responds at higher speeds. Look for a bit of extra poke to make a pass on the motorway, and it’s all there before your right foot has barely touched the pedal. We even managed to spin the wheels accelerating out of a 30mph zone into a main A-road.

As such, the e-Niro is likely to have appeal to any enthusiast, but anyone swapping into one from their Ceed diesel is likely to be unprepared for such real-world pace and drivability. A test drive is essential, as such power – or rather torque in the case of the e-Niro – could catch many unaware.

The e-Niro isn’t uncomfortable in the way it rides, yet neither does it isolate its occupants from bumps in the road; the chassis does not display any great sophistication in how it handles the road, or indeed that level of torque, a bit like a black cab. That’s most likely down to the weight; much of the chassis tuning feels geared towards masking that weight as much as possible. A bit like a black cab…

Our test route wasn’t one for the e-Niro to reveal itself as a driver’s car. Yet it did demonstrate competent if not inspiring handling. There’s a pleasing heft to the steering, even more so in Sport mode, where the urgency of the drivetrain is increased further.

Something else that can be tweaked is the level of regenerative braking through four different levels via some paddle-shifters on the gearlever, as with the Kona Electric. The system seems to default to an auto mode for the most time even if you try to set it to the level you’d like, meaning it’s not quite as pleasing a feature as it should be.

The range figure seemed a true one too. Our test route wasn’t the longest, but the battery life and range indicator dropped in line with the distance covered, and the starting range of 272 miles on an almost full charge was indicative of the claimed figure of just over 300 miles. At least 250 miles per charge should be expected, based on this test.

Elsewhere, it’s the Niro we’ve become accustomed to with the hybrid and plug-in hybrid versions, with a spacious cabin, a solid if a little uninspiring interior, and a design that’s only marginally changed over the other Niros, most noticeably with a closed-up front grille. 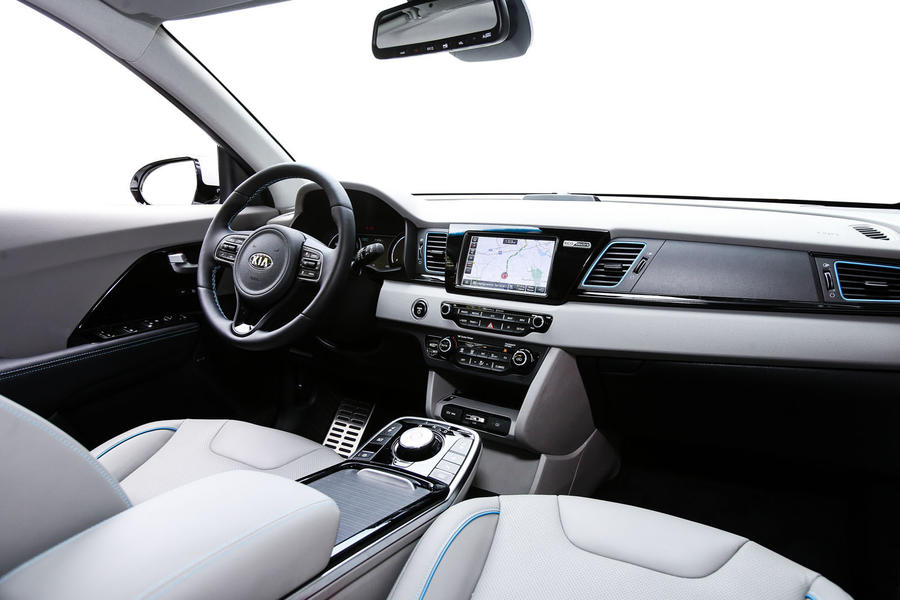 Kia could have a surprise hit on its hands with the e-Niro, as it offers a big range in a usable package. If Kia can deliver on the price and the generous kit levels of other Niros to go with it, then the e-Niro’s case is strengthened more so.

It is more endearing than fun in the way it drives – the chassis sees to that – but even the most po-faced of individuals bemoaning the soullessness of a future filled with electric cars would raise a smile at how it goes down the road. 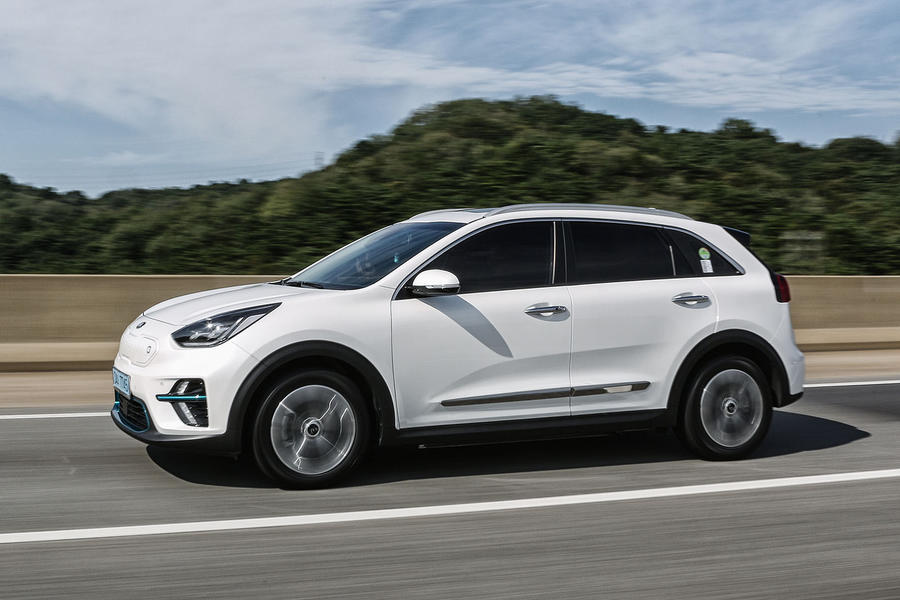 Demand in Europe seems to have given Kia/Hyundai the confidence to put up prices. The Kona is now thousands more expensive with recent price increases, and the fall in PICG. The Niro pricing is likely to be jacked up too.
Brian_0306 24 October 2018

I work away from home during the week so have a Monday and Friday drive of 252 miles each (245 miles of which is motorway/dual carriageway). Trundling along at 70mph in my C class Merc i get a decent 65mpg, but its due for replacement soon and i would seriously consider a sensibly priced EV (to reduce BIK tax and fuel bill) if i could guarentee arriving at my destination without having to stop and charge mid journey. (I will have full access to 13 amp sockets at both ends of my journey). Does anyone know how the 301 mile range will stand up after 3 years of charge/discharge on a freezing morning with lights/wipers/heater all in use during that motorway slog? (I worry that my scheduled car replacement may be just a year or so too soon versus technological progress with Li batteries).

has the reviewer actually driven an electric car?

Some vital information is missing here. Firstly, the peak torque is available from 0 rpm onwards.

Secondly, since that torque at that rpm would generate more than 201bhp, maybe this is the peak torque during "overboost", or something else, I don't know, I'm just guessing here...