Sales of the track-hardened, Nürburgring lap time-beating Jaguar XE SV Project 8 have been slow, despite there being a limited production run of just 300 examples. In an effort to shift the remaining examples, Jaguar identified the desire among potential punters for a less extreme, road-biased version, so now we have this new Touring model.

What’s new? Not a lot, really. The big change is to the aerodynamics, with the deletion of the huge, downforce-generating spoiler at the rear, which is replaced by a far more subtle lip on the trailing edge of the tailgate. To rebalance the forces, there’s also a new splitter at the front. Oh, and the top speed has been pegged back from 200mph to 186mph in deference to the resulting reduction in very high-speed stability. Anything else? Well, you can only have the car in this configuration with the back seats in place, so no two-seat, roll cage-equipped Track Pack option here.

The rest of the car is unchanged, which means it’s the same bespoke-built machine as before. There’s less aero, but the wide-arched body is still bristling with intent and still only features the roof and door skins from the standard Jaguar XE.

Power comes from the familiar 592bhp supercharged 5.0-litre V8 that drives all four wheels through an eight-speed automatic gearbox. The front and rear tracks have been widened by 24mm and 73mm respectively, while the double-wishbone suspension gets niceties such as recalibrated adaptive dampers and anti-roll bars, billet suspension knuckles and squidge-free ball joints. Finally, the 20in wheels are wrapped in Michelin Pilot Cup 2 tyres and fit over vast carbon-ceramic disc brakes. 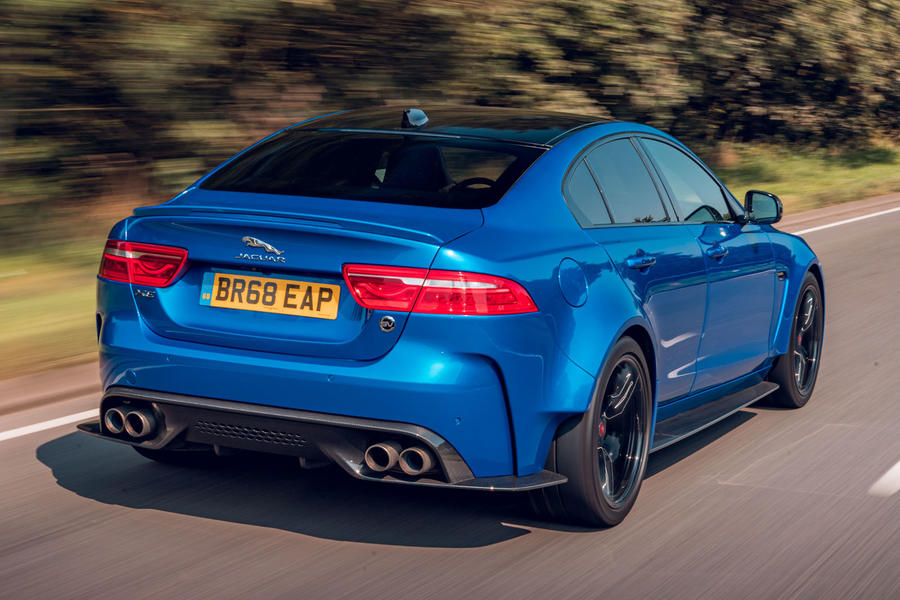 To be honest, the Touring is pretty much the same as the track versions. Yet that’s no bad thing, because despite its circuit focus, size and weight (1757kg no less), the XE SV Project 8 is an engaging and entertaining road car. Not only is it supremely fast and impressively poised, but it also delivers a sense of occasion that’s arguably unrivalled.

As a road car, it feels a little too stiff at first, and at low speeds it follows every change in the Tarmac topography with unerring precision. Yet despite that, you notice the ride never gets crashy, with the adaptive dampers just rounding the edges of the worst of the imperfections. Get some load going through the car and, apart from on really lumpy and torn surfaces, you’ll discover just enough composure and suppleness to keep you connected and just about comfortable.

Grip from those gumball Michelins is immense in the dry; you’d have to be driving to end it all to unstick this car. Yet that doesn’t make the Touring one-dimensional, because you’re always being given feedback, through both the seat of your pants and the Alcantara-covered wheel. Speaking of which, the electrically assisted steering is quick and precise, and while it’s not as gritty and chatty as that of the Porsche 911 GT3, there’s enough going on to build up an accurate picture of what’s happening.

Turn-in is extremely positive, while the four-wheel drive system strikes a fine balance between adjustability and security. This isn’t a tail-happy machine by any stretch of the imagination, but there’s enough torque being sent to the rear under most situations to allow a combination of steering and throttle to adjust your line when you’re really going for it. Mind you, experience of the Cup 2s in wet or damp conditions confirms that you’ll need to be on your guard even with the stability control switched on.

Of course, a big part of the XE SV Project 8’s appeal is that powerhouse of a supercharged V8. With 592bhp and 516lb ft, it delivers a startling turn of speed, pulling with demented conviction from almost anywhere in the rev range. Jaguar reckons the 0-62mph sprint takes 3.3sec, and it feels just that quick, even if the eight-speed auto lacks the speed and smoothness of the best dual-clutch units. But it’s the noise that really capativates, especially with titanium exhaust’s adaptive flaps fully open. It’s loud as it bellows and crackles away, but it’s an authentic sound; if you don’t burst out laughing with every artillery barrage-backed upshift, you need to be checked for signs of life. 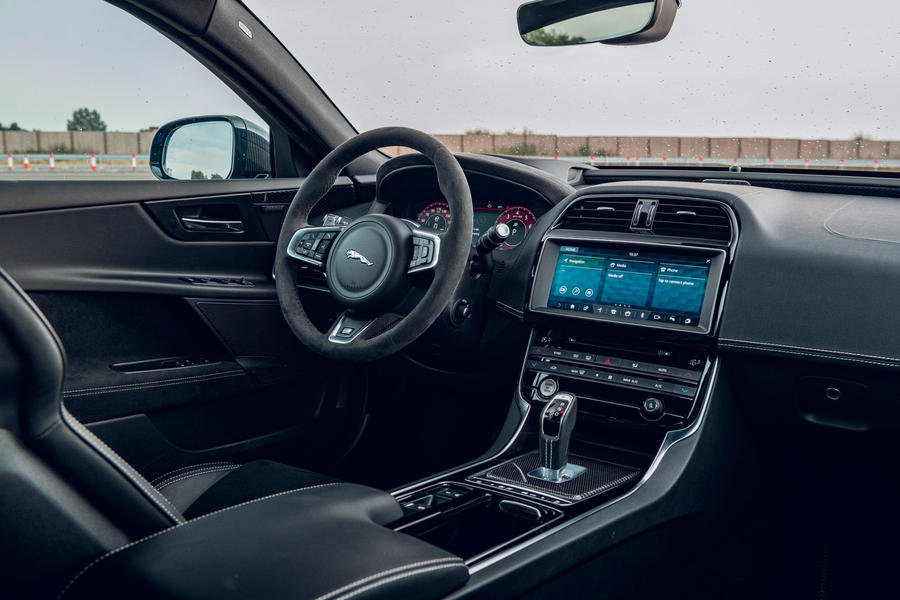 There’s no rational case for the XE SV Project 8 on so many levels, but in Touring guise it at least makes a less irrational argument for itself. Even without the wings it’s still no Q-car, but it does signal its intent as a more usable option.

It's unlikely be your daily driver, but it could be. Just. And where the standard car, and the Track Pack in particular, came to close to the orbit of supremely talented track day heroes as the 911 GT3, the Touring’s ability to bring along friends and family in a slightly less ostentatious package makes it a compelling, if pricey, proposition.

And with just 15 examples planned, it'll certainly have exclusivity on its side. 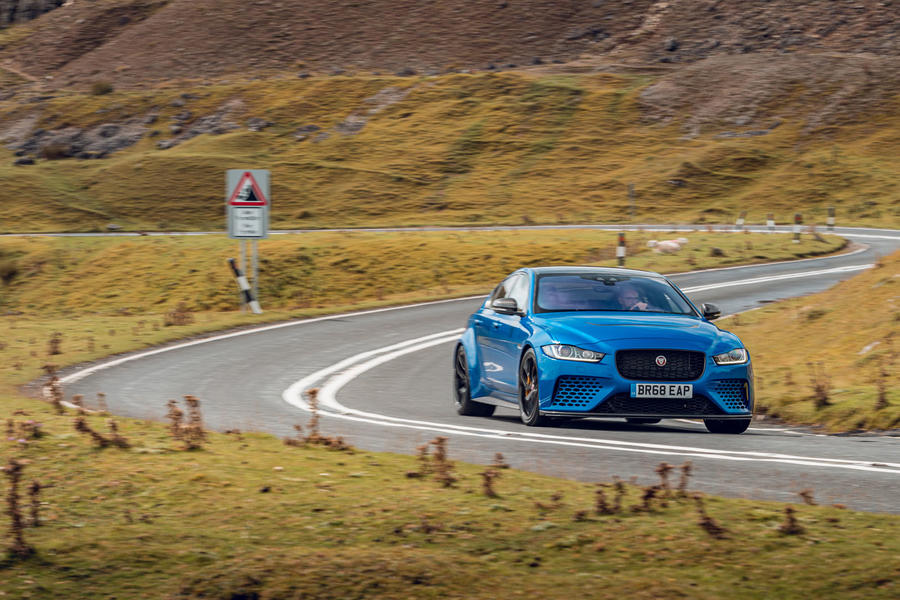 Yes. Without a doubt, a true Petrolhead will 'ave a owned a Jag and an Alfa. And this is a proper Jag, if not a modern flavour of the XJR...

Chuffed they deleted the Yobbo-wing on the boot

and old head and taiights, too. Shame they couldn’t incorporate these with all the changes to the sheet metal they’ve made anyway.

this car never made any sense

this car never made any sense to me,

why spend all that development time fitting the V8 in the XE and then charge £150 grade for it? instead of making a proper R version XE at M3 money and have a halo car that gives the rest of the XE range street cred ........... (if they had bothered to design a real Jaguar interior for the whole range in the first place of course!).