This is Hyundai’s latest attempt to keep its best-selling i10 relevant in an increasingly competitive marketplace. Released back in 2012, the small city car from Seoul has always been a firm favourite of ours thanks to its class-leading build quality, versatile interior space and high residual values. But let’s face it, the little i10 has never been particularly exciting, aesthetically or dynamically.

Hyundai is looking to change that, however, with a host of changes that should, on paper at least, bring the i10 closer to the class-leading Volkswagen Up. Styling wise, a new grille, LED daytime running lights, reprofiled bumpers and new 14in wheels help sharpen up the cutesy looks, while the interior gets a refresh with a range of new trims.

The most significant change is the addition of an all-new infotainment system. Available only on range-topping Premium SE trim, the new 7.0in touchscreen features Apple CarPlay and Android Auto functionality as well as satellite navigation and live updates. Compared with the Volkswagen Up, which requires buyers to use their smartphone as a sat-nav, this could be a real deal breaker for buyers. 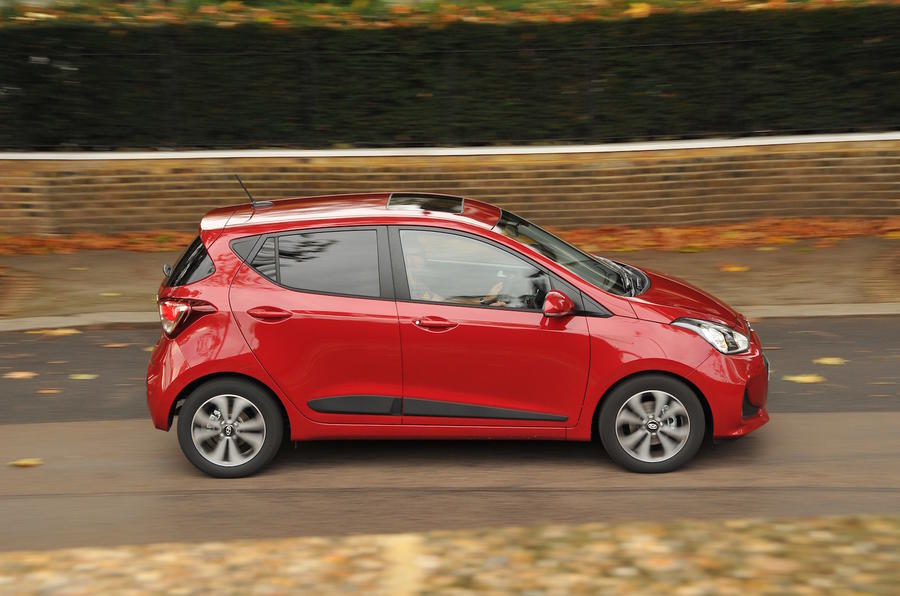 Aside from a slightly quicker steering rack and a larger front bump stop, the 2017 i10 is more or less mechanically identical to the model it replaces, which is no bad thing. We’ve always been impressed by the Hyundai’s remarkable ability to work just as well in the city as it does in the country, and the same remains true here.

Despite having a slighter firmer ride than both the VW Up and Renault Twingo, the i10 is surprisingly less fidgety over scarred city roads. Even on the larger 15in wheels fitted to our test car, sharp imperfections are soaked up with relative aplomb. That said, the 1.2's light clutch pedal and overly sensitive throttle can make low-speed manoeuvres feel somewhat clumsy and haphazard, so inner-city driving isn’t as effortless as it could be. 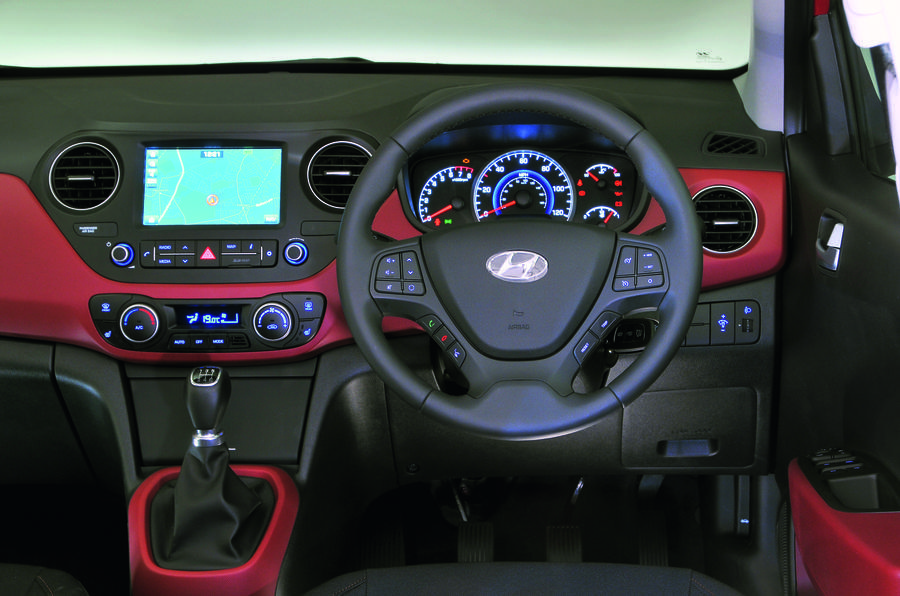 Venture out of the city and onto faster-moving roads and the i10 continues to impress – to a point. Thanks to impressive body control, the i10 is genuinely good fun to hustle down a B-road. Push on further, though, and, despite the revisions made to the steering, the lack of feedback through the wheel is a real limitation. Through quicker corners you often find yourself second-guessing your initial inputs, which robs you of confidence.

Under the bonnet, the i10’s 1.2-litre four-cylinder engine remains untouched. It’s a gutsy unit, and our engine of choice, but there’s no denying that it’s starting to feel a bit long in the tooth, especially when compared with the more powerful turbocharged units from VW and Renault. With peak power coming in at a heady 6000rpm, the engine needs working hard to access its best performance. Around town this is less of a problem, but as soon as you join faster-flowing traffic the engine's initial lack of urgency can become frustrating.

Inside, the i10’s cabin remains functional and robust but doesn't offer the same charm or sharp design that you'll find in premium rivals. That said, the interior has been lifted by the addition of the new infotainment system. Controlled via a 7.0in touchscreen, the new system is a vast improvement over the previous monochrome unit. Connecting your phone via Bluetooth is a breeze, the screen itself is clear and responsive and the TomTom-based sat-nav gives real-time updates. 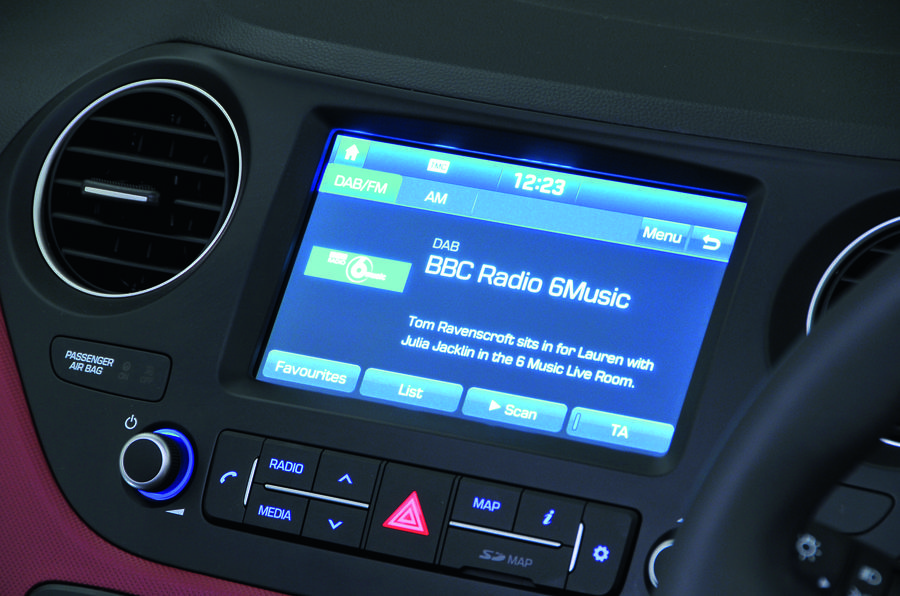 The i10’s sophisticated ride, impressive residuals, class-leading space and commendable performance are a compelling mix. Add a new infotainment system into the mix and it is arguably the most rounded city car in its class.

However, the Hyundai still lacks the outright performance and dynamic sparkle of the class leading VW Up. The Up is also £345 less to buy, is more frugal in the real world and is fractionally cheaper to tax. Ultimately, subjective considerations may decide which is preferable, but from a dynamic perspective, keener drivers will still get more from an Up, while those more concerned with practicality would be better to consider the i10. It's as simple as that.

Lovely high seating position, quiet ride, plenty power to keep up illegally on motorways. About 50mpg no matter how its driven.

And best of all it's small enough to pop into the tiny supermarket spaces!

Warranty is a big bonus.

The red on the dash and interior really brightens it up and gives it a lively look inside. The waistline needs lowering though, to enable the rear side windows to get back what is cut out of them. Seems like a decent car overall.
superstevie 2 December 2016

My friend has an i10, and she absolutely loves it! She says it is fun to drive, and she isn't exactly a slow driver either lol

I prefer the look of the Up!, and I can see the appeal of it. I don't think either option is a poor option