They’re also among the least likely of any cohort to switch brands, and if they do, they go to another German marque. These conditions are the rocks against which the ambitions of Cadillac, Chrysler, Infiniti, Lexus and even Alfa Romeo and Jaguar have been dashed, with some worthy cars going unloved over the years.

The new Genesis G70 won’t shake things up either, but in the SUV era, you have to welcome the arrival of any new three-box saloon, especially one with some slick design cues, sensible dimensions, rear-wheel drive and sporting undertones. Which is exactly what we have here in the G70, right down to the racey Michelin Pilot Sport 4 S tyres.

Genesis Europe has some big names involved at present, including chief engineer Tyrone Johnson (who has the last Ford Focus RS on his resumé), chief creative officer Luc Donckerwolke (who is responsible for the Lamborghini Murciélago and Bentley’s still-breathtaking EXP 10 Speed 6 concept) and research-and-development boss Albert Biermann (who oversaw some of the greatest BMW M3s and M5s ever built).

Biermann’s official title is head of the R&D division at Hyundai Motor Group, from which Genesis was born in 2015. The young brand exists as the luxury spearhead of the Korean conglomerate and has arrived in Europe this year not only with the BMW 5 Series-size G80 saloon and its GV80 SUV twin but also with this new BMW 3 Series-size G70 saloon, whose GV70 SUV counterpart we’ve already driven and quite liked.

Still to come is an electric version of the G80 (watch out, Mercedes-Benz EQE) and an electric compact SUV called the GV60. Note that Genesis is completely bypassing hybrids; it will in time pivot directly from ICE to all-electric powertrains. The more traditional G70 is available only in turbo petrol and diesel flavours.

While similarly sized to those cars, the G70 is at the heavier end of spectrum – although in terms of layout, its longitudinally mounted engine and lack of front driveshafts put it closer to BMW than Audi.

The same 3.3-litre twin-turbo petrol V6 used by the Kia Stinger GT-S is offered in some markets but isn’t yet confirmed for the UK, where there will at first be a choice between a 241bhp four-cylinder turbo petrol and a four-cylinder diesel with less power but more torque.

In each case, drive is fed through an eight-speed automatic gearbox, and while Genesis fits an electronic limited-slip differential to the GV70, the G70 does without. It’s a simple recipe but also an appealing one – assuming it has been executed well.

The G70 then comes in three trim levels, starting with Premium Line, rising to Luxury Line and culminating in Sport Line. Beyond these there are various optional packs, four of which take the price of our test car from £40,480 to £49,590, though the most basic G70 will cost just £33,400. 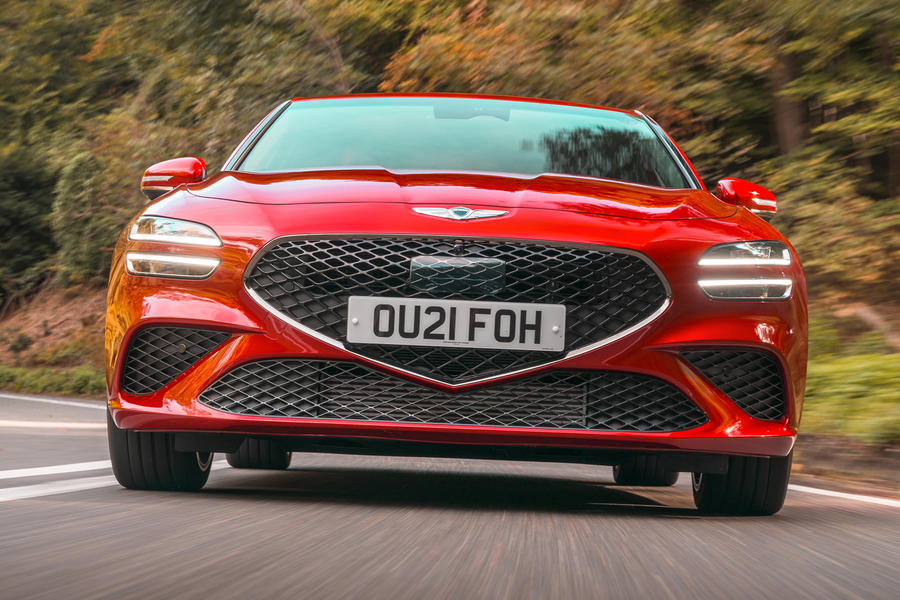 So, has this executive saloon been executed well? In parts. With the weight of only four cylinders in its long nose, the G70 is keen to turn into bends and feels innately fleet-footed, despite its mass. Its character is likably energetic, even if the engine suffers from turbo lag. It also possesses an easygoing rear-driven balance, although given the underpinnings are shared with the excellent Stinger GT-S (albeit with the axles closer together in the case of the G70), that’s not surprising.

At a canter, the G70 then rides fluidly, the vertical body control being particularly deft. In general it cuts a cultured figure, with good rolling refinement and healthy mid-range torque helping it along.

What’s quite obviously lacking is true dynamic polish when you push on a bit. The steering response is keen but numb; the gearbox shift-mapping never quite gets it right; and the suspension begins to fidget and shimmy awkwardly if you really start to work the car on tricky B-roads, where it loses its sense of cohesiveness and doesn’t always feel properly dialled into the road surface, as the Jaguar XE or BMW 3 Series would.

Also the driving position is too high, although the seats themselves (trimmed in leatherette as standard or in the real thing as an option) are broad and comfortable, with bolsters that gently squeeze the base of your ribcage in Sport driving mode.

In fact, the cabin is generally pleasant, if short of leg room in the rear and with some switchgear whose perceived quality is more Kia than Genesis would like to admit. 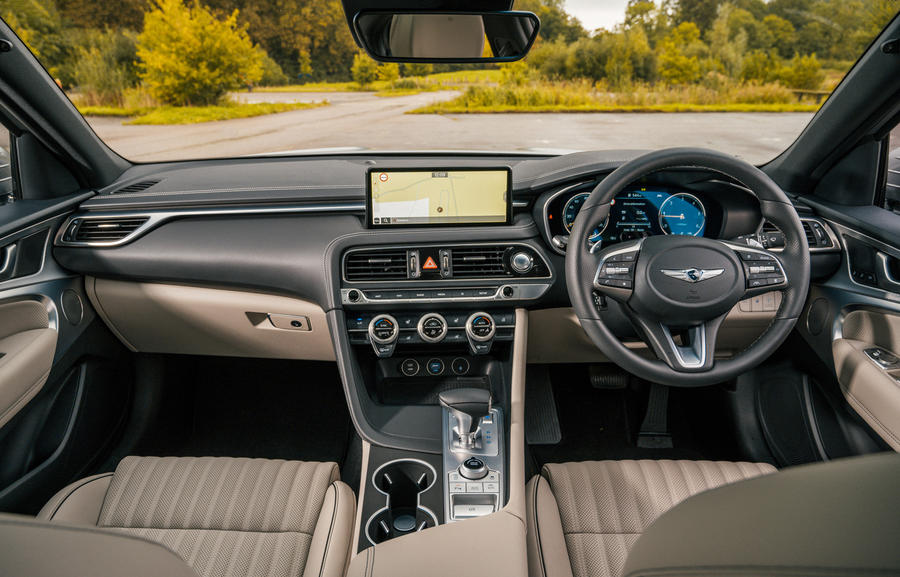 The G70 is an interesting effort, and with Genesis’s commitment to ‘we will come to you’ customer service, it might just be the easiest ownership proposition in the class. But it’s also an esoteric choice that’s outclassed by rivals in the ways that matter for lightly sporting saloons. 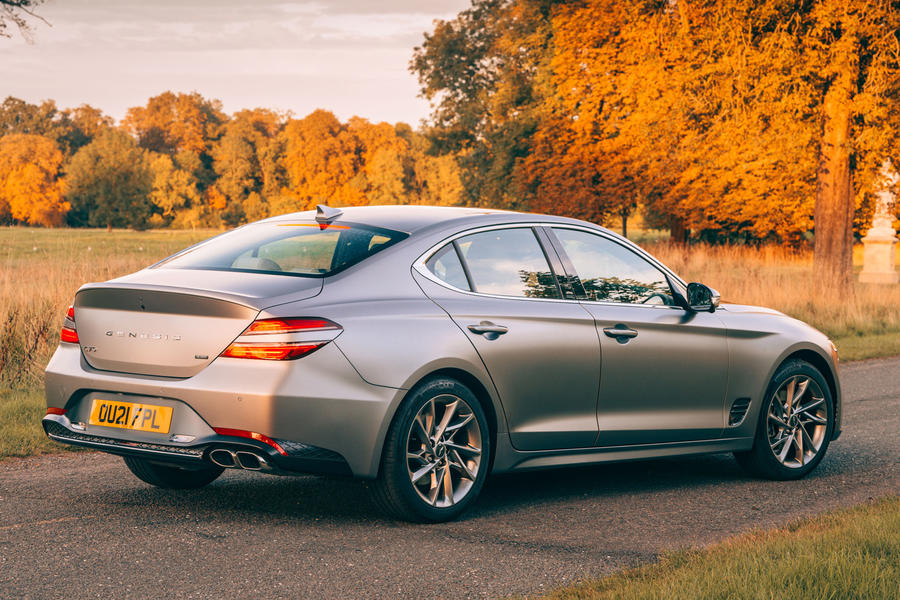