From £20,7108
Ford’s baby SUV is already established as a potential class leader, but there are still questions to be asked over engine and suspension choices
Open gallery
Close

The Ford Puma is the Blue Oval's second crack at a compact SUV — the first is the marginally smaller Ecosport, now six years old — and it has been making plenty of waves since it hit the market a couple of months ago.

As well as grabbing generous helpings of buyer interest it has already collared the coveted What Car? Car of the Year award. In truth, it could hardly be more different from the Ecosport: its combination of great styling, a well designed interior, a simple but impressive spec and an ideal size, looks like sending Ford’s latest offering straight to the top of the baby SUV class.

Yet there are questions. Ford currently offers only two three-cylinder mild hybrid (MHEV) petrol powertrains: 123bhp and 153bhp. Choose the former and you'll save £750, but is it a better idea to spend the extra money? The other tricky choice is between the Puma range’s three distinct models, which offer three wheel and suspension combinations: 17in wheels and compliant suspension for the Titanium, 17in wheels and sports suspension for the ST-Line and 18in wheels, again with sports suspension, for the ST-Line X. Which setup gives the best blend of handling and ride comfort? 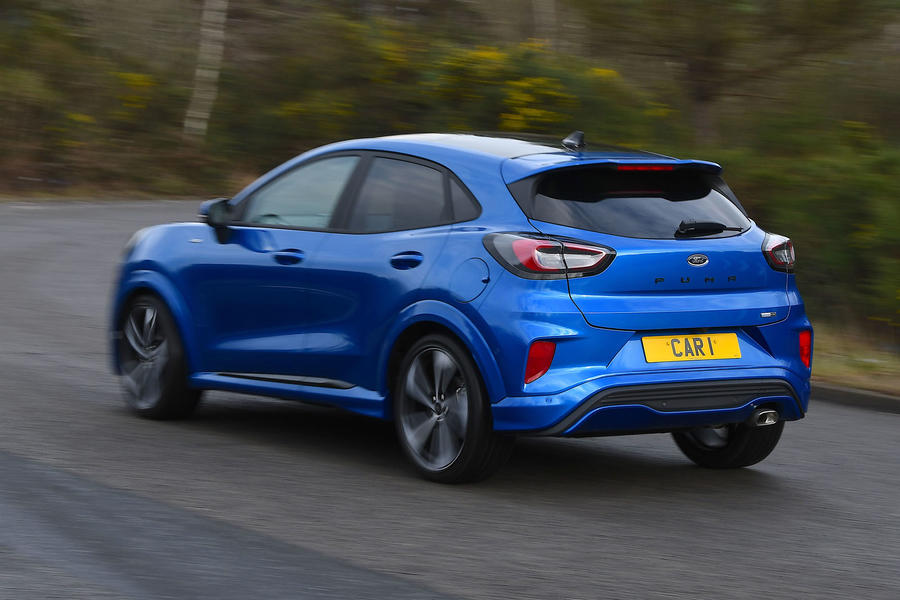 Having already driven the higher power version at launch, we grabbed a 123bhp First Edition ST-Line X model and took it on the ever-challenging roads of inner and outer London to investigate.

The First Edition comes with a comprehensive package of driver and parking aids, LED headlights, keyless entry and a powered tailgate, all for £2300. It’s a value package, though by the time you’ve paid £750 for an exclusive colour like ours (called Grey Matter) you’re in for £25,945; that's quite a lot of money for a Fiesta-based SUV, even if it has an impressive specification.

In general, the plaudits this car has so far attracted are entirely valid. Its styling is even better than in photos; its quality is very good; its interior is conventional but classy, like a well-cut business suit. The lower-powered 1.0-litre turbo triple is smooth, quiet and pulls amazingly well from low revs (helped at critical times by the 15bhp and 37lb ft that's contributed by the integrated starter-generator of the MHEV system). But it definitely lacks the sporty top end of the 153bhp edition; we’d say that the lesser engine works well enough, but the extra middle-to-top end verve of the more powerful engine suits the sporty character of the ST-Line models.

Among the strongest virtues of either version, however, are their smoothness and quietness, leading to a feeling of relative sophistication. Both engines emit a smooth, thrummy sound when used hard, but are almost completely silent at other times. Another advantage is the tiny triple’s ability to stop and start, reducing CO2 emissions, almost imperceptibly at intersections.

We're not so sure about the combination of ST-Line suspension and 18-inch wheels, though. With these, the Puma certainly has the enjoyable quality of tautness we’ve come to recognise from small Fords, but it “feels” ruts and ridges too acutely and too noisily at times, and rarely feels truly composed at sub-30mph speeds on pock-marked London roads. We’d say that an ST-Line on 17in wheels is the minimum comfort threshold for UK roads, and that the softer sprung (and more ostensibly luxurious) Titanium will be better for many. 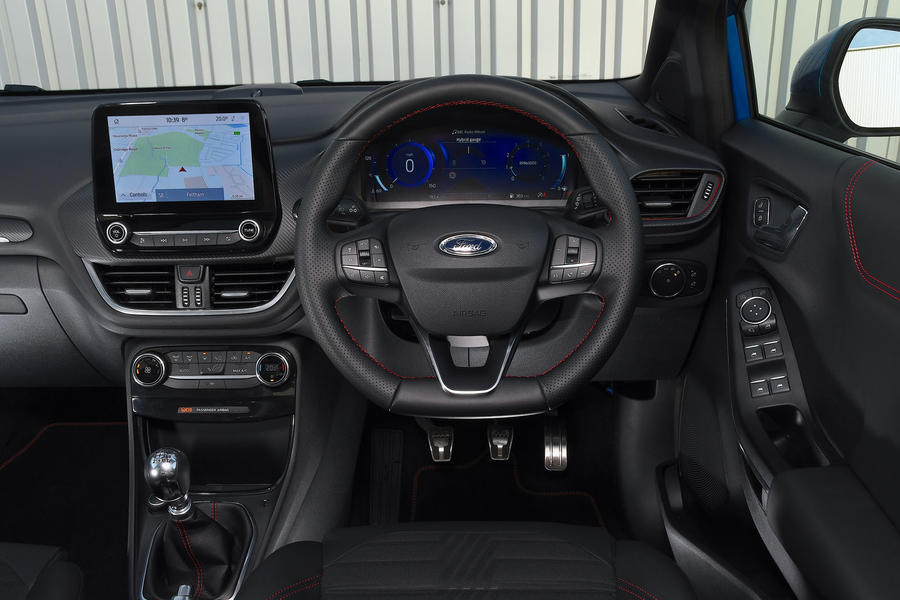 It’s certainly a strong contender. It has taken a surprisingly long time for the manufacturers of baby SUVs to offer vehicles of the appeal and capability of the superminis that underpin them. Renault built a terrific-looking Captur that was no great shakes on the road; Nissan’s first Juke won followers for a radical look but failed to impress dynamically speaking.

Now things are changing. The latest versions of the Renault and Nissan are better drivers’ cars — just in time to provide decent opposition for the Puma, which arrives from launch with a large helping of the traditional on-road virtues of small Fords. Yet the excellence of the Puma’s all-round package, along with its award-winning star quality, take it very close to the top of the class — provide you choose the version that rides as you want it to.

It’ll take a full-on Autocar comparison to establish the class hierarchy but there’s no disguising the Puma’s impressive suite of virtues. It’s simply better executed and more desirable than the general run of BSUV competitors, and given the current high demand for such models, it surely has a big future in prospect. 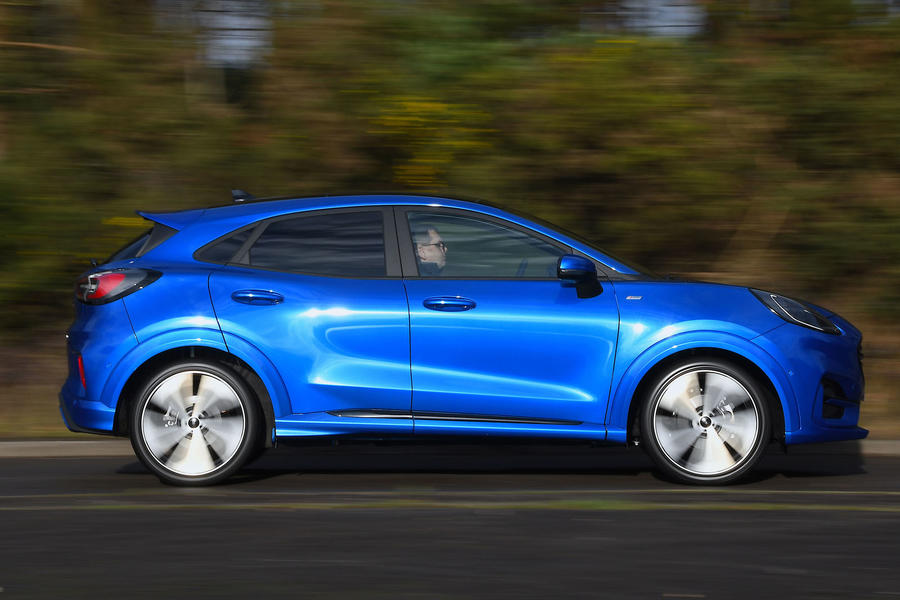 A suggestion for Autocar. Why not insist that a manufacturer sends a press car out in basic from, without options? As the very least demand that a vehicle is supplied without larger wheels. Ford shot themselves in the foot here, doesn’t anyone learn that enthusiast have wised up to this and not reading Max Power?
matchico 28 February 2020

Despite what this journalist said the first edition package isn't value at all. It costs the same as the sum of the individual option it is made of. It's in fact a complete to off!
morrisdickinson 12 February 2020

All these people posting about it being a press car on 18's just to look good.... They tested the ST Line X which comes as standard on 18's as mentioned in the article. Why comment when you haven't got a clue what you're on about!?!

Only gripe with the review is why are there no pics of the car they they actually tested in the Grey Matter exclusive colour?!?