8
Everything that’s good about the Seat Ateca, with added performance and a bit of extra polish, even in prototype form
Open gallery
Close

While Cupra-badged Seat models were all about performance, the Cupra sub-brand has a slightly different brief, mixing performance with ‘uniqueness and sophistication’. The idea is that Cupra-branded models will appeal to a slightly more affluent audience, willing to pay higher margins.

That’s why the first Cupra model is an Ateca and not, say, a Cupra Ibiza. Seat believes there are bigger margins to be had making a high performance family SUV than a hot hatch. And Seat also believes there’s a fairly sizeable gap in the market for a Cupra Ateca, above the likes of family SUVs such as the Hyundai Tucson, Peugeot 3008 and, yes, Seat Ateca, and below premium sporting models such as the Audi SQ2 and BMW X3M.

So how do you turn a Seat Ateca into a Cupra Ateca? Well, there’s a new ‘tribal’ Cupra logo, which entirely replaces the Seat badges. There’s also a new grille design and rear bumper, some glossy black details, quad exhaust details on the rear diffuser and 19inch diamond cut allow wheels. Inside, there are more Cupra logos, Alcantara-covered seats, a leather steering wheel and gear stick, and aluminium pedals and other features.

More substantially, the Cupra Ateca features the VW Group’s EA888 2.0 TSI engine, in this case tuned for 296bhp and 295lb ft of torque, propelling the 1632kg SUV from 0-62mph in 5.2secs on its way to a top speed of 153mph. There’s a seven-speed DSG auto ‘box and variable four-wheel-drive, while work has been done to the Ateca’s adaptive suspension settings.

There’s also been considerable tuning of the Ateca’s software, including a new Cupra drive mode. Our test machine also featured the optional Performance Pack, which among other tweaks includes 18in Brembo brake and bucket seats. Yes, bucket seats in an SUV. 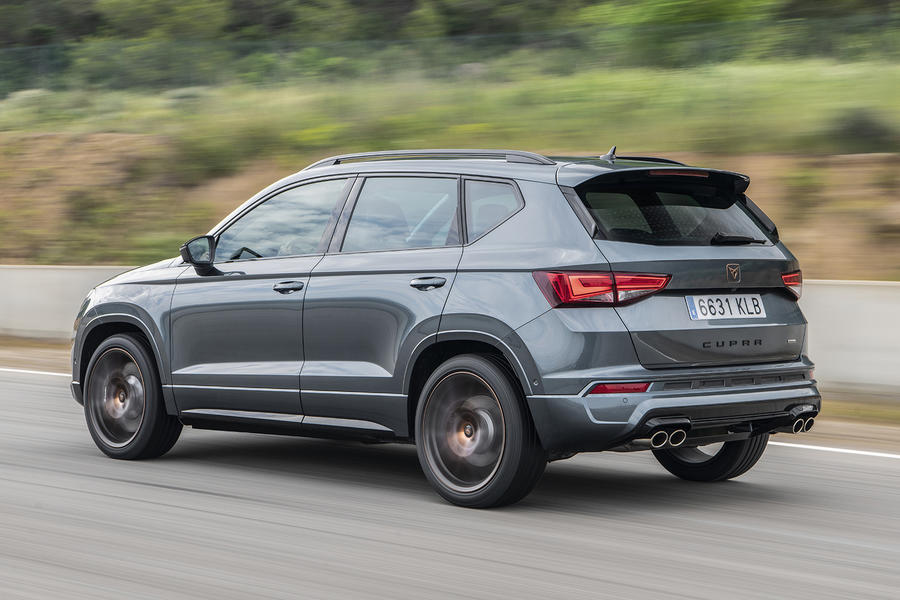 The machine we tested was officially still a pre-production version. From where we were sitting (in the aforementioned bucket seat) it all looked rather finished and polished, although Seat claims there’s still some tuning work to do, largely on the software and settings.

Given we rate the Seat Ateca as one of the best family SUVs on the market, you won’t be surprised that adding extra performance and kit enhances the package, making the Cupra Ateca very nice to drive.

On normal roads, in the standard drive modes, it feels much like a Seat Ateca, albeit one with a pleasing punch of extra power when needed. So there’s decent turn-in and positive, direct steering, while the suspension and chassis control settings do a decent job of masking the Ateca’s height and weight.

To prove the Cupra Ateca’s sporting credentials, we were also given the chance to test it on a race circuit. And, should you fancy a few laps after dropping the kids off at school, you’ll be glad to know that the Cupra Ateca is enjoyable on track. It makes brisk progress on straights and is good fun in the bends.

That is, of course, with the physics-based caveat that it’s a high-sided, relatively heavy SUV: it’s prone to understeer if you push to hard, and it’s easy to overwork the brakes if you ask too much of them. 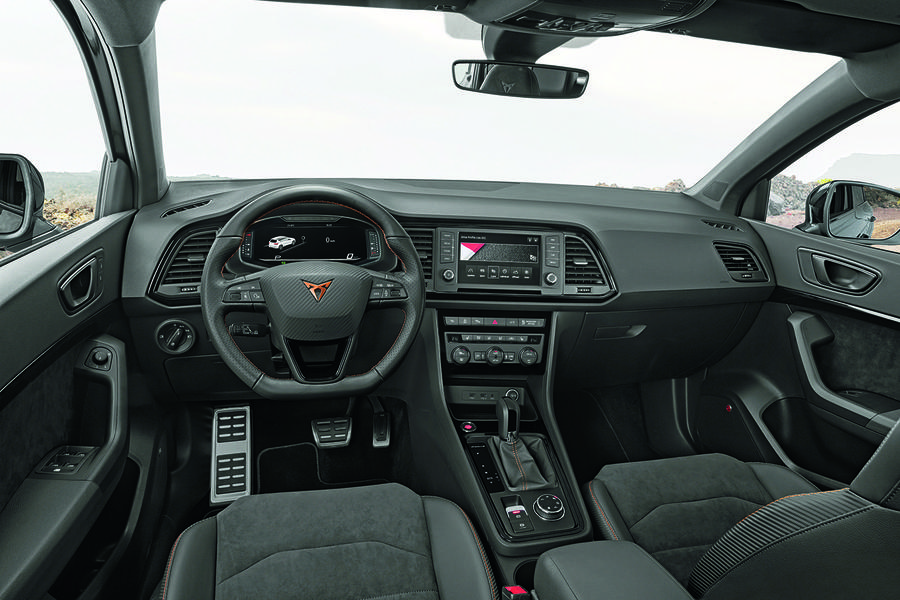 Even if you never take a Cupra Ateca onto a circuit – and, let’s face it, you probably won’t – it’s undoubtedly an enjoyable car. But it isn’t a hardcore ‘hot’ version of the Ateca: it’s a more rounded proposition.

That price fits right into the market gap Seat has identified for the Cupra Ateca: regular family SUVs, but below premium offerings. And, on early evidence, it certainly feels like a compelling, unique option for those seeking a machine that mixes performance kicks with crossover practicality.

Just don’t call it a Seat. 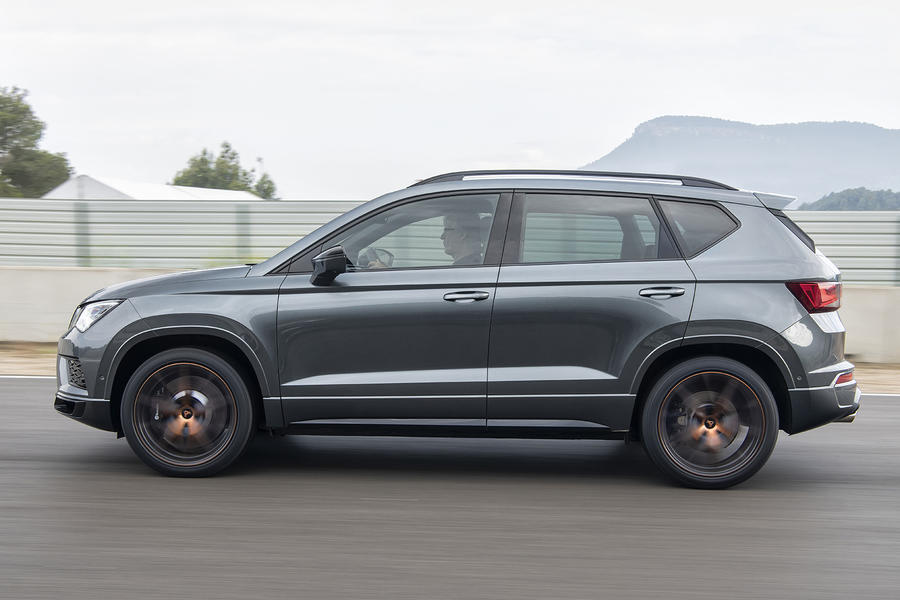 OK. So I got one in that exact colour, Brembo breaks and all but no bucket seats.

Whether the decision about making a Cupra sub-brand is your thing or not I don't really care as there's loads of manufacturers doing it.

The car is easy to drive (very easy with all of the tech) and eminently pleasurable when you need to pootle around in comfort mode. Switch to Sport or better still Cupra and it then becomes big fun on the twisty roads and I appreciate the 4-wheel drive grip.

If you're out of Cupra mode and not belting the car around, economy is acceptable for a petrol, auto SUV with 4x4 tech (it is the Haldex system) but it's still ready if you boot it - just a little less ready.

I have no regrets (other than I don't drive it as much as I would like to) and it looks good - better in the metal than photos and certainly not like the Kodiaq or Karoq (my neighbours have them, nice as they are NOT like the Ateca). The good thing is that it's just as practical and comfortable as any Ateca.

Don't call it a SEAT.

Don't call it a Seat?  Ok then...   it's a 5 Cupra SUV with two bucket Cupra's in the front. Final specification is still unknown but it's likely electric memory cupras will be a £500 optional extra and heated cupras will be part of a £400 winter pack.

They've done a really good job with this, I hardly recognised it as an Ateca at all.....

They've done a really good job with this, I hardly recognised it as an Ateca at all.....

I thought it was a Skoda Karoq. Or Kodiac. Or something.