From £252,7659
More satisfying than any alternative drop-top supercar, if ultimately and inevitably less precise than the 488 Pista coupé
Open gallery
Close

A few months ago, I polled some car people on what their dream three-car garage would be. The answers were satisfyingly eclectic, but after a raft of spaces taken up by Range Rovers, Audi RS6 Avants (because we all need something like those) and Porsche 911s various (because ditto), there was a notable standout model: the Ferrari 458 Speciale Aperta.

Mechanically, it’s all but the same as the 710bhp 488 Pista coupé, which I'd say is the best of today’s supercars, although with a 100kg weight penalty as a result of fitting a hardtop that electrically whizzes up and down, even when you’re driving at up to 30mph.

The 488 Pista coupé is up to 90kg lighter than a regular 488 GTB, depending on options, which the folding hardware then offsets. We weighed a fully fuelled 488 GTB at 1555kg, so think similar here (Ferrari's claim is 1485kg) – respectable for a car with a 3.9-litre twin-turbo engine, a dual-clutch automatic gearbox and a folding roof. 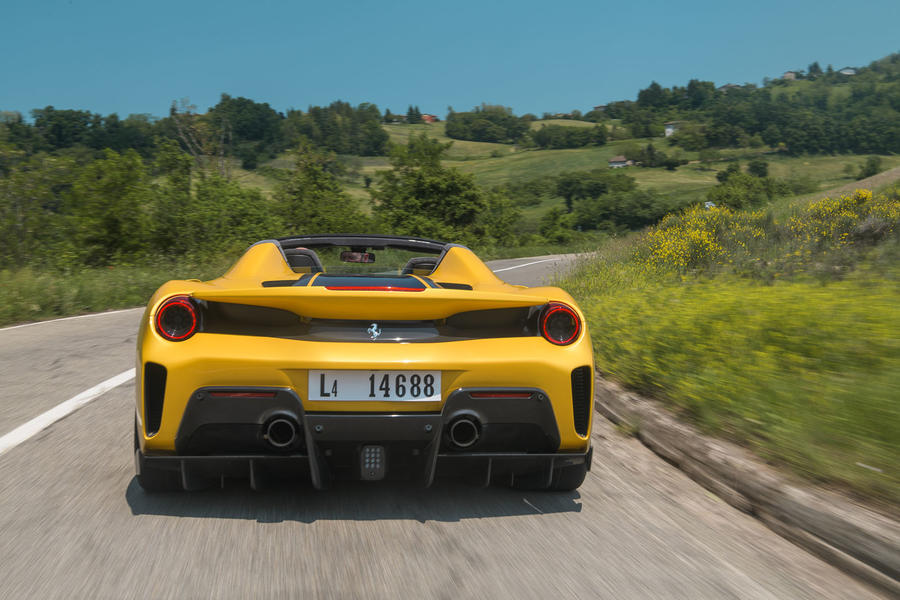 The 488 Pista coupé’s defining characteristic is none of those mechanical elements, though; rather, it’s the fact that it’s a mid-engined exotic that feels almost as docile as the Toyota GT86 at its limit. It’s an exceptionally capable car (211mph top speed, silly cornering speeds) but also a very approachable one.

Much the same is true here, only inevitably slightly blunted because of the weight gain, and it’s weight gained high of the car. So coming from the coupé, it feels like getting back on your bicycle having strapped a bag onto it: the cues and inherent character are still there, just with more muted reactions.

It’s only a few weeks since I drove a 488 Pista coupé, and I'd say the Spider steers with a touch more weight, but the rapid off-centre reaction and fast ratio is still there. The ride is good – easily comfortable enough for everyday driving, whether you’re in the firmer or softer of two (easily selected) damper modes. Enough to make you think this isn’t a hardcore car – until stones and grit start pinging loudly from the underbody due to the removal of soundproofing.

With its roof down, the 488 Pista Spider feels pleasingly open, yet there’s precious little wind buffeting. Body rigidity doesn't remain quite as true to the coupé as in a McLaren roadster (the Ferrari has an aluminium structure, McLarens carbonfibre), but only when the suspension is heavily loaded and the road is very poor do you notice any minor loss in rigidity.

If you were on a track, you’d pick the lighter coupé every time, but there’s still bags of fun to be had in the Spider on twisting roads. Body control is great even in the ‘bumpy road’ setting, the brakes are sound and the electronics that govern slip are brilliantly integrated and have modes as simple to select as adjusting the air conditioning.

Wet and Sport mode allow precious little slip, but turn things through to CT Off (no traction control) and on deserted hillside hairpins, once you’ve seen the road is clear, you can harmlessly spin up the tyres and make some noise. 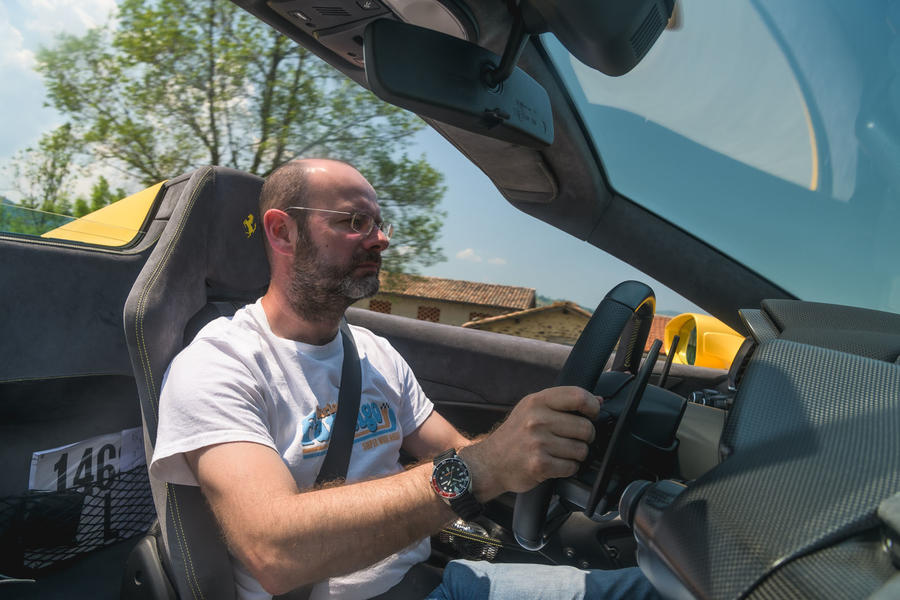 Ah, the noise. Ferrari hides turbos – both their noise and response – better than anybody else. You’d know this car is turbocharged by the torque as much as the sound, which is very powerful and quite gratifying. But it doesn't wail like the 458 Speciale’s engine, and as it echoes from the hillsides, you do know it.

So the 488 Pista Spider may not push the 458 Speciale Aperta from those dream car positions. But really, don’t doubt what a terrific modern supercar it is. 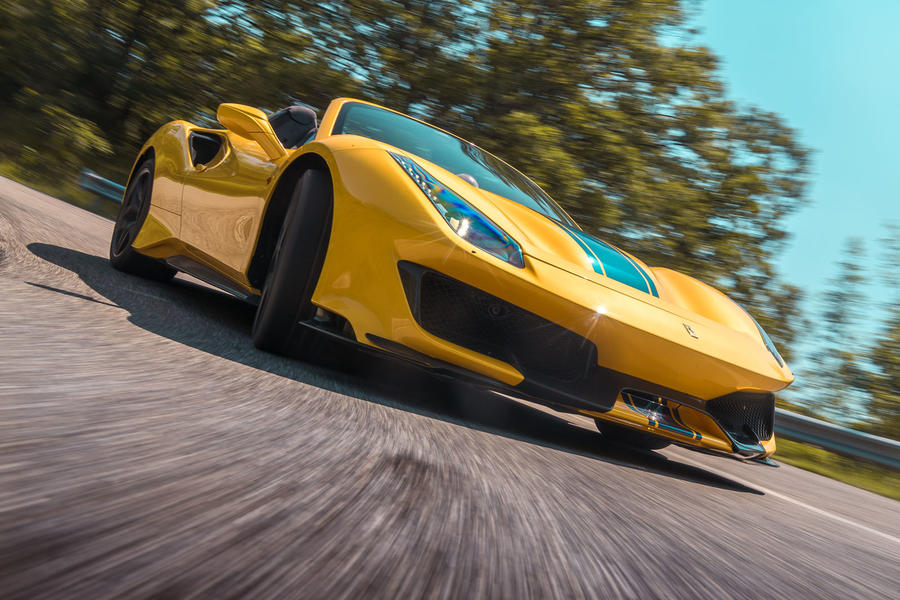 A car that, despite being an

A car that, despite being an open top, has in fact lost much contact with its surrounding nature. First the pronounced wedge shape and the twin humps, second, the driver(and passenger) sits a long way from the edge of the car (in terms of width). Give me a Mercedes pagoda instead ...
si73 5 June 2019

Beautiful scenery, ugly car, well maybe not ugly but not as pretty as some Ferraris have been.

Why these Days is there not a contrasting border round the edges of the Mirrors?, it’s hard to focus on them sometimes...