The car you see here is the new Audi SQ2. As you’ll be able to deduce from its name, it’s a sharper, faster version of Ingolstadt’s smallest SUV.

If you think that formula sounds familiar, you’d be right. You could tack that exact same description on to the Cupra Ateca, the Volkswagen Golf R, and the forthcoming Volkswagen T-Roc R, too - perhaps with the exception of price for the latter.

Now, when I was at school, I was always told that copying a classmate’s work was a big no-no. The same went for copy-pasting something from the internet and passing it off as my own work - you just didn’t do it. While the world of automotive manufacturing is obviously totally different to that of the classroom, I can’t help but detect a whiff of the above going on at Volkswagen Group at the moment.

Obviously, platform sharing is nothing new. And it’s a good thing that this ubiquity is countered by the fact each arm of the VW Group has its own distinct image. Being an Audi, the SQ2 should theoretically come with a chic, tech-rich cabin; and be able to stick to the road with the same tenacity as one of those facehuggers from Alien. 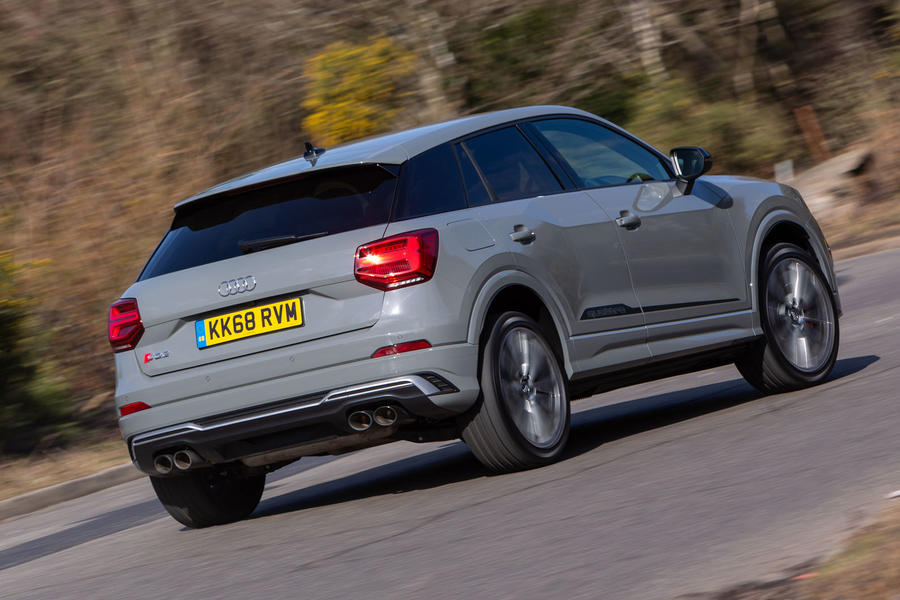 While it falls a bit short on the first count (it now feels very ‘last-generation’ Audi inside), on the second it doesn’t disappoint. There are pretty serious grip levels here.

The Quattro four-wheel drive constantly redistributes torque from front to rear axle to keep the SQ2 on line; and when the nose does wash to understeer up to 100% of that force can be directed to the rear. You can feel the car momentarily pivot around its centre when it does, gently tucking the nose back in. It’s rather impressive.

That ‘EA888’ engine feels very nearly as potent here as it does in the Golf R, too. After a degree of initial lag the Audi accelerates with a muscular ferocity, and it’ll continue to pull right up to its 6500rpm limiter. With its torque being spread so wide (2000-5200rpm), you can plant your foot in just about any gear and make rapid progress.

There are caveats, though. While stiffened, lowered sports suspension keeps body roll largely in check; an animated, often fussy ride comes with it. It’s at its most irritable at town speeds and on medium-pace country roads; and even when you add pace it still has a tendency to rebound and deflect more than is truly comfortable. I remember a Volkswagen Golf R riding with a degree more polish than this.

I reckon you’d find more passenger space in the back of the Volkswagen, too, and while the SQ2’s 355-litre boot is bigger than the Golf’s, it’s only by a fraction. The driving position is also too high; the seats themselves aren’t supportive; there are vast expanses of hard plastics in the cabin that seem out of place in a fast Audi; the steering is particularly numb; and you can’t shake the thought that a Golf R would handle better, ride better, be even quicker, and cost you less money. 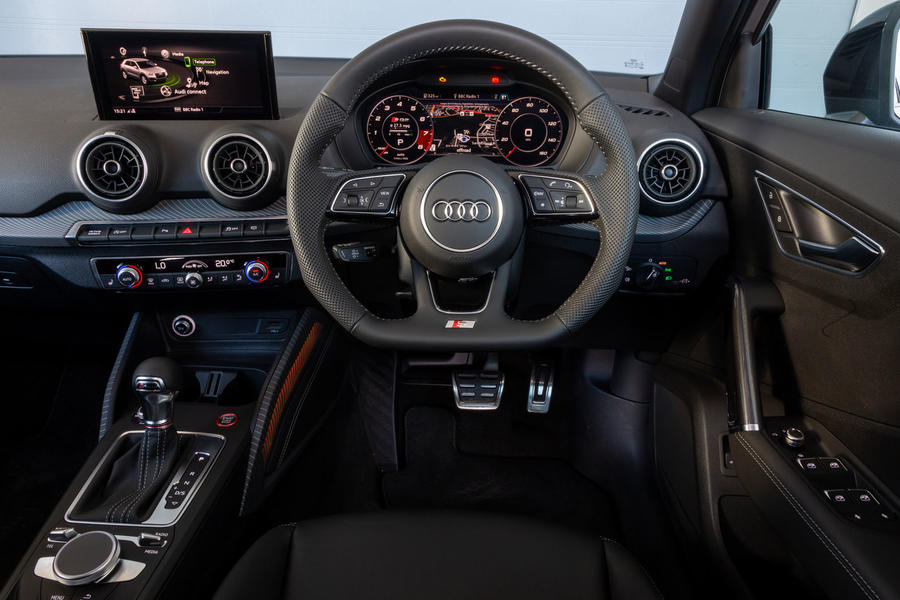 Obviously, Audi knows what it’s doing with the SQ2. SUVs and crossovers are in vogue and a go-faster, more expensive model such as this is the perfect 'halo' for an increasingly popular class of car. 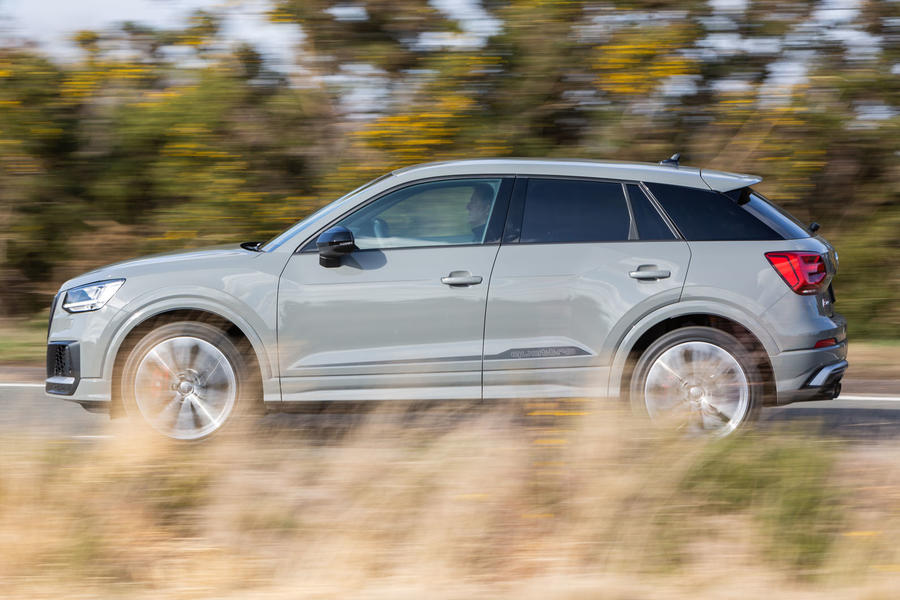 I think that most of the people that would buy this car would lie awake at night trying to work out if they bought it in the right colour and with the right options (pack?) rather than any driving considerations.

Cheaper than the Golf R

The price of the 5 door Golf R has increased so much that it's the princely sum of £35 more than the SQ2. Not sure what discounts are available on either but I think it's an interesting comparison.

How does it get 3.5 stars? It doesn’t ride well, it’s not all that spacious, interior is cheap feeling, tech is last generation reads more like a 2 star or 2.5 star... problem is all these MQB based cars with the same engine must all now feel same similar with subtle differences... they are genuinely boring now!
View all comments (7)