As the entry point to an expansive line-up that now includes nine different models, the Audi Q2 is something of a gateway drug to the Audi SUV range. Many customers are completely new to the brand, so keeping it relevant in such a competitive part of the market is no minor task.

That’s why the compact crossover received a subtle refresh late last year, sharpening its looks even further and bringing its interior technology more up to date with rivals such as the Mini Countryman and all-new Ford Puma.

Styling revisions include a more expansive and purposeful-looking front grille that more closely resembles the larger Audi Q5, redesigned front and rear bumpers, and LED headlights that come as standard across the range. The outgoing car’s sharp angles and sculpted shut lines, which weren’t to all tastes before, remain largely unchanged. 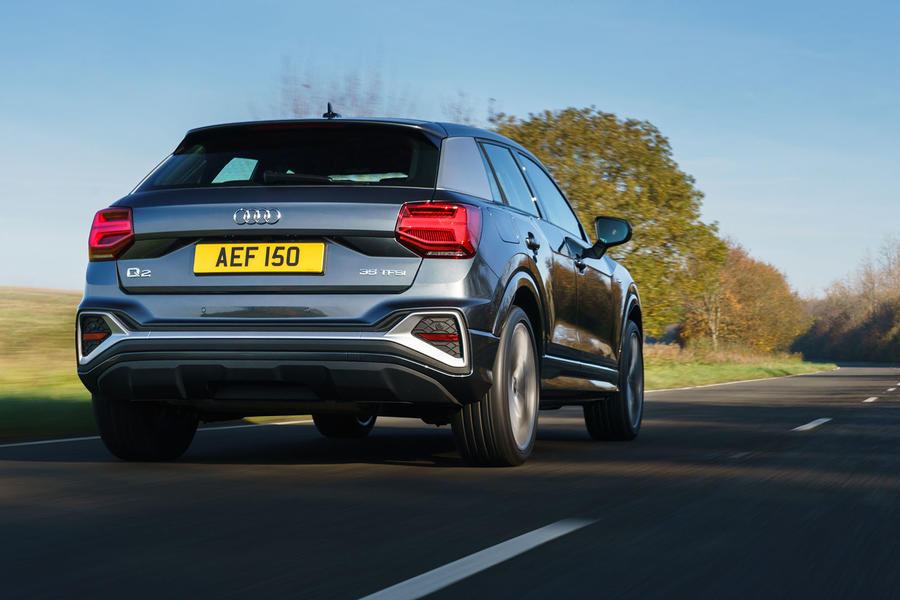 With 148bhp from four turbocharged cylinders, the Q2 feels usefully quicker and more responsive under acceleration than the 1.0-litre three-pot. At 8.6sec it is almost three seconds quicker in the 0-62mph sprint, and is noticeably smoother under load.

Unfortunate, then, that the automatic transmission is so sluggish, shuffling cogs even under a light foot at consistent speed and taking its time to react when you put your foot down. It’s symptomatic of many recent Volkswagen Group models, and detracts from what should be an enjoyable driving experience.

The newly redesigned gearlever is less awkward here simply because you’re using it less often, though given we found the Q2’s manual gearbox to be fairly accurate, we’d prefer it over the somewhat hesitant automatic.

Otherwise, the Q2 feels the same as it ever did, with plenty of front-end grip and the variable steering is calibrated in such a manner that the car feels more agile than you’d expect through the corners. Though it rarely proves engaging when you do press on, there’s a level of dynamism to be found that might prove surprising. A somewhat firm ride is the trade-off, though that evens out slightly once you get up to speed. The customisable drive modes (now standard on Sport trim cars) do little to change that, though you wouldn’t call this car uncomfortable.

Beyond some tweaked air vents (which during our test seemed rather hesitant to heat up the cabin) the interior refinements for 2021 are largely focused on infotainment. The 12.3in digital instrument cluster, now standard on Sport trim and above, remains a highlight, though the 8.3in infotainment system still relies heavily on a rotary controller and hot keys in the centre console.

That’s because the underlying operating system is still shared with the previous-generation Audi A3, rather than the latest interface, which is more touch-friendly. It’s still intuitive enough to use, though rival systems are rapidly catching up in terms of display clarity and level of customisation on offer.

You don’t have to hunt too hard to find hard scratchy plastics, but the cabin manages to remain on the right side of premium, with welcome standard features like an electronic tailgate and fabric-wrapped sports seats. 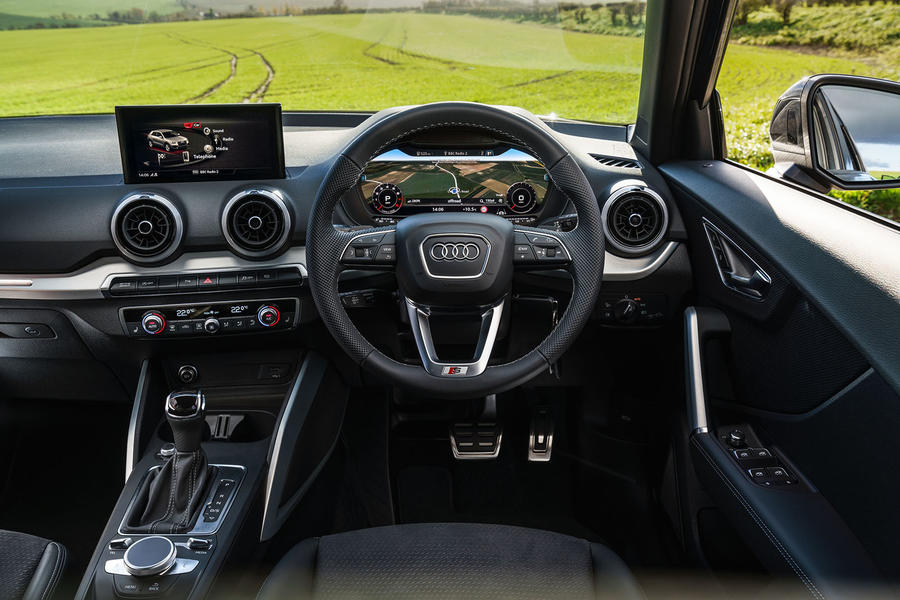 This latest round of updates helps keep the Q2 towards the top end of the compact crossover class, though anyone hoping for more than visual appeal will find better driver’s cars elsewhere.

Even those not seeking the best in dynamism or driver engagement are likely to experience frustration with the sluggish automatic transmission, so if you’re set on the Audi badge, we think the £1500 less expensive manual model might be the better choice. 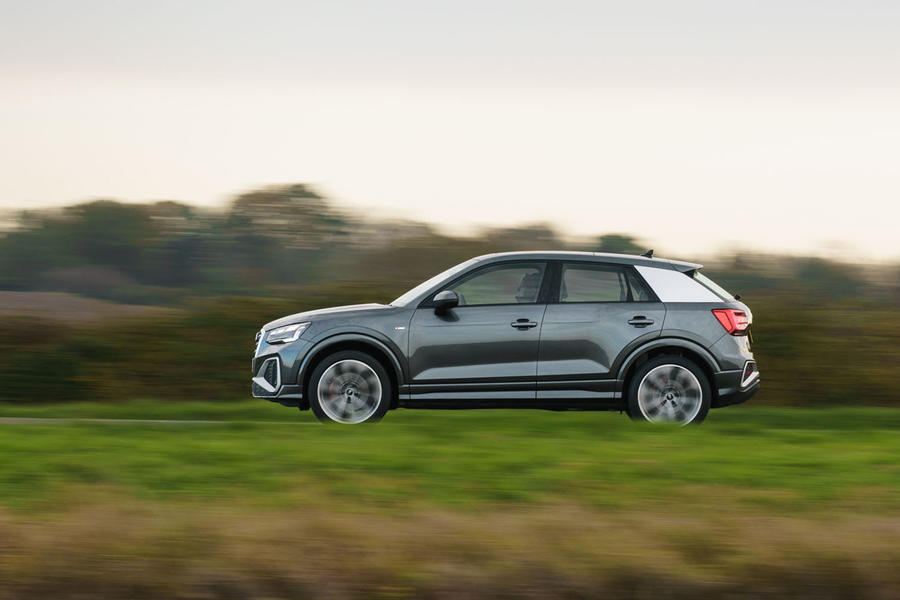 Scratchy plastics inside, poor equipment levels, silly prices unless you PCP one. It’s your choice to buy one but it’s not class leading. Audi trying to save money after dieselgate.

And people say the new BMWs have an ugly front end. This takes the award!

It's an Audi, so some like, some don't, buy one, or, not buy one?, nobody forces you to buy a car, it's your choice, your money.

It's an Audi, so some like, some don't, buy one, or, not buy one?, nobody forces you to buy a car, it's your choice, your money.