We wouldn’t blame you for not shedding a tear at Mitsubishi’s withdrawal from the UK market, such is the broadly uninspiring array of machinery the company currently has on the market.

Perhaps things would be different had the brand followed through with plans to introduce an 11th iteration of its fan-favourite Lancer Evolution. But alas it was not to be, so let’s pay our own tribute to the departing brand with a look at the fearsome Evolution X, produced from 2007 to 2016.

As a swansong for the hallowed nameplate, the X fitted the bill rather well. It sported a sharp new look compared with that of its increasingly bulbous predecessors, a specially developed 2.0-litre turbocharged four-cylinder engine producing 291bhp even in its mildest form and a host of torque-vectoring trickery aimed at shunting its long-time Subaru Impreza WRX rival out of the rally-bred performance saloon limelight.

First impressions were good, too. Our road testers labelled the X “crushingly effective” and remarked on the car’s improved refinement over Evos of old. It wasn’t without its problems, however, and although perceived and actual quality were leaps ahead of that seen in previous models, the X couldn’t really hold a candle to the more comfortable and potent German saloons on offer. 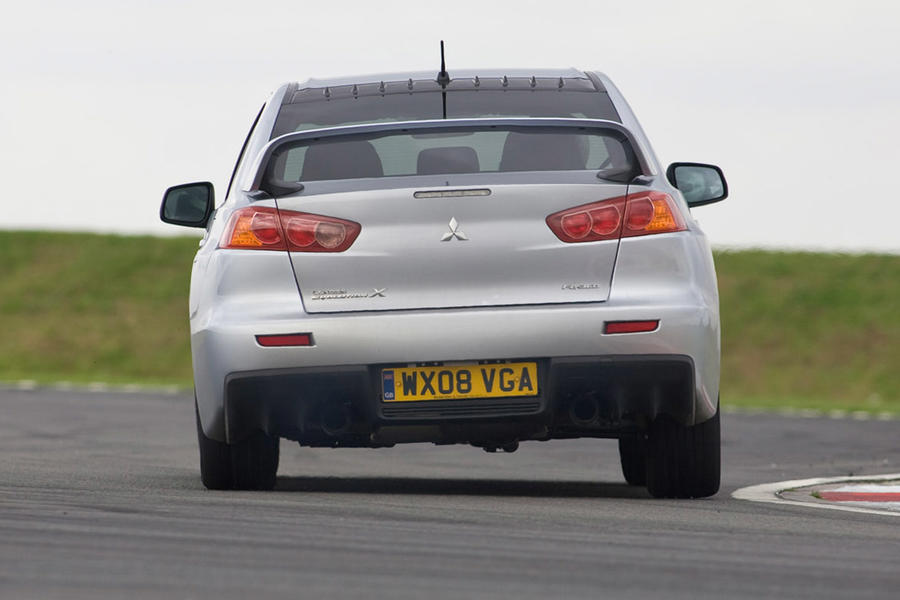 Even so, the car’s ‘last of its kind’ status and still-competitive performance figures mean prices have yet to descend to the levels of lesser-powered and more common alternatives, such as the Mazda RX-8 and FN2-generation Honda Civic Type R. At time of writing, the cheapest Evo X on sale was a 2008 car with the six-speed automatic gearbox and some not so subtle exterior modifications. For a standard-specification example – more likely to hold its value and a safer bet all round – you can expect to pay from around £14,000 for a clean FQ-300, right up to the high-£40k mark for top-spec run-out cars with less than 20,000 miles on the clock.

The casual enthusiast is unlikely to be disappointed, performance-wise, with any form of Evolution X. The entry-level car could crack the 0-62mph sprint in less than five seconds and won acclaim for its tight dynamics and accessible punch, while the more potent FQ-330 and FQ-360 models went some way to recapturing the raw hooligan spirit of the older Evos.

It was the formidable FQ-440 MR, though, with an ECU re-map liberating 440bhp and 412lb ft, that really sent the Evolution out with a bang. Only 40 examples came to the UK, each equipped with bespoke wheels, Recaro leather bucket seats and special Frost White paint, so they’re an especially rare breed today. If you really must have one, there’s a 64-plate car with just 12 miles on the clock being advertised at a dealer in Aberdeen for £54,995. That or an Alpine A110 Légende? Hmm… 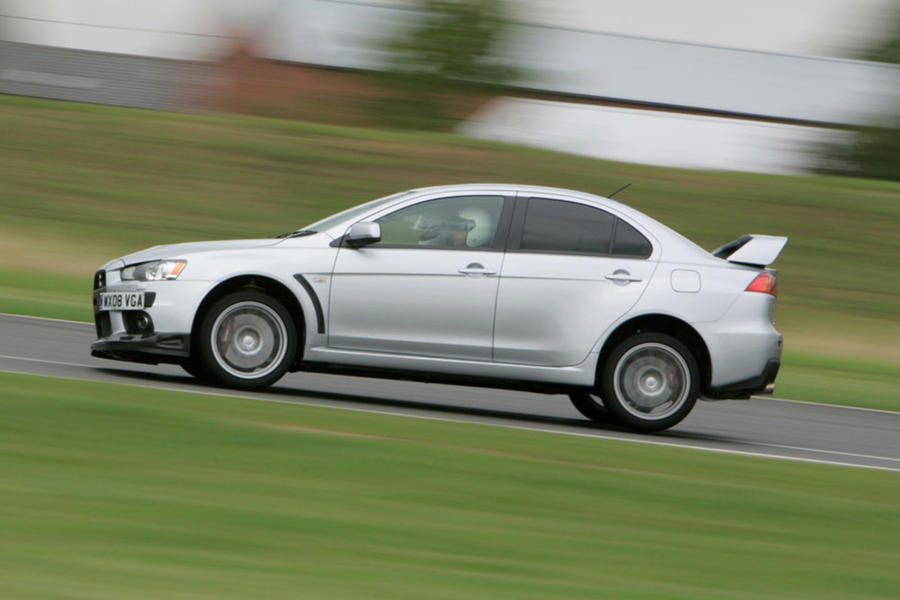 Timothy Pepperell: My Evo makes 720bhp and has a sequential six-speed gearbox. The engine was poorly built when I got it and had a few problems, including taking most of the teeth off the gears. Don’t worry about mileage when buying a stock car, as long as the service book is up to date.

■ Engine: Evo X’s 4B11T engine likes an oil and filter change every 4500 miles or six months under normal use, more often if you like track days. Timing chain on pre-2011 cars can stretch, so replace for peace of mind. If a car has an aftermarket exhaust fitted, check that the original catalytic converter will be supplied too. Fuel pump relay is a weak point, causing lean running – Mitsubishi recommends swapping the original black unit for an upgraded blue item.

■ Bodywork: A thorough inspection of the front chassis legs and boot floor is an absolute must – previous impacts could have been carefully concealed. Get the car out in the sun for a good look at the paintwork – sub-standard detailing work will leave swirl marks and small scratches. Factory-applied underseal wasn’t up to the task, so check the quality of any work carried out underneath.

■ Suspension: Knocking from the front end is a common issue; worn front damper bearings are the usual culprit. Budget around £450 for replacements, with fitting. Handling is sensitive to alignment, so have it checked by a specialist – as it’s easy to strip the threads in the camber and toe adjustment ‘discs’. Check the recommended settings for any aftermarket suspension components to avoid irregular tyre wear. 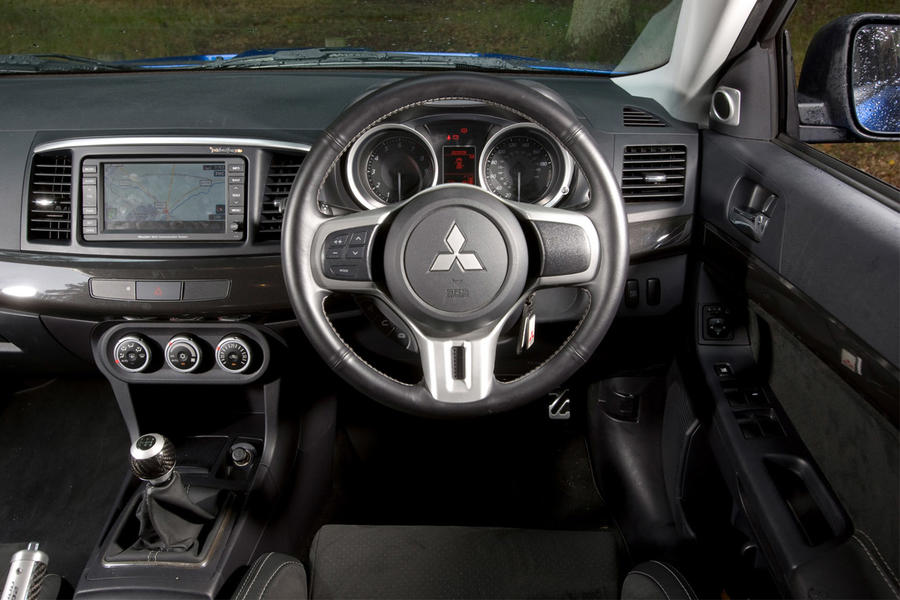 ■ Electrics: Mass air flow (MAF) sensors are an Evo X weak spot. Symptoms include irregular idling, poor economy and jerky acceleration, but can often be rectified with a (very careful) clean of the contact strip. Cobra tracker was standard fit in the UK, so check it’s been registered and find out when the yearly subscription ends (renewal costs around £190). Factory-fitted alarms are sensitive; if it’s becoming annoying, adjustment is a DIY job.

Active yaw control (AYC) faults are a headache for Evo owners. If a full system bleed doesn’t turn off the three warning lights, the pump has possibly corroded and lost pressure. Buckinghamshire-based specialist Auto Torque supplies and fits new items with an uprated motor and a three-month warranty for £2046. It can also optionally relocate the pump to the boot, protecting it from the elements. 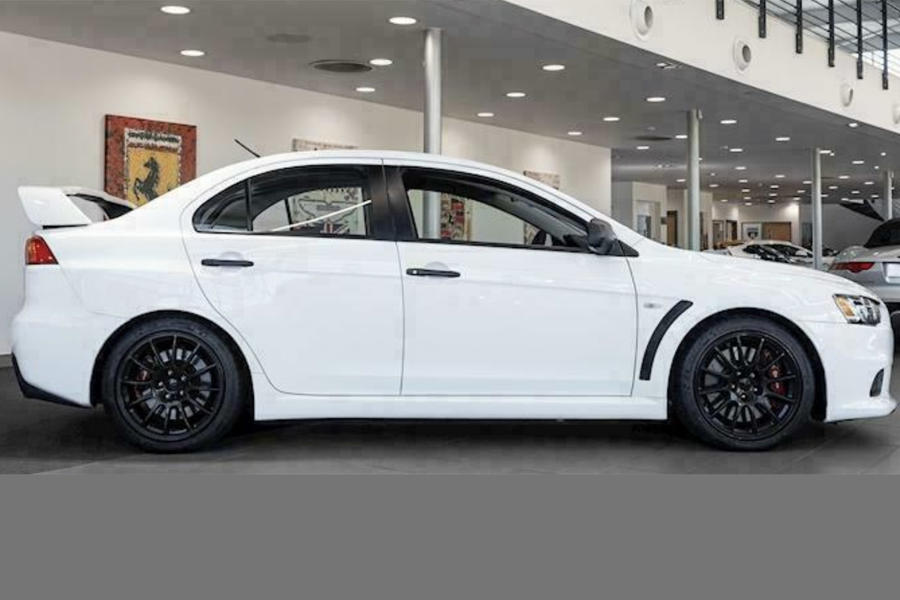 Mitsubishi fell too far behind in Europe to catch up