BACK TO ALL NEWS
Currently reading: James Ruppert: A used hybrid is two cars for the price of one
UP NEXT
Mazda to launch own version of new Toyota Yaris by 2023

James Ruppert: A used hybrid is two cars for the price of one

If you want the best of both worlds, a second-hand plug-in makes a lot of sense
Share
Open gallery
Close
Share story

Well, here you go. A good friend of this page called Peter told me that he recently purchased “a beautiful car that accelerates to 60mph faster than a BMW M3 and does more than 100mpg, according to the New Car A-Z in my latest copy of Autocar”.

He explains: “It’s a Volvo S60 T8 Twin Engine Polestar Engineered. It’s the most comfortable car I’ve ever driven and has none of the disadvantages of fully electric cars.”

I’ve been accused of being a dinosaur and many other less friendly things, because I don’t think that electric cars quite compute, even as a used purchase. They’re still expensive to buy, they have a finite battery life and at some point in the day they have to be plugged in. What we need are alternatives to the alternatives, such as Peter’s Polestar.

If you wanted to buy one, it’s a huge hunk of car and at least admits to having a couple of engines. These cars date from 2019, so the mileages are fairly modest. For instance, an R-Design Plus with 6000-8000 miles is going to set you back £32k. Not only that but also you will be buying under the Volvo Selekt scheme, so there will be no worries. Peter is correct that it’s a lot of comfy car for a very reasonable amount of money.

Another safe-as-houses hybrid buy is always going to be one of those posh Toyotas. If you want the Volvo equivalent in a Lexus wrapping, an ES 300h registered in 2020 with 1000 miles under its wheels should appeal. Once again, you will be dealing directly with a main agent, and that’s always preferable with high-end automotive things. Oh yes, and the cost is just £33,000.

If that’s all rather boring and predictable, what about a fancy BMW with scissor doors? You’ve got to be beyond dull not to be moved by an i8. It wasn’t the biggest hit and maybe the absence of a straight six, V8 or V12 really was a factor. An M-series retrofit has probably been done by now, but I’ll take the plug-in hybrid from 2015 with 45k miles for £40k. Two owners, black-and-white and rather wonderful. 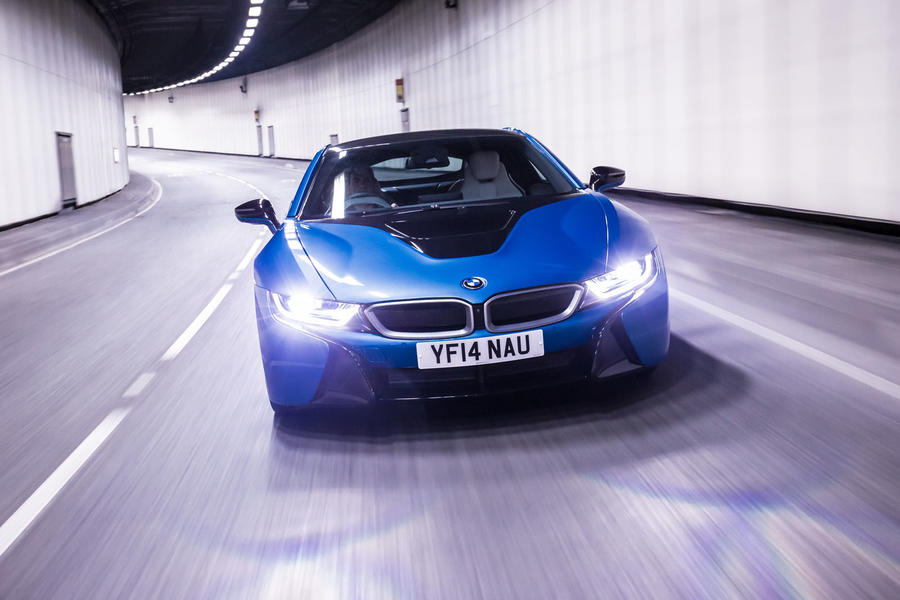 That will be too rich for many, but thankfully there’s a hybrid coupé you can buy for a massive amount less, and it’s perhaps the cutest and oddest little coupé known to humanity: the Honda CR-Z. There are plenty of 2010 cars around, and I saw a warranted example with almost 100k miles for £4000. It might be better to buy a sub-40k-miler with main dealer history, which costs closer to £6500.

I understand that hybrids aren’t electric cars, although some people believe that they are of sorts. They’re certainly more practical on a day-to-day basis and, when made by the right company, might well fit into your used car life. 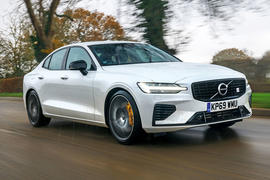 Volvo attempts to combine the super-saloon and PHEV with its flagship S60 - but is it more a rival for the Mercedes-AMG C43 or the hardcore BMW M3?

Daewoo Matiz: We were offered a free pair of sunglasses with this Matiz, probably due to its lurid colour. However, this little city car is ideal for anyone who doesn’t wish to travel by train, since it costs only £995, can be parked on a postage stamp and even has air-con. But be warned: its tiny 1.0-litre engine emits plenty of CO2, so VED is £205 a year. 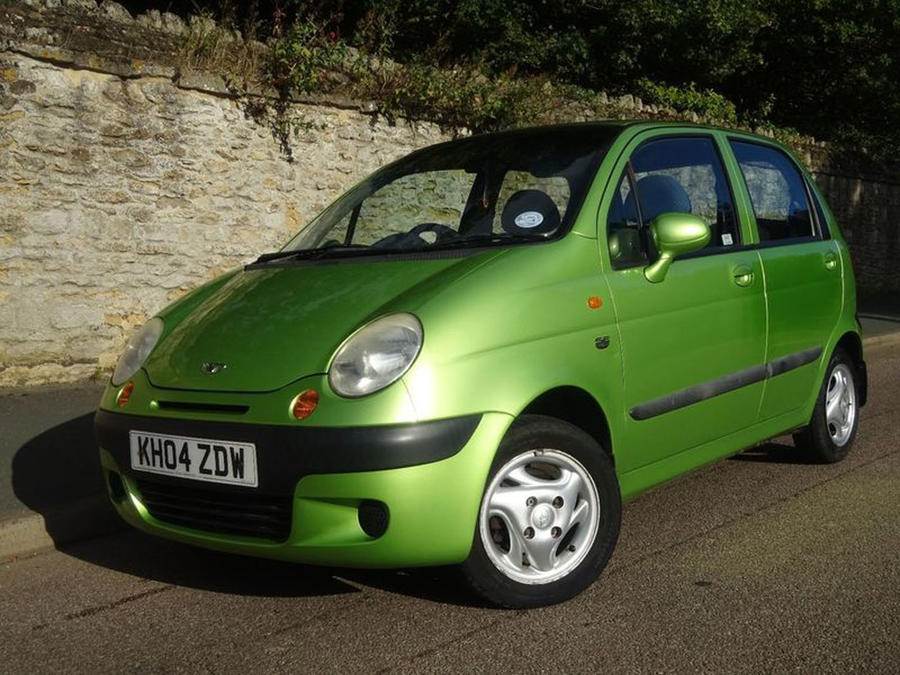 Land Rover Series 3: My 30-year-old Black & Decker trolley is a rather important part of the Lorry. It works just as hard for a living, and this after being bent out of shape – again. Ex-Lotus designer Ron Hickman came up with the wonderful Workmate, but I can’t find any evidence of him being responsible for this trolley, too. I knew someone who worked with Hickman in Jersey, but he’s no longer around, so I can’t double-check. The trolley works like a traditional sack-shifter but drops down to a flat bed so you can double the load. Anyway, I will be bashing it back to normality with a hammer and a vice this week. 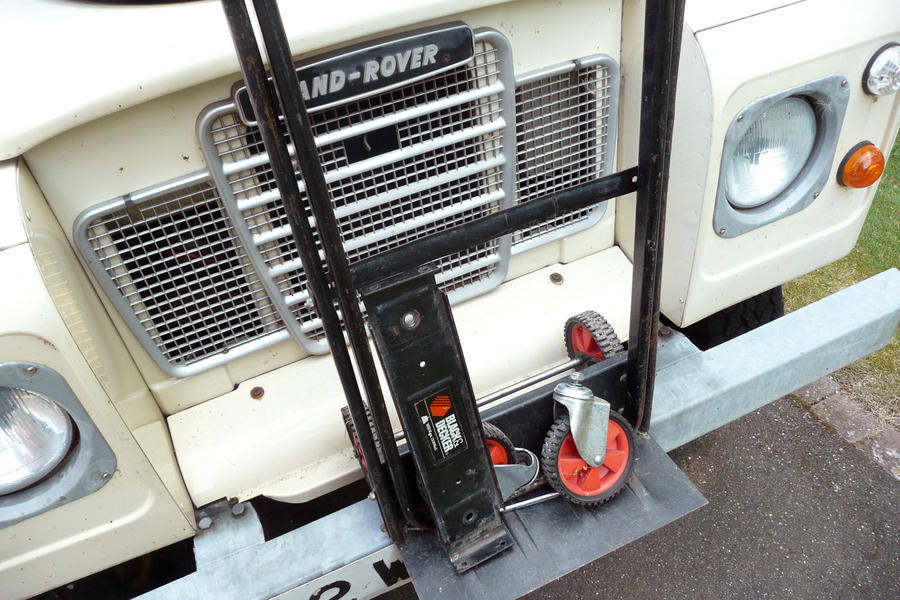 VW Golf GTI Rivage: Long-time reader Bradley has dug this lovely survivor from the 1990s out of his friend’s barn. “Initially I was not at all sure what to do with it. Now, though, I have decided to go for a full restoration. My plan is to get it resprayed and the interior covered in cream leather. “It’s a Rivage Golf GTI Convertible with a genuine mileage of 49,000. There are only a few left in the UK; fewer than 50, I think. This one was stored in a garage for 12 years, so it needs some tender loving care. I’ll report back when it is done.” 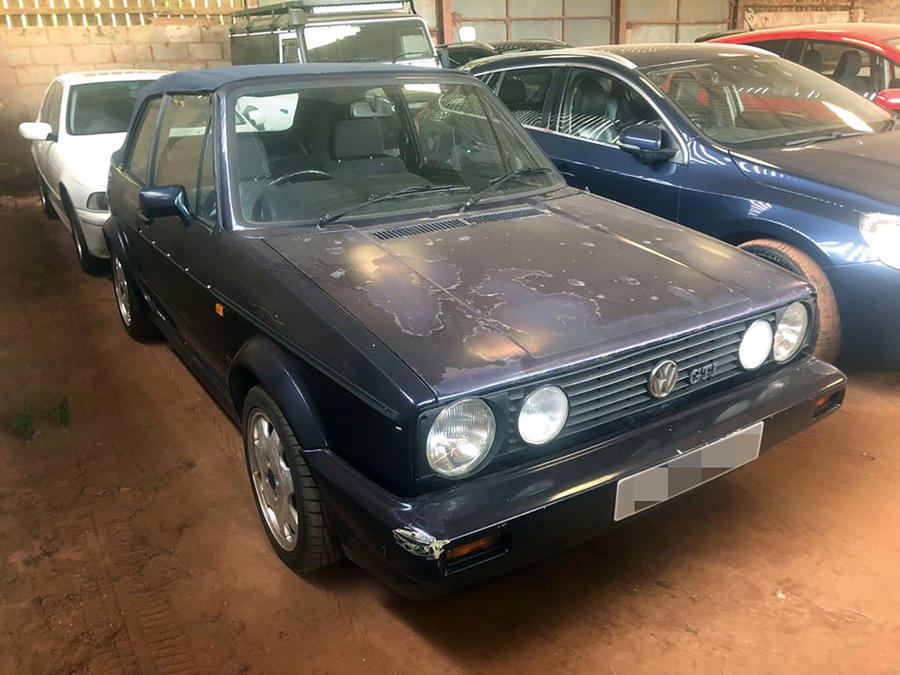 Q. I’m looking at a used Hyundai at a dealership, and they’ve just announced a new approved scheme. My dealer says it’s industry-leading because of the two-year warranty. Is it?

A. It’s certainly better than it was, but it only applies to cars that are up to three-and-a-half years old, so it only gets you an extra five months beyond the manufacturer’s standard cover period. Plus, the breakdown coverage only includes the UK and the Channel Islands, whereas the best cover all of Europe, too. So there are better schemes out there. 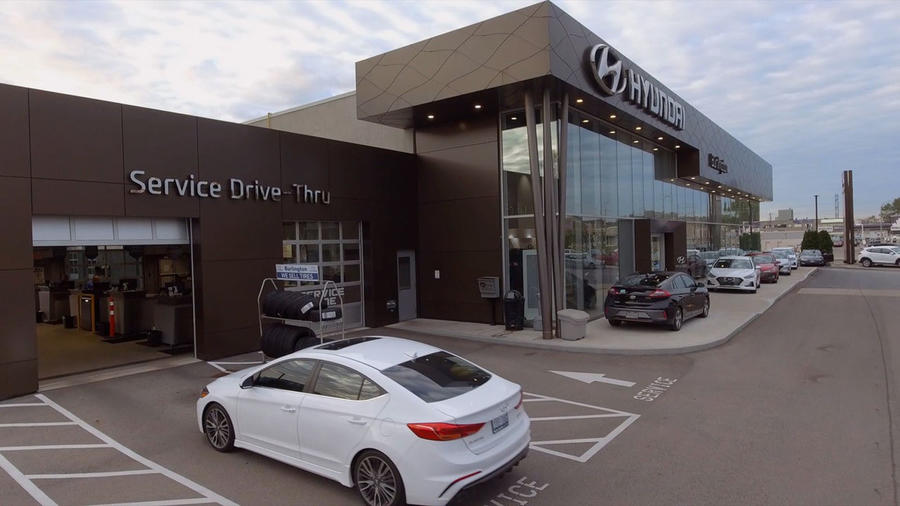 Q. I need to clear my garden and I’d like to do it in as few visits to the tip as possible because of the queues. What can I buy for less than £1000?

A. I know what you mean about the queues following the pandemic. I recently had to take copious grass clippings and a dead heather to the tip, and it took me 30 minutes just to get in. My advice is to look for a 2000-07 Ford Mondeo Estate, because it’s huge, rugged and, most importantly, very cheap. Avoid diesels that smoke loads under acceleration.

Good points on electric cars Rupert, as the public know well petrol and diesel engines last for ever and never need refuelled...

Plug ins are certainly a good stop gap for high daily milage drivers or worry warts. Due to my milage - lots of town coupled with frequent bursts of high milage single trips I'm considering one but as I so rarely do more than 200 miles in a day I still think electric makes more sense over all on cost.