BACK TO ALL NEWS
Currently reading: James Ruppert: New cars that fall at the first hurdle
UP NEXT
Spending 48 hours touring in a Ferrari Roma

James Ruppert: New cars that fall at the first hurdle

Here’s a two-part story that I will deliver in reverse order. That’s because every year, I get involved in a bit of real-life data-mining from various MOT testing centres around the UK. It shines an inspection lamp on which cars failed their first MOT test, just three years after they were originally registered. It’s always great to see statistics that are based on real results and, in my experience, the MOT test doesn’t lie.

The Renault Mégane isn’t aspirational but a budget choice, and that partly explains its poor performance; and that’s even more true of its distant cousin, the Dacia Sandero. With an eye-widening 23% failure rate putting the Mégane at the very bottom of the pile, is it worth buying a middle-order Renault?

Probably not, but I was still drawn to a 2000 Mégane 1.6 RT with 80,000 miles at £395 with a full MOT. Three previous owners, petrol power and a manual gearbox: perfect. I really should be looking at a more recent model, though, so how about a 2018 1.5 dCi Sport Tourer Dynamique? That’s a diesel estate in English. At 35,000 miles with a full history and, most importantly, an MOT, it will cost you £9995 and officially deliver a whopping 76mpg combined. It’s practical, smart and ready for work. 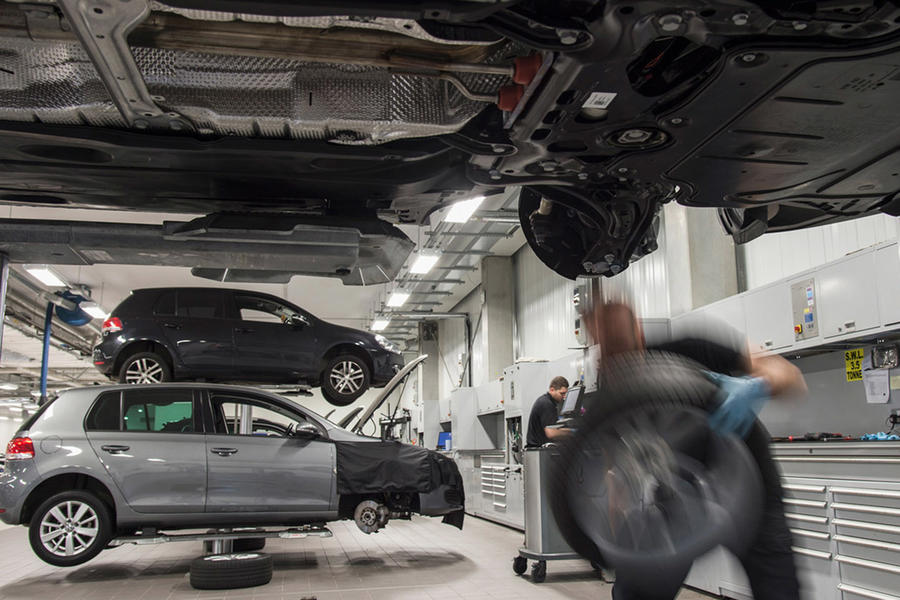 And that brings us to the Sandero, which is almost the epitome of the cheap and cheaply made cars that fail more often. It sounds like a cliché, but owners of cars built to a price expect them to go the extra mile. It’s always better to shop at a dealer for one that has been fully checked and prepared.

Hard-used vehicles are the ones that can suffer at MOT time. This explains why medium and large people-carriers, such as the Seat Alhambra (with a 21% first-time failure rate) and the Ford Galaxy (19%) show up on the naughty list.

What surprised me was also seeing the Volkswagen Touran MPV (21.7%) and the Volkswagen Scirocco coupé (19.6%) listed. Indeed, the Touran was a miserable second-worst.

There does seem to have been a real dip in build quality from certain German manufacturers. Whereas it’s almost expected to see Renaults (the Clio has an 18.5% failure rate) and Citroëns (the C4 Grand Picasso scored 19.9% and the C3 18.3%) in the bottom 10, most wouldn’t expect to see any mainstream Volkswagens.

What we can learn from all this is to shop carefully. There are lots of marginal cars out there, and our ability to check any car’s record on the web can save us a wasted trip. So next time, make sure to examine the list of prolific first-time failures. 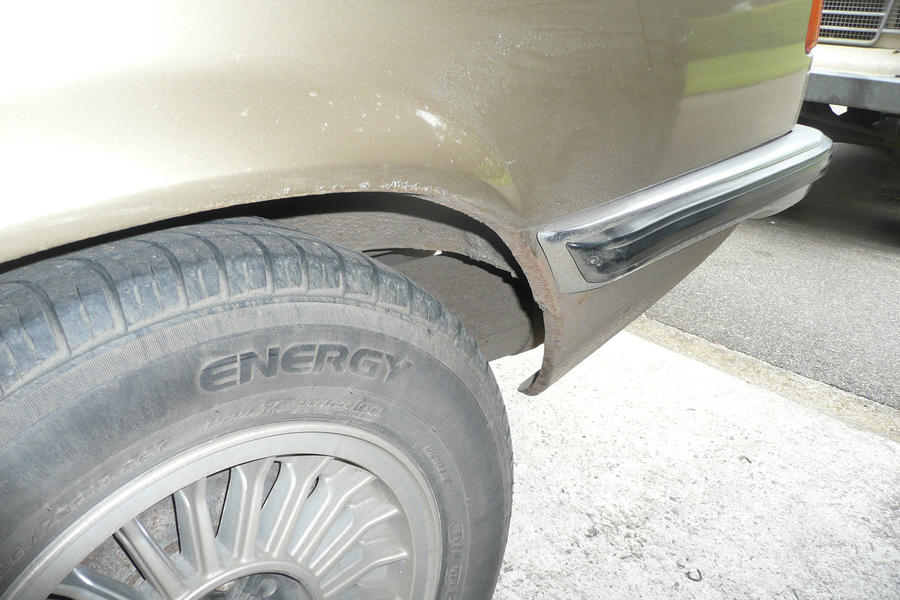 BMW 320 - mileage, 85,377: I promised you some sexy shots of a bubbling Baby Shark wheel arch, so here’s the rear nearside for your delectation. Things could be worse, of course. I know that the jacking points are looking slightly crispy as well. MOT test time isn’t far away, and the jacking points were listed as an advisory last time. I’m not at all sure whether the body should be cheered up. It had a paintjob, many years before I bought it, that was pretty average. This is an incredibly original car, but there’s no point neglecting the bodywork in particular, because it will just turn to dust quicker than you can say ‘E21’. Plans are afoot, about which I will fill you in over the coming months. 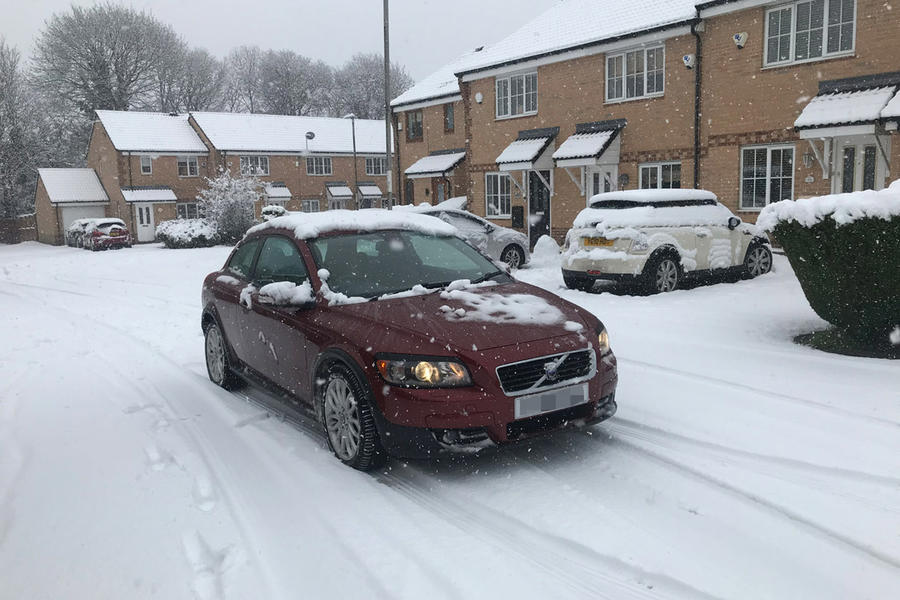 Volvo C30 1.6: It was great to hear from Andrew, who says: “As winter approached, I was keen to get into a nice warm car with heated seats. I had always quite liked the Volvo C30 and after a couple of weeks searching found myself arranging a deal with a garage in Nottingham to buy a 70,000-mile 2008 example. It was only a 1.6-litre petrol but was in very nice condition and well specced, plus it had the all-important working heated seats.

“The dealer agreed to replace the worn lower suspension arm bushes (a common issue; I heard the telltale knocking on the test drive) and put 12 months MOT into the deal. A few days later, I was driving it back up the M1. I’ve now had it for more than six months and 3000 miles and it has proven to be a very reliable (and warm) companion. It’s very easy to live with and feels well made. I plan on keeping it a bit longer yet.” 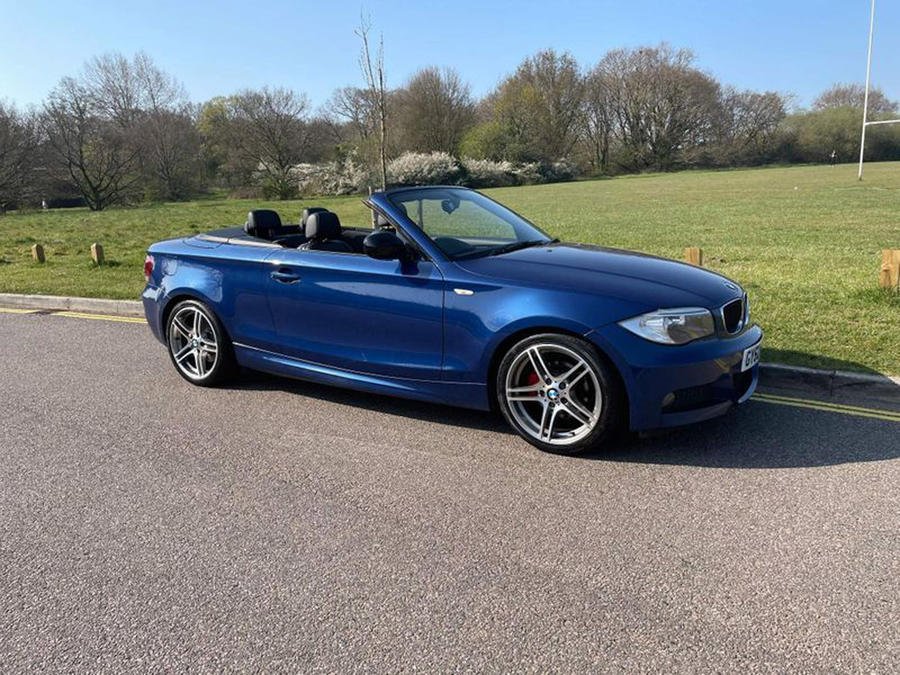 Question: I’m planning a North Coast 500 road trip with a car budget of £7500. Should I prioritise performance or comfort? Andy Franklin, Dartford

Answer: With £7500, you might not have to compromise on either. The BMW 1 Series Convertible will provide a good ride, responsive handling and fulfilling acceleration for less than £7000. It’s rear-wheel-drive and offers the choice of a manual or automatic gearbox, as well as several turbo petrol and diesel engines. Our pick is the 125i. If you would rather keep your hair out of those Scottish winds, the Mk6 Volkswagen Golf GTI could also provide your thrills. JW 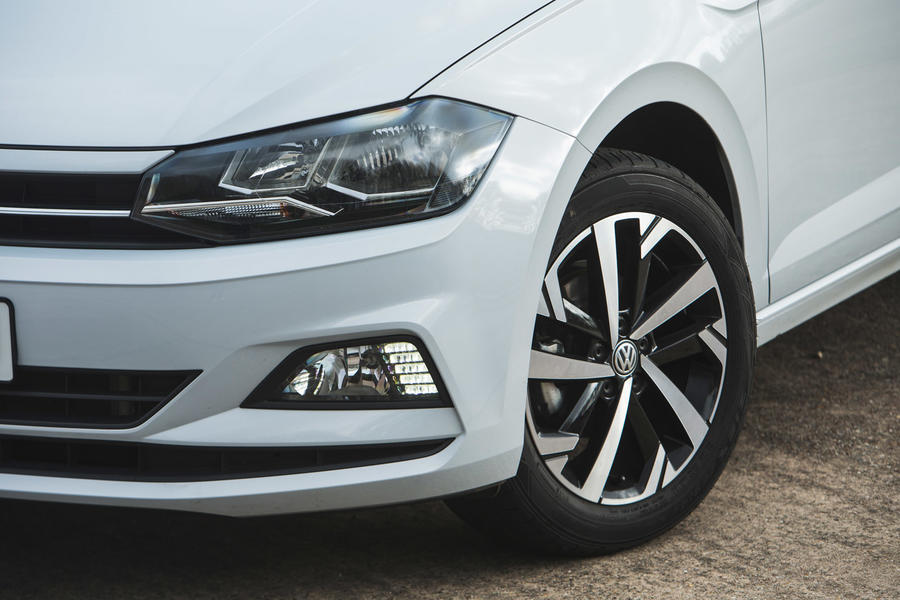 Question: With £7500, you might not have to compromise on either. The BMW 1 Series Convertible will provide a good ride, responsive handling and fulfilling acceleration for less than £7000. It’s rear-wheel-drive and offers the choice of a manual or automatic gearbox, as well as several turbo petrol and diesel engines. Our pick is the 125i. If you would rather keep your hair out of those Scottish winds, the Mk6 Volkswagen Golf GTI could also provide your thrills. Hannah Shields, Fyfe

Answer: With £7500, you might not have to compromise on either. The BMW 1 Series Convertible will provide a good ride, responsive handling and fulfilling acceleration for less than £7000. It’s rear-wheel-drive and offers the choice of a manual or automatic gearbox, as well as several turbo petrol and diesel engines. Our pick is the 125i. If you would rather keep your hair out of those Scottish winds, the Mk6 Volkswagen Golf GTI could also provide your thrills. JW

I recently failed a Mini Clubman on its first test due to a stop lamp bulb. The bulb was a special main-dealer only part which cost over £40....

Failure data from first MOT's is pretty inconsistent. More interesting to look at well-used 10 year old vehicles where definite trends emerge. Some suprisingly 'premium' models are on their last legs, whereas most Japanese and Korean models sail through with barely an advisory....

Thisf MOT 'survey' is more about the Department of Transport seeking some positive publicity than anything else, and it has certainly succeeded. I had no idea that a Ferrari was the best car to own if you wanted a guaranteed first time pass! More seriously the data just reflects ownership profiles and usage rather than vehicle quality. It certainly wouldn't put me off buying a Megane - though I can think of plenty of other stuff that would!