BACK TO ALL NEWS
Currently reading: James Ruppert: Used cars to buy to treat yourself
UP NEXT
2025 Volkswagen ID 1 is Spanish-built, £17,000 entry EV

When your people-carrying days are over, a second-hand Mercedes C-Class could beckon
Open gallery
Close

Bored as you might be by the environmental impact of your chosen vehicle, respect is due to chaps like reader Ricky, who ran a Ford Galaxy from 2005 until recently. That was almost 15 years of solid family motoring. The thing is: what do you replace it with? Assuming, of course, that having to worry about fold-flat rear seats and a loading area is a thing of the past.

The best-case scenario is a few hundred quid for the Ford Galaxy, plus a matured investment, or one of those pensions that you might as well cash in so you have £20k to play with. Time to get yourself a selfish car. A convertible, perhaps? At the moment, there are a lot of Mercedes-Benz C-Classes in circulation that have come off the hire fleets with registration dates in 2017. So just over £19k gets you a C250d, probably with AMG trimmings, sat-nav and reversing camera at the very least with 30k miles. These are one-owner, full-history and showroom-ready. A very easy car to live with and look after.

If practicality is required without going the full SUV, then it has to be a classy estate in the handsome shape of a Jaguar XF in Portfolio specification. I came across a 2018 with a 2.0 diesel at a car supermarket that had fewer than 10k miles on the clock. With a windscreen price of £19,990, it had all the important electrical gadgets like 360deg parking and lane keeping assistance. These are pretty solid buys and, when it comes to resale, the estate has a clear edge over the saloon. 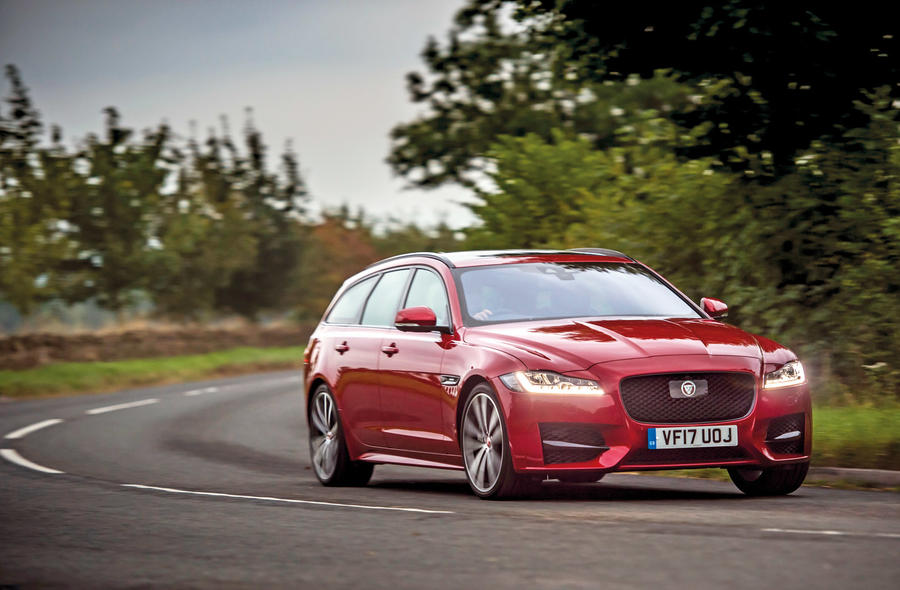 Grand touring is certainly something you should be doing after a lifetime of MPVing. It’s a question of whether it’s a 1990s icon like a two-owner 1995 840ci with 80k miles at £19,950, or a Maserati. Do you take a chance on a five-owner 2008 Granturismo with 60k miles that’s £19,995? Personally, the BMW edges it as, even with a full history, that’s quite an old Italian that probably has parts costs that will eclipse the old German.

However, there’s a random Brit in this dream GT mix. A five-owner Aston Martin DB7 from 2001 with 90k miles is £19k dead-on with a service history that isn’t absolutely comprehensive. Another good-to-look-at, expensive-to-live-with indulgence that would lead me back to Germany.

In real life, Ricky bought himself a 2009 Hyundai Santa Fe with 120k miles. You can criticise the adoption of the SUV lifestyle if you want, but this is industrial-scale recycling right there. That’s a reliable old bus that still does the people-shifting duties when required. 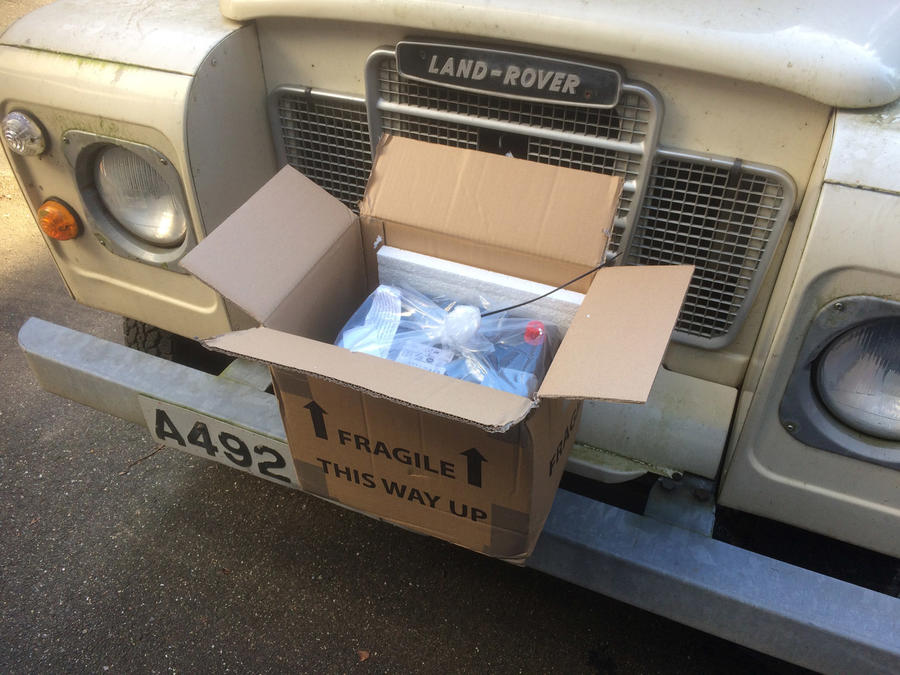 Land Rover Series 3, mileage - 132,598: I finally got a battery for the Lorry, but obviously it wasn’t straightforward. The existing power pack took a charge but not enough to turn the old 2.25-litre lump. If the weather was mildish, it would fire; anything close to zero and it struggled. Anyway, at a specialist, I put in an order for all sorts of parts plus a battery. Then, later that day, they said the courier would not take the parcel. Odd, so I had to cancel everything and keep looking. The usual suppliers were charging £100, but I found a battery specialist who would deliver a four-year warranted job for £70 all in. Incredibly, it arrived the next day. All I need is a spare five minutes. Then there’s that service… 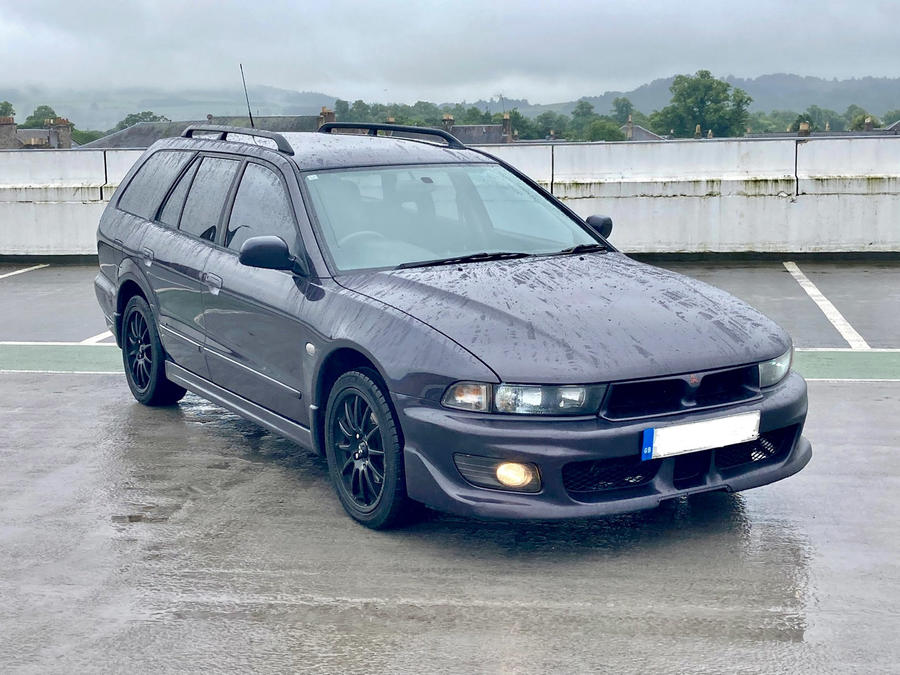 Mitsubishi Galant: Here’s John, who has an inspiring story for us all: “The one upside to last year was that I got back into running a cheap car. I found this Mitsubishi Galant 2.4 auto for £500. Only 79,000 miles, with every bit of paperwork from the day it left the dealer. Eleven months’ MOT and its timing belt had been done twice! I am back to Bangernomics to stay, I think. A few more things about it: it is smooth to drive, very comfy and, remarkably for an 18-year-old car, everything works (apart from a slightly sticky door lock). It is a great car and, after I had a bit of a look, appears to be surprisingly rare. Underappreciated, but not by us.” 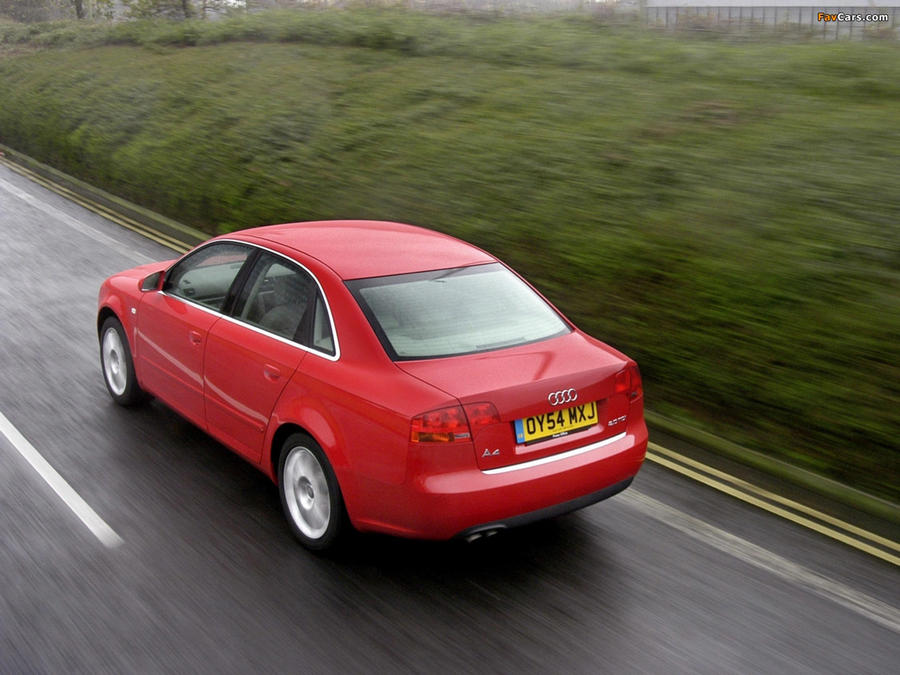 Question: After 200k-plus miles, my 2004 Audi A4 1.9 TDI has bitten the dust. It’s too clean to scrap, but surely worth nothing to a private buyer. What should I do with it? Liz Shelton, Todmorden, West Yorkshire

Answer: You might be surprised what your car is worth; the cheapest B6-generation A4 we could find for sale was asking £575, was a year older than yours and had a worryingly undiagnosed turbo fault. A canny mechanic would jump at the chance to turn a quick buck on your car if they had the means to fix it. If it wears its miles particularly well, it could sell for around £1300 when all’s said and done: it’s a win-win. Stick it in the classifieds at £600, be honest in your description and give it a couple of weeks before calling the scrap man. FP 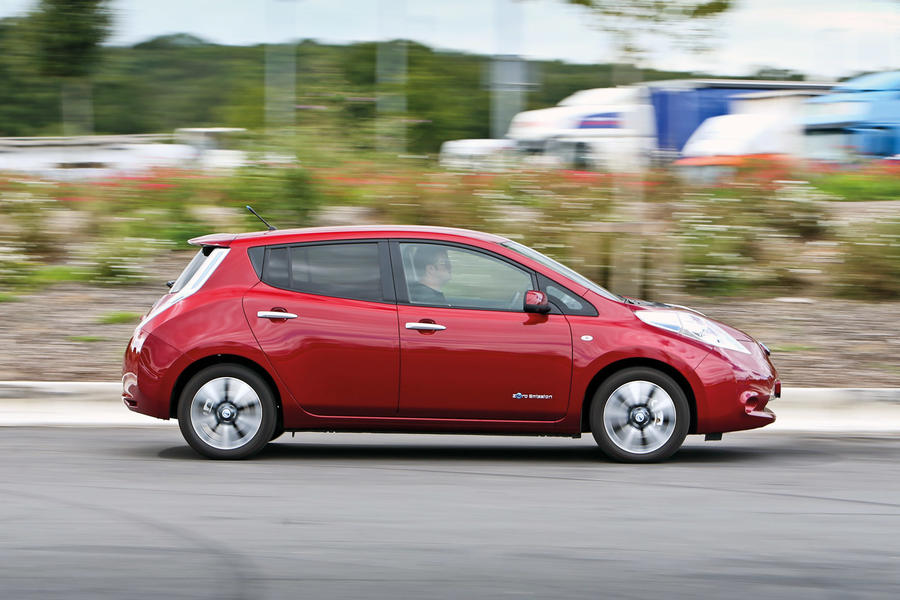 Question: I’m ready to buy my first EV, but only have a budget of £10,000. Is that enough to get something usable? Baldeep Bagri, via email

Answer: You can pick up an early Nissan Leaf for as little as £5000, though it is likely to be equipped with the short-legged 24kWh battery pack and, given its age, capable of only around 60 miles between charges. Go for a post-2013 example to benefit slightly from improved brake regen and improved aerodynamics. If you need to go further, you can just about get a 41kWh version of the Renault Zoe with a range of more than 200 miles, but be aware that the battery is likely to be leased from Renault, so you’ll either need to buy it outright or add the monthly fee to your running costs. FP

Log in or register to post comments
WallMeerkat 16 February 2021
I'm not sure if I would like to be in that Audi driver's shoes with all the weirdos that private classifieds seem to attract, visiting and bidding down that £600 to pennies on account of the faults - even though they were listed in the ad. I would probably turn to one of those buy any car buyers (a lot of used car dealers offer this now if you want to avoid the well known brand)