BACK TO ALL NEWS
Currently reading: James Ruppert: the case for low-mileage retro models
UP NEXT
New Audi RS Q E-tron is 671bhp range-extender Dakar weapon

Valuing used cars, especially when they are oddities, is always something of a coin toss. Indeed, that’s the case with absolutely every old car: they are all unique in their own way, be it paint colour, random dents or the mileage. There are a lot of things to consider and there are no hard and fast rules, just rough guidelines.

It was interesting, then, to get an email from Edward, who has a 2003 Volkswagen Beetle 2.0-litre petrol in silver. In his own words, it is “nothing special but it is immaculate and has done just 25,000 miles. This is genuine. I have the sales invoice from 2004. The mileage is shown then as under 11,000.” 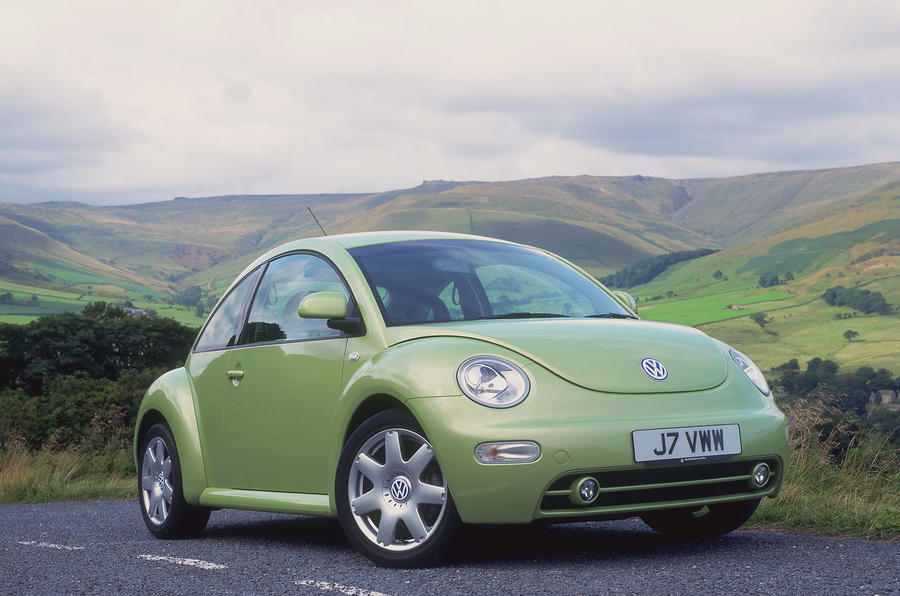 It belonged to a friend who did only a few hundred miles a year and sadly passed away, but there is a full service history, plus, as a precaution, Edward had the timing belt and water pump replaced at 18,000 miles. So here you have a new Beetle that is as original as you would ever care to find.

The great thing about Edward is that he is prepared to be realistic about the price. Trouble is, so many owners have unrealistic expectations. Ask any car dealer at part-exchange time. In this case, the new Beetle, although cancelled and potentially making a comeback as an electric one, is a future classic and you might get £2000-£3000 for a mint one like this. Ideally, you need to find a ‘Beetleist’ who wants to make it part of their collection, or maybe use as a daily driver.

That means the rest of us who aren’t bothered can find some low-mile gems. Well, you might not call a Rover CityRover a gem, but I came across a 2005 1.4 Select model with 12,000 miles and presumably owned by some old person. The asking price was still a quite stiff £1499, but I think the dealer would have taken much closer to a grand. Future collectible right there, possibly. 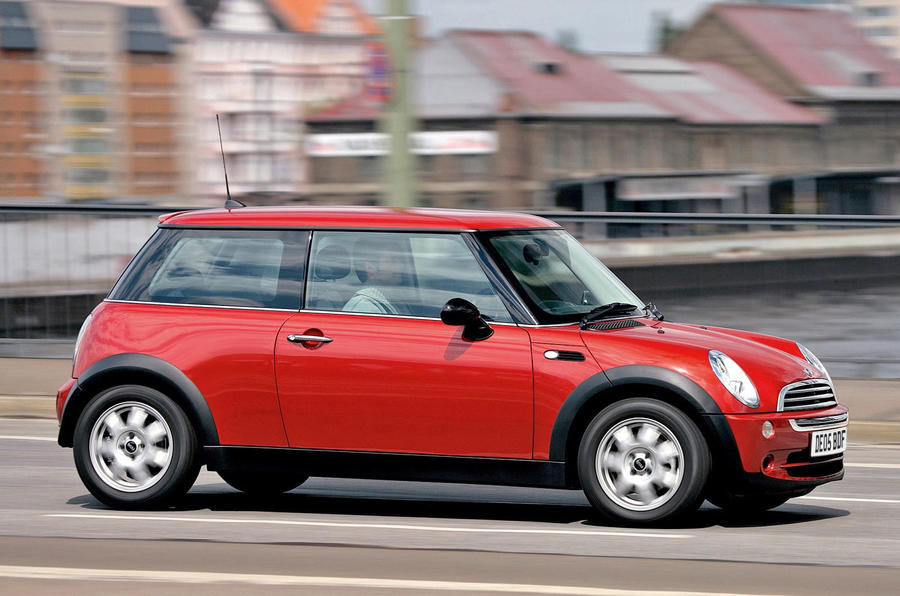 Rather more likely to hold and make money could be another retro wonder in the shape of an original BMW Mini. Try a 2004 One with barely 5000 miles at £2995. It would be better if it was a Cooper but, then again, maybe not. In the future, everything will be Cooper-ised so the basic One will be the rarity. 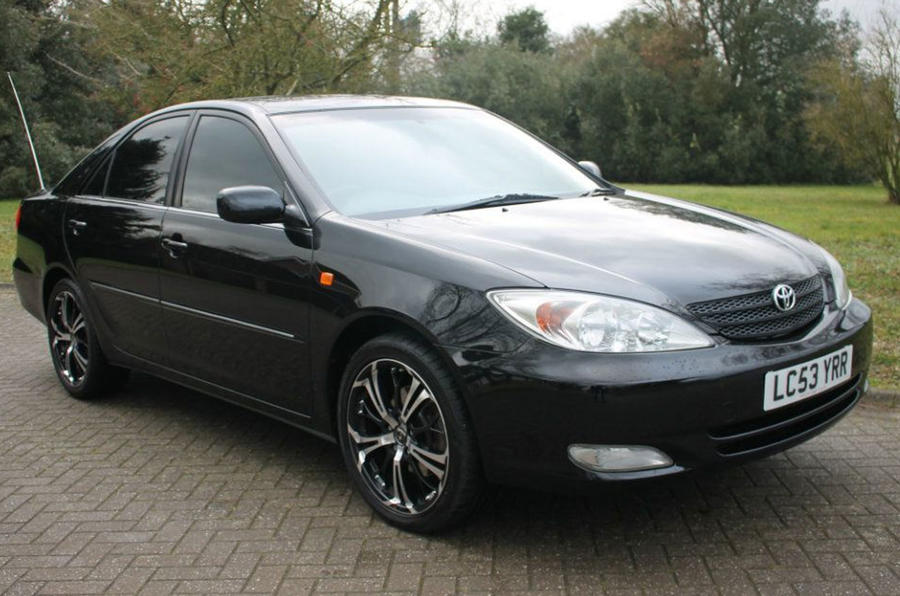 Toyota Camry 2.4 CDX: It’s so below the radar that there’s even a chance London’s congestion zone cameras won’t notice you in a Camry. Apart from those who knew it to be a reliable and safe saloon, it barely caused a ripple among new car buyers. The 150bhp 2.4 auto is reasonably quick and does 30mpg. This one’s a 2004/53- reg with 100k miles for £2495.

BMW 320, mileage - 82,928: My double garage is rather chock-full at the moment. Two Minis, a BSA Bantam and a ride-on mower. The Baby Shark usually shares that confined space, but an arrival of stuff on the back of a lorry has meant four pallets have taken its place. 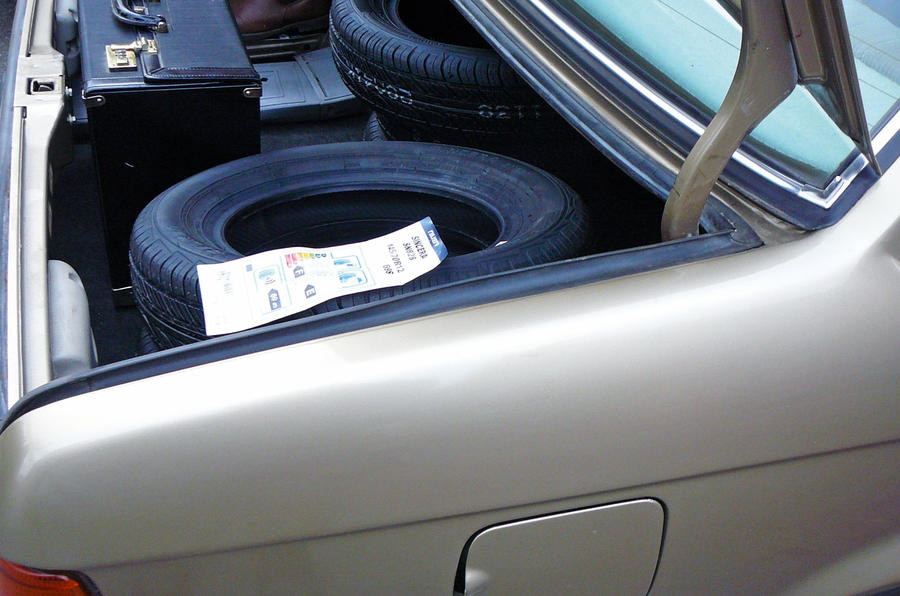 Exposure to the elements has revealed that the boot isn’t that watertight. Indeed, the boot has popped itself open on a few occasions. When I bought it, I noticed the offside profile is slightly raised so presumably there had been an incident. At the moment, the floor is damp and contents soggy. Not the end of the world.

Innocenti Mini: It isn’t just me with a silly old Italian car. Some of you dear readers have already been that way before. So thanks to Andy Southall for sharing this with us. 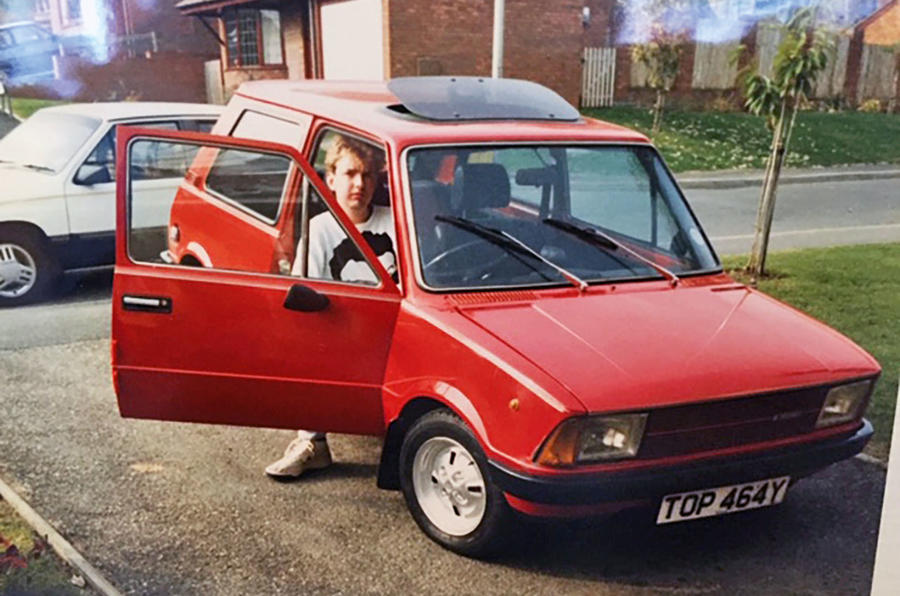 “This was my Innocenti that I bought in around 1986 and, I believe, was not even ‘solid’ by the time it fell off the end of the production line – poorly converted to right-hand drive, horrible respray, electrical nightmare. Saying all that, I just loved the styling and the fact that it was ‘different’. At 22 years old, I knew no better.”

Question: I’m tempted by a 2007-reg BMW M5, an E60-generation car. What are the main things I should look out for? Colin Patterson, Birmingham 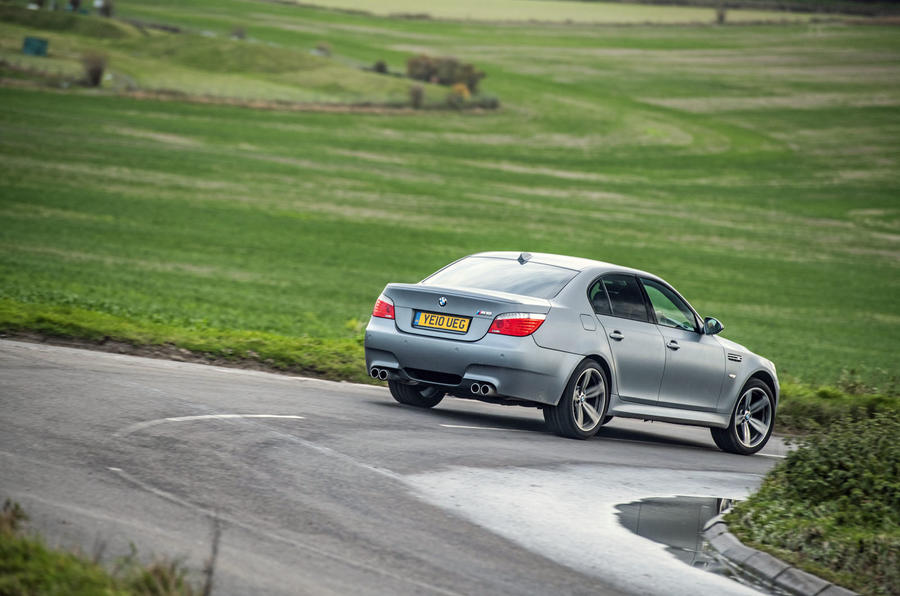 Answer: You’re talking about the 493bhp 5.0-litre V10 M5 of 2005-10 (facelifted in 2007), a quick but thirsty machine with a fondness for clutches. The service history should be watertight. (Missed oil services can cost you con-rod bearings.) Check the Vanos warning light isn’t showing. The SMG gearbox is clunky around town but should ease up on the open road. An oil weep from the diff may just be seals. It’s naturally noisy but any grinding is a no-no. Knocking or vibration through the steering column could be the control arms. John Evans

Question: Is a used car warranty worth the money or would I be better off having a repair budget? Faye Davies, via email 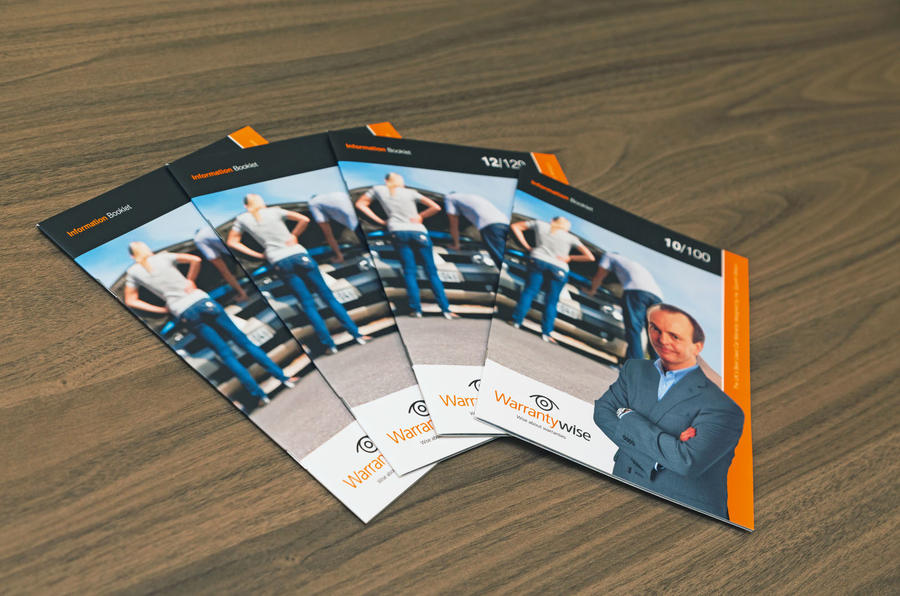 Answer: A policy that is valid from day one, that covers wear and tear, that has no betterment clause where the company reduces its contribution on the grounds the repair will improve your car, and which covers other problems caused as a consequence of the fault is a good warranty to have. As for a repair budget instead, the boss of one warranty company says half the time it’s a good idea, half the time not. The question is: are you feeling lucky, punter?  John Evans

The problem with low mileage

If you can find a low mileage car that has clearly been garaged you can save yourself from some of the risks of perishing rubber and plastic but not always. Cars are afterall designed to be used as you suggest.

To use in a European banger rally. It even came with £650 Tansy Daisy alloys (Google then, they're awful). It's an amazing car, despite the 165k miles. Happy to send you some pics of it during the event. Fingers crossed it makes it home!

While I'm here, these second hand car articles are best part of Autocars website, keep up the good work!

I live in Washington state and drive a 2000 vw beetle diesel with 163,000 miles on the clock , use it every day for my 46 mile round trip commute . I get 550 miles for $40 (about 13 gallons). I change the oil on a regular basis and keep on top of general up keep but it keeps going and going . It saves me a fortune when compared to everyone else driving their v8 pick ups ! It’s still worth about $3000 as the diesels are highly sought after and the price of second hand cars are insanely high (I’m from Essex so I know us car prices as keep my eye on up autotrader)