BACK TO ALL NEWS
Currently reading: Why the world needs more optimistic retro cars
UP NEXT
Gordon Murray T50 is V12-powered McLaren F1 successor

"Google it,” recommended a feature on the website PistonHeads, referring to the Scenicruiser GX-2 coach. So I did. And, gosh, what a thing the Scenicruiser is: a vast, splitlevel cross-state American coach, built for cruising through vaster, big-screen US scenery, in a time when roads still wove through, rather than around, towns like Radiator Springs.

What a way to travel. It reminded me of an Oldsmobile Eighty-eight I saw on the M6 the other week, dominating the lane in which it sat, with O L D S M O B I L E written large across the rear because, well, with that amount of metallic real estate on offer, why wouldn’t you use it?

They’re both evocative designs, partly because they’re both bigger than they strictly needed to be, but more so because outwardly they’re so extravagant; the Scenicruiser with its shining, ribbed aluminium sides, and roof part-raised like a 40ft Land Rover Discovery; the Oldsmobile with its flares, italicised fonts and chrome measured out by the hundredweight. 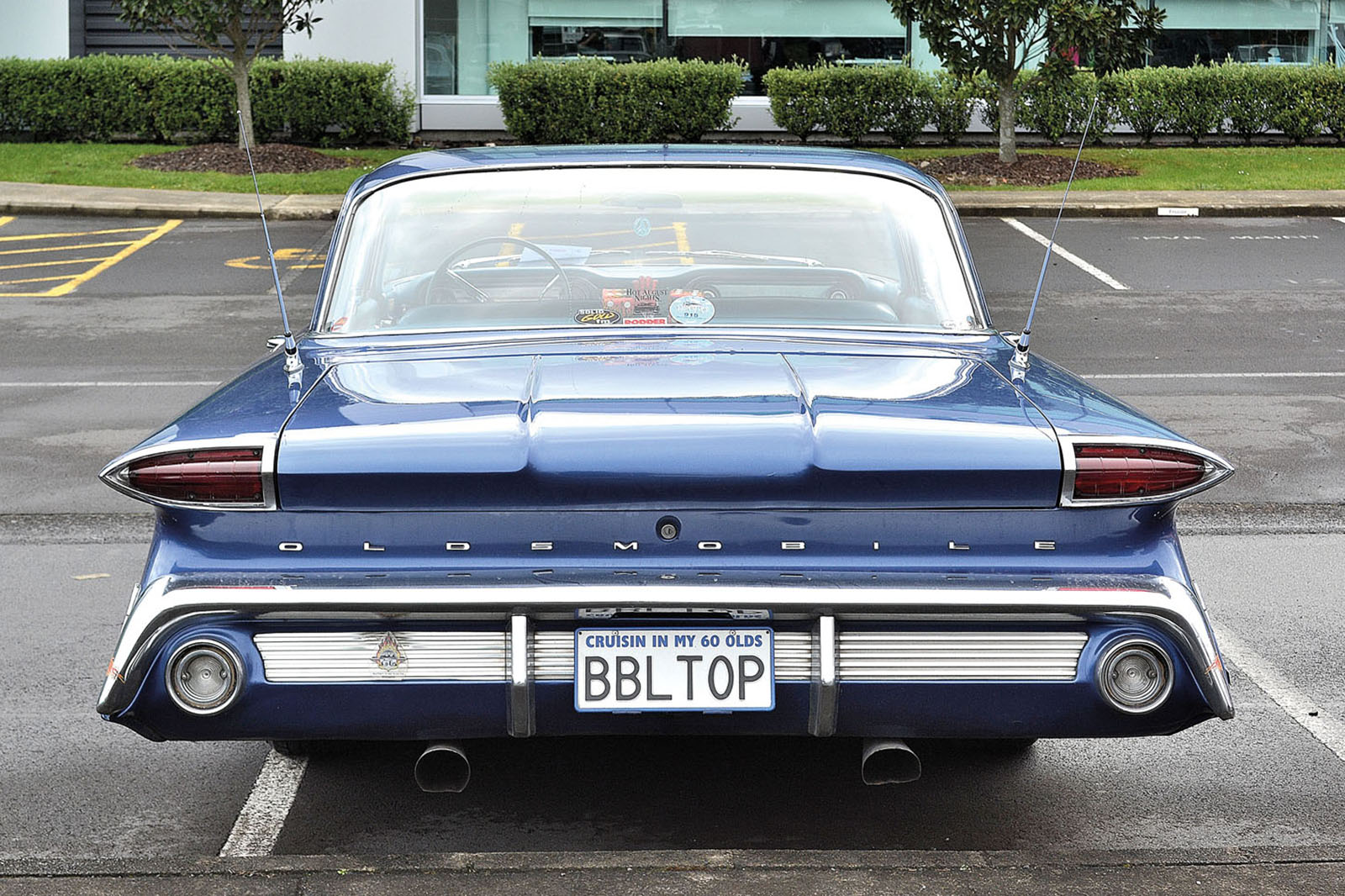 In the 1950s and 1960s, this stuff was common. The designs of the day shrieked not primarily of excess, mind; at least, not in the gaudy, accepted sense of it. They were too well styled and, crucially, too well intentioned for that.

Yes, there was a lot of metal, and it was showy, but it was a show of tremendous boldness, not wealth. It reflected a marvellous kind of optimism. The reflective aluminium surfaces and big flared wings and curved glass areas gained their inspiration from the rapidly developing aerospace industry. It was progress, not money, that this kind of Americana represented.

Maybe that’s not surprising, given how hard the country had been hit in previous decades. After the Great Depression came the ravages of war and, once you find peace – of a sort – at last you find hope: people didn’t have loads of money but they had experienced phenomenal technological advances. Tomorrow, then, we go supersonic, and the day after that, we go to the moon. 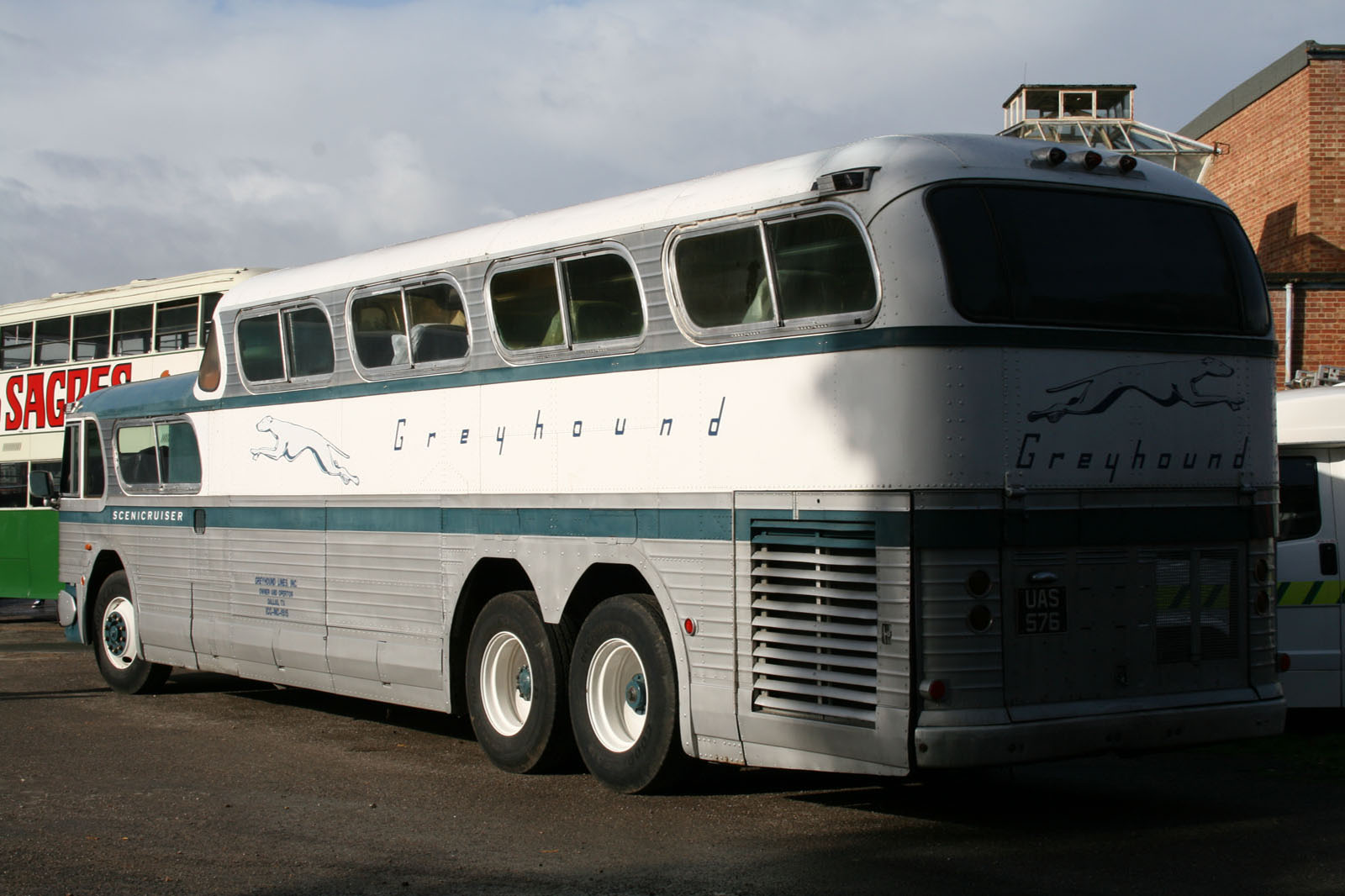 Does product design reflect such extraneous external factors? I think so. This week, I spoke to a French car designer who put the French’s continuing predilection for de-badging expensive cars and love of battered small hatchbacks at the hands of the French Revolution. It doesn’t pay to stick your head too far above the parapet.

And if design reflects society, what do today’s designs say about us? Today, because most car makers build vehicles properly, design has never played such a big part in car buying. And yet so much of it is boring, bland, ‘meh’ and safe.

Now, I’m not big on nostalgia. The world’s a much better place now that we’re curing diseases, we don’t have to use a mangle and the imminent threat of a nuclear apocaly… well, anyway. I’m not sold on nostalgia.

But it seems to me there was a time when, for the first time in decades, the future looked brighter, not darker. When we looked to the horizons, the skies and the stars. Yet today, when cars do retro, they do the meagre bits: the Mini, the Fiat 500, the Beetle; cars born from pragmatism.

I think I’m yearning for a retro car design that rediscovers optimism. The Space Race. Supersonic flight. Rock and roll. Although I do fear I’ve just advocated the Chrysler PT Cruiser.

Groundbreakers: the cars that did it first

Why a Seat heritage model needs to happen

While everyone agrees that

While everyone agrees that England in the fifties was pretty grim, there is a tendency to look on America as enjoying a wonderful decade of ice cream and white picket fences, but the reality included reds under the bed, political witch hunts, J. Edgar Hoover, hide-under-the-desk atom bomb drills, fear of measles and dread of polio, terrible road safety, appalling racism, routine abuse of women etc.  The Olds is spectacular but it was as much escapism as optimism, and it had built-in obsolescence. The retro quality I want is the willingness to take design risks, to the extent permitted by legislation.  Tesla has done, but I worry about his constant walking of the cash flow tightrope.

Tech wise Tesla has taken risks, but design wise Telsa has not taken a single "design risk" - design wise its cars are boring, bland and dervative - they look boringly conventional.

The Beetle is probably the only car VW currently sell that I'd consider own (and thats coming from the owner of a Passat and Polo GTI). It's time the world was offered a new 2cv, Renault 4, P1800s, 2002...

6 October 2017
Interesting and thought provoking article: Personally, I think the cited examples and their ilk represented a 'Design Confidence' that existed in that era - whether it reflected the general optimism of the society, the personal vision of the designers or (just as importantly) the willingness of manufacturers to embrace new design ideas, is debatable.
Vehicle design is influenced by many factors, not least aerodynamics, safety, packaging etc and nowadays those factors exert a greater influence on the design now than they did back in the 50's and 60's - which leaves less room for the creative element.
Thankfully there are exceptions but too many manufacturers have adopted a risk averse approach to the creative element, so we end up with seven shades of vanilla and even the retro inspired models are poor facsimiles of the original.
Hopefully, the increase in use of scalable platforms, the potential of 3D printing and the improved packaging flexibility that compact electric drivetrains offer, will allow design creativity to flourish once again.

Back of an envelope thinking?

Rockets, wings and bling appeared in all sorts of places in US culture and due to Hollywood and TV, beyond.

Was it driven by optimism? Well anything was better than the worst the first half of the twentieth century had delivered, but probably not. Culture and design was being heavily influenced by technology and post 2nd WW that was Aviation, Space, Nuclear, Energy ....

An expanding population, new industries, new housing, urbanisation and improving road networks helped automotive design slim down from the bulky fifties into the more elegant sixties, however, US cars remained physically large compared to Europe. No restrictions of Medieval Cities, Towns or Villages, wide roads and cheap petrol are clearly influential, but equally, the distances between towns and the interstate highway system made large, under stressed drivetrains important, comfort and reliability rather than road holding and handling. Even today, US vehicle design requirements are significantly different to our needs in Europe and those in Asia, Middle East, Africa. Australia and USA are probably closest in terms of practicality and needs.

Surely we need optimistic futuristic designs not retro?   The examples shown here were certainly built at a time with forward thinking futurism at the heart of their designs and the optimism that very soon we would be closing the door of our car or stepping on board a bus and taking to the skies or travelling to the moon.   When I sat in my father’s Ford Anglia and the lever on the dash said Hood I really did think that the roof may fold away if pulled,  Okay it only opened the bonnet, but it added some excitement to the mundane.

What we need is manufacturers to be brave enough to develop a new class of car or ones that excites with design and are still affordable to the average man.   Ones that our children or grandchildren can sit in and believe they may be taken to infinity and beyond .

Surely we need optimistic futuristic designs not retro?
... we need is manufacturers to be brave enough to develop a new class of car or ones that excites with design and are still affordable to the average man.   Ones that our children or grandchildren can sit in and believe they may be taken to infinity and beyond .

You're right - retro design has its place, especially with re-imagining of iconic models from yesteryear but fresh, innovative design that moves things forward.

Like many here, I'd love to see a move away from the mundane and all too obvious russian doll approach across model ranges but the problem is, if (due to other design considerations like aero/safety etc) the 'wiggle room' available to designers for the freely creative element of car design represents a proportionally smaller part of what's now possible AND mainstream manufacturers play it safe with their bread & butter models, how can fresh designs that are affordable by the average man, see the light of day?

Hence my question as to whether technological advances in manufacturing will pave the way towards a more flexible & open-minded approach by the major manufacturers.

A stimulating subject. But fundamentally I agree that optimism should shape future car design... Please, no more ugliness of the latest Mini/Beetle (and probably 500) variety. I feel very conflicted about car design: to a large extent I feel people should in future move around in self-driven electric pods. Cars should be seen as appliances, like any other modern device. How these would be individually styled is anybody's guess! But at the same time I'm fixated by cars I remember from my childhood, above all American designs. The 'optimism' of 50s styling was actually based on very macho/sexist attitudes (above all at GM). Cadillac 'fenders' were seen as women's breasts as much as missiles. But aggressive jet aircraft imagery was a very powerful source of inspiration. Ironically this was the era that - thanks to a developing paint industry - gave the world pastel pink cars! After the bonkers excess of the '59 GM models above all, the 60s brought us shapes that were calmer, cleaner and often timelessly beautiful. (Of course I've left out the equally beautiful Italian shapes of these decades). So where does this leave us now? In an almost totally conformist era. Conservatism caused by the massive sums needed to produce new models. And Audi providing the template for frontal styling almost across the board: large/hexagonal grille, narrow squinting lights... My hope would be that large glass areas/slim pillars/clean 'unsculpted' metal might return - in the near future.

I meant the next (Fiat) 500. And that Oldsmobile (circa 1960?) seems like a transitional shape, combining late 50s exuberance with a cleanly-styled/early 60s glasshouse. I must check my Observer's Book Of Automobiles!