BACK TO ALL NEWS
Currently reading: Buy them before we do: second-hand picks for 7 December
UP NEXT
Toyota bZ4X deliveries still on hold after wheel detachment concerns

Buy them before we do: second-hand picks for 7 December

You can pick up one of the first R8s for under £40,000, but make sure it's not going to cost more down the line
Open gallery
Close

The Audi R8 RWS in our recent Britain’s Best Driver’s Car super-test will have set some souls thinking about bagging themselves an early model.

A poke around the classifieds turned up a few for about £30,000 – but that isn’t where you want to look. Instead, between £35k and £40k is where nice, early R8s hang out. By nice we mean, above all, full service history and definitely no insurance category status (we found a Cat D that wasn’t immediately declared as such). 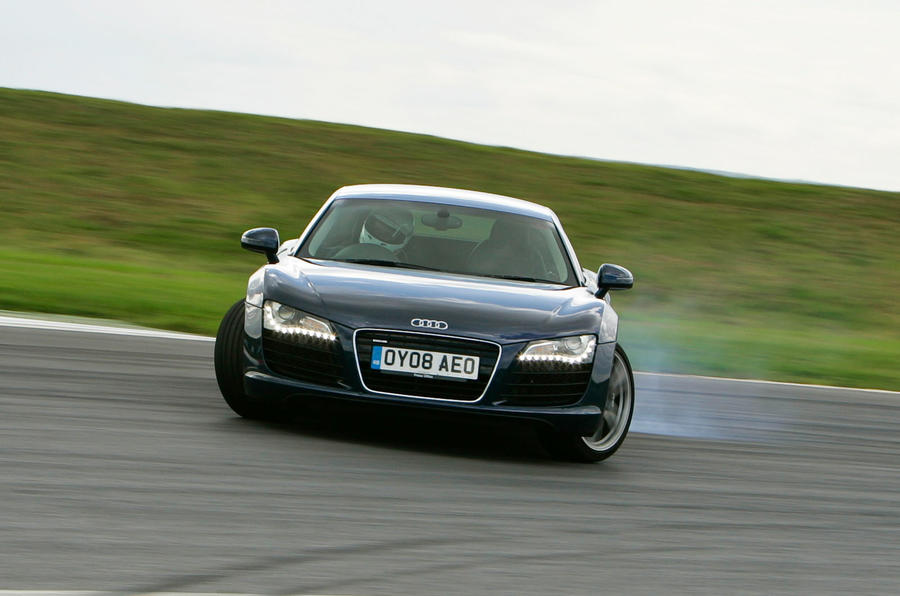 One tidy R8 that caught our eye was a 2008/58 V8 automatic with 44,000 miles and full Audi service history, for £37,995. It looked the business in Phantom Black with black leather (inset), and was being sold by a reputable specialist.

Touch wood, it’s without fault, but all the same it and all used R8s can be a money pit if you get it wrong, so do your checks. 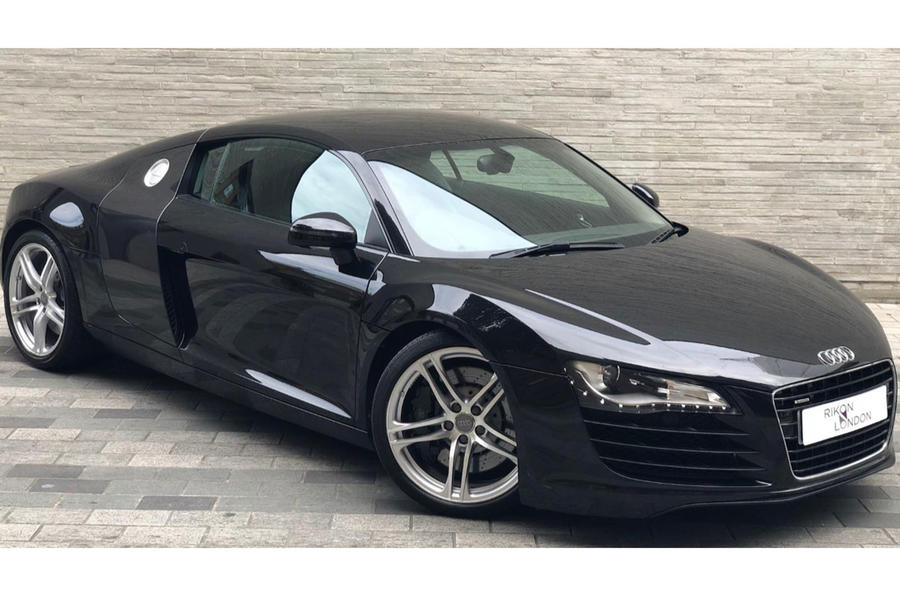 The V8 engine is a reliable unit but beware cars that have had extended service intervals – an annual service is best. Listen for misfires caused by faulty coils, and for any engine grumbles suggesting imminent big-end failure.

While you’re poking about, check the outer radiators for leaky seams. The clutch lasts around 20,000 miles so we’d pay particular attention to the one in the car we have our eye on.

Get it on the ramp and inspect the suspension for steel and aluminium corrosion, leaky shocks and play in the lower rear wishbones. Brake discs are around £300 each so factor wear into your negotiations. Still with the car in the air, look for bodywork ripples, dents on the long doors and, again, possible galvanic corrosion where steel and aluminium meet.

Ford Ka, £795: The new EnduroKA race series will attract post-2002 Kas with the SOHC engine, like this 2004 example we found. The Luxury spec would have to go for racing, but at least it’s got the sporty white dials ready and waiting. 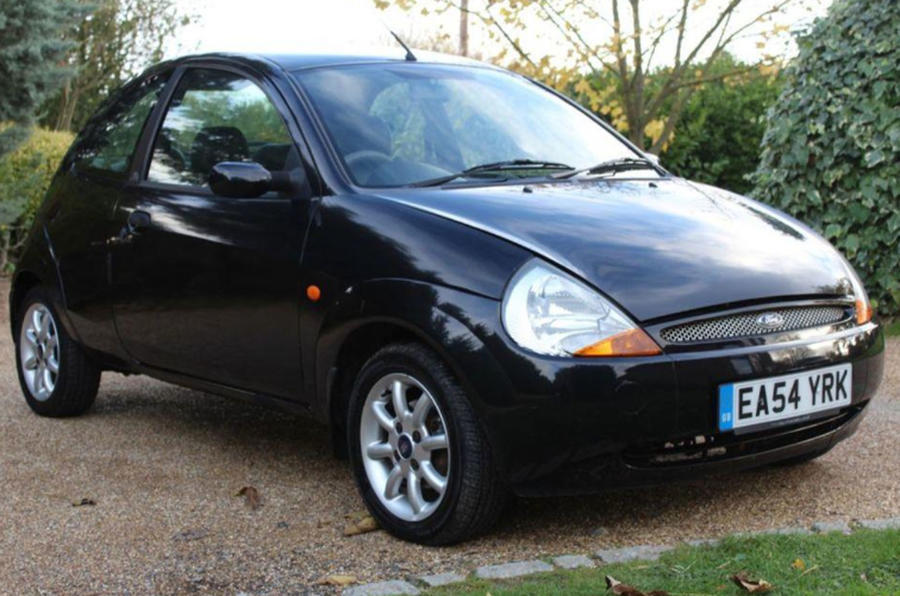 Mercedes-AMG GLE 43, £53,990: Fancy a Mercedes-Benz GLE 43 4Matic like the one pictured for £11,635 less than when it was new? It’s a pre-registered car with nine miles on the clock and one previous keeper. There are few finer ways to go from 0-62mph in 5.7sec while looking down on the world. 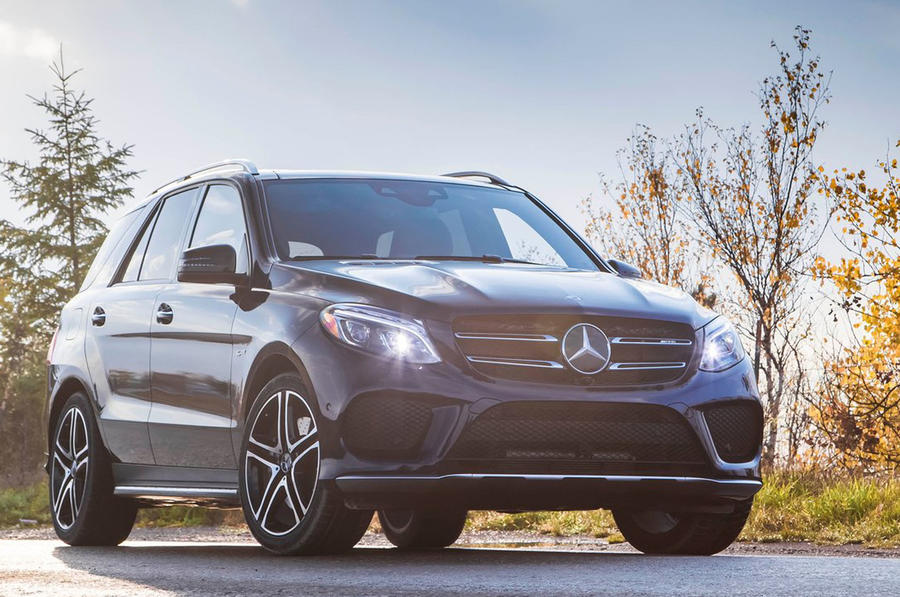 Talbot Sunbeam Lotus, £27,995: This model competed in the World Rally Championship from 1979 to 1983, winning the Lombard RAC Rally in 1980 with Henri Toivonen at the wheel and its maker the constructor’s title in 1981. Competition association is enough to hike prices of classics. 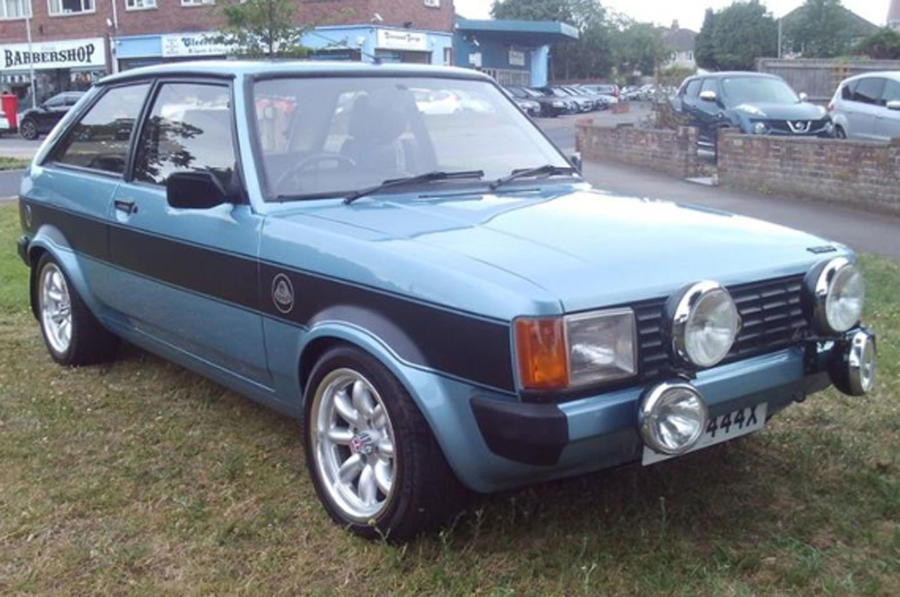 Subaru Legacy 3.0R, £2500: It was almost as entertaining as an Impreza. We spotted this 2005- reg car with 144,000 miles and full service history. It’s the rare manual; a better set-up than the auto. The seller has just bought another Subaru estate. Now there’s confidence. 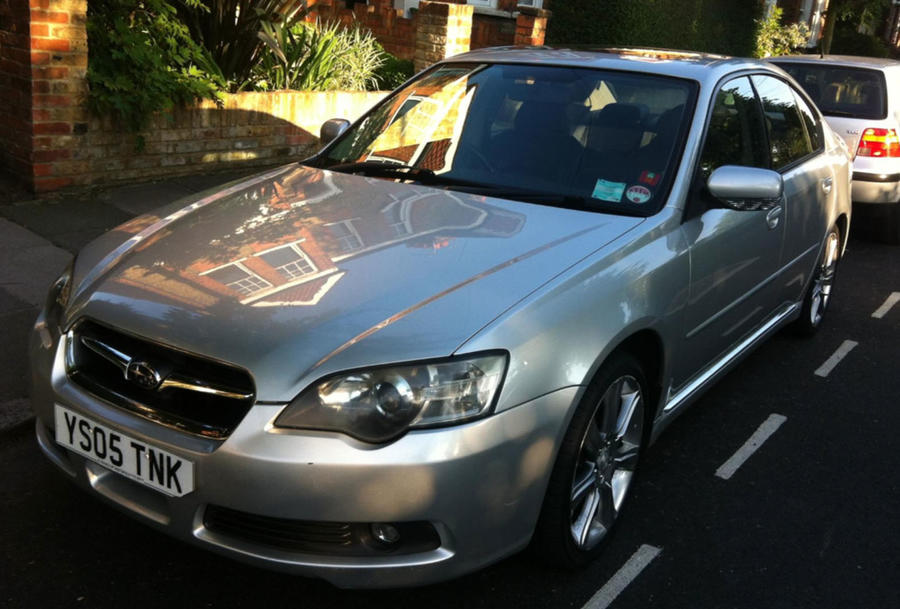 Fiat Barchetta: Most examples of Fiat’s pretty left-hook convertible have succumbed to tin worm, but this 1997 P-reg car appears to have escaped its worst ravages to achieve £2640 on the hammer. Still, you can’t be too careful. 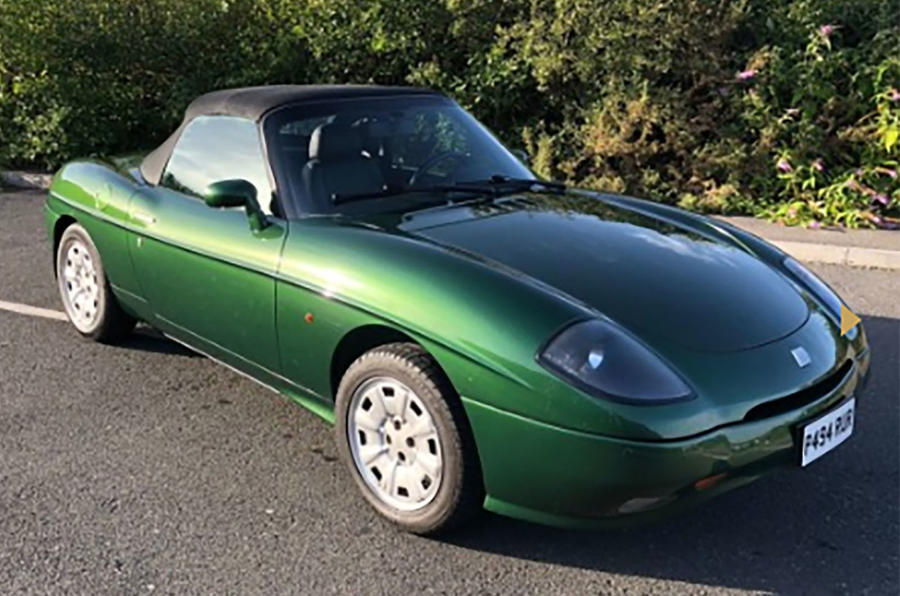 We hope the lucky bidder had checked the wheel arches around the jacking points and sill edges, and poked at the underseal with a screwdriver (it traps water, causing the floor to rot). Were they allowed to start the engine, it would have been wise to listen for a noisy cam variator too – it sounds diesel-like.

Range Rover Evoque eD4 SE, price new £31,505, price now £27,850: Now the facelifted version is here, it’s a good time to scour the forecourts and classifieds for a pre-reg, old-model Evoque and save yourself a few thousand in the process. 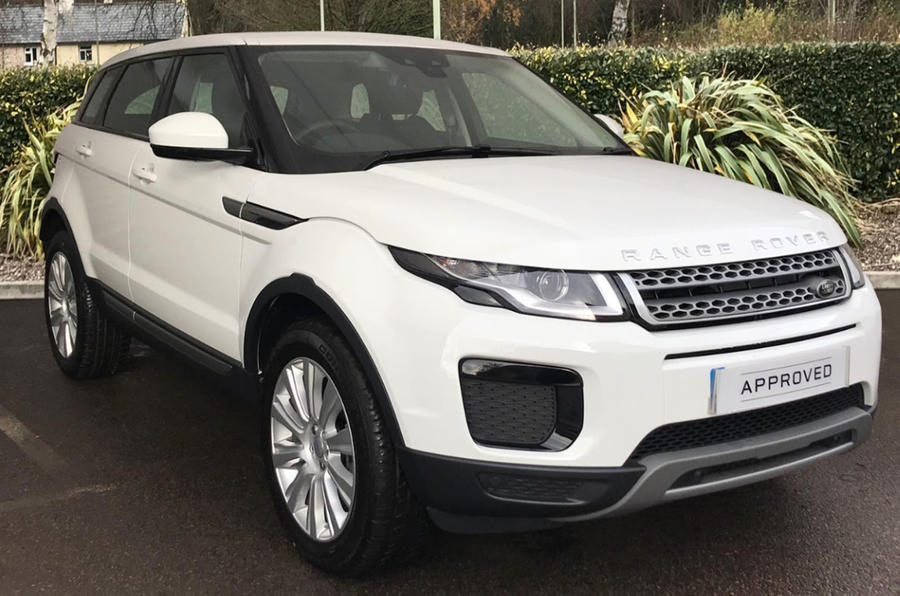 We found one with 100 miles at a main dealer for £27,850. Granted, it’s the basic eD4 SE in orphan white but that’s still £3663 less than its then new price. Saying that, some sellers were actually doing brand-new ones with a saving of £3420, making that pre-reg look less tempting. Still, you could always haggle a discount on it.

Brief: Find me a family PHEV for short electric trips and long hauls, for £20k.

Volkswagen Golf GTE, £18,995: You can go 20% further on an electric charge with this Golf GTE than the car below. That’s right, 31 miles – earth-shattering! But a two- to three-hour charge from a 3.7kW charger would help cut fuel consumption, then the efficient 1.4-litre petrol engine we like in the normal Volkswagen Golf will take over, and should give you 45mpg all day long. Plus, being a hatchback, it’s considerably more practical than a booted Beemer. For £18,995 for this 2016 example, there’s no better family PHEV. Max Adams 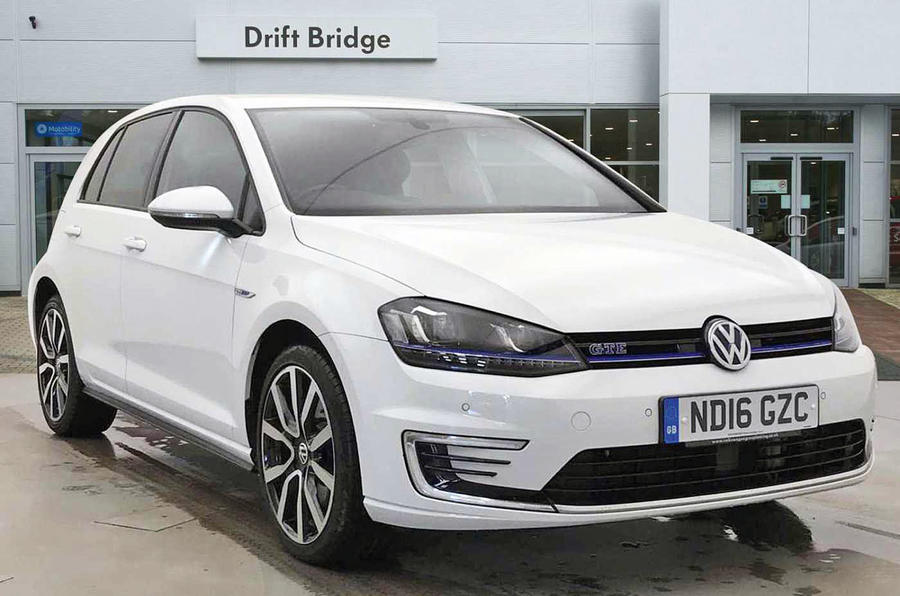 BMW 330e, £18,495: Let’s face it, most plug-in hybrids have all the pizzazz of a tray of soil, and the only one that really stands out in our rush to petrol-electric nirvana is the magnificent 330e – a handsome, soft-riding, rear-wheel-drive, mega-handling four-door executive saloon of such competence, it can survive on electric power alone before its delightful 2.0-litre turbocharged petrol engine chips in. You get luxury, quality and great driving dynamics, as well as, in this example, a one-owner, 9000-mile car for less than £20k. If this is the future, bring it on. Mark Pearson 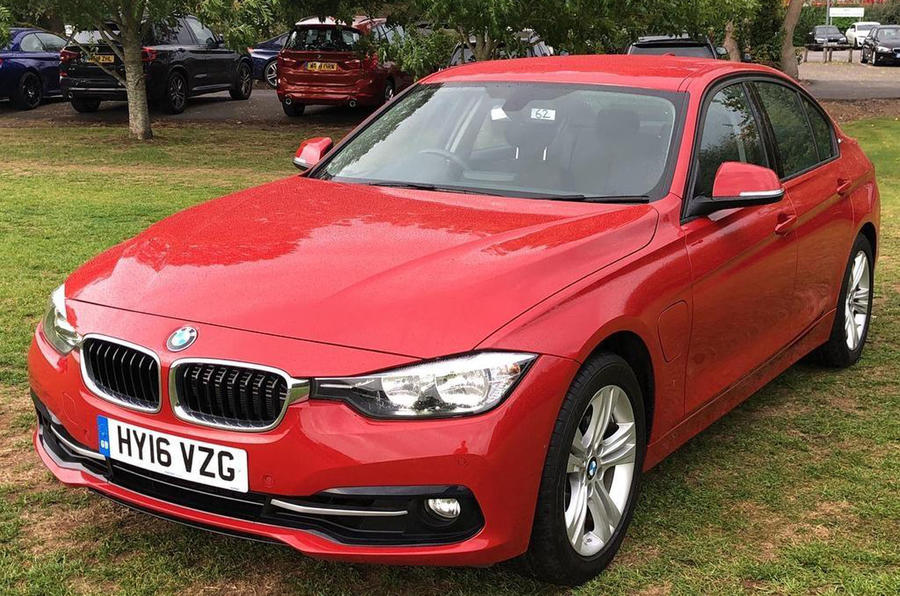 Next Audi R8 to be hypercar-chasing EV​

Surely that is sensible advice for any 21-year-old car.

Not for the first time and certainly not for the last time you say...if it is this, or if it is that, I would buy it. If the Autocar journo isn't lying through his/her teeth, because that's your line each and every time. Why do you read this mag and then go on to denigrate their work?. You post nonsensical tripe, masquerading as owlish wisdom, when you have been outed many times for your lack of knowledge and rank stupidity.

GO AND BUY THIS VERY CAR, SHOW PROOF OF PAYMENT AND ALL WILL BE FORGIVEN...nope, thought not. TwIT, the w is silent, as you should be.