BACK TO ALL NEWS
Currently reading: Used car buying guide: Toyota Celica
UP NEXT
Report: Rivian could build electric vehicles in the UK

The Toyota Celica T Sport and GT had a variable valve timing engine that gave them a revvy nature that still appeals today. We find out more
Share
Open gallery
Close

Even in 2005 when things like disproportionately large rear spoilers were all the rage, Autocar’s tester thought the then new Celica GT a bit OTT. “Buy one if you want to be looked at,” he wrote. However, he also said the model had sweet handling, a reasonable ride, a slick gearbox and, beyond 6000rpm, a great engine.

The GT was based on the more restrained-looking T Sport and powered by the same 1.8 VVTL-i engine but with 188bhp. The letters stand for ‘variable valve timing and lift control with intelligence’, a variation on the standard car’s VVT-i system that increases the intake and exhaust lift between 6200rpm and the 8000rpm redline to boost power. It really works, although below 6250rpm the engine feels no livelier than the 143bhp VVT-i.

For that reason, if you find a good VVT-i for a fair price, you should think twice about paying top dollar for a higher-mileage VVTL-i. For example, a tidy 2004 1.8 VVT-i with 67,000 miles and full history costs around £1950 from a dealer. The same money will buy a T Sport VVTL-i of about the same age but with at least twice the mileage. You can add another £1000 for a 1.8 VVTL-i GT. These two are expensive, but in their favour is relative scarcity and that screamer of an engine. Say what you like about the GT’s questionable aesthetics but it’s a future classic in the making.

This seventh-generation Celica, or Celica T230 to use Toyota’s codename, was launched in the UK in 2000 in VVT-i form. It’s a compact 2+2 coupé with a low-slung driving position, light controls, crisp steering, a quick gearchange and sharp handling. It was regarded as one of the best-handling front-drive cars of its time, at least by some. 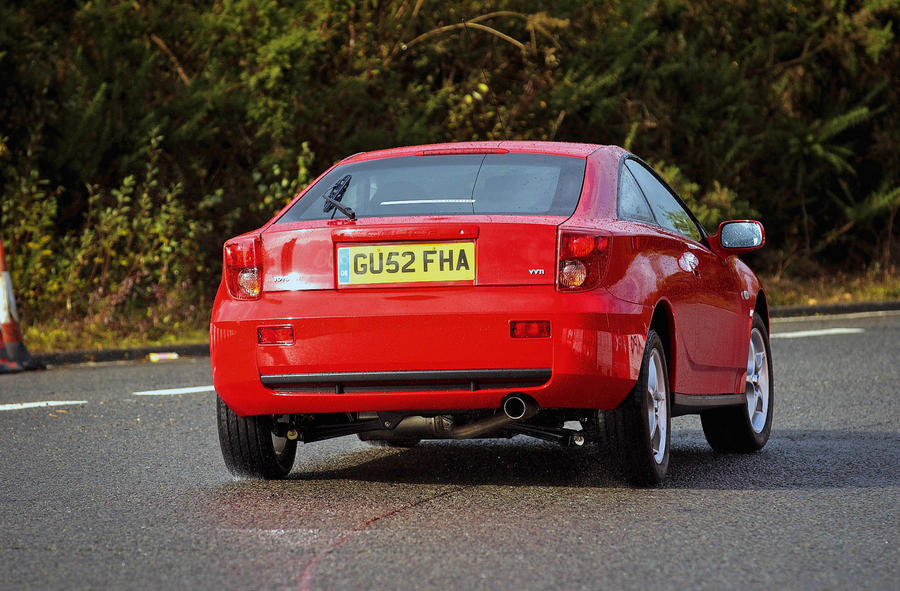 The VVT-i is well equipped, having air-con, ABS, alloys and electric front windows. The optional Premium Pack added the leather and climate control that the more powerful T Sport VVTL-i, which arrived towards the end of 2000, had as standard. The facelift came in 2003, bringing improved brakes and trim as well as aerodynamic tweaks, albeit some of them of the Max Power variety. The GT landed in 2005, just 12 months before the Celica was dropped.

Being a Toyota, the Celica is a reliable thing, but there are one or two issues to watch for. They include, on the VVTL-i, sticky valve lifters, and on the VVT-i, excessive oil consumption. Elsewhere, check the condition and alignment of the front spoiler and for rust on the underside of the car and the rear subframe.

Despite its noble lineage (the Celica GT-Four ST205 of the mid-1990s is sought after) the Celica T230 is a sleeper, but that only means it’s top value – for now. 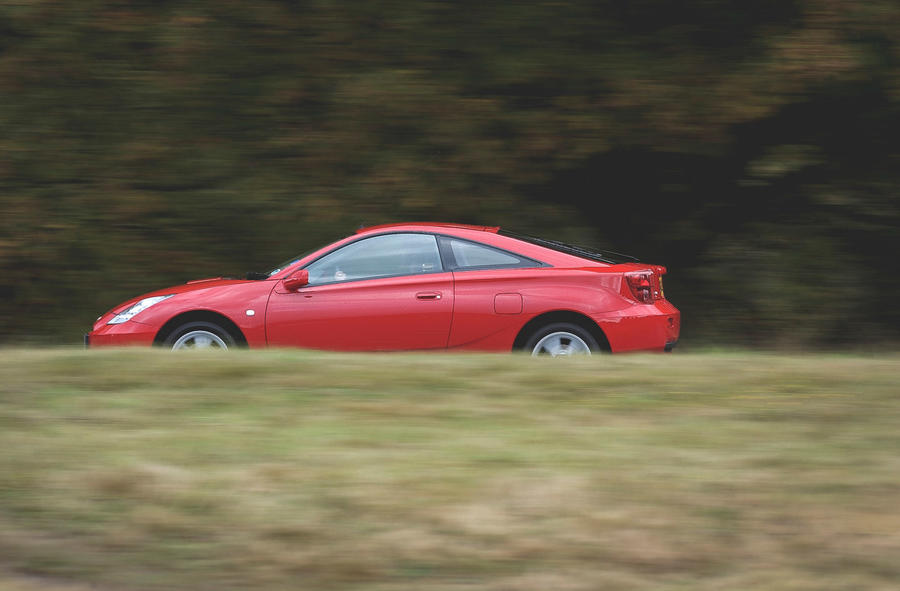 Ishrat 'Ray' Rehman, Celica Collector: “I love the Celica GT for its quality, reliability and sporty character. You have to let the Yamaha-designed VVTL-i engine warm up before it will let you rev it to the full. A recurring problem is damaged chin spoilers, which careless drivers whack on speed humps. Prices are holding for the best cars with low mileage. I sold one with 30,000 miles for £5000 last year and now it’s advertised for £7000. It shows confidence in the model. Conversely, higher-mileage cars can hang around. I’ve had a 2006 VVTL-i with 83,000 miles on sale since Christmas without a bite. I’m sure it’ll go by spring.”

■ Engine: All engines have timing chains. On the VVTL-i, over-revving or oil starvation can damage the oil pump. Check that from around 60deg C and at 6200rpm its cam lifters work. Pre-2003 facelift versions had weaker lift bolts that prevent the lifters operating properly. If the bolts aren’t broken, the problem may lie with blocked lift filters. Inspect the sump for corrosion and leaks. Check the oil level – the VVT-i can consume up to a litre every 600 miles.

■ Wheels and brakes: A humming from the rear could be a wheel bearing but you need to buy the complete hub at around £150. Branded wheel centre caps fade; the only source is eBay. Inspect the brake master cylinder for leaks and the disc’s inner faces for corrosion and pitting.

■ Body: The front lower lip can sag and may need to be refitted and reinforced. Surface corrosion underneath is common and treatable but a badly rusted rear subframe is an MOT fail. Make sure the bootlid struts haven’t failed. Check the spare wheel well for water ingress. Expect the headlights to have misted up at least slightly and the nose and bonnet to be chipped. 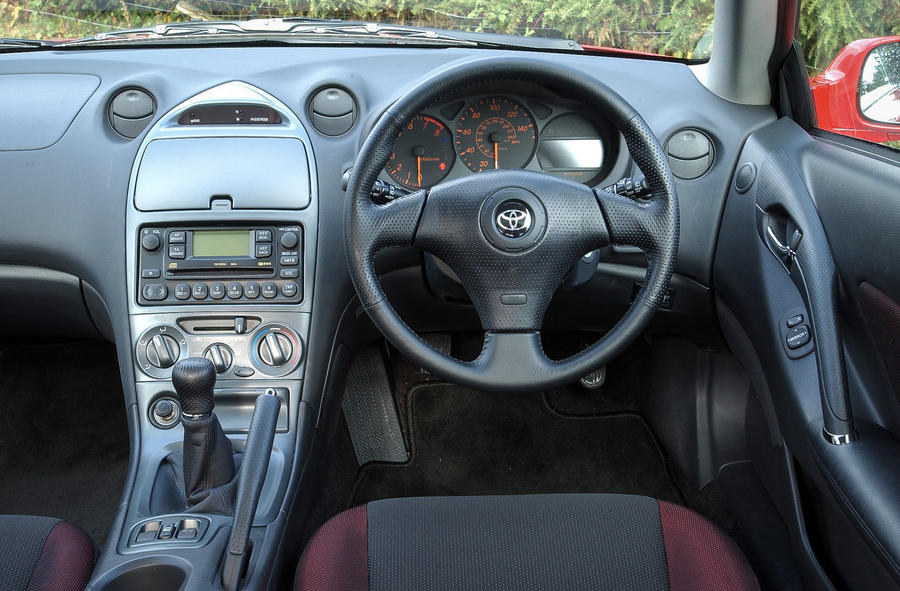 ■ Interior: Worn seat stitching is common but repairable. Check you can switch off the traction control via the button to the right of the steering wheel. Make sure you have both ignition keys and that their casings aren’t cracked.

UK registered cars were manual only so an automatic will be a grey import. Not surprisingly, given the engine’s fondness for revving, such cars are rare, but if you’re tempted, check it conforms to UK regs. Rumours are that they’re not so well protected from rust but, generally speaking, Japanese imports arrive free of corrosion to begin with. 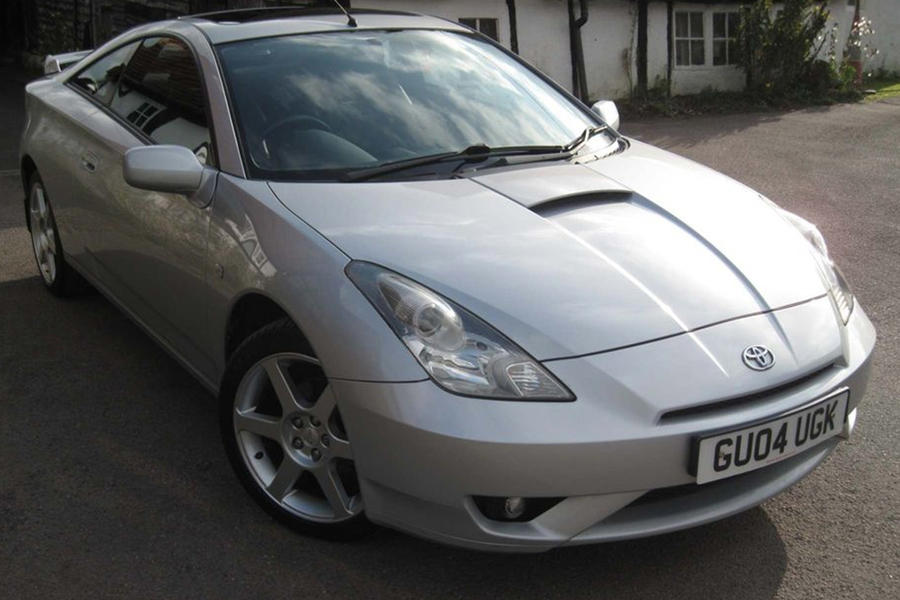 Toyota Celica 1.8 VVT-i, 2004/04, 66k miles, £3850: Not the rarer and more powerful VVTL-i, but the VVT-i is as quick in the real world and this is a one-owner car with a full Toyota service history. Finished in Crystal Silver rather than the ubiquitous Thunder Grey, too.

Very good write-up. I've owned a couple of these, they have both been practical and very entertaining to drive. The VVTL-I engines can deal with years of heavy abuse and still be extremely reliable (As long as you don't mis-shift into a lower gear, then you're going to have a bad time).

Only problem in the UK is under-body corrosion - They hide their rust issues very well compared to previous gen Celicas. I doubt there will be many of these around in 5 years. A low-mileage T-Sport or GT with rust protection is the ultimate bang for your buck.

ULEZ compliant? Why would you

ULEZ compliant? Why would you review a car of this age and not say anything about this?