Using the same turbo engine as the Mini Cooper, but with more power and installed in an amusing chassis, this sporty supermini oughtn’t be forgotten
Open gallery
Close

Today we think of DS as a brand in its own right, but back in 2009, when it was launched, it was tied to Citroën and marketed as the manufacturer’s premium line.

The first model to wear the new label was the Citroën DS3 of 2010. This three-door supermini offered a variety of petrol and diesel engines and a range of trims. Personalisation was a major part of its appeal (owners could specify different external and interior colour combinations), with the Mini 3dr its primary target.

On that point, the DSport version we’re interested in here uses the same 1.6-litre turbocharged petrol engine, developed by the PSA Group and BMW, as the Mini Cooper. In the DSport, it made 154bhp compared with 121bhp in the Cooper.

Click here to buy your next used DS3 from Autocar

The Cooper was the car everyone wanted, but the DSport (despite its priciness, at £17,500) quickly found friends among those who appreciated its roomier, well-appointed cabin, bigger boot, accurate steering, tidy and engaging handling, slick and precise manual gearbox and punchy engine (0-62mph took 7.3sec). 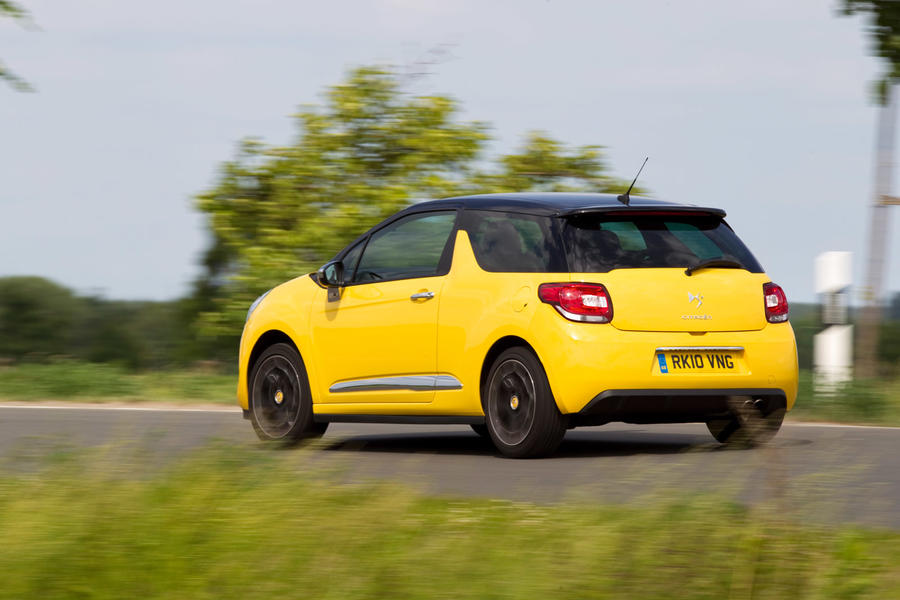 It looked good, too. Personalisation generated some outrageous colour combinations (for example, yellow and black, and baby-blue and white, each repeated inside on the fascia and seats), but the more conservative-minded will be pleased to know that sober black-and-white versions are plentiful. On the other hand, if you’re looking for a bargain, the louder liveries do seem to depress prices.

The DSport got 17in alloys, electric windows and mirrors, dual-zone climate control and Bluetooth. In 2011, the DSport Plus arrived with more kit, including leather trim.

In 2014, the 1.6-litre engine was raised to 163bhp, but this yielded no discernible performance boost. Two years later, in 2016, DS became a standalone brand, so the model became the DS 3 DSport. By the end of the year, it had been dropped.

The DSport is really only warm, rather than hot, so those after greater thrills should seek out the 204bhp DS3 Racing, which was launched in 2011 and aimed squarely at the Mini JCW. Fettled by Citroën Racing, it did 0-62mph in 6.5sec. To keep it all in shape, it sat 15mm lower and had a 30mm-wider track than the DSport.

Is the Racing a future classic? Possibly, given its comprehensive performance makeover and the fact that there are so few around (150 at the last count). But before you take the plunge, it’s worth knowing that if you damage one, replacements for the carbonfibre splitter and other aerodynamic addenda are pricey and darned near impossible to source.

But of all the DS3 variants, our pick is the DSport, for its better blend of price, performance and pleasure. 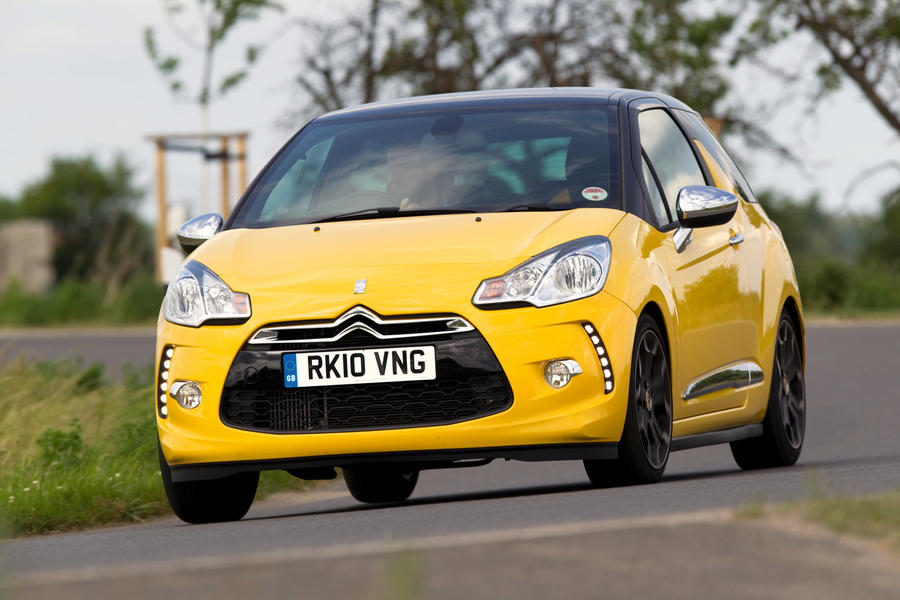 Martin Clews, founder, DS3 GB Owners Club: “I own a 2013 DSport remapped to 200bhp. It’s my seventh DS3; I used them in my driving school. I like them so much that in 2013 I started the GB Owners Club, which now has around 5000 members. I’m a big lad, at 6ft 7in tall, but even I can get into my DSport. The Racing and Performance models are quicker, of course, but my DSport is plenty fast enough for me. Like most cars, the DS3 has its issues, but my friends and I think nothing of taking ours to race meetings. In fact, there’s still a DS3 racing series in Denmark.”

■ Recalls: There have been more than 20 recalls, so use DS’s online recall tool to see if your chosen car was subject to any.

■ Engine: Listen for noises possibly caused by the timing chain. At any mileage, its adjuster can slacken off and, in time, break the bridge carrying it over the engine, sending debris into the sump. The loose chain can also cause piston and valves to collide. Rough running may be due to worn turbocharger seals or carbon fouling of the valves. Some high-pressure fuel pumps and water pumps have been known to have problems. On the Racing, cylinders one and three can give trouble. Also check the engine number on any Racing, as some have had replacement motors.

■ Gearbox: The six-speed manual is a tough unit, so just check for smooth engagement and that the clutch is okay.

■ Wheels and suspension: The alloys oxidise around their centre caps. Citroën used to replace them under warranty but no more. Check the condition of the suspension springs.

■ Bodywork: Inspect the base of the mirrors where they contact the body as vibration causes them to rub through the paint, allowing rust to develop. Until recently, Citroën would fix this under warranty. To prevent future trouble, separate the two surfaces with a rubber gasket. 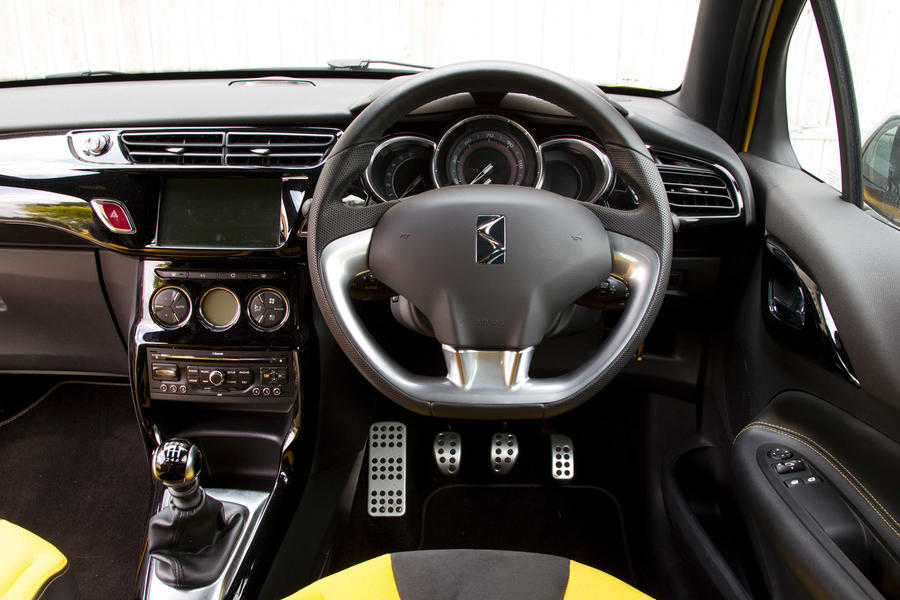 ■ Interior: The inside is surprisingly robust, but check the seat tilt mechanism works, as it can be jammed if the wrong handle is operated. Be sure the air-con works, too: it thrives on two-yearly regassing.

Want to give your DSport Racing performance? SP Tuning specialises in doing just that, with its prices for a remap starting at £225. It also supplies performance parts for the model. 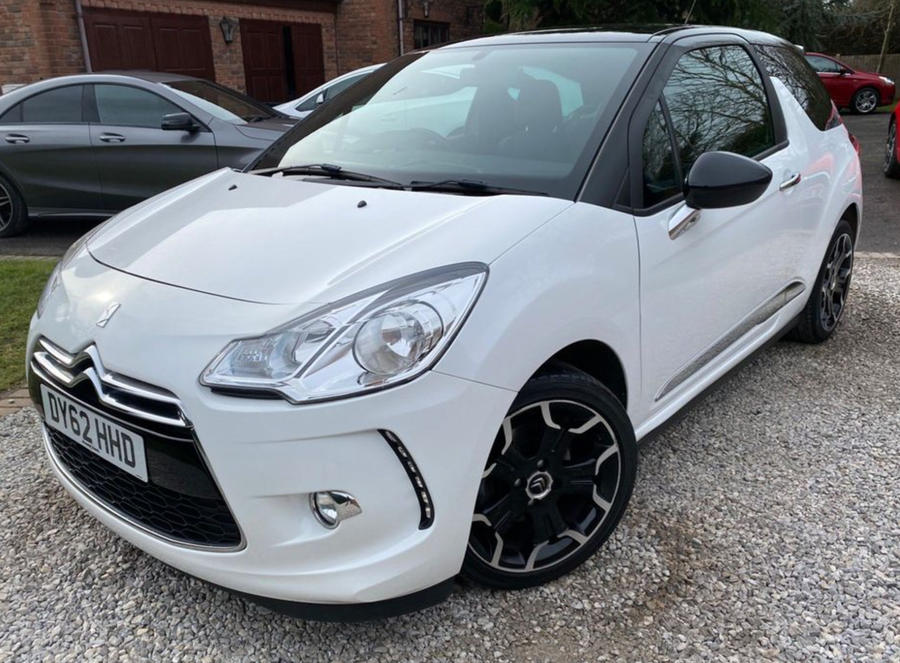 Citroen DS3 DSport, 2012/62-reg, 57K miles, £4250: This pretty DS3 is in a sensible white-and-black combination with black 17in alloys and chrome detailing. There’s no mention of a full service history, but it was serviced in February. Its mileage is described as below average and its condition excellent, so it’s worth a look.

Is this version available with the opening roof? If so, is it reliable? This is surely one of the DS3's selling points... an almost convertible for sensible money.