BACK TO ALL NEWS
Currently reading: Nearly new buying guide: Renault Captur
UP NEXT
Tesla achieves best quarter on record with Q3 performance

As this is written, Renault showrooms across the land are being emptied of their few remaining unregistered, old-model Capturs as the all-new version pushes at the gates. In fact, you can order the new Captur now for delivery in February.

Still, here we’re interested in its predecessor, a model that did a sterling job in helping to establish the market for small SUVs when it was launched in 2013. Such was its popularity that in 2016 the Captur was Europe’s best-selling small SUV.

When it first landed, reviewers complained about its poor ride on scarred roads, a tendency to lean heavily in corners, lacklustre performance and uncommunicative steering. To the model’s fast-growing army of admirers, however, these were mere technicalities.

Click here to buy your next used Captur from Autocar

Instead they focused on its plus points: stylish looks (especially in one of the two-tone colour schemes), chunky presence, lofty driving position, space-efficient interior featuring a sliding rear bench, four years’ servicing, warranty and breakdown cover, and keen pricing. 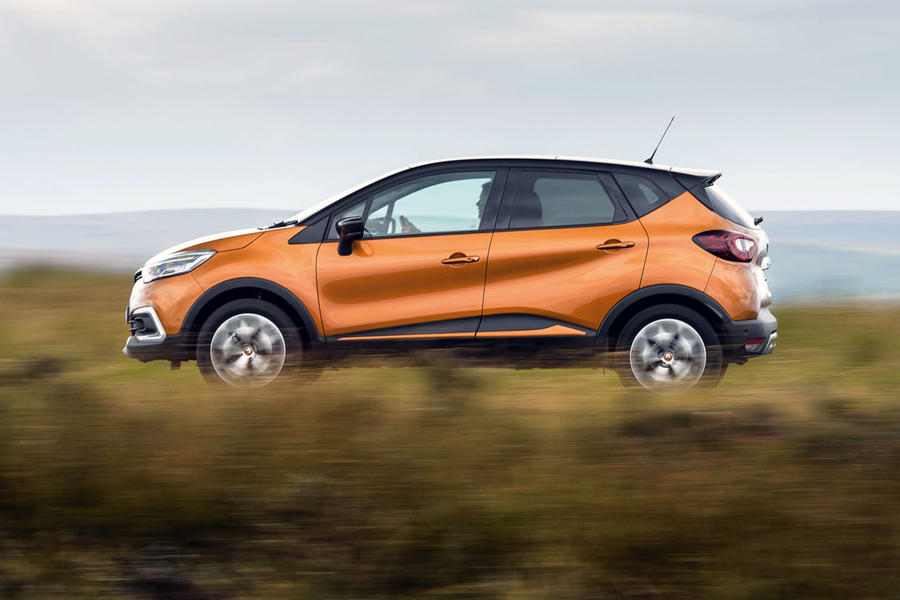 The model was facelifted towards the end of 2016 (restyled grille, smarter lights all round with LED daytime-running lights, improved interior trim) and then last year the line-up was simplified.

For a small car, there are lots of engines to choose from. If you spend your time pottering around town, lightly loaded, you’ll be fine with the 89bhp 0.9 TCe 90 petrol. There’s a more powerful 118bhp TCe 120 available with the EDC automatic gearbox. Later on, a choice of two 1.3-litre engines arrived: a 128bhp TCe 130 and 148bhp TCe 150, the latter also offered with the EDC ’box.

If you don’t like the idea of diesel then one of these more powerful petrols would be a good choice, especially if you’re contemplating long, fully loaded drives. However, given the Captur’s less than sparkling steering and handling abilities, don’t expect to arrive grinning from ear to ear.

There are two diesel engines: a 108bhp dCi 110 and the 89bhp dCi 90. The former is a gutsy partner but it’s the latter, the 89bhp unit, that survived the cull of 2018 and which is also available with the EDC gearbox. It’s a clattery old thing but it’ll give you the economy you’re looking for and it bowls along happily enough.

Talking trims, up to 2018 Dynamic Nav and Dynamic S Nav were the big sellers thanks to their alloy wheels, climate control, chrome trim and media system. After that date, the trims changed to Play, Iconic, runout S Edition and GT Line, in that order. Iconic, a blend of Dynamic and Dynamic S, ticks most boxes. 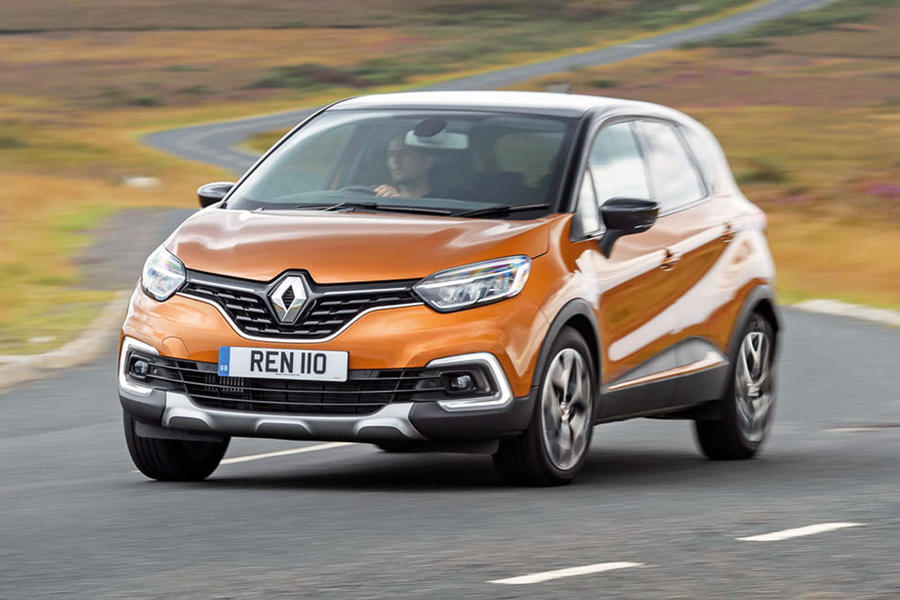 Signature X Nav: Signature S Nav was for a time the top spec but X Nav a rung below it gets our vote for having Renault’s advanced Grip Xtend traction control system, in addition to luxury kit.

Transmission If it's a manual car, petrol or diesel, drive it from cold feeling for clutch judder as the temperature rises and you change gears. It's a common problem, according to the forums.

Interior Be sure the infotainment system functions flawlessly since it hasn't a great reputation for reliability. A faulty stop/start system may indicate a tired battery or a faulty sensor. Is the mpg readout displaying 29.9mpg? An update should fix it. Is the radio on but not working? A Renault dealer should be able to fix that, too. Seatbelt rattles have been reported but the only cure is to slot them into their connectors. Make sure some of the cheaper trijmplastics aren't too knocked about.

Capturs registered up to 31 January last year were sold with a four-year/100,000-mile warranty, but from 1 February cover was trimmed to three years/60k miles.

All Capturs were sold with a tyre inflation kit but it’s worth keeping your eyes peeled for any that were specced with the optional spare wheel instead. 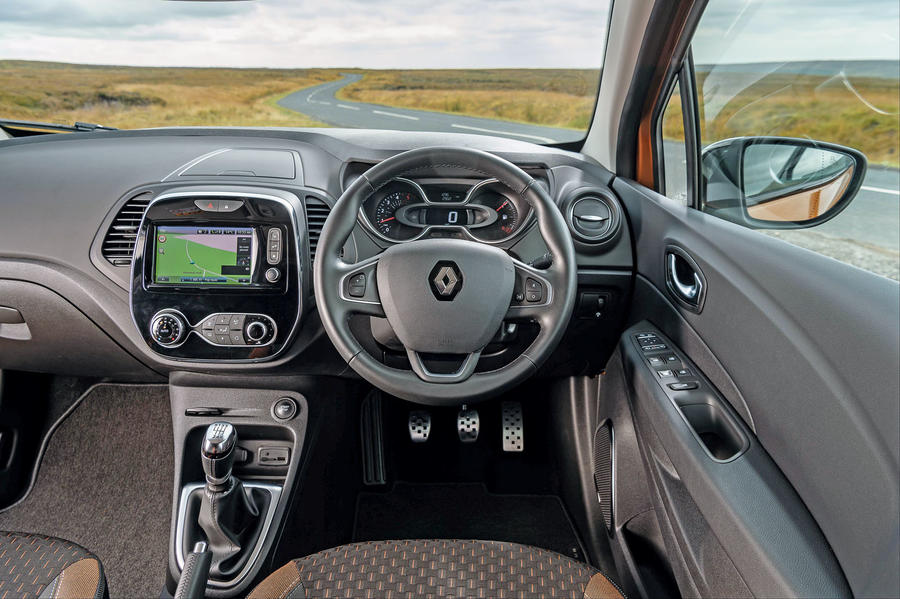 Renault Captur 1.3 TCE 150 Iconic EDC auto: Small autos can be frustrating but, in this Captur’s case, the combination of powerful engine and responsive gearbox is a nice surprise. Iconic trim features a touchscreen sat-nav.

Capturs registered up to 31 January last year were sold with a four-year/100,000-mile warranty, but from 1 February cover was trimmed to three years/60k miles.

Didn't I just read the other day that Renault were now going to 5yr warranty? That's not going to cause confusion amongst owners is it.

Didn't I just read the other day that Renault were now going to 5yr warranty? That's not going to cause confusion amongst owners is it.

I've had a few of the 0.9 TCE as hire cars from work and they are the worst modern cars I've driven.  Driving the duel carridgeway in Cornwall you are down to 3rd gear on the hills and struggle to maintain 60mph with only 2 people and little luggage.  Fuel consumption in mid 30's is all you get in the real world.

Maybe the larger engine is better but the 0.9 is awful.  (Similar experience with the Quashqi with the same engine)

Maybe the larger engine is better but the 0.9 is awful.  (Similar experience with the Quashqi with the same engine)

The Qashqai has never had the 0.9 TCE, fortunately. That really would be dangerous.

Wouldn't have expected it to

Wouldn't have expected it to be that bad, my colt cleartec only has 98 bhp from its na 1.3 and copes with the same roads just fine, but does get better economy than 30 odd, usually high 40s-50 mpg
Always thought the downsized turbos would be thirsty as they're so often on boost.