Hidden in the shadow of the Porsche 718 Boxster, we find a gem
Open gallery
Close

The BMW Z4 is one of the stalwarts of its class.

The drop-top sports car is now in its third generation, with the BMW having forged a wheel-to-wheel battle with the Porsche Boxster during each. The Porsche has traditionally been the critic’s choice, but the latest Z4 gets closer to besting its rival than ever before.

For this model, introduced in 2018, BMW continued the Z4’s traditional front-engine, rear-drive layout, but it was designed around a cloth roof, which returned for the first time since the initial Z4’s introduction in 2002.

A 50:50 weight distribution and its lighter roof improved handling, while boot space was increased by 50% to 281 litres.

Three engines are available, starting with a choice of two turbocharged 2.0-litre four-cylinder petrols. The entry-level sDrive20i produces 194bhp while the sDrive30i offers a boost to 255bhp. Not enough? You will want the turbocharged 3.0-litre straight six, then, which pumps out 335bhp and 369lb ft for the range-topping, M Performance M40i. Each engine gets a ZF eight-speed automatic gearbox. 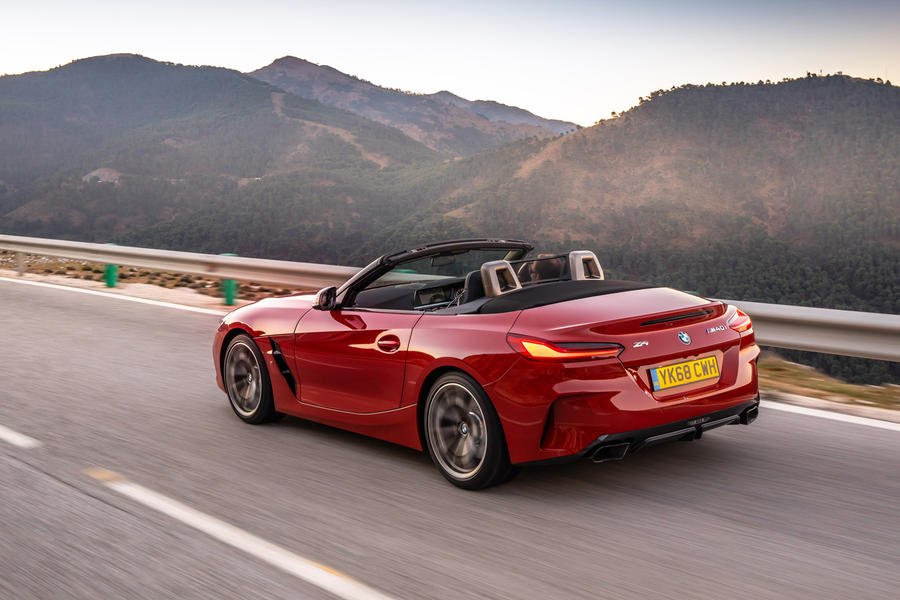 The top-rung M40i burnishes the car’s sporting credentials with lightweight 19in alloys, adaptive suspension, an electronic differential and upgraded brakes, as well as electrically adjustable seats.

The M40i shaves the time down to 4.5sec, plus it emits a more inspiring note (especially with the roof down), thanks to that glorious straight six.

As such, and if the soundtrack is what you prize most in this sort of car, go for the M40i, because the 2.0-litre models are rather uninspiring in comparison.

One thing that BMW has never quite managed to perfect is the Z4’s handling. It’s composed and direct, sure, but lighter, more agile roadster rivals such as the Boxster and Mazda MX-5 remain the benchmarks.

However, the Z4’s interior really stands out. It is similar to that of the BMW 3 Series in layout, is adorned with leather and has refined, well-located conveniences.

well-located conveniences. BMW’s superb iDrive 7.0 infotainment system is included as standard with all of the functions you would expect, including smartphone mirroring.

We find the digital dials of the Z4’s Virtual Cockpit a bit difficult to read, so cars with the optional head-up display might be worth seeking out. 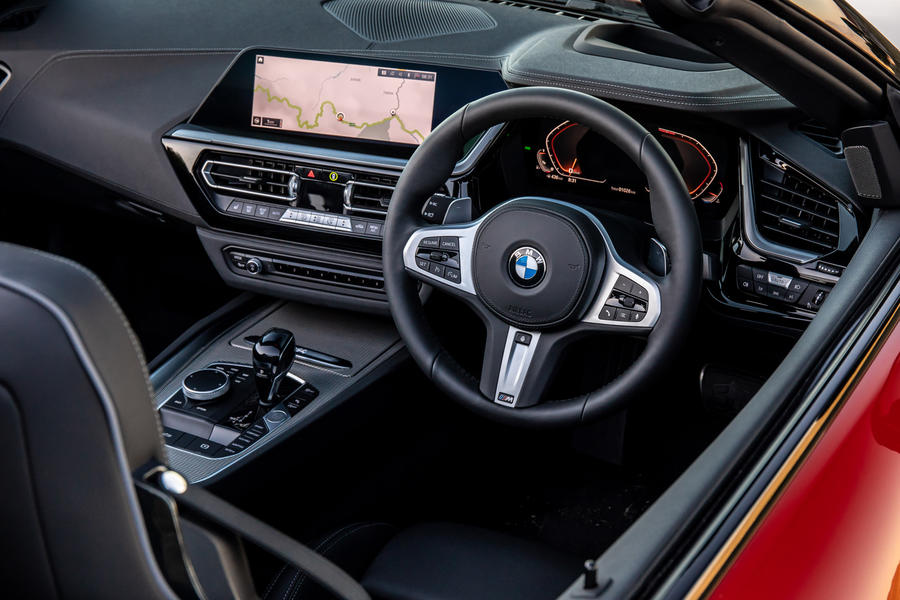 Track rods: A safety recall was issued for cars built from 30 October 2018 to 5 July 2019 to stop the track rods breaking in excess temperatures, so check that this work has been completed.

M brakes: On models equipped with M brakes, small stones and debris can get stuck between the disc rotor and the metal heat/protector shield. If this happens, you will hear it. Dealers can remove these stones, but the problem has yet to be rectified.

Connectivity: Some drivers don’t use the Z4’s Connected Drive app so won’t have updated the infotainment system’s software. If you want improved connectivity for your car and some remote functions, update the software through the touchscreen settings and connect to your phone.

The Z4’s official fuel economy figures are quite attractive, considering its performance, so it’s more than capable as a daily driver. The smallest engine offers up to 39.8mpg (that’s slightly better than a comparable Volkswagen Golf GTI), while the 255bhp unit is capable of 38.7mpg. The range-topping M40i drops to around 33.6mpg, but that’s still not bad for a straight-six-powered roadster. 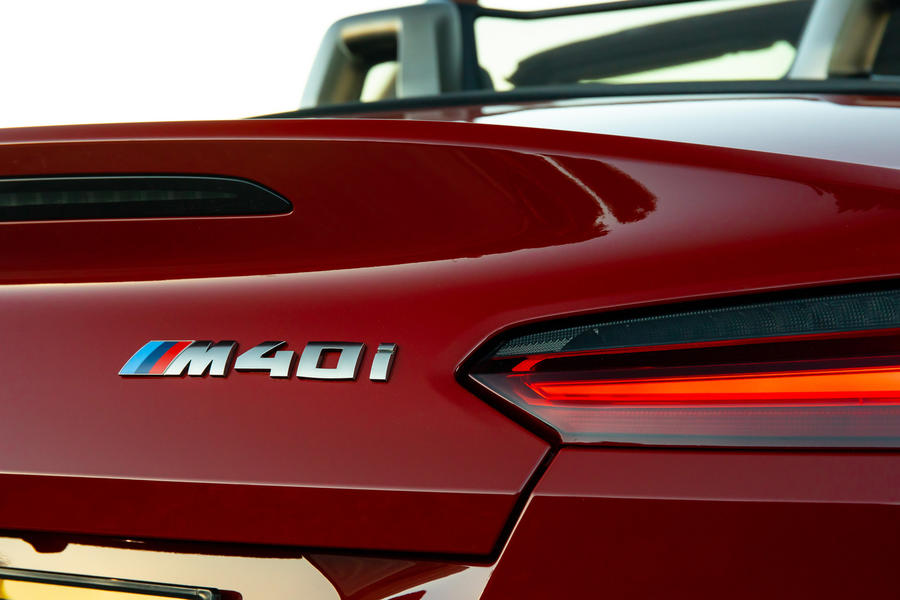 M40i: Those who covet extra power will have no problem spending more on the M40i. It has all the kit and those M Performance enhancements are enticing, as is the noise of the straight six

sDrive20i M Sport: Hardly wild, but the basic model offers enough poke to excite in the corners and perform well as a motorway cruiser. The weight saved over the M40i is a blessing.

M Sport: M Sport cars are prevalent on the used market, thanks to a good combination of equipment and more aggressive exterior styling. All you need to decide is which engine to go for.

They are a rubbish car. Even the dealers don't try to sell them. They look amazed when you want a test-drive. It's nothing like a Boxster. It isn't even a good BMW. It's a cruiser, even in 40 guise. An M2 Competition is the same price and is miles better to drive. You really would have to want a soft-top to take one over an M2. Even the dealers know it. You will either buy an M2 or walk to the Porsche dealer.

That seems a fair summary. The M40i though, is often overpriced, and as you say, the weight of the engine dulls the enthusiastic turn-in of the four cylinder cars. The Z4 is not quite as good as the Boxster in any area, though it gets close, and costs less to buy and run, as age equivalent. This generation of Z4 has more of the fun factor of the MX5 than previous Z4's, and is better quality all round, as long as you don't mind automatics.

While the 20i is fine in itself as an MX5 beater, lots of them lack the useful extras like bigger brakes and adaptive suspension. Most 30i models are MSports and have these and upgraded sounds and kit. I reckon the 30i is the sweet spot of the range, costing little more than the 20i used, but with significantly more power, the sweeter four cylinder handling and 40mpg efficiency. No prizes for guessing I have a 30i MSport and love it.

OK the exhaust noise isn't great compared to the M40i, but it's probably more fun to drive.