Buy them before we do: second-hand picks for 11 January

£20,000 could get you a seriously sorted example of one of Stuttgart's finest handling sports cars, but make sure it's not a money pit
Share
Open gallery
Close
Share story

It’s a great improvement over the Gen 1 and better, even, than a Gen 1 3.4 S. The new PDK auto was popular at the time but go against the grain and flush out a manual version for a more connected experience. 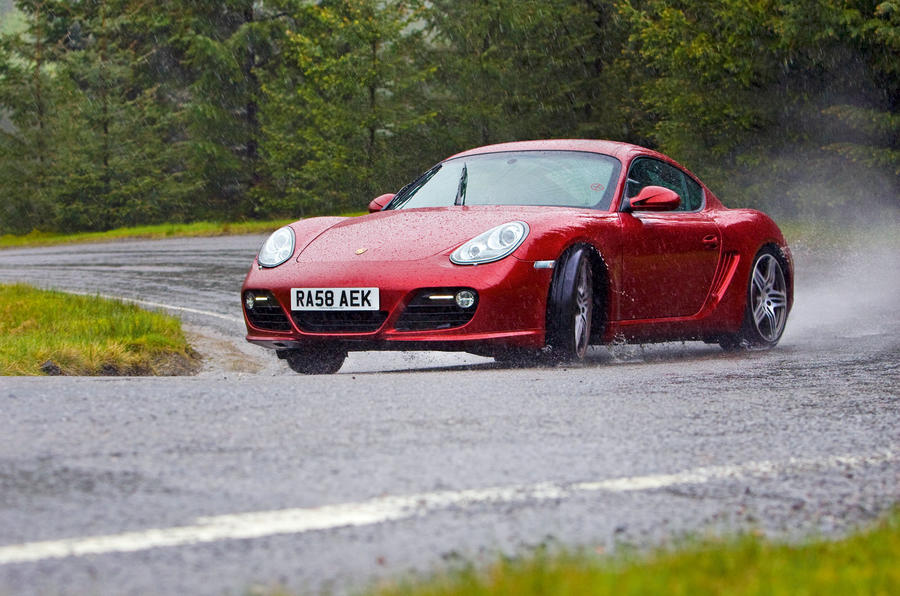 Porsches are often optioned to the eyeballs but the extras you should aim for on a 987 Gen 2 Cayman are 19in wheels, active ride suspension, which, ironically, removes a lot of the harshness from those larger wheels, a sat-nav, a Bose sound system and heated seats.

It’s from a specialist and comes with a comprehensive, six-month warranty. Even so, whoever you buy it from, it’s as well to know that around one in 10 Caymans is a serious money pit requiring lots of remedial work but also that there are some simple checks you can make to keep clear of trouble.

Such as checking that the oil has been changed every year, that the front-mounted radiator, condenser and hoses are sound, that the gear cables feel taut, that the clutch isn’t slipping through overly gentle use and that the tyres are N-rated. And then go and enjoy one of the best-handling sports cars £20k can buy. 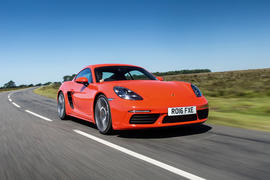 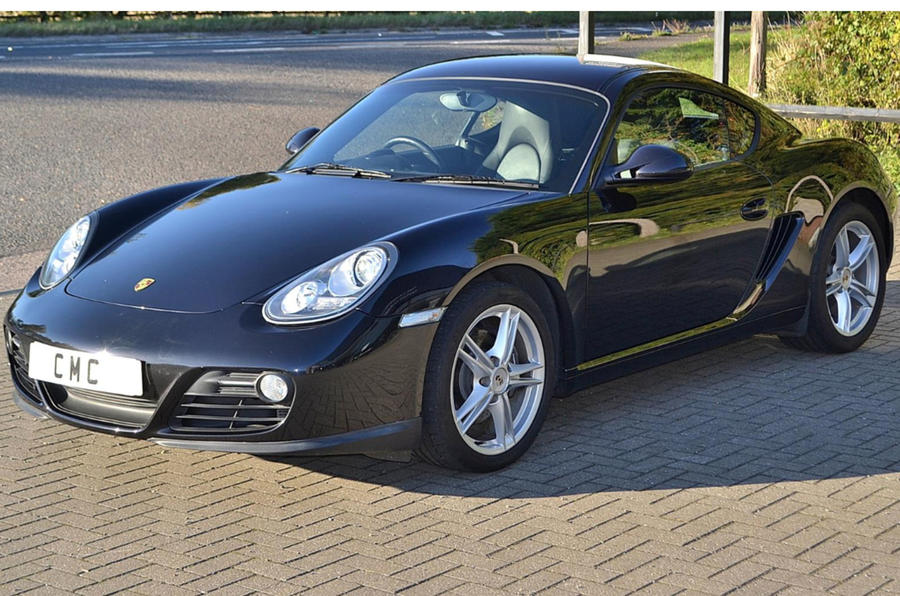 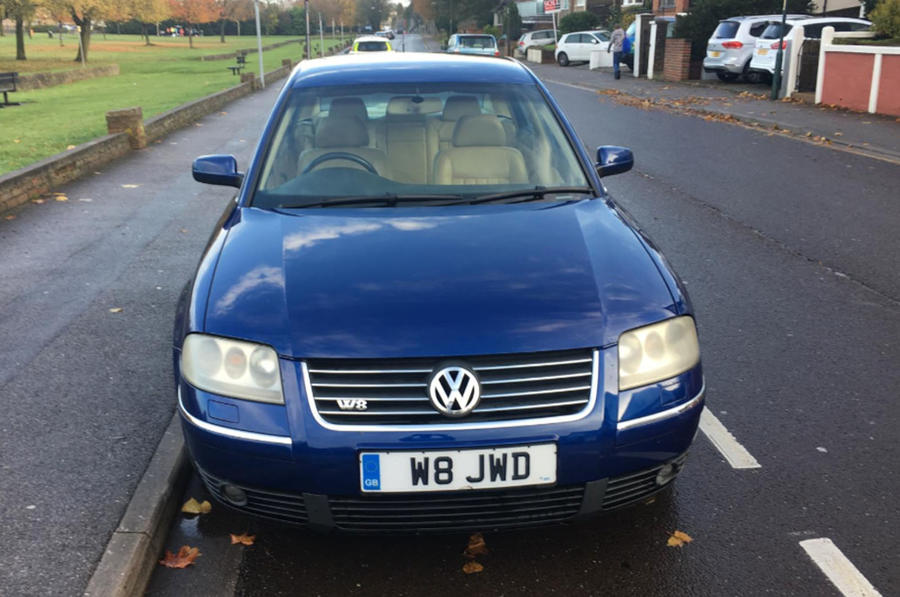 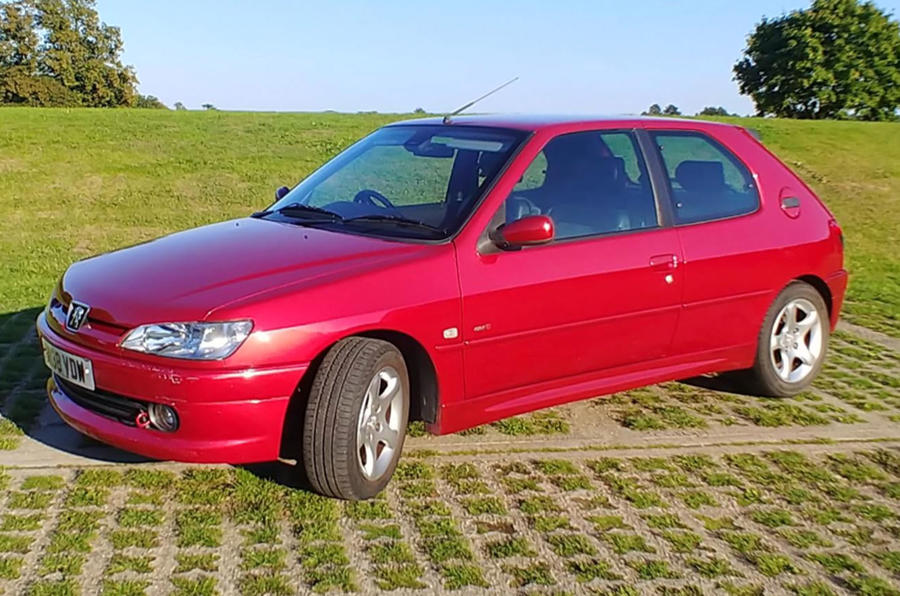 Vauxhall Calibra, £6995: It may have been a tarted-up Cavalier but we loved the Calibra, especially in turbo four-wheel-drive form. This one is the more down-to-earth but reliable 115bhp 2.0-litre 8v cooker. It’s an immaculate 1996 car; one female owner, full Vauxhall service history. 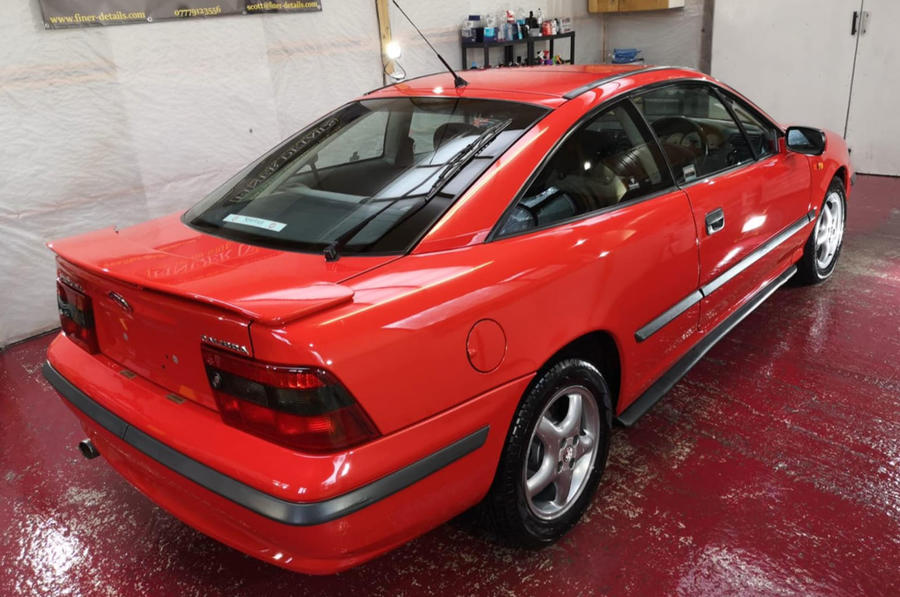 Proton Savvy, £2695: To a certain buyer, the name would be reason enough to buy one, hinting, as it does, at good sense. This 2009 car has a 75bhp 1.2 with 38k miles, full service history, rear parking sensors and two female previous owners. What’s not to like? 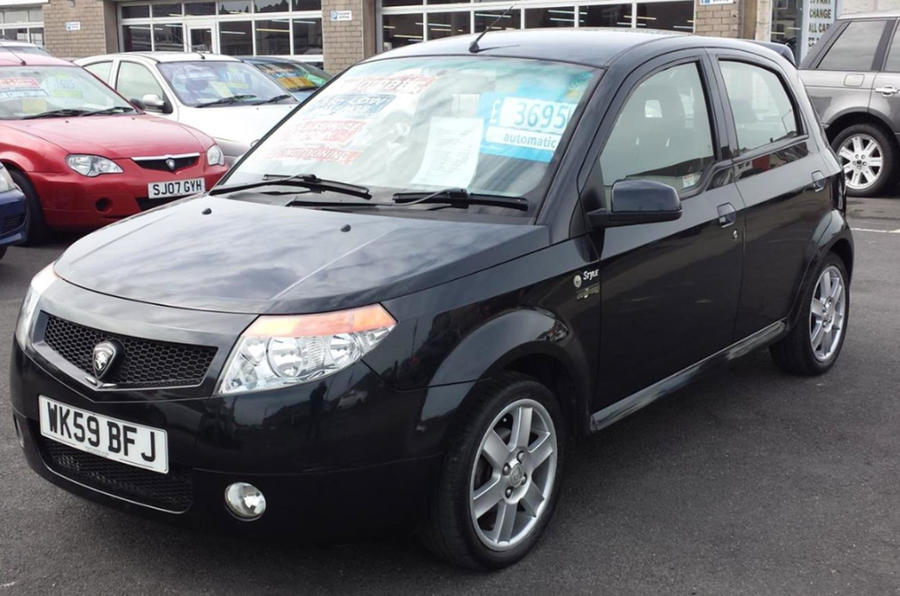 Ford Mondeo Citrine: “Mondeo Latrine, more like,” said one wit on glimpsing this 141,000-mile, 1994-reg lime-green Mondy 2.0 Si Mk1, which fetched £2968. But titter ye not since the Citrine of 1994 was a rare and desirable special limited to 211 examples, each intended for the nation’s Ford dealers as a promotional tool. It sported the RS bodykit and the racy Si seat fabric. Still, even this wasn’t enough for one dealer group. Hendy Ford produced its own even more exclusive version, still in Citrine but with the Si’s 136bhp 2.0-litre engine tweaked to produce 150bhp. Only 10 were made. Yours, then, for £17,250. 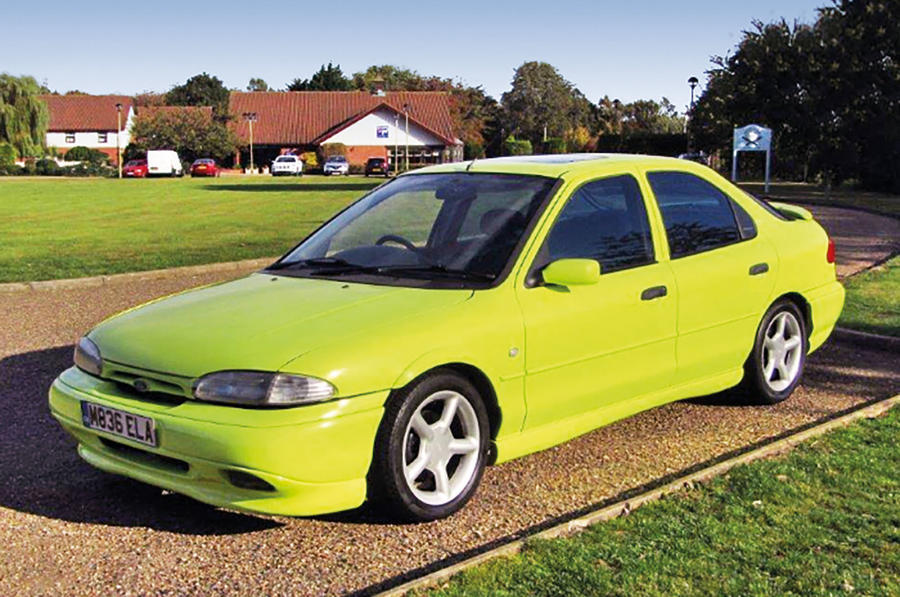 Mini Cooper D, price new - £18,495, price now - £15,380: The confusion over diesel has claimed another scalp in the shape of oil-burning versions of the Mini hatchback. Now you can only buy new models powered by a choice of 1.5- or 2.0-litre petrol engines. That’s no hardship but at least diesel ones went further on a gallon and offered a tax advantage. They were EU6 engines, too, so safe from forthcoming inner-city emissions charges. It means you should strike now if you fancy a late-plate Mini diesel. We found a 2018/18-reg Mini Cooper D with 10 miles on the clock for £15,380 – a saving of almost £3000. 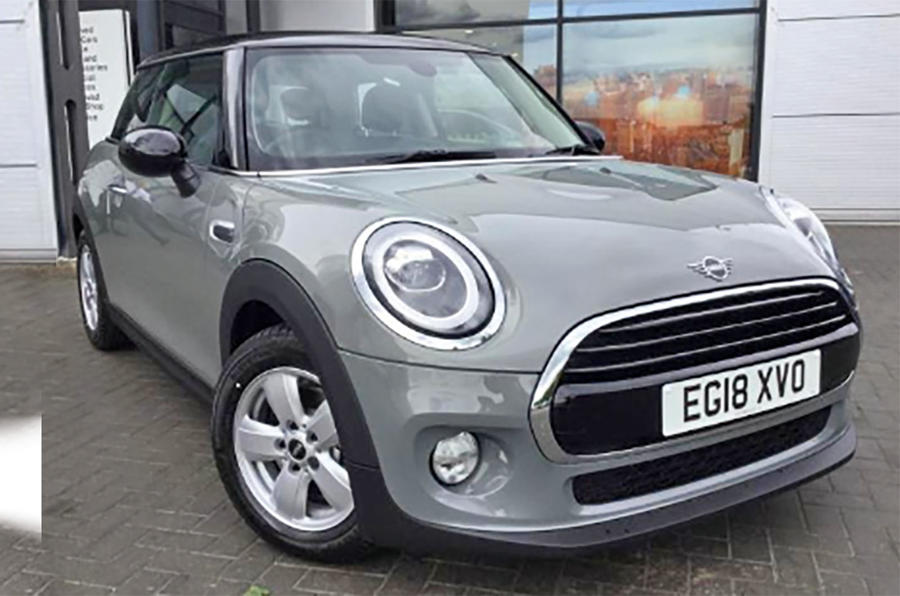 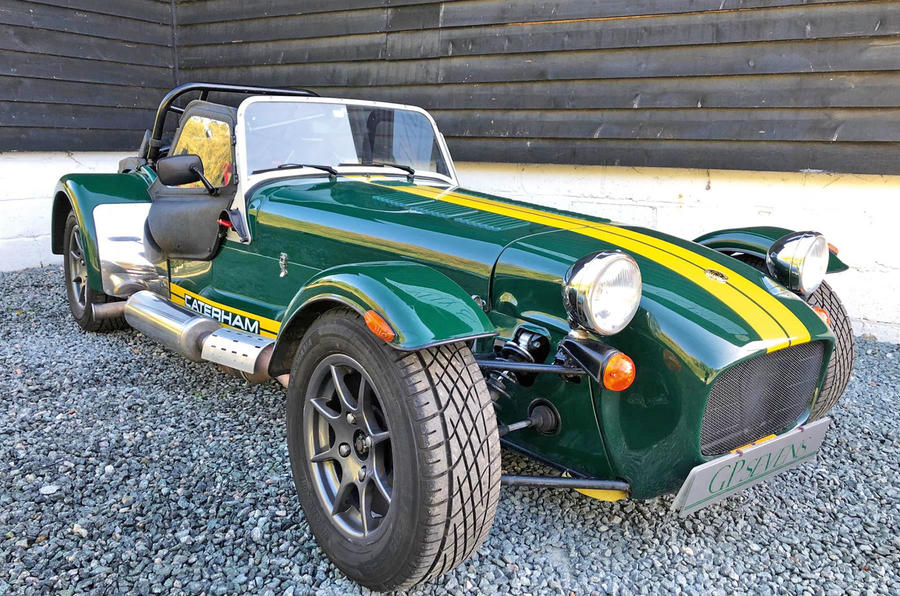 Caterham Seven Roadsport 140, £19,995: Bikers love something that accelerates like a ballistic missile, which this Caterham Seven Roadsport 140 will do because it weighs not much more than Danny DeVito and has a potent 140bhp 1.6-litre engine that reaches 62mph in less than five seconds. They also like a loud exhaust (for safety, obviously) and since it’s practically next to your right ear, you’ll definitely hear it. Plus, if you’re not careful, you’ll burn your leg on it on the way out, just as with all the best sports bikes. Max Adams 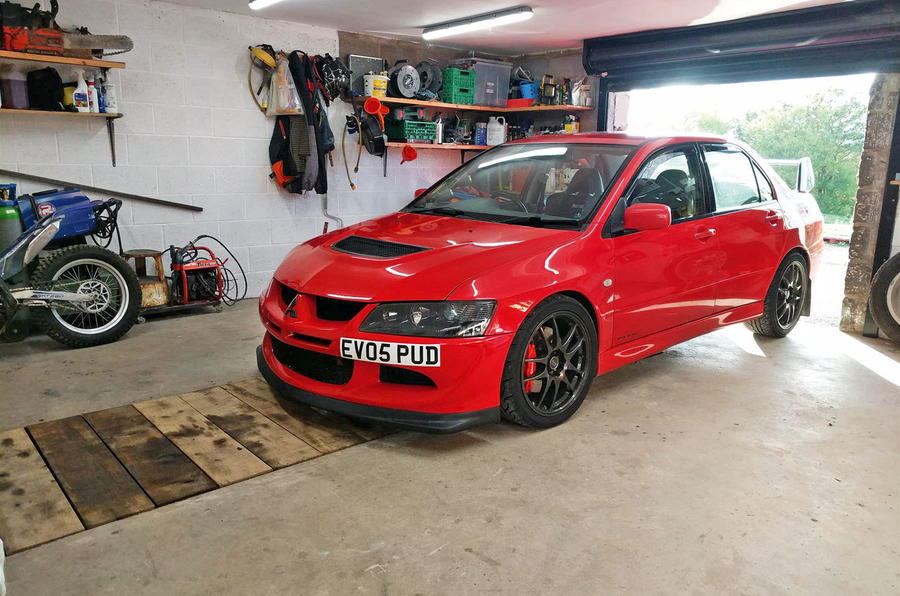 Mitsubishi Lancer Evolution VIII FQ340, £19,500: There are many, myself included, who will find it impossible to conceive of a car that’s as much fun as a motorbike, even if it be a fire-breathing supercar that’ll cost you way in excess of our measly £20,000 budget. But this well-kept Evo Vlll must be a contender. You’ll get 400bhp, for one, four-wheel-drive 1g grip for a second and gravel-spraying performance in the order of 0-60mph in 4.5sec for a third. Nothing will flick like it, so maximum driver enjoyment is guaranteed, and there’s no finer way to release your inner Mäkinen. Mark Pearson

Porkers in the Peaks: meeting up in two second-hand Porsche Caymans

If you're buying a 8 year old Porsche sports car the last thing I'd want is adaptive suspension and a flash sound system.

If you're buying a 8 year old Porsche sports car the last thing I'd want is adaptive suspension and a flash sound system.

"You're"?...not going to be you then...chopping in your decrepit sofa, with the desirable extras including worn out suspension, stained seats and broken cupholder. TwIT, the w is silent, as you should be.

Proton Savvy. Really? Might be OK if you are going to do high mileages and don't mind a thirsty engine and an underdeveloped driving experience but it won't be worth much at all in a couple of years so relatively heavy depreciation is still likely and the £3695 original sticker price looks a tad optimistic for a 10 year old car that very few have heard of and has no official importer spares support any more...

I loved the looks of the

I loved the looks of the Calibra. And it was fast, and comfortable.

I can't fathom why such a decent looker was dropped, not developed.

Porsche develops beautifully, so why not a Calibra, or indeed a Supra, or MR2, or... or...

Come off it Autocar!

Come off it Autocar!

Are you seriously suggesting we should spend £3,700 (the windscreen price) on a 10-year old Proton?!?!

I spent less than that 1 year ago on an 18-month/6,800 mile old Citroen C3! Yes it was a repaired Cat D (from vandalism) ex Avis rental car but as it was for my kids to learn to drive in, I figured the body work would soon be scarred (it is!). But a year on it is still under manufacturers warranty.