From £15,2508
Mini has broken tradition by ditching its torque converter automatic gearbox for a seven-speed dual-clutch unit. Is it a better fit for the hatchback?
Open gallery
Close
by Dan Prosser
19 December 2017
Share

For the first time in its 17-year history, the BMW-era Mini hatchback is being offered with a dual-clutch transmission (DCT).

While the first-generation Mini used a CVT automatic transmission, more recent versions have utilised torque converter units as the alternative to a manual. From early next year, however, a seven-speed DCT will be offered in the UK on One, Cooper and Cooper D models, with further versions to follow suit later in the year.

Mini hasn't offered a dual-clutch transmission until this point because they’ve typically been bigger, heavier and more complicated than conventional automatics. Now, though, drivetrain specialist Getrag has developed an electronically - rather than hydraulically - actuated twin-clutch unit that’s as compact as a regular auto.

Mini says it offers faster gearshifts than the outgoing six-speed automatic, as well as modestly improved fuel efficiency, thanks in part to the additional ratio. It too will carry a £1345 premium over the manual.

For the time being, the new DCT will not be available with steering wheel or column-mounted paddles. Manual shifts can be made using the gear selector, though, and paddles will become available on sportier models later on. The new transmission is rated to a maximum torque output of 221lb ft, which means it will eventually be offered on all but the 2.0-litre diesel models and top-spec John Cooper Works. 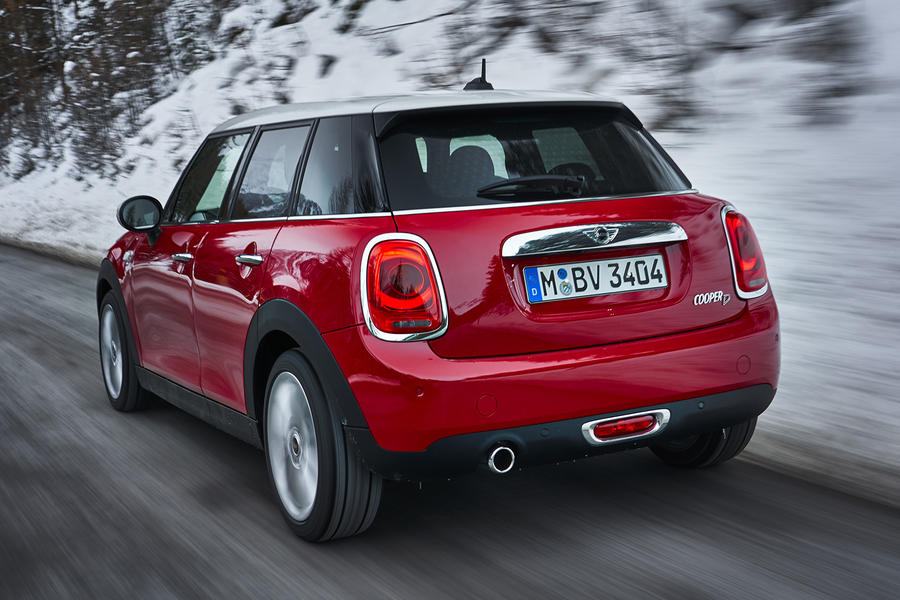 We tested the new gearbox in a Cooper D five-door hatchback.

The extra inertia of a diesel engine compared with a petrol means upshifts can only be made so quickly. In practice, then, and with the gearbox in manual and Sport mode selected, the new transmission doesn't seem to swap to a higher ratio any more urgently than the previous auto. In normal use, though, upshifts do feel appreciably sharper with a less pronounced torque interruption. Shifts are smooth and unflustered, too. Incidentally, Mini is not quoting comparative gearshift times for the two transmissions.

The new gearbox also offers more precise control over downshifts in manual mode, whereas the old automatic would occasionally ignore the driver’s input. Mini's engineers say they worked extremely hard to ensure the car’s low-speed comfort wasn’t adversely affected by the new transmission. In fact, they claim that in back-to-back tests, the DCT was smoother and more refined than the auto. Out on the road, you do sense the same busy, ever so slightly clunky downshifting that’s typical of twin-clutch transmissions when slowing to a halt, but it’s hardly enough to mark the new gearbox down.

In this application, the DCT will upshift in manual mode when the engine hits the limiter rather than holding the lower gear, but that will be revised when the gearbox is introduced to higher-performance models such as the Cooper S.

The omission of shift paddles on baseline models is a slightly contentious point, particularly on a car that trades on its sporty character. At least the gear selector operates in the ‘correct’ way in manual mode, which certainly isn’t a given; you push it forward to change down a gear and pull it back to shift up. It’s all about momentum; pushing the lever forward while hanging against your seatbelt under heavy braking is much more natural than pulling, and tugging the lever backward while being pinned to the seat back under acceleration - as much as a fluttery three-cylinder diesel can pin you into your seat, at least - is more natural, too.

Gearbox aside, the Mini Cooper D five-door is a very commendable, if slightly awkwardly styled, hatchback. Its interior feels decidedly premium, with high-grade materials and solid build quality, while the typically darty, agile driving dynamics we’ve come to expect of Minis are present and correct. The modest diesel engine, meanwhile, is burly enough to not feel overworked and it’s impressively refined, too. The distinctive three-cylinder diesel soundtrack, meanwhile, only becomes intrusive under very heavy load. 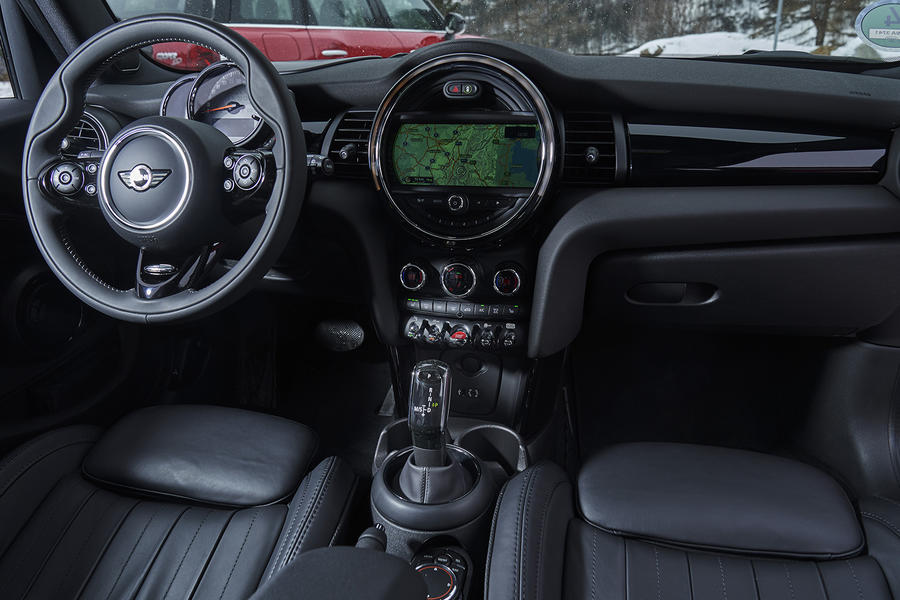 As of early 2018, if you want a two-pedal Mini with anything but the bigger diesel unit or the 228bhp John Cooper Works petrol, you’ll have to.

Thankfully, the new DCT is better in just about every regard than the outgoing automatic yet no more expensive to buy. With that being said, if you’ve been torn between two and three-pedal options until now, the switch from a torque converter to a DCT should not be the factor that sways you away from the manual gearbox. 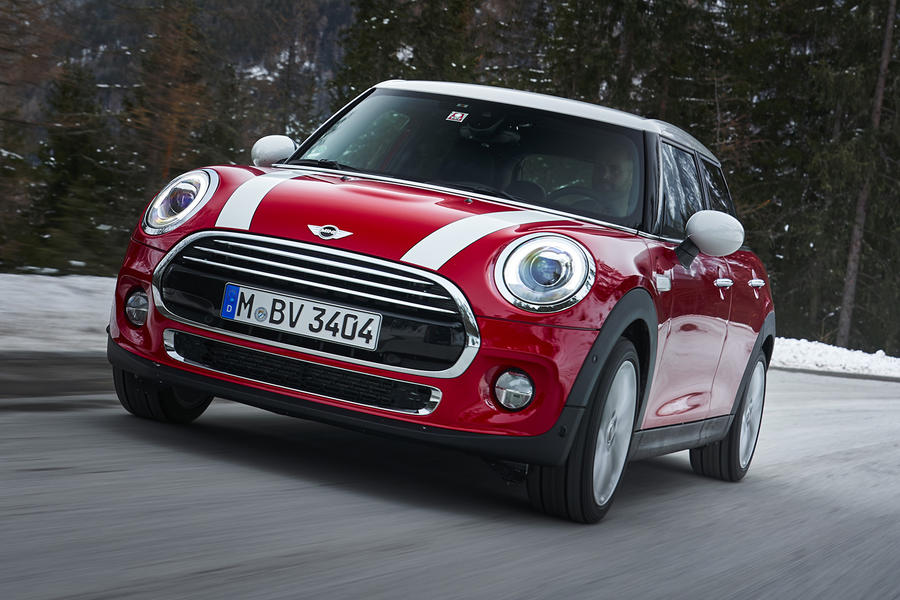 I thought the existing one is an

An 8 speed torque convertor from Aisin (Japan).  If so this DCT is one less gear.  The reviews of that were pretty good and the economy also took a leap forwards so I would guess this is more about reducing cost. Interesting as the BMW Group in its M cars is moving away from the dual clutch in the 5.

Agreed, this isn't about the engine...

...but on a general level of discussion about the deviations from the original Mini spirit it is worth some meditation about the anachronic use of Diesels in such a lifestyle toy-car.

OK, this D engine could not be a stinker, but it s primarily a too heavy proposition in my opinion, with DCT or not.

I agree.  Even before all the latest fuss about diesel engines, the characterful petrol engine was surely the sensible choice.

This isn't about the engine though.