BACK TO ALL NEWS
Currently reading: Under the skin: The secret to rapid gearshifts in a road car
UP NEXT
Exclusive: Morgan bosses detail ambitious growth plans

Zenvo is another of those niche supercar makers that spends more time seeking better ways to perform an old trick than mainstream manufacturers have either the time or money for. Its new 1177bhp TSR-S hypercar is equipped with not a sequential, dual-clutch transmission for fast shifting but the firm’s automated manual ‘dog ’box’ transmission based on lighter, more aggressive motorsport principles.

Dog ’box is the moniker given to dog engagement gearboxes typically found in all manner of race and rally cars. It’s simple, strong and fast shifting and lacks the usual synchromesh that enables crunchless shifts but blocks super-fast gearchanges.

Most gearboxes, aside from torque-converter-based automatics and CVTs, are fundamentally similar and the selection of a gear ratio depends on temporarily locking a gear that is usually free spinning (neutral) to its shaft. The locking is done by a dog clutch when the driver selects the gear, something that involves the interlocking of tooth-like steel ‘dogs’ on the gear, with grooves in the dog clutch.

The shaft and dog clutch are usually spinning at higher speeds that the gear being selected and engaging the gear can involve a lot of noise, crunching, clunking and roughness, which is not acceptable in a road car, not even a supercar. On the upside, a manual dog ’box does allow a skilled driver to make very fast, seamless upshifts without the use of the clutch.

A synchromesh gearbox is essentially the same animal, with gears engaged by dog clutches sliding along a shaft. The difference is a synchroniser between the dog clutch and gear, harmonising the speed of the two and avoiding the ‘dog-on-dog’ clash that causes all the noise and wear.

For its gearbox, Zenvo initially used a proprietary synchromesh seven-speed paddle-shift automated manual gearbox but found the shifting times disappointing due to the synchromesh. The same has been true of the early Alfa Romeo Selespeed and Ferrari F1 automated manuals and, to a lesser extent, BMW’s SMG. To improve shift speed, Zenvo switched to bespoke dog ’box internals with hall-effect sensors to measure the speed of internal shafts to within a few rpm. This approach, in conjunction with its own software control system, allowed the dog clutches and gears to be synchronised without the use of conventional synchronisers.

By adding its own electro-hydraulic selector and clutch mechanism, the result is race-car-like shift speeds with far greater refinement than a pure racing gearbox. If Race mode is selected by the driver, upshifts become clutchless ‘powershifts’, made without lifting the throttle. Zenvo has stopped short of using ‘straight-cut’ gears with teeth cut at 90deg to the direction of rotation as in a competition car because it would just be too noisy. Instead, it uses traditional helical-cut gears (with teeth cut at an angle), trading the small amount of power they absorb for a modicum of sanity. That said, its design is about as near to a race design as it’s possible to get and, on paper at least, arguably one of the coolest performance car transmissions out there.

Hybrid version on the way 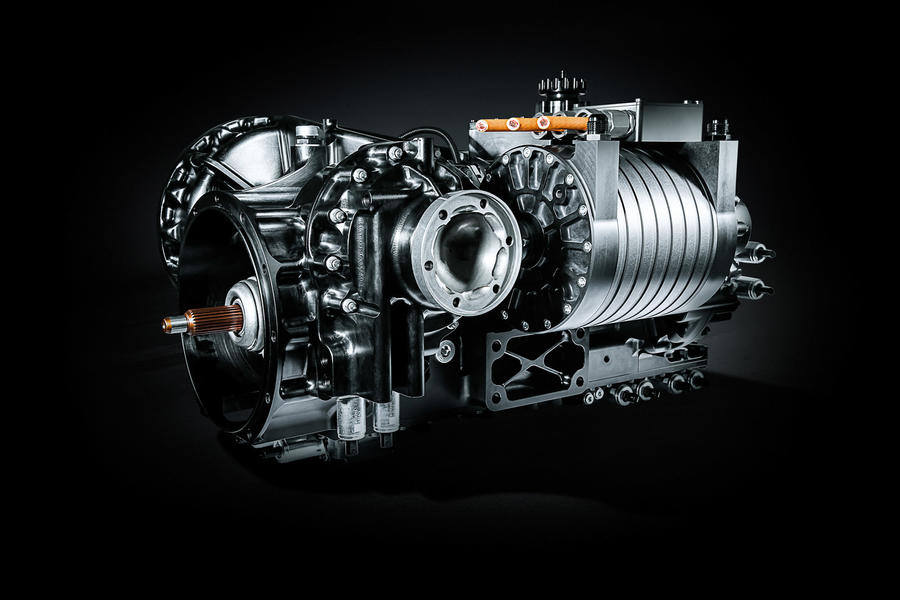 A new, eight-speed hybrid version of Zenvo’s seven-speed gearbox is expected to enter production in 2021. As well as boosting torque, the integrated hybrid electric motor is used to synchronise shaft speeds much faster and more accurately than the existing internal hydraulic brake, recovering energy at the same time. It also acts as the starter motor and provides much faster blips on downshifts than the engine alone could do. It handles reversing, too, freeing up space in the gearbox for the eighth forward speed.

Under the skin: How e-boosters can replace turbos

Yes, of course this is so important whilst chugging around the West end of London moving a car length or two at a time....... or sitting in traffic jams around Monaco (or worse still the M25 - if it ever gets that far out of London).

...have a Mazda 2 vs. Ford Fiesta test I think you'd find more suitable for your motoring tastes.

Yes, of course this is so important whilst chugging around the West end of London moving a car length or two at a time....... or sitting in traffic jams around Monaco (or worse still the M25 - if it ever gets that far out of London).