BACK TO ALL NEWS
Currently reading: Under the skin: this new EV motor is small but mighty - like the firm behind it
UP NEXT
MST Mk1: Is this the ultimate rally recreation?

Under the skin: this new EV motor is small but mighty - like the firm behind it

More details have emerged about Swindon Powertrain’s ready-to-go compact ‘crate’ EV powertrain, which is on schedule for a June launch. The unit is billed as a ‘high power density’ (HPD) powertrain, so named because the firm claims the highest power-to-volume ratio on the market.

Electric drive units could potentially become a big thing in EVs, providing a cost-effective, off-the-shelf solution for smaller manufacturers and niche markets, from quad bikes through to sports cars, mid-sized cars and light commercial vehicles such as vans. The HPD weighs only 70kg in total and the target was that it should fit in the engine bay of an original (classic) Mini, but it could be used on the front or rear axle of a vehicle, or both to provide four-wheel drive.

The powertrain consists of a DC permanent-magnet brushless electric motor supplied by iNetic. The DC motor produces a peak of 107bhp (what a driver would demand in flat-out acceleration), with a continuous rating (distance cruising) of 54bhp. Both the motor and the inverter are available on the market and have been chosen because they are extremely small and light.

The motor revs to around 15,000rpm, driving through a single-speed drop-down gearset to the final drive. The integral inverter providing the current control to and from the motor during power and regeneration cycles is mounted directly on top of the package. Because of that, the length of heavy and expensive high-voltage copper cabling is reduced to a mere 500mm.

Continued development includes refining and calibrating the system. Although electric drivelines are, by their nature, much smoother than combustion engine types, they still require noise, vibration and harshness (NVH) tuning to avoid a shortfall in refinement, which ironically can be emphasised by the fact that EV drives are so quiet. Refining a combustion engine is a much bigger challenge because, every time combustion happens, vibration is caused by the piston being accelerated down the cylinder at a huge rate of knots. Careful calibration, torsional vibration crankshaft dampers, balancer shafts and dual-mass flywheels are all designed to smooth out vibration caused by the natural imbalance of reciprocating engines.

Since electric motors rotate rather than reciprocate, they don’t suffer from the same problem. But to a much lesser extent, they do suffer from ‘torque ripple’ caused by the permanent magnets on the rotor naturally wanting to align with each segment of the stator windings. It’s a little like a rotating light switch that clicks to each position. No mechanical fix is needed, torque ripple is taken out in the motor controller software and it’s something all EVs need.

Swindon Powertrain has high hopes for its HPD and, since it was announced in October 2019, the company has taken more than 300 enquiries and been contacted by three OEMs. The initial capacity will cope with building up to 500 units a year but that could be doubled if demand is high. 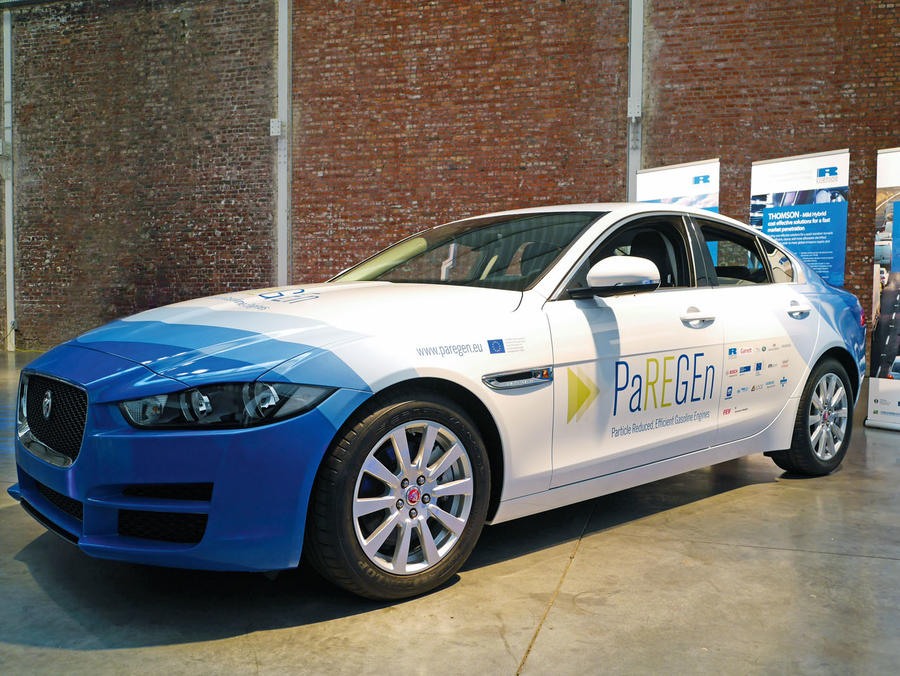 Next-generation direct-injection petrol engines are seen as playing a major part in the run-up to an EV universe, but a downside is that they can suffer from particulate emissions. The Particle Reduced, Efficient Gasoline Engines (PaREGEn) project, co-ordinated by Ricardo and running since early 2019, is aimed at reducing CO2 in these engines by 15% while controlling particle emissions as small as 10nm (10 billionths of a metre – 10 times smaller than a virus) in diameter.

Under the skin: Why diesel engines will always be more efficient than petrol