BACK TO ALL NEWS
Currently reading: Under the skin: How heat pumps improve electric cars
UP NEXT
New Lotus electric sports car to use Britishvolt batteries

Historically, the only link between a car and the humble household refrigerator has been the air conditioning system. Now, though, that link is becoming stronger, because the same technology can play a significant role in extending the range of EVs and reducing their charging times.

The car’s relationship with heat is of the love-hate kind, and just because we’re steadily moving from burning fuels to drawing power from a battery, that isn’t going to change much.

Heat is an inevitable consequence of burning fuel, but once the fire is set inside a combustion engine and liquid is converted into expanding gas to drive pistons or turbines, the heat that’s left is the uninvited guest that nobody wants. Its creation squanders more than half the energy contained in the fuel that’s sucked out of the engine by the cooling system and dumped into the surrounding air.

Powerful electrical systems in EVs also generate huge amounts of heat, and its negative effect on range and battery charging time is perplexing. But where the strategy was once to waste it, now the focus is on saving every last joule and forcing it to earn its keep. That’s where the heat pump, a kind of back-to-front refrigerator, comes in, and it’s something engineers are exploiting.

A household refrigerator contains a compressor and a sealed system of tubes full of refrigerant gas. When this gas is compressed, it becomes hot (as they do; try sealing the end of a bicycle pump with your thumb). The next stop for the hot gas is a snaking line of tubing to the back of the refrigerator, called the condenser.

An air-con unit works in the same way, but a heat pump usually does it in reverse, with heat from the condenser used to raise the temperature in the battery or cabin.

Does this sorcery come for free? Not quite, because work is done by the compressor to make it happen, but it’s estimated that a heat pump using 1kW of energy can produce up to three times that as heat energy. 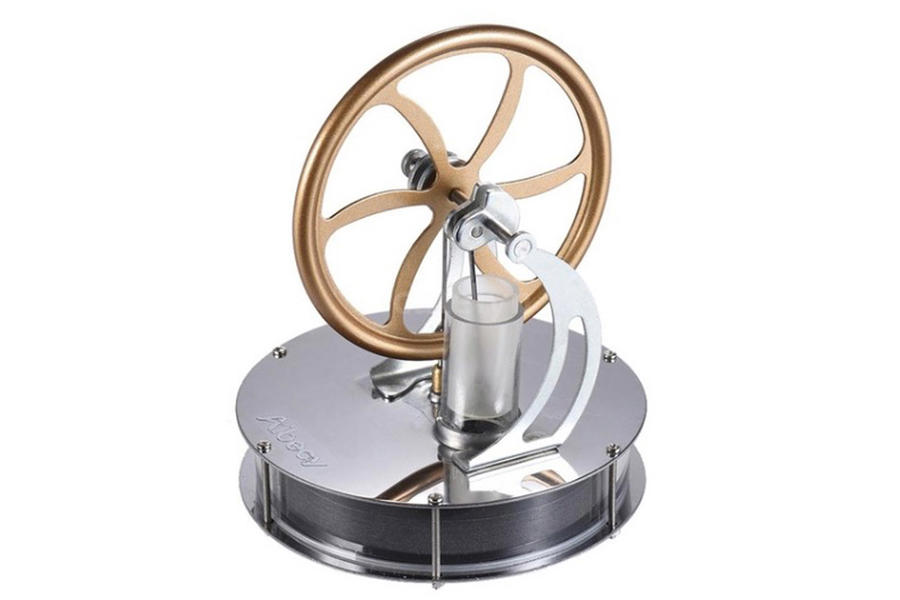 Those little devices powered by the heat off a cup of coffee are called Stirling engines. The opposite of internal combustion engines, they turn heat from an external source into mechanical energy. Like heat pumps, the concept is ancient but has been investigated as a way of putting waste heat energy from a car’s drivetrain to good use, such as for generating electricity.

Under the skin: How camless engines make 300bhp per litre with 20% less fuel

Under the skin: A crash course in making electric cars collision-safe