BACK TO ALL NEWS
Currently reading: BMW reveals colour-changing car, in-car cinema and more
UP NEXT
Red Bull RB17 is radical 1250bhp hybrid hypercar for 2025

BMW has revealed a host of futuristic technologies at this year’s CES in Las Vegas, the most eyebrow-raising of which is a colour-changing car. Other projects include a 32in cinema screen extending from the headliner for rear passengers and a variety of sounds created especially for its electric models.

The German car maker said the innovations “combine creativity and digitisation to produce great moments for the driver and passengers”. The firm also revealed the BMW iX M60, a 611bhp range-topping EV from its M performance division, at the Las Vegas event. 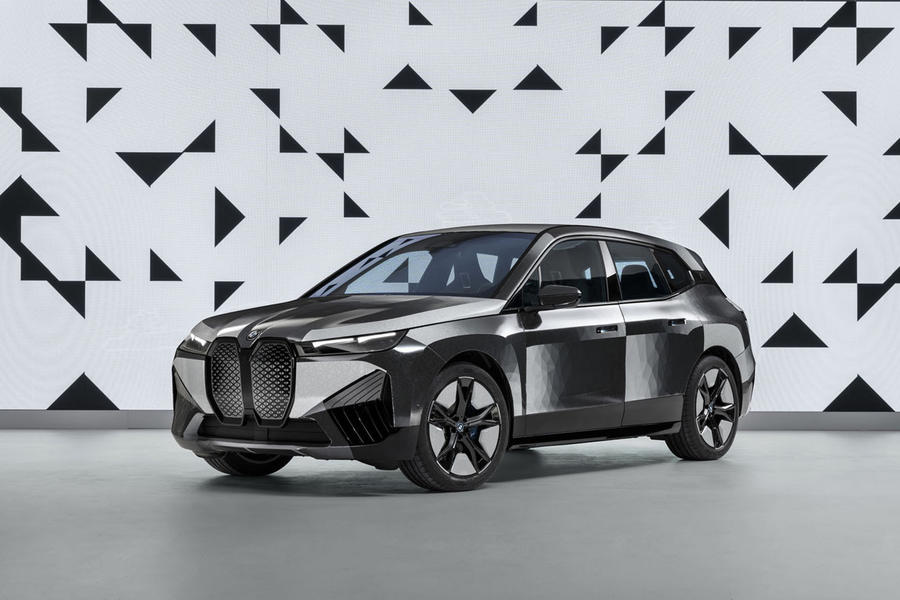 The BMW iX Flow featuring E Ink is the first car in the world whose exterior colour can change at the touch of a button. Head of the project Stella Clarke said: “By changing the colour of the car, we’re bringing personalisation to unforeseen levels.” She added: “We also see a lot of benefits from a usability and sustainability viewpoint.”

The changing colour can make the car more efficient by taking into account light and dark colours in relation to reflecting sunlight and the absorption of thermal energy. BMW explained: “A white surface reflects a lot more sunlight than a black one. Heating the vehicle and passenger compartment as a result of strong sunlight and high temperatures can be reduced by changing the exterior to a light colour. In cooler weather, a dark outer skin will help the vehicle absorb noticeably more warmth from the sun. In both cases, selective colour changes can help to cut the amount of cooling and heating required from the vehicle's air conditioning. This reduces the amount of energy the vehicle electrical system needs and, with it, the vehicle's fuel or electricity consumption.” 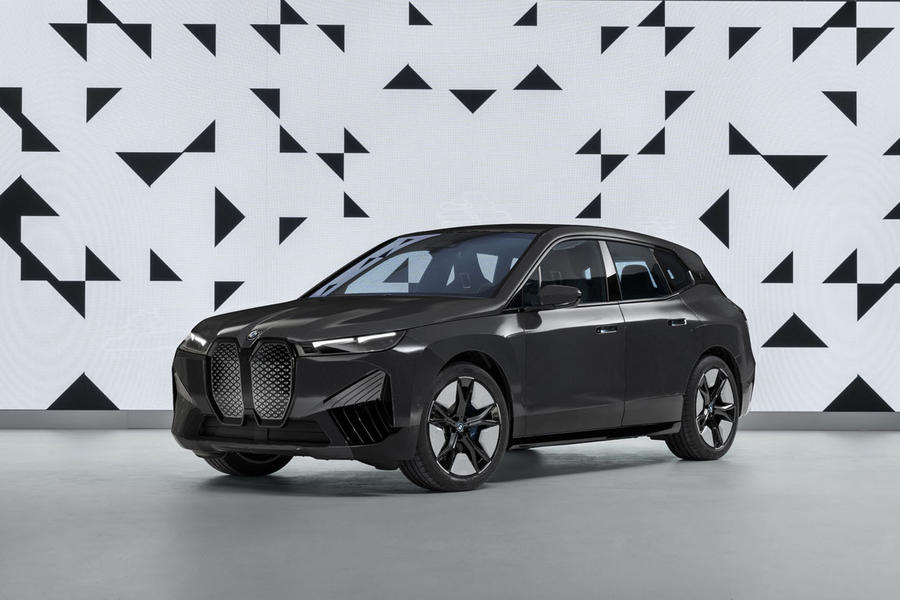 This principle could also increase the range of an electric car. The technology itself uses no energy to keep the chosen colour. Current flows only during the short colour-changing phase.

There is no confirmed production date but Clarke said: “This is a first try. It’s never been done before. We’re pioneering it and we’re hopeful it will go into production. At the moment, we can’t tell you when it will come.”

The colour changes are made possible by a specially developed body wrap tailored precisely to the contours of the iX Flow. When stimulated by electrical signals, the electrophoretic technology - similar to that used in Kindle e-readers - brings different colour pigments to the surface, causing the body skin to take on the desired colour.

There are millions of paint capsules in the custom wrap, with a diameter equivalent to the thickness of a human hair. Each of these microcapsules contains negatively charged white pigments and positively charged black pigments. Depending on the chosen setting, stimulation by means of an electrical field causes either the white or the black pigments to collect at the surface of the microcapsule, giving the car the desired shade. Achieving this involves using many precisely fitted electronic paper segments, which are designed to reflect the contours of the vehicle and variations in light and shadow.

After the segments are applied and the power supply for stimulating the electrical field is connected, the entire body is warmed and sealed to guarantee optimum and uniform colour reproduction during every colour change, said BMW.

Clarke said early indications show that repairing the technology won’t be a huge issue. “It is certainly repairable and not unrealistic from that aspect,” she said.

The in-car cinema of the future 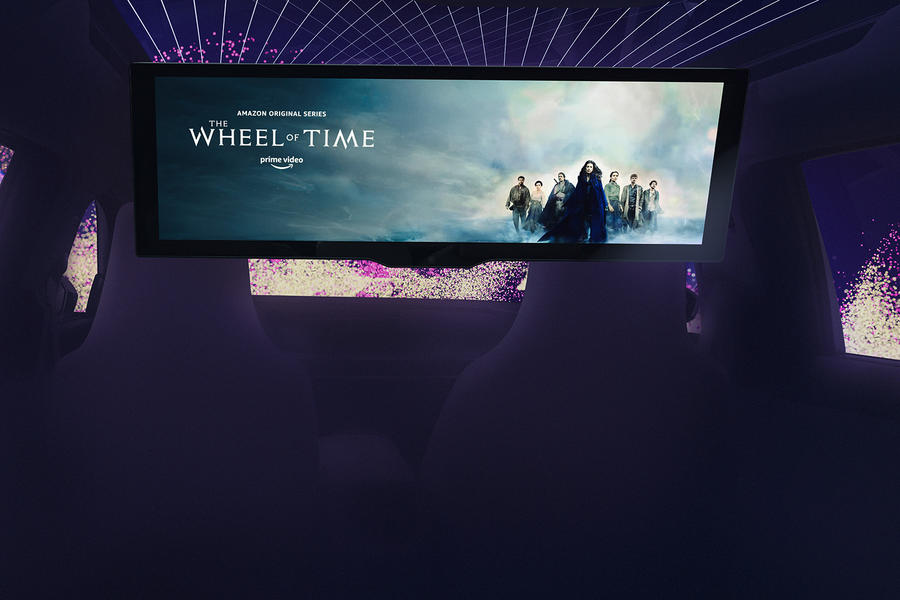 Called the BMW Theatre Screen, this concept transforms the rear seats into a cinema with a 31in ultra-wide display, surround sound and 5G connectivity.

By selecting a mode in the car called ‘My Mode Theatre’, the theatre screen lowers from the headline and lighting and sunblinds are adjusted “to get passengers in the mood for the one-of-a-kind immersive entertainment experience,” claimed BMW.

The large screen with smart TV function extends from the headliner on request by a rotary movement on two articulated rails at the sides. This motion is accompanied by sound created exclusively by renowned composer Hans Zimmer, which ends at the moment the screen reaches its final position. At the same time, the roller sunblinds for the side windows and the rear window are closed and the lighting in the rear of the vehicle is dimmed.

The screen, which reaches horizontally over almost the entire interior and in height from the headline to the backrests of the front seats, can be controlled by touch operation or using touch pads integrated in the rear doors. The tilt of the display can also be adjusted and the touch controls for both screen format and volume are on the right and left edges of the display so they can be used easily by all rear passengers.

BMW also announced it is working with Amazon to offer in-vehicle entertainment through Fire TV, giving access to much of the same content watched at home.

While the technology has been confirmed for production, no date has been given.

BMW development boss Frank Weber said: "We develop immersive, digital experiences for sheer driving pleasure. In Theatre Mode, the rear of the interior is transformed into a private cinema lounge. With the 31in display, 5G connectivity, 8k resolution, surround sound and individual streaming programme, an unprecedented experience is created that sets new standards in in-car entertainment."

BMW has created a range of specific sounds in collaboration with composer Hans Zimmer to mark out its electric models. The sounds will be launched in the BMW i4 in the next few months and in the BMW iX in the second half of 2022. BMW design chief Adrian van Hooydonk said: "Sound plays a key role in the emotionally engaging driving experience in a BMW.” He added that Zimmer’s compositions have given the firm's “all-electric models an unmistakable sound profile".

Called BMW IconicSounds Electric, it features a number of modes that create different sounds, each intended to “emphasise different facets of the vehicle’s character,” said BMW sound creative director Renzo Vitale. In Comfort, the standard setting in the iX, the sound conveys “an acoustic mood that expresses the vehicle’s avant garde and independent spirit”. By comparison, Sport mode is more focused on the driving experience, giving acoustic feedback on the drive’s power delivery. There is also an Efficient mode, where no sound is played.

A bespoke soundtrack for electric M vehicles intensifies the sound during acceleration. “We want to carry the traditional elements of the BMW M brand into the future,” said Vitale.

Digital art inside your car 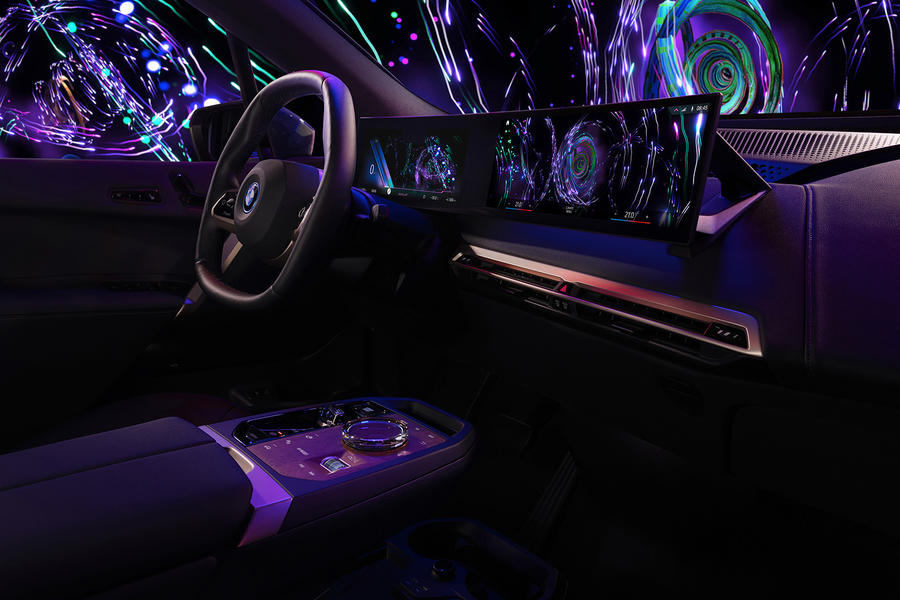 Claimed to be the first time digital art is being used in an automotive setting, the displays on the BMW curved screen have been created with renowned Chinese multimedia artist Cao Fei. First seen in the new BMW iX M60, it will be available on other selected BMWs this year.

The artwork, called Quantum Garden, addresses the many interactions and correlations in a globalised world using light elements that are constantly changing, moving and relating to each other. It is described as “galaxies of visual spaces filled with dots, light beams and nebulae constantly moving towards and away from each other at varying speeds while growing and shrinking again and again. They express the mostly invisible but continuous links connecting people, groups and systems.”

The latest BMW models using its operating system 8 already have Personal, Sport and Efficient modes, and now BMW has announced four more to be rolled out in the second half of the year. Two of them, Digital Art and Theatre are covered above, and the remaining two are called Expressive and Relax.

The so-called ‘My Modes’ use an integration of vehicle settings, display artwork and layouts, colours, light and sound to create “curated and emotion-evoking moments”, said BMW. 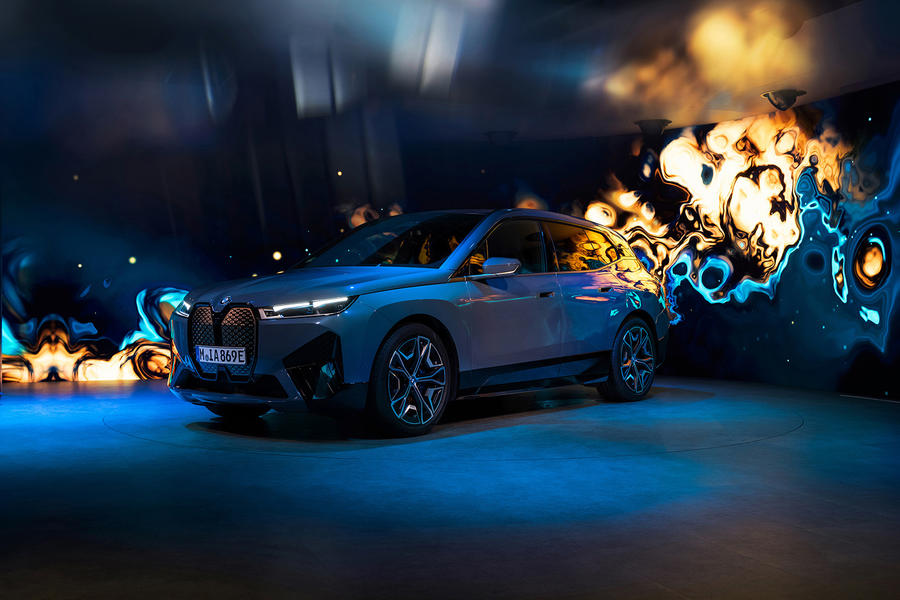 My Mode Expressive displays on the curved screen a bright yellow with a dark blue background and abstract patterns. In combination with BMW IconicSounds Electric for electric models, activating My Mode Expressive also produces an unconventional and highly characteristic sound in the interior. 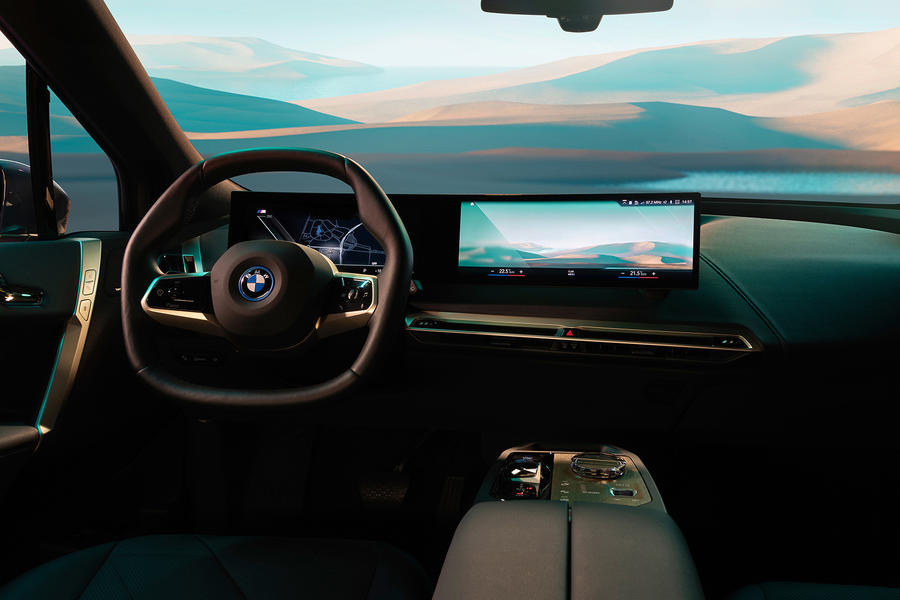 In My Mode Relax, the focus is on wellness and relaxation, encouraging a comfort-focused driving style. The graphics on the curved display are predominantly teal and inspired by nature. The artwork for the day shows a dune landscape that reflects the sunlight, while at night, the dune landscape is lit up by a starry sky and moonlight. In electric models, a relaxed and harmonious sound plays.

So... what colour is on the DVLA documents when the car is sold to you? Black? White? Perfect getaway vehicle for the police to chase and lose...!

Live in your Car?, get your food, pay your bills, almost like you could live in your Car, all a Car would need is a Shower and a Loo.

I remember when BMWs were sold as the "Ultimate driving machine".

This seems a long time ago now. I'm probably in the minority, but none of the above interests me in  a car.

catnip rest assured you are not, I am with you 100%. And BMW cannot currently build a car that can handle its current IT content for the warranty period, let alone longer. That said I have a 20yr old and a 22yr old and they could not give a crap about 'Ultimate Driving Machine' yet they still want Merc, BMW etc instead of Toyota, Honda (I am in USA where those brands are the default affordable, reliable options). These car company's know way better than you or I what is desired and what sells, and as long as people can easily buy new cars on credit that they otherwise could not afford then the trend will continue. Call your local Mercedes Benz Dealer and ask them for a replacement infotainment screen for a current S class, if the brain is needed, fitted its the cost of a new Fiesta!

I completely agree. We may be in the minority, but there are many of us.