BACK TO ALL NEWS
Currently reading: Under the skin: The various ways cars can get geared up
UP NEXT
GSR2: The new rules making cars safer but more expensive

Under the skin: The various ways cars can get geared up

The manual gearbox gets enthusiasts fired up, but what about the other transmissions?
Open gallery
Close

The gearbox is one of the most tactile elements of driving and one of the driver’s closest connections with the car. And as they have become more complex, with a greater variety of sophisticated technologies emerging, opinions have also become more focused. If internet chat is anything to go by, the favourite among enthusiasts is still the good old-fashioned manual.

A look inside the different types of gearbox may give a clue as to why that is. Manual gearboxes, straight-cut manual gearboxes, automated manual transmissions (AMTs), dual-clutch transmissions (DCTs) and motorsport sequential gearboxes all share a similar constant-mesh geartrain. In its simplest form, gears on one shaft (the main shaft) are in constant mesh with a second set of gears on a layshaft, hence the name.

The layshaft is cut from a single piece of steel, and each meshing pair gives a different ratio. When the driver selects a gear, one gear wheel on the main shaft is locked to it by a solid-steel dog clutch and torque is transmitted via the layshaft out to the driveline. Synchronisers between the dog clutches and gears prevent crunching.

In an H-pattern manual gearbox, the gear lever is connected directly to the selector mechanism, so the driver has complete control of gearshift timing.

An AMT gearbox is one in which the manual selector is replaced by an electric or electrohydraulic actuator. They’re often perceived as being slow (even though in reality they’re often not) and have largely been replaced by faster, slicker DCTs.

A straight-cut gearbox is one in which the gear teeth are cut straight across each gearwheel, while in a standard gearbox they’re cut at an angle (helical). Helical gears are quiet but absorb (waste) more torque from the engine. Straight-cut gearboxes are stronger and more efficient but very noisy and normally only used in competition cars. Straight-cut dog ’boxes take things a step further, doing away with the synchronisers between the dog clutches so that gearchanges can be made faster and without the clutch. Both are a more tactile versions of the manual, but a dog ’box needs skilful handling.

A motorsport sequential gearbox is a straight-cut dog ’box with a rotating sequential gear-selector mechanism. The design is quite different to the others, and instead of an H-pattern shift, the gearlever is pulled forward or backwards to change up or down a gear. Alternatively, they can shift via actuators and paddles.

A sequential gearbox can also be set up to ‘flat shift’ without lifting the throttle or using the clutch. When the driver applies pressure on the gearlever, a signal is sent to the engine control unit, which kills the ignition and fuel injection for a few milliseconds, unloading torque from the gears and allowing the gearshift to follow through. Such ’boxes are noisy, brutal and thrilling but not an option for road cars.

DCTs have two automated clutches transmitting half the forward speeds each, allowing gearchanges with no discernible interruption of torque on most upshifts, with one clutch closing and the other opening at exactly the same time.

In manual mode, shifts in a DCT are instigated by the driver but executed by computer and actuators. Depending on the way in which it has been calibrated, a DCT can feel bland and lacking involvement, which is perhaps the reason why more people are choosing manual gearboxes in performance cars and manufacturers are being forced to keep them in play.

Autonomy's on the way

High-level fusion, where environmental detection is performed separately for each sensor and then fused, has been in use for years. Continental says its new, more accurate low-level fusion, where sensor data is sent directly to a central computer then fused and interpreted, will give the comprehension needed for cost-effective levels three and four car autonomy by 2025. 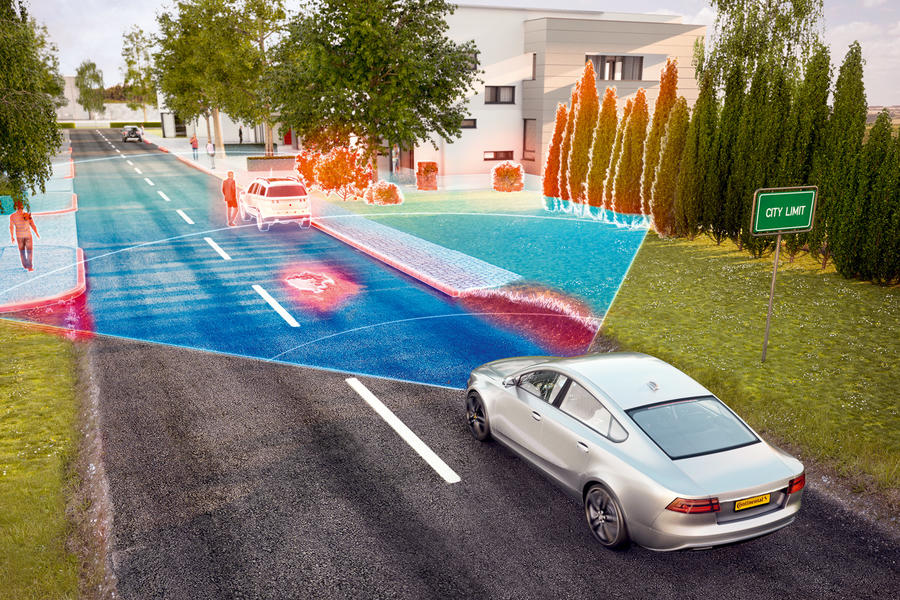 I always think that Automated Manual Transmissions get an unnecessarily  bad press and have not been given a chance.  They are always compared with slicker-changing automatics of various types when really they should be compared with the usually cack-handed (and footed) average driver.  I always try to change gear properly: reasonably quickly and smoothly, but often find it stressful when I fail to succeed.  When the driver has nothing else to do, but wait for an AMT to do its stuff, it can seem slow - a bit like watching a kettle boil!