BACK TO ALL NEWS
Currently reading: Under the skin: EVs are already helping to charge our grid
UP NEXT
Volvo C40 Recharge electric coupé-SUV arrives with 402bhp

Under the skin: EVs are already helping to charge our grid

Manufacturers have been talking about vehicle-to-grid (V2G) transfer of energy since the fledgling days of EVs but, back in the day, it sounded like a fanciful idea. Now it doesn’t and it seems likely that V2G will become a standard feature on planet EV in the next few years.

In early June, Western Power Distribution (the folks who brought you the Electric Nation smart-charging trial in 2018) kicked off phase two of Electric Nation – a V2G trial in the midlands, south-west and South Wales. WPD is partnering with CrowdCharge to supply specially developed £5500 V2G domestic chargers free to 100 users of Nissan Leafs across the three regions. In the 24 hours after users were invited to take part, exactly 100 Nissan drivers snapped up the opportunity.

Electric Nation is claimed to differ from other V2G projects mainly because five different energy companies are involved, which should mean results are closely aligned with real-world actualities.

Using systems that offset peak energy demands by storing surplus off-peak electricity has always been on the agenda of any discussion about sustainable energy. The principle of V2G isn’t to use up leftover charge in an EV’s battery. Because topping up the battery may take only a few hours on a 7kW domestic charger, even though the car may be connected for much longer overnight, that leaves plenty of time to use the battery capacity for another purpose.

That’s where V2G comes in. It can use the ‘spare’ battery capacity of an EV to buffer off-peak energy, then use it to meet high demands at peak times. To use a banking analogy, it’s like making energy deposits and withdrawals when the EV isn’t being used. If a signifi cant proportion of the 40 million-plus cars on UK roads were battery EVs connected using V2G, that could provide a colossal reservoir of energy storage to cover spikes in demand. V2G is a step beyond smart charging in managing the load on local distribution networks and will help support the national grid as well.

Cars are connected via a controller and inverter to convert DC current from the battery into synchronised AC current to be fed back into the grid. The opposite happens when the car is being charged. Software algorithms enable the driver’s use versus the grid’s use to be fi nely judged. For example, drivers can input their requirements via an app and artifi cial intelligence and forecasting also come into the equation, striking the balance between the driver’s and the grid’s demands on the battery.

Nissan owners were invited to join the Electric Nation V2G trial because the Leaf supports the Chademo connection standard, which is compatible with current V2G technology. The popular rapid-charging combined charging system (CCS) standard isn’t yet but it is expected to be by 2025. The connection with the car battery is DC both ways and the high cost of the chargers is attributed to the fact that the controller and inverter technology is built in to them. In the future, it looks likely that EV inverters (every EV has one) will do the job instead. 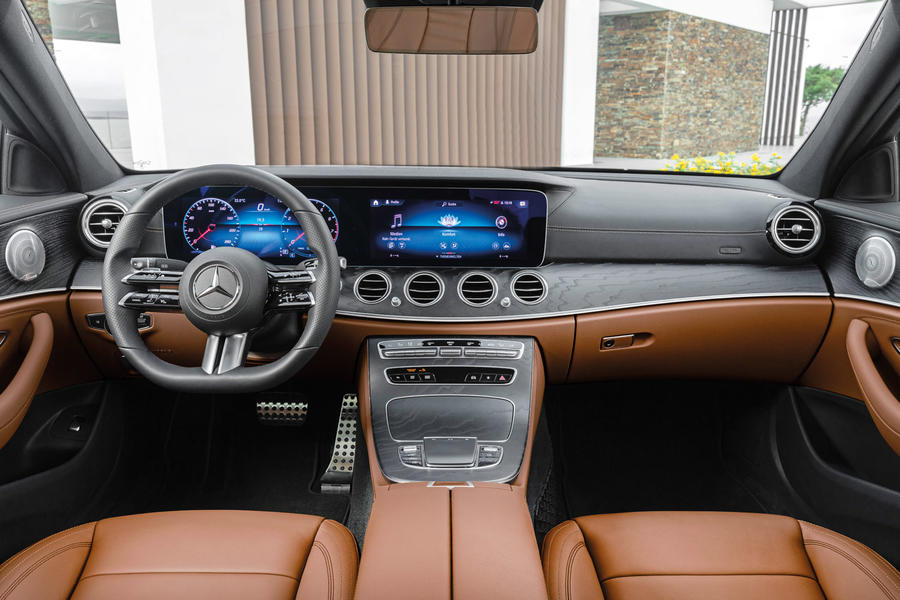 Capacitive discharge isn’t something found only in touchscreens. Mercedes-Benz is introducing a steering wheel on the E-Class with capacitive functions. The rim contains two sensor mats that detect whether the wheel is being gripped (rather than relying on wheel movement) but the switches on the yoke are still conventional.

Under the skin: Why four-valve cylinders trump two

So I get a call from a member of my family calling me to an emergency, I run to the garage where my Leaf has been plugged in all day charging, expecting to find it full up and ready to go. Unfortunately the National Grid has been using my Battery to boil my neighbours' kettles and I'm buggered.

As mentioned in the previous letter, but not in the Article, it is likely that this scheme would have a significant impact on battery life. On the face of it, charging cycles would almost double. Sounds like a win for the network, but not the car owner.

I believe battery age not the number of charging cycles is the main cause of deterioration.