BACK TO ALL NEWS
Currently reading: Wraps come off new 2022 Maserati Grecale ahead of reveal
UP NEXT
New 2026 Polestar 6 confirmed as 874bhp evolution of O2 concept

Wraps come off new 2022 Maserati Grecale ahead of reveal

The Maserati Grecale has now been officially revealed - read all the details here.

New images posted to Instagram by Wilco Blok show the Porsche Macan rival in full production-spec bodywork, without the now-familiar camouflage it has worn throughout a lengthy testing programme on public roads. It is wearing some of the promotional stickers we saw in some recent teaser images, but largely appears as it will at a full official unveiling in less than two weeks.

Originally planned for an unveiling last year, the Grecale was delayed due to a shortage of semiconductors preventing Maserati from commencing series production.

The company said it made the decision "in view of the background problems that have caused interruptions in the supply chains for the key components necessary to complete the car’s production process". Production limitations imposed by the crisis mean it would not have been able to cater to the anticipated global demand for the car.

The Grecale is clearly a similar size to the Alfa Romeo Stelvio, with which it will share the bulk of its underpinnings, and now we've had a good look at the car's final design, the influence of the larger Levante is evident.

It is named Grecale after the "fierce north-east wind of the Mediterranean Sea". The model forms a key part of Maserati's bold revival plan that it launched in 2020 with the reveal of the MC20 supercar.

Destined to play "a key role in the brand's development", the Porsche Macan rival will be built on the same production line as the Alfa Romeo Stelvio in the FCA plant in Cassino, Italy. Maserati is planning an investment of around €800 million (£790m) in the plant. 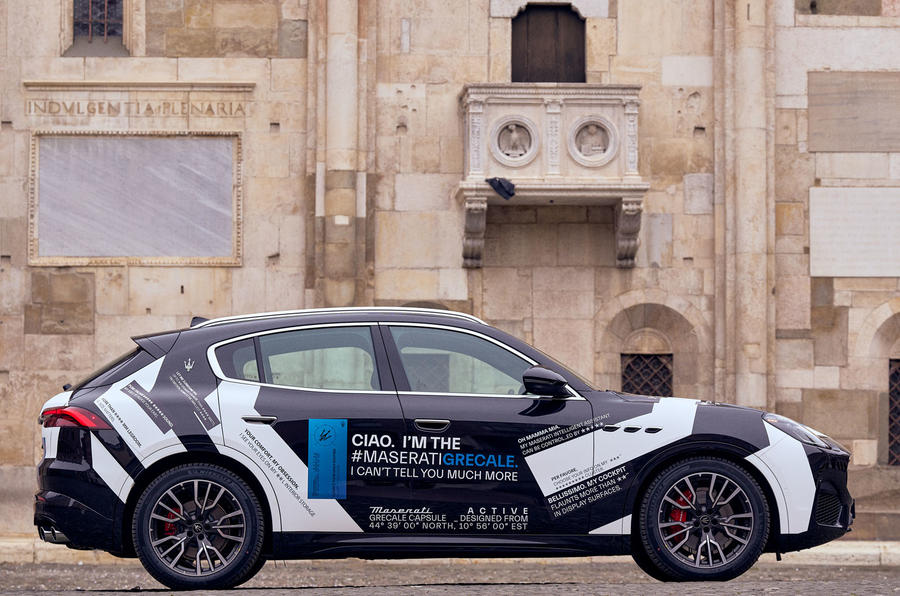 It will also share much of its underpinnings with the Stelvio, and a fully electric version, the Folgore, is also due to arrive down the line. However, the combustion-engined models will use Maserati rather than Alfa-sourced engines, likely to include the mild-hybridised 2.0-litre turbo offered in the Ghibli and Levante, and a downtuned version of the MC20's new Nettuno V6 for the most potent variant.

By 2023/2024, the brand will also have a new-generation Levante and Maserati Quattroporte, also both available with an electric powertrain. In top-spec form, this will use an 800V electrical system and three motors.

Looks as though Maserati are on the right track unlike Jaguar under new management about to _uck it up no  strategy that will work land Rover  are a different market to crossovers i.m.h.o. so now after 2024/5 if you want something more sporty you won't have a jaguar choice but this looks promising.Toscrap off the XJ ,J pace and Road Rover sibling seems crazy when yo uhave developed them .

manicm 11 March 2022
The front has an identity crisis. The headlight positioning is pure Porsche.
ElizabethLaw 15 February 2022