BACK TO ALL NEWS
Currently reading: Volkswagen Passat saloon axed but popular estate continues
UP NEXT
Spending 48 hours touring in a Ferrari Roma

Volkswagen has ended production of the Volkswagen Passat saloon, citing stronger sales of the estate and the arrival of the Arteon fastback as factors in the decision.

The four-door Ford Mondeo rival is no longer available to order, and a spokesman confirmed that production was ended shortly before Christmas.

The B8-generation Passat has been on sale since 2014 and isn't due to be entirely replaced until 2023, when the ninth Passat iteration is slated to arrive atop an updated version of the MQB architecture and with a greater emphasis on practicality.

But several months ahead of the model's retirement, Volkswagen has taken the decision to streamline the range, leaving only the estate on sale.

Autocar understands the more capacious car has outsold the saloon by a ratio of around 2:1 since at least the Passat was facelifted in 2019.

Volkswagen has sold saloon and estate versions of the Passat since the original launched in 1973.

Data obtained by Autocar shows that in the 11 months to December last year, Volkswagen sold 3503 Passats in the UK, predominantly to fleet customers, but a detailed breakdown of variant volumes was not available.

Another factor in the saloon's early demise is the existence of the similarly positioned Volkswagen Arteon, which offers comparable levels of interior space and a similar engine line-up to the closely related Passat, albeit at a sizeable premium. 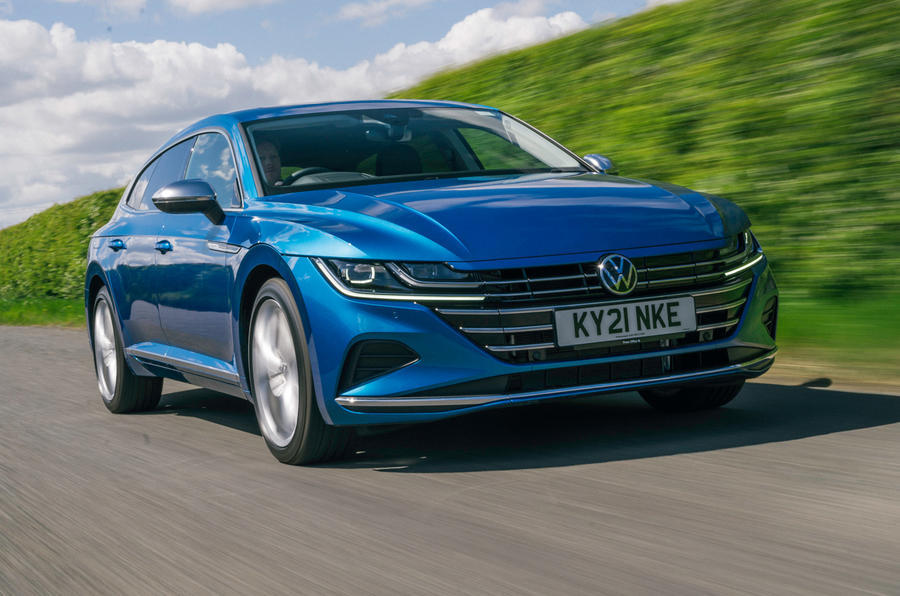 Notably, however, the Arteon Shooting Brake continues to be offered alongside the Passat Estate, with prices starting at £38,230 compared with the latter's £31,240.

The company hasn't set a date for the estate's withdrawal, but news of the saloon's retirement comes as development ramps up on the new 'Aero-B', which will essentially serve as an all-electric equivalent to the Passat.

This new arrival, which will use the same MEB platform as the Volkswagen ID 3 and ID 4, will offer a choice of rear- and four-wheel-drive layouts, a choice of battery sizes and – crucially – the option of saloon and estate bodystyles.

VW sells two generations of the Passat in China (called the Passat and the Magotan) and each (!) sells about 200,000 per year - anyone think VW cares about Passat sales in the UK, they are just a high CO2 drain so best to only sell high profit margin versions (and that's if they can get the chips to make them)

Andrew1 7 January 2022
"Data obtained by Autocar shows that in the 11 months to December last year, Volkswagen sold 3503 Passats in the UK"

Love it when motoring journalists think that the UK market is the only one that matters.
For the record, they sold some 80.000 in Europe, last year. I haven found the world-wide figures.

WallMeerkat 7 January 2022
No real room for it, if you want a big VW that isn't an SUV the Arteon ticks the boxes and has a practical hatch. Or elsewhere in the VW group, the Skoda Superb offers similar size, shape and again a fastback hatch for cheaper. Arguably better looking than the Passat too.
Andrew1 7 January 2022
I think they should have made the Passat a hatchback, instead of canibalising their sales with a new model.
Same with BMW: The 4 series GC should have been the 3 series.
Why would you buy a saloon when virtually the same car is available in a more practical hatchback shape?
Zeddy 8 January 2022

I like the look of a saloon more than a hatch?

I love a coupe though.

Not as many do now though.

I think it comes from the days when BMW, Mercedes, etc made saloons whereas Ford, Vauxhall were the market leaders in hatchbacks.