Genesis, the fledgling luxury brand owned by Hyundai, is preparing to enter the new age with a pair of fully electric models.

Seen testing within hours of each other between Hyundai’s European technical centre and the Nürburgring, the two models will sit at opposing ends of the Genesis range.

The first, codenamed Genesis JW, is a bespoke crossover-style EV expected to be targeted at Europe when the brand eventually launches in the region. Set to use the same e-GMP platform as the Hyundai Ioniq 5, it will adapt design cues from the Hyundai 45 concept shown last year.

The Tesla Model Y rival’s finished look isn’t clear to see behind heavy camouflage. However, we can see that it’s a coupé-crossover. We also know that Hyundai is targeting a range of up to 310 miles with its EV architecture.

Expect a noticeably more upmarket cabin in the JW compared with the Ioniq 5 and a market launch following that car’s 2021 debut. 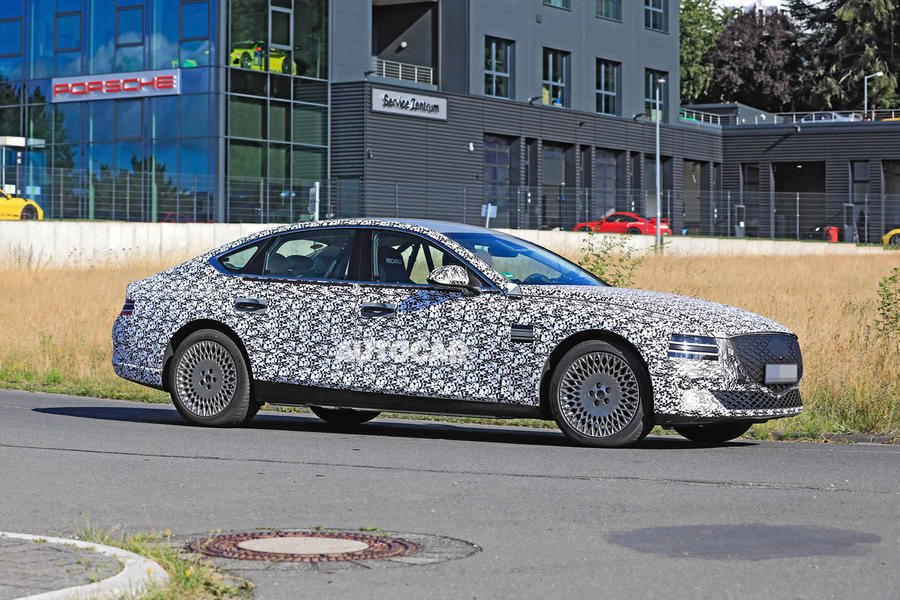 The second electric Genesis to be papped, this time outside the fearsome German circuit, is a battery-powered version of the G80 saloon. Adapted from an already on-sale model, telltale cues that it's an EV include a closed-off grille and no visible exhaust. We expect the same range target for this model, which should launch in 2021.

Genesis boss and ex-Lamborghini designer Manfred Fitzgerald told Autocar in 2018 that the brand was “focusing on the UK” as a key market in Europe, adding: “We’re definitely building right-hand-drive cars for 2020.”

It’s unlikely that Genesis will stick to its 2020 launch objective, given the disruption caused by the coronavirus pandemic, but the appointment in April of former Aston Martin and Maserati executive Enrique Lorenzana as its head of sales in Europe suggests the launch will go ahead in the near future.

Genesis boss: UK will be 'main target' in 2020 European launch​

Amazing that they have come

Amazing that they have come so far in so short a time. Fantastic.