Tesla cuts 7% of workforce to boost margins and production

Tesla will cut its full-time workforce by around 7% in a move to reduce costs and allow production of the Model 3 to be ramped up, according to an email sent to employees by Elon Musk.

The CEO of the American electric car maker claimed it “will need to make these cuts while increasing the Model 3 production rate and making many manufacturing engineering improvements in the coming months”.

Musk also wrote that the apparent workforce growth of 30% last year is “more than we can support”, so Tesla intends to retain just “the most critical” contractors and temporary workers. 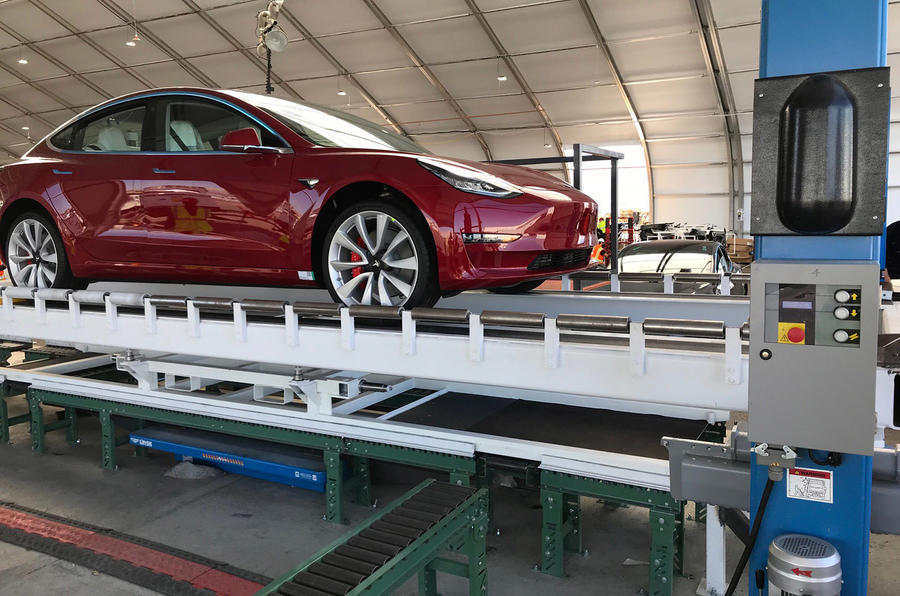 The email, sent to all full-time staff, cites Tesla's “first meaningful profit”, of 4% in the third quarter of 2018, in the fifteen years the company has been established. However, that profit was due to the company selling only higher-priced variants of the Model 3 in North America, and Musk stated a need “to reach more customers who can afford our vehicles” by rolling out mid-range variants from May.

Last June, Tesla cut around 9% of its workforce, again as a cost-reduction tactic. However, the workforce was built back up to similar levels by the end of the year. Reportedly, the firm currently employs 45,000 people worldwide.

Musk also wrote that “higher volume and manufacturing engineering improvements are crucial for Tesla to achieve the economies of scale required to manufacture the standard-range (220-mile), standard-interior Model 3 at $35,000 and still be a viable company”.

So Tesla are making 3 models

So Tesla are making 3 models with 45,000 people (plus development). By contrast JLR make about 12 models with slightly less people.

Most companies become over staffed at some point. But the point I was making is that Tesla and JLR have about the same headcount but JLR make 12 models and they make 3. It suggests that Tesla are 4 times more overstaffed than JLR which is ridiculous.

Not the number of different

Not the number of different models but the number of cars Tesla makes and last time I looked Tesla cars now outsell every luxury brand in the states.

JLR are also rans around the bottom

So Tesla are making 3 models with 45,000 people (plus development). By contrast JLR make about 12 models with slightly less people.

You do know that you can check most things on Google before typing guff?

For a start you need to compare cars sold per employee, that’s a more representative measure, and that’s before you look at average salary cost per car, etc.

So Tesla running at an annualised sales rate of 360,000 cars with 45,000 employees. JLR have 43,000 employees and 430,000 sales. So yes, JLR build more cars per employee, but their sales have fallen off a cliff, so I imagine now they are worse than Tesla at present. Then you have to look at R&D, etc to see which company is investing in the future. Way more complex than simply making up a few numbers and posting. Not for or against either company, just against keyboard jockeys who spout without knowledge

Don’t let facts get in the way of a good post eh?

No doubt Mike Hawes from SMMT will be blaming the uncertainty of Brexit.

For a very modern car company they sure employed alot of people to begin with, maybe you could put that down to the need to grow quickly regardless of cost.

How does cutting staff allow

How does cutting staff allow production to be ramped up?

How does cutting staff allow production to be ramped up?

The issues with the production of the Tesla 3 has been well documented and if they are finally managing to get the automated production line working as it should have done from day one, then the workers they having been using to manually produce the vehicle will become surplus.

Tesla....the interiors are so cheap it is disgusting.