Called the Sutton VIP Class LEVC, the model is based on the Coventry-built range-extender electric taxi that has been plying city streets since 2017. However, its functional cabin has been completely overhauled.

The hard-wearing plastic trim has been replaced with an extensive use of Sandalwood leather and Alcantara throughout. Rubber floormats have been junked in favour of thick-pile carpet, while hand-crafted wood veneers adorn the doors.

The rear seats have also been redesigned with a focus on comfort, while multi-colour adjustable ambient lighting features. 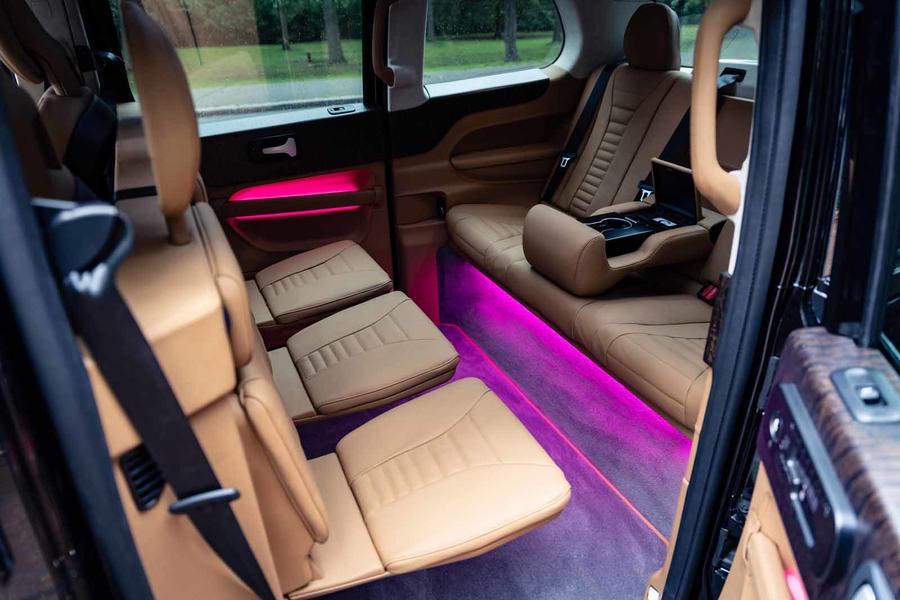 A number of other tech upgrades are included. The stereo has been upgraded, a TV tuner with Apple TV has been installed and there's even the option of a fitted Sony PlayStation 4 games console. Rearmost passengers also receive a new centre armrest hiding a fridge mounted behind the seats.

A retractable screen separates the driver and passenger compartment for increased privacy, while soft-close doors can be specced.

Externally, the VIP Class LEVC is less differentiated from the regular TX. However, a black-and-silver paint scheme aims to subtly mark it out, while the illuminated taxi sign on the roof instead reads VIP.

All this doesn't come cheap, however: Sutton quotes a price of £120,000 for private buyers, or about £100,000 excluding VAT for business customers - twice the outright base price of the standard taxi. First examples will be completed later this year.

Not sure that interior can

Not sure that interior can handle the results of 8 pints and a prawn vindaloo.

Not sure that interior can handle the results of 8 pints and a prawn vindaloo.

The duke of Edinburgh used to

The duke of Edinburgh used to be driven in a gas powered Metrocab to his London appointments.

This would be a nice replacement for the Royal Family to ride around the capital :P