BACK TO ALL NEWS
Currently reading: Sunderland confirmed for next-gen Nissan Qashqai and X-Trail production
UP NEXT
Oxfordshire firm reveals 371bhp Porsche 964 911 restomod

Sunderland will also continue to produce the Juke, making it a European hub for Nissan SUVs and quelling fears Brexit could shrink the site
Share
Open gallery
Close
Share story

The next-generation Nissan Qashqai and X-Trail models will be built alongside the Juke at the Nissan’s Sunderland production plant, meaning the factory in the north east of England will become a European hub for crossover production.

The move will ensure the survival of more than 7000 jobs in Sunderland, with Nissan confirming that the decision was made following strong support from the British Government, which is working to ensure the UK’s automotive industry remains strong during Britain’s ejection from the European Union. 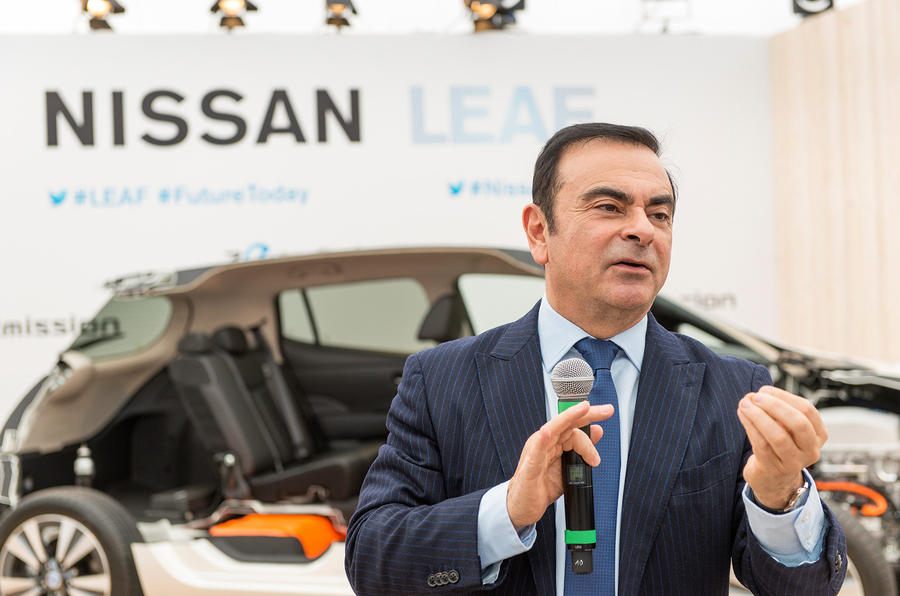 Chairman and CEO of Nissan Carlos Ghosn (pictured above) said this morning “I am pleased to announce that Nissan will continue to invest in Sunderland. Our employees there continue to make the plant a globally competitive powerhouse, producing high-quality, high-value products every day.

“The support and assurances of the UK Government enabled us to decide that the next-generation Qashqai and X-Trail will be produced at Sunderland. I welcome British Prime Minister Theresa May’s commitment to the automotive industry in Britain and to the development of an overall industrial strategy.”

The news follows the announcement from the Office for National Statistics that Britain's economy grew by 0.5% between July and September.

The next-generation Qashqai will arrive with sophisticated autonomous technology. The future X-Trail was previewed in a concept earlier this year.

Opinion: Nissan's commitment to Sunderland is a big boost for Britain

It's amazing how many deluded posters on here and elsewhere are still continuing with their fantasies of staying in the corruption-fest that is the EU. It isn't going to happen.
k12479 27 October 2016

Nissan's, or rather Ghosn's,

Nissan's, or rather Ghosn's, comments were opportunistic hot air. As mentioned, Japanese plants in the UK are amongst the most efficient. The UK market is also very important for them, the Japanese having failed to make significant inroads into the rest of Europe. Shifting production/investment out of the UK to elsewhere in the EU would jeopardise their UK market share (tariffs/FX/goodwill) whilst also requiring significant investment into new facilities as they have little EU production capacity (Nissan might do in Spain but that's not low cost Europe).
Soren Lorenson 27 October 2016

I suspect that the government is confident that it will get a free trade deal on cars. The EU send us more cars that we send to them and Germany in particular, but also France, Belgium, Spain, Italy and the Czech Republic will all be keen on business as usual.

If tariffs were imposed then because we import more than we export the government would still be better off subsidising the UK plants using the tariffs collected on EU made cars.

Essentially the UK and the EU know that free trade is in everyone's interest. They just have to find a way to make it look like the UK isn't getting it all its own way. Despite the hard Brexit talk my guess is that we will remain in the EEA with a deal that excludes free movement of people but allows free movement of labour. Just a guess.