BACK TO ALL NEWS
Currently reading: 2017 Nissan Qashqai autonomous tech previewed in new Serena - plus video
UP NEXT
New Mercedes-Benz EQA revealed as sub-£40k electric crossover

Propilot system in Japanese MPV will be used in Nissan’s next-generation crossover, and has been demonstrated in a new video
Share
Open gallery
Close
Share story

Propilot autonomous technology due to be fitted to the 2017 Nissan Qashqai has made its market debut in a new Japan-only model called the Serena.

The five-door Serena MPV (pictured below) won’t be sold outside of Nissan’s domestic market, but its driverless system will be added to other global models in the coming months, including the UK-built 2017 Qashqai.

The Propilot system (which was previously called Piloted Drive but has now been renamed) can control the car’s accelerator, brakes and steering using data obtained through a mono camera, which is more sensitive than a normal colour camera. The camera can see lane markings and other vehicles in three-dimensional depth. Propilot can then control the distance to a car ahead when driving on a motorway, with speed preset by the driver. It can also steer the car on lane-marked roads.

The system can bring the car to a complete halt in traffic or to avoid a hazard. It can then accelerate the car back to cruising speed once the driver presses the switch again or lightly presses the throttle pedal.

Insiders say the system will reach the 2017 Qashqai unchanged, so we can expect the same autonomous capabilities as the Serena to be featured on it. 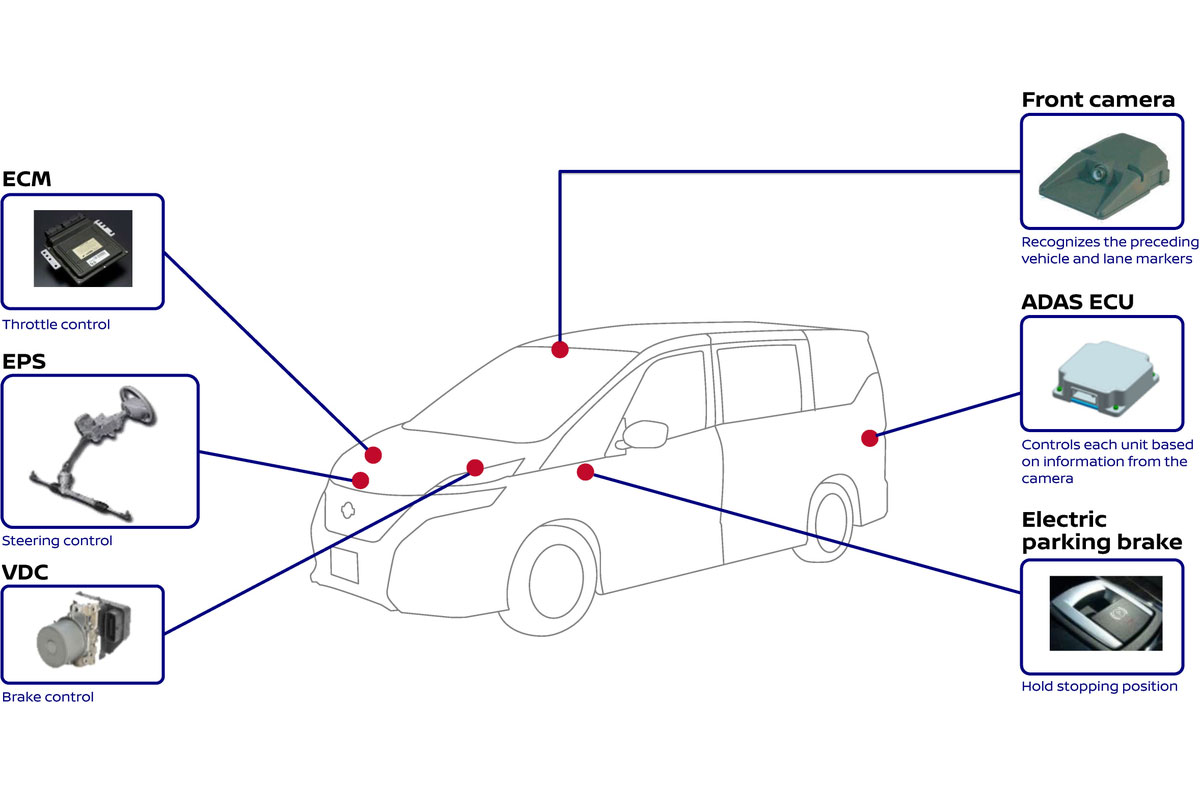 Nissan’s first Propilot system could be seen as a rival to Tesla’s Autopilot, which can also control speed, maintain gaps and steer a car automatically. But Tesla’s system goes one step further because it can change lanes, too.

However, a Nissan spokesman has previously said a second-generation system is already under development and will add several more autonomous features to future Nissans. The car maker is due to produce 10 autonomous-capable vehicles before 2020. The first of those to be sold in the UK will be the 2017 Qashqai.