BACK TO ALL NEWS
Currently reading: Skoda, Volkswagen and Cupra preview distinctive urban EV trio
UP NEXT
New 2023 Audi A4 Avant undergoes tests in the Alps

Compact EVs will be built in Spain from 2025 as part of huge £8.5bn VW Group investment package
Open gallery
Close

Sibling brands Volkswagen, Skoda and Cupra will each launch ultra-compact urban electric cars in 2025 atop a shortened version of the MEB EV platform - with all three to be built on a new production line in Spain.

The new cars were previewed in sketch form by VW Group CEO Herbert Diess, who said they will "make the access to e-mobility easier and push the country's future of mobility for generations to come".

Confirmation that the urban EVs will be built in Spain comes as the VW Group outlines a massive €10 billion (£8.5bn) initiative to build a new battery factory in the region of Sagunto to supply vehicle production lines in Martorell and Pamplona.

It is the third of six battery factories the VW Group will build in Europe by 2030, with two already confirmed in Germany and Sweden. Other countries in the running for the remaining three include the Czech Republic, Slovakia, Poland and Hungary.

This latest investment is described as "the biggest industrial investment ever made in Spain" and VW says it will create more than 3000 jobs in the country. 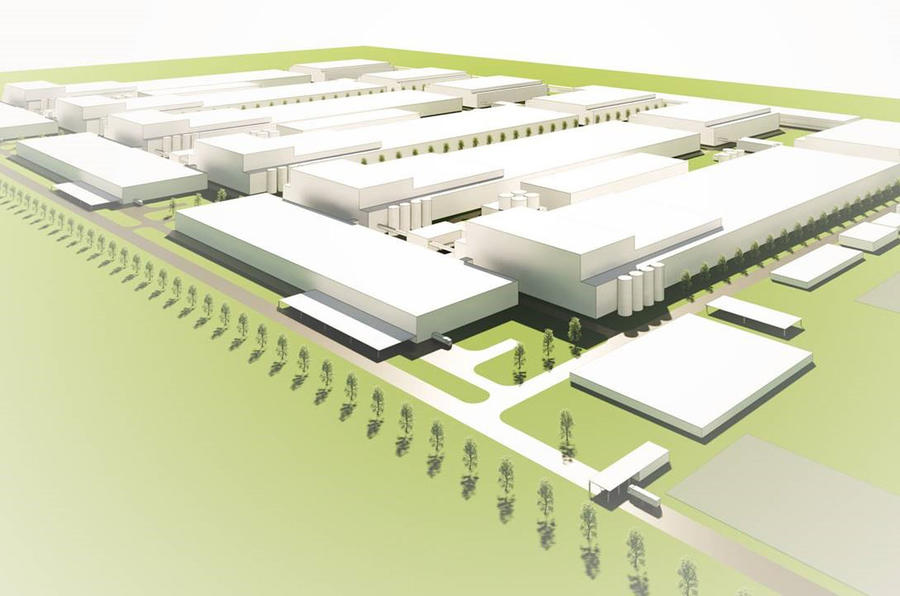 The factory, powered by a dedicated solar panel farm less than 6 miles away, will have an annual capacity of 40GWh and occupy an area of 200 hectares. Construction will begin in the first quarter of 2023 and batteries will start being produced in 2026.

The cars themselves will be based on a dedicated architecture referred to as MEB Entry and largely based on that used for the Volkswagen ID 3 and ID 4. They will essentially serve as replacements for the Volkswagen e-up, Skoda Citigo-e iV and Seat Mii Electric urban Evs.

Volkswagen gave strong clues to its plans for an urban EV at last year's Munich motor show, with the compact ID Life crossover concept, but widely circulated reports earlier this year suggested that car's design team had gone back to the drawing board to swap its retro design cues for a more futuristic look. 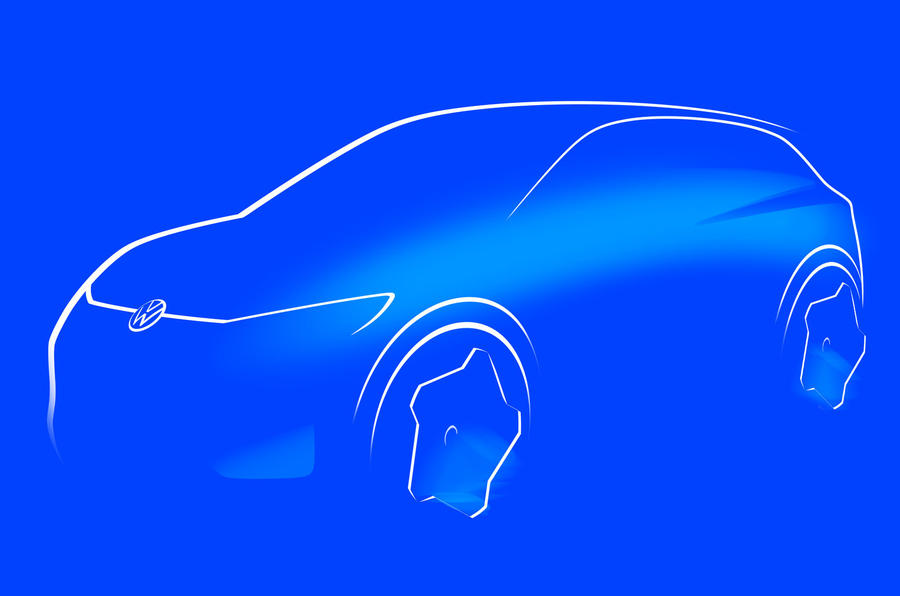 Certainly, the latest sketch shown by Diess hints at a completely new treatment for the baby Volkswagen, with its simplistic, angular silhouette swapped for a curvier look that looks to bring it into line with the previewed Volkswagen Trinity flagship saloon that will be launched at around the same time.

Cupra's car, meanwhile, will be an evolution of 2021's outlandish UrbanRebel concept - albeit, as the sketch shows, with less overtly motorsport-inspired design cues. The squat, compact proportions remain, but the huge rear wing has been swapped for a more conventional wing, the front end has dropped its prominent splitter and the rear window will be notably extended - possibly to accommodate a second pair of doors.

But while those two cars will be evolutions of previously seen concepts, Skoda's take on the formula will be all-new, and one of the first production cars from the Czech brand to adopt a new design treatment referred to as 'Modern Solid'.

The first car designed to this brief will be shown later in 2022, but already from the urban EV sketch it is clear that Skoda will emphasise ruggedness and simplicity with its new-era styling - a marked departure from its current cars, particularly those in lower segments.

Earlier this year, then-Skoda CEO Thomas Schäfer promised the firm's smallest EV would be "differentiated from our sister brands and a beautiful concept that really fits Skoda", suggesting the divisions in this segment will be much more tangible than in the full-sized electric hatchback sphere, in which the VW Group currently sells the near-identical Volkswagen ID 3 and Cupra Born.

Looks to be a whole lot bigger than an UP or Citigo, so hardly a replacement for them

They've reckoned before they're about the same size as a T-Cross, which, as you say is nothing like an Up replacement. Motoring journalists really should challenge manufacturers when they come out with this rubbish, its the same with Citroen saying a budget C3 will satisfy those wanting a C1.

I didn't know they were redesigning the ID Life, I quite liked its chunkiness, but does this mean it won't be going on sale for £17,500 now?

With every new replacement model being bigger and better worse, and an SUV to boot, a restored classic as an everyday driver, is looking increasingly inviting.

Makes much more sense than yet another EV high performance sports car.

To be badged as a Cupra, this probably means VW is phasing out the Seat brand.